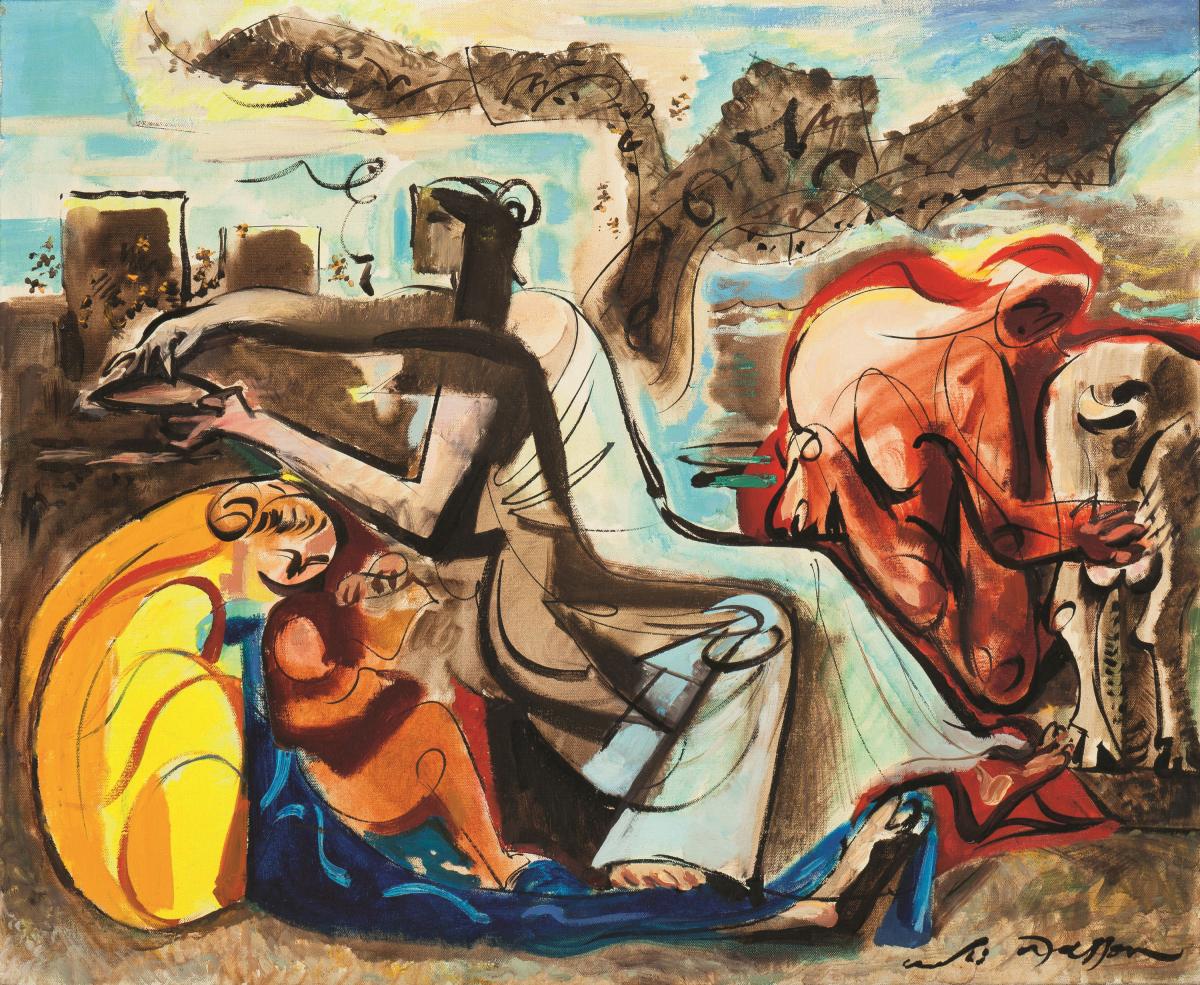 The outbreak of World War One was to have a profound effect upon André Masson and his later working life. He was severely injured on the field of battle at the ‘Chemin des Dames’ in the Somme, leaving a physical and psychological legacy which led to an essentially pessimistic view of the human condition. After long spells in hospital, he was back in Paris by the early ‘20s, where after a brief spell as a follower of Cubism he embraced the burgeoning Surrealist movement and participated in the first Surrealist exhibition at the Galerie Pierre in 1925.

Surrealism gave André Masson access to the psychological roots of art, allowing free expression of his personal preoccupations and themes. However, by 1929 he had left the movement to focus on expressing his own individual interpretations in his biomorphic abstract paintings using rounded, organic and sinuous forms.

On the outbreak of the Second World War André Masson was in danger of persecution because his work was regarded as degenerate by the Nazis. He and his family moved to Connecticut in the USA, where he continued to work. Although pursuing his abstract themes, he once again returned to the practice of ‘automatic drawing’ which he had used to great effect during the Surrealist years in the twenties, now applying this technique to his abstract work. The paintings of this period are thought to have had a great influence on the artists in the USA embracing Abstract Expressionism at that time, and in particular Jackson Pollock and his ‘action paintings.’

In 1946 André Masson returned to France and settled in Aix-en-Provence, focusing on landscapes and making use of a more luminous palette, and also designing for the theatre. His most prestigious commission came from the French Culture Minister André Malraux in 1965 to decorate the ceiling of the Théâtre de l’Odéon in Paris. The painting Le Miel et Le Lait, executed in 1968, was part of an ongoing exploration of Greek mythology on the part of the artist, who had chosen for his theme for the ceiling of the Théâtre de l’Odéon, Apollo, God of the Sun.

Tragedy and Comedy featured strongly in these works, conveying the extreme of human emotion. Le Miel et le Lait continues this theme telling the story of the newly born Zeus. His mother Rhea hid her son on the island of Crete to escape the jealousy and danger of infanticide by his father Kronos. Zeus was entrusted to the care of a nymph, Melissa, who fed the baby the earthly foodstuffs of milk and honey, the milk provided by the goat Amalthea. Masson bathes the scene in sunny, incandescent colours, whilst the olive tree which overhangs Zeus has the air of a large protective eagle, representing Aetos Dios, a giant golden eagle who served as Zeus personal messenger and companion.

Seen as a major contributor to Surrealism, André Masson’s paintings were the subject of major retrospective exhibitions in Basel (1950) and New York (1976). His paintings can be found at the Tate Gallery London, the Museum of Modern Art in New York, the Ernest Hemingway Collection at the John F. Kennedy Library in Boston, USA, and in various museums and private collections worldwide. 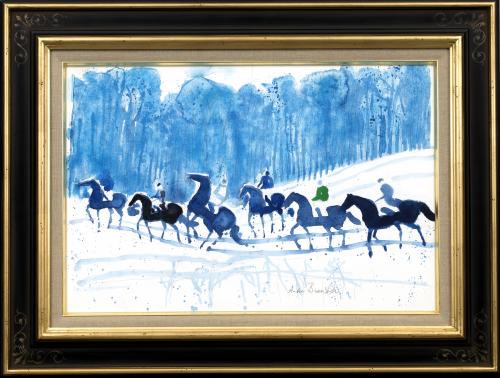 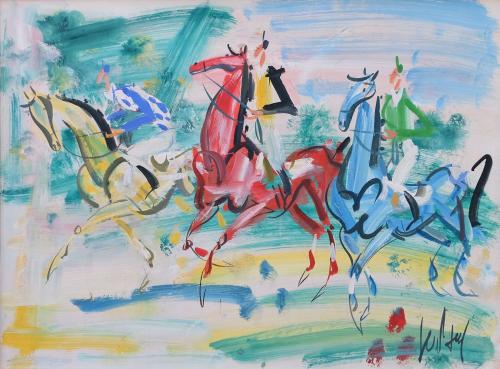 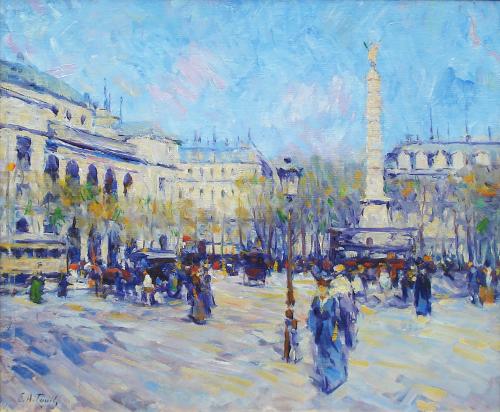