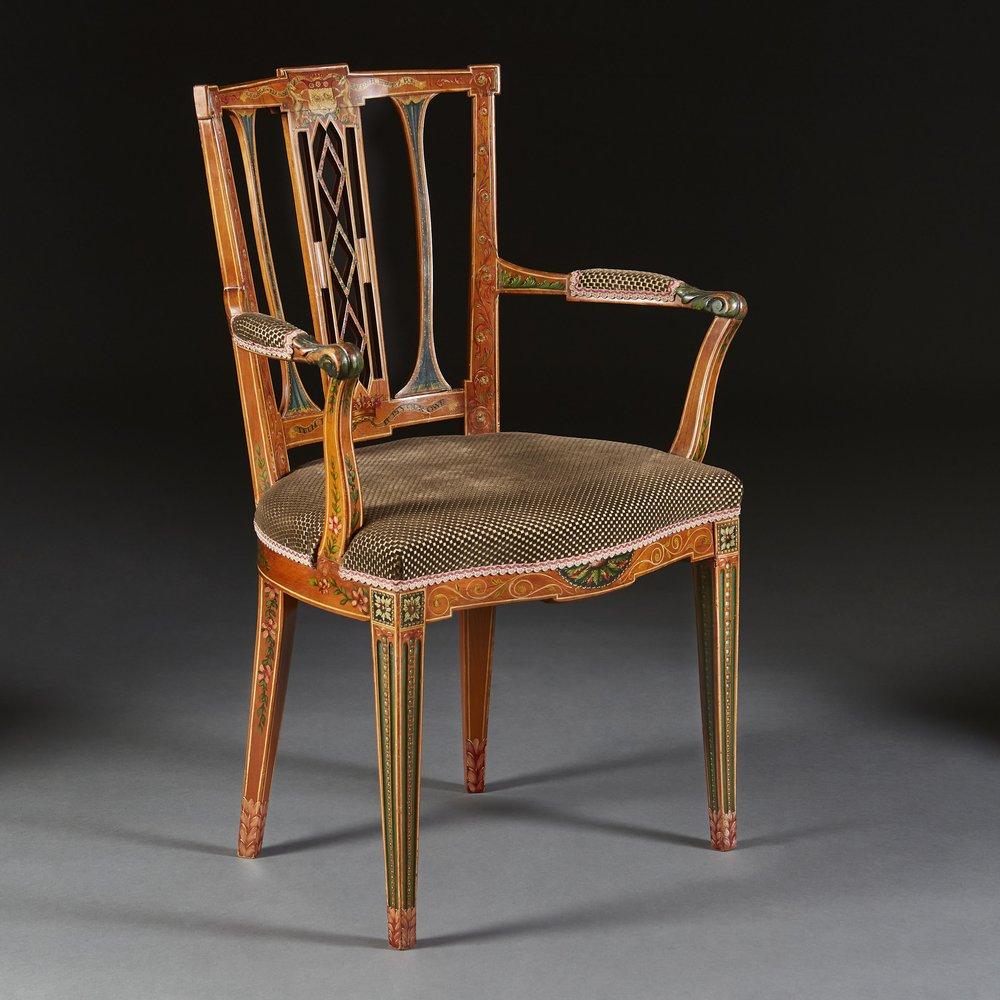 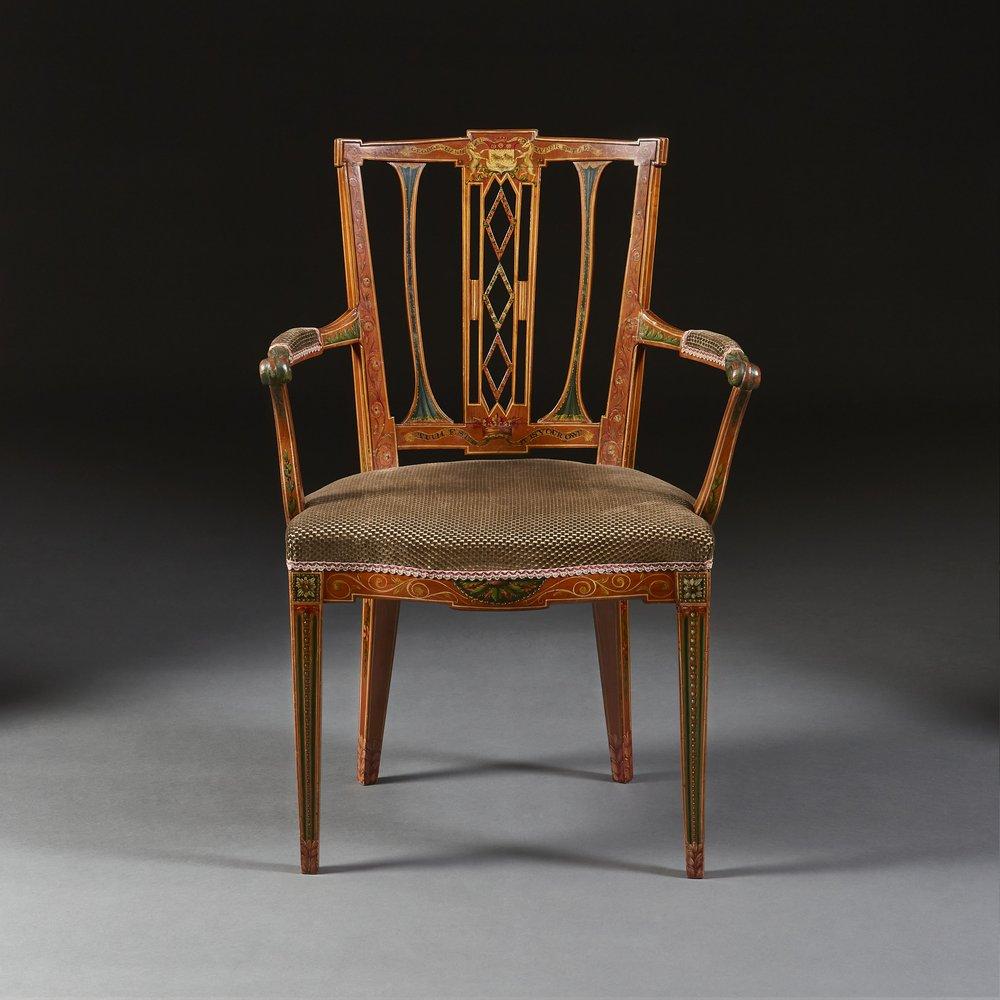 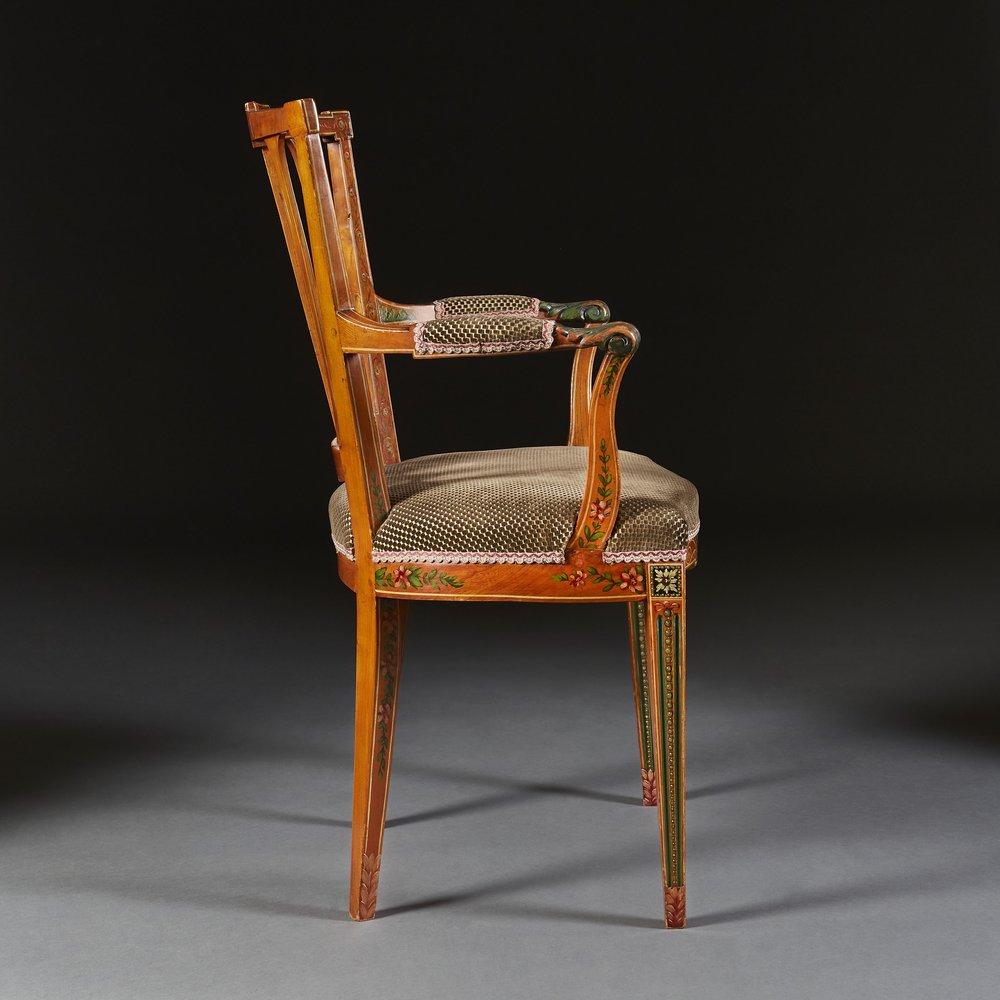 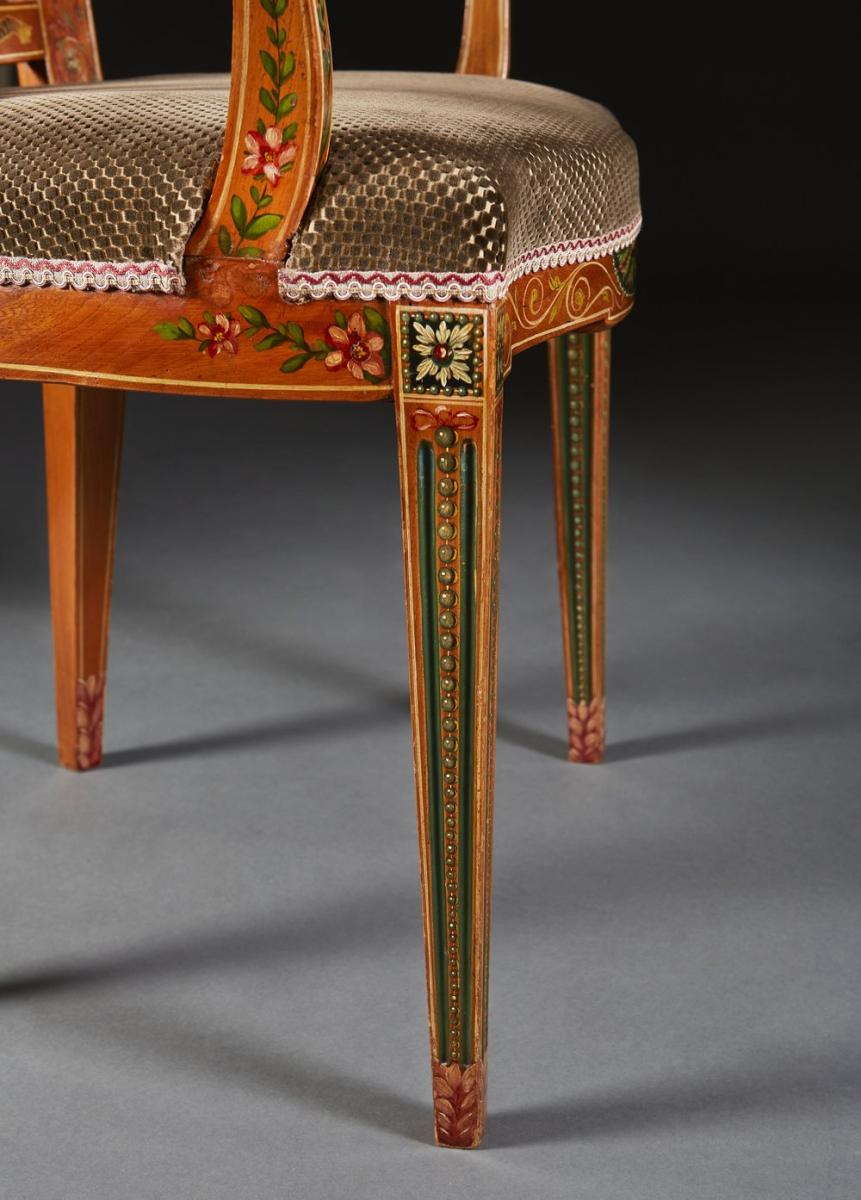 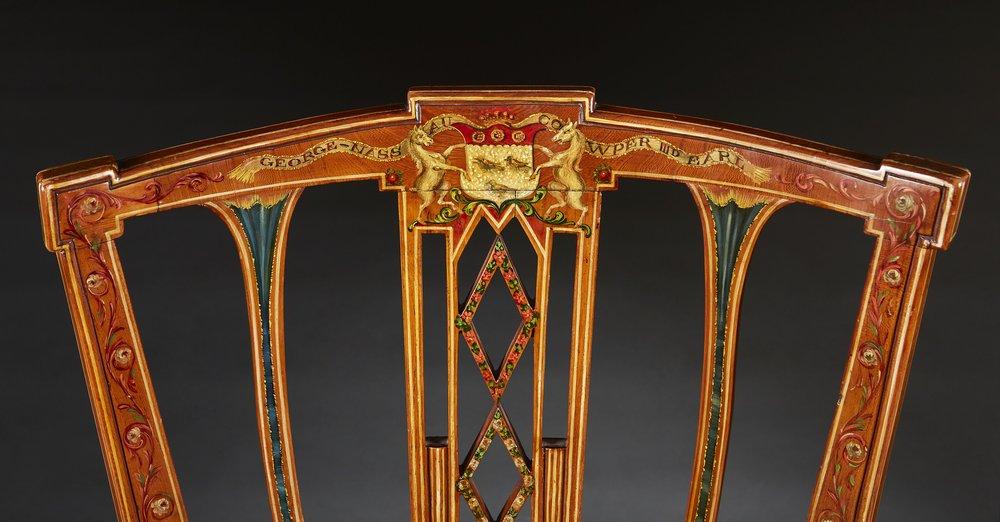 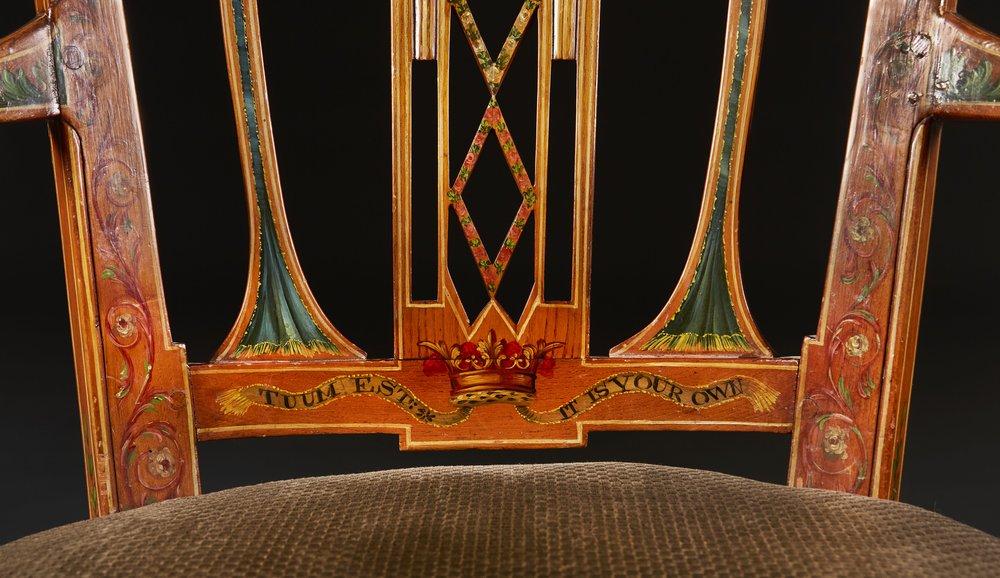 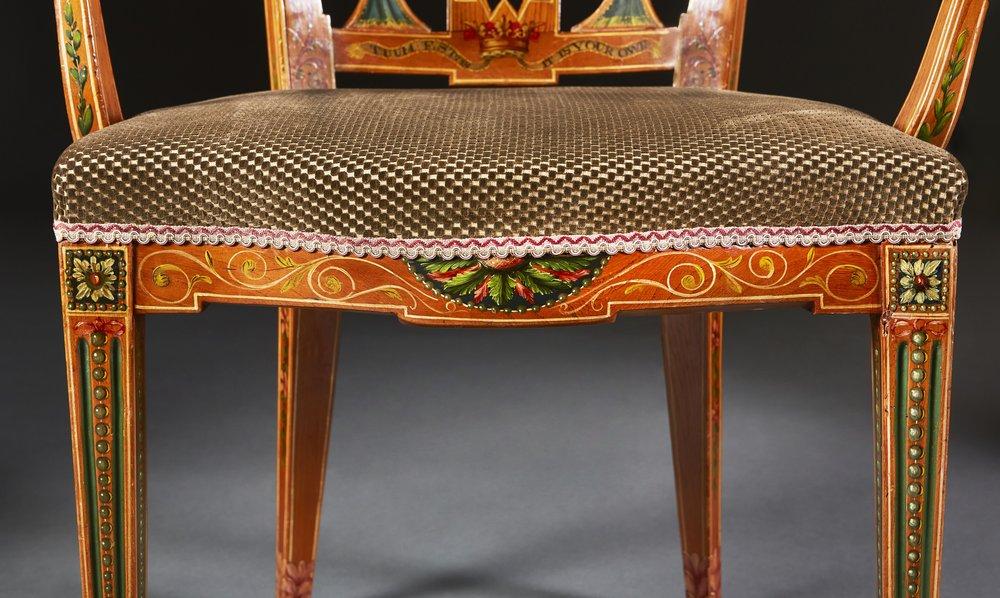 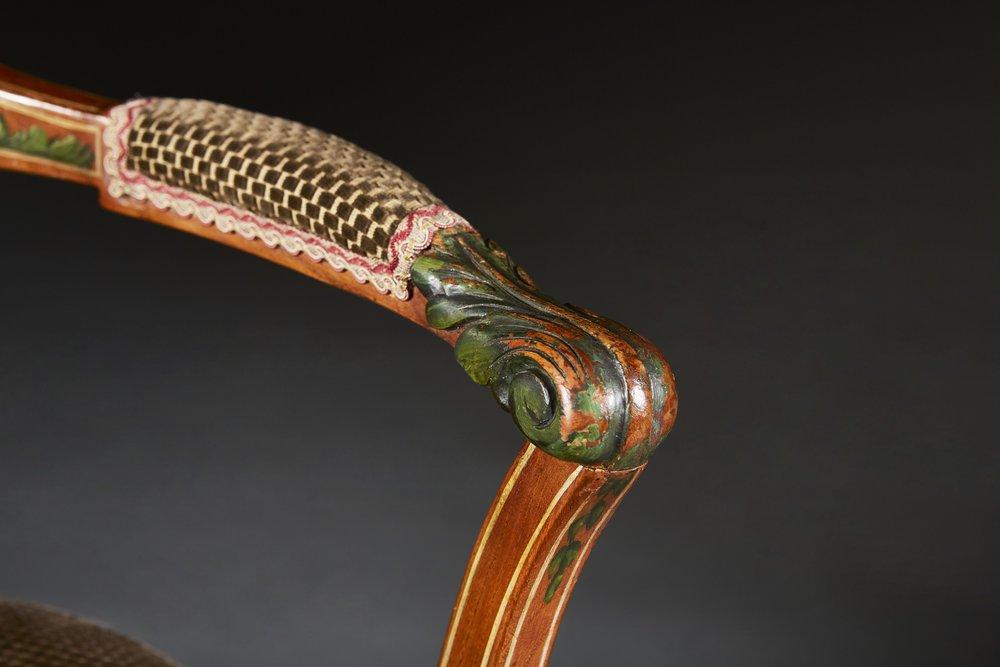 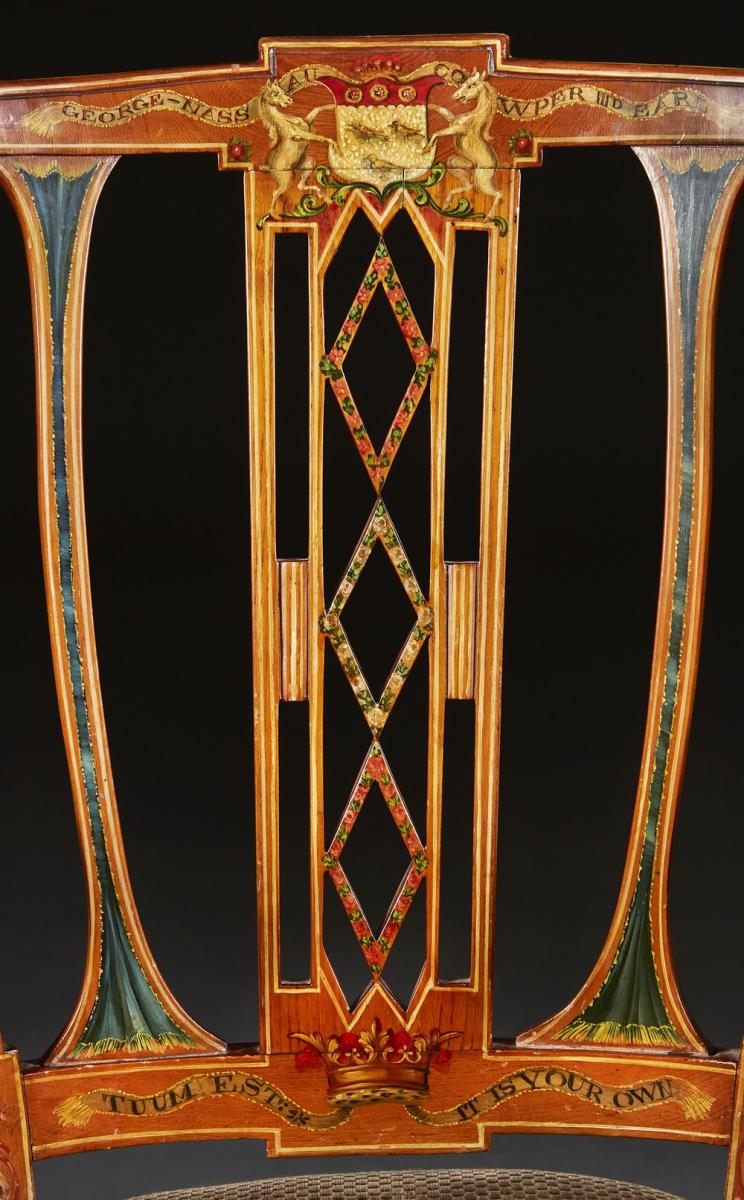 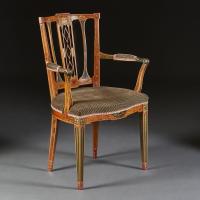 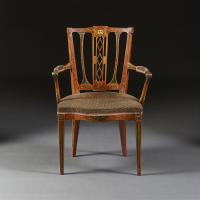 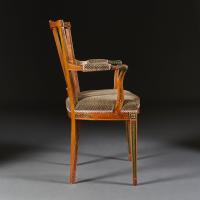 A late nineteenth century painted armchair attributed to Wright and Mansfield, with unusual painted decoration of slogans to the back, with delicately carved diamond form central back splat, the outswept arms with carved and painted acanthus leaf, all supported on four tapering legs painted with scrolls and floral motives.

Wright and Mansfield were famous for their furniture in 18th century styles. A satinwood cabinet with Wedgwood plaques made by the firm caused a sensation at the International Exhibition in London in 1862.

They specialised in furniture based on the designs of Robert Adam, Thomas Chippendale, George Hepplewhite and Thomas Sheraton, whose designs inspired this chair.

Their clients included Lord Tweedmouth and the Earl and Countess of Aberdeen. The firm flourished from 1860, firstly at 3 Great Portland Street, and subsequently at 104 New Bond Street, London, where it finally closed in 1886. 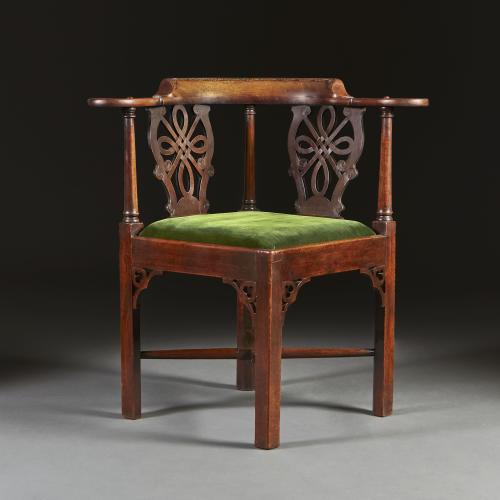 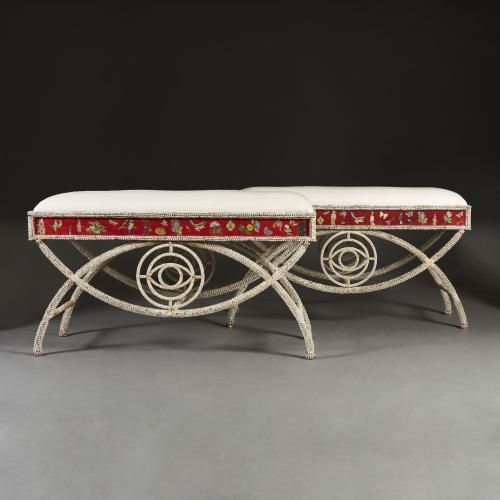