A Late Louis XV Ormolu-Mounted Tulipwood and Amaranth Regulateur de Parquetthe Movement by Jean-Andre Or Jean-Baptiste Lepaute, The Case by Nicolas Petit .Circa 1770 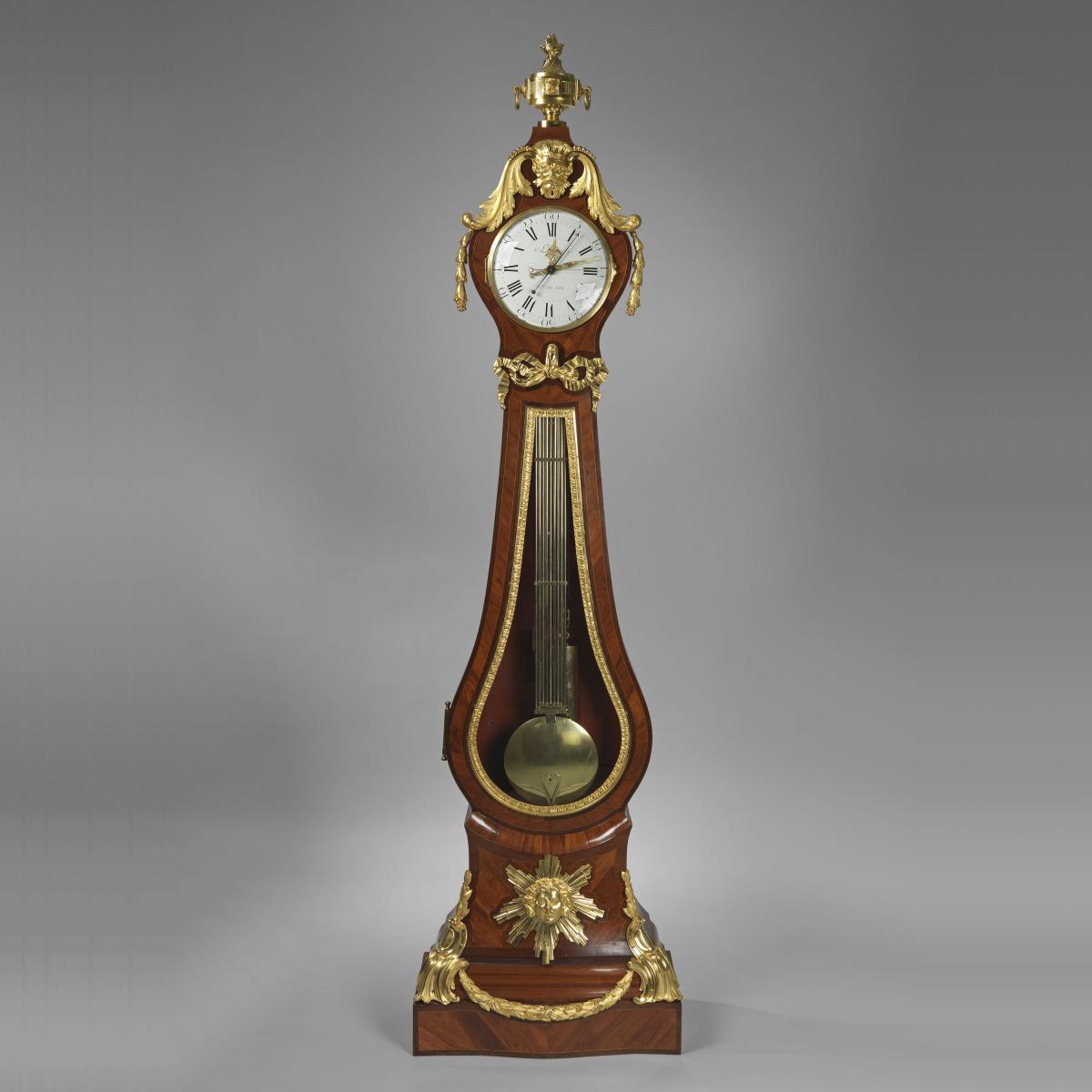 The white enamel dial is signed, 'Lepaute' and ‘Hger DU ROI’. Above the enamel dial is a silvered annular dial with the months and days of the month and a blued steel indicator. The movement has equation of time works to display solar time as well as mean time. The solar time is displayed with both pierced and engraved ormolu hour and minute hands and the mean time is displayed by the blued steel minute hand with an additional blued steel seconds hand. The movement has substantial rectangular plates joined by four rear pinned pillars, pinwheel escapement, endless rope winding system and pendulum with nine rod grid iron temperature compensation. The clock is one month duration.

The guide to Period styles for interiors from the 17th Century to the present, second edition by Judith Gura. Page 41.

An identical clock, but by a different maker, without the equation of time works, is in the Musée Jacquemart Andre in Paris.

Nicolas Petit became maître in 1761. This régulateur numbers among a prestigious series of closely related examples by Nicolas Petit (1732-1791). Here, as on most of these examples, Petit collaborated with Lepaute, referring to both Jean-André Lepaute (1720-1787), clockmaker to Louis XVI, and his brother, Jean-Baptiste (1727-1802), successor to the royal appointment. Petit and Lepaute evolved the model to reflect nuances in fashion, subtly altering mounts and elongating the case into the bulbous lyre shape seen here.

Early examples from the 1760s are fronted by a solid door with an ormolu-framed glazed cartouche, revealing the pendulum balancier. Of elegant transitional style, the present clock retains the scrolled acanthus and mask mounts, which feature on earlier examples, but the plainer glazed door showing, the whole pendulum, suggests a stronger neoclassical influence and places it later in the series. For a comparison of the variant models see A. Droguet, Nicolas Petit. 1732-1791., Paris, 2001, pp. 68-72.