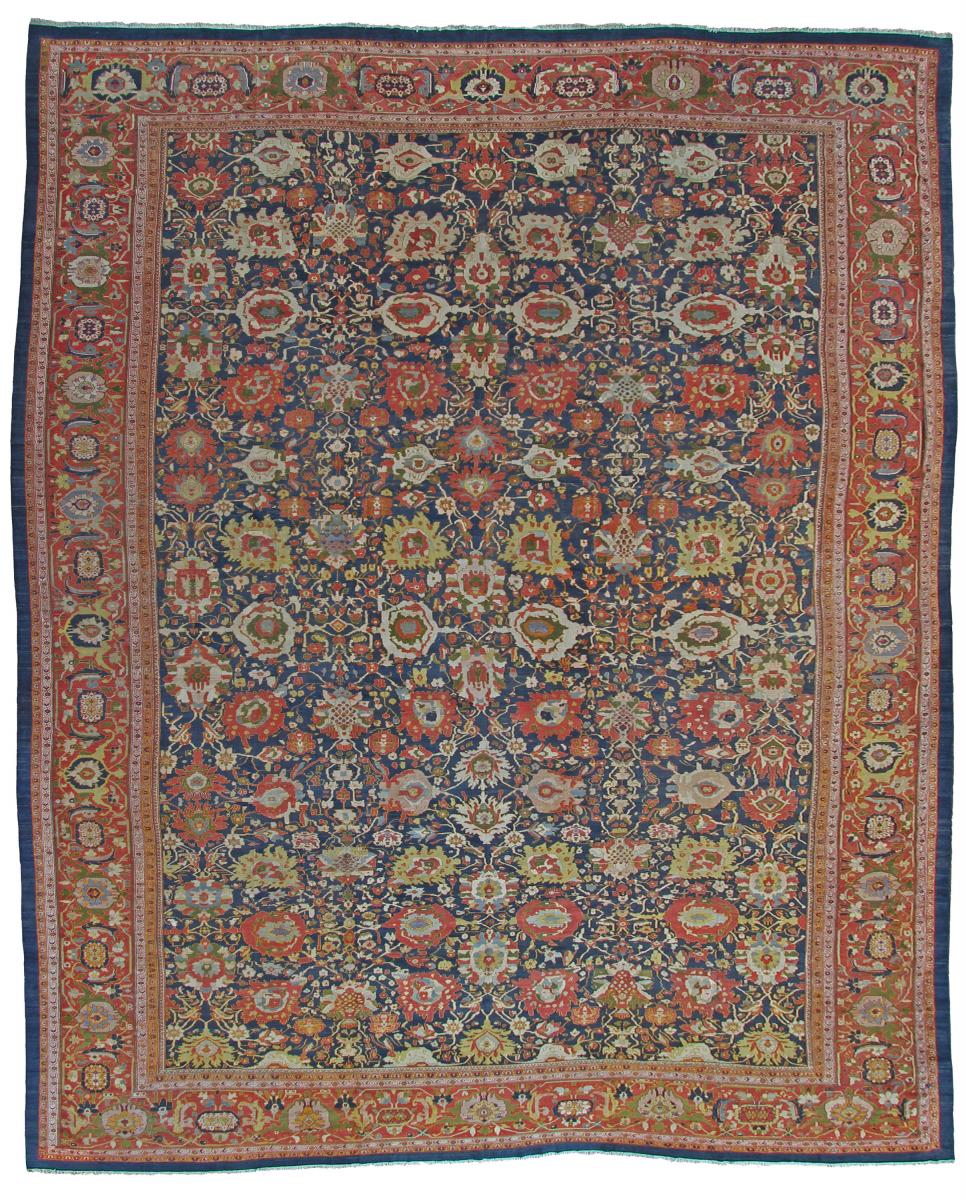 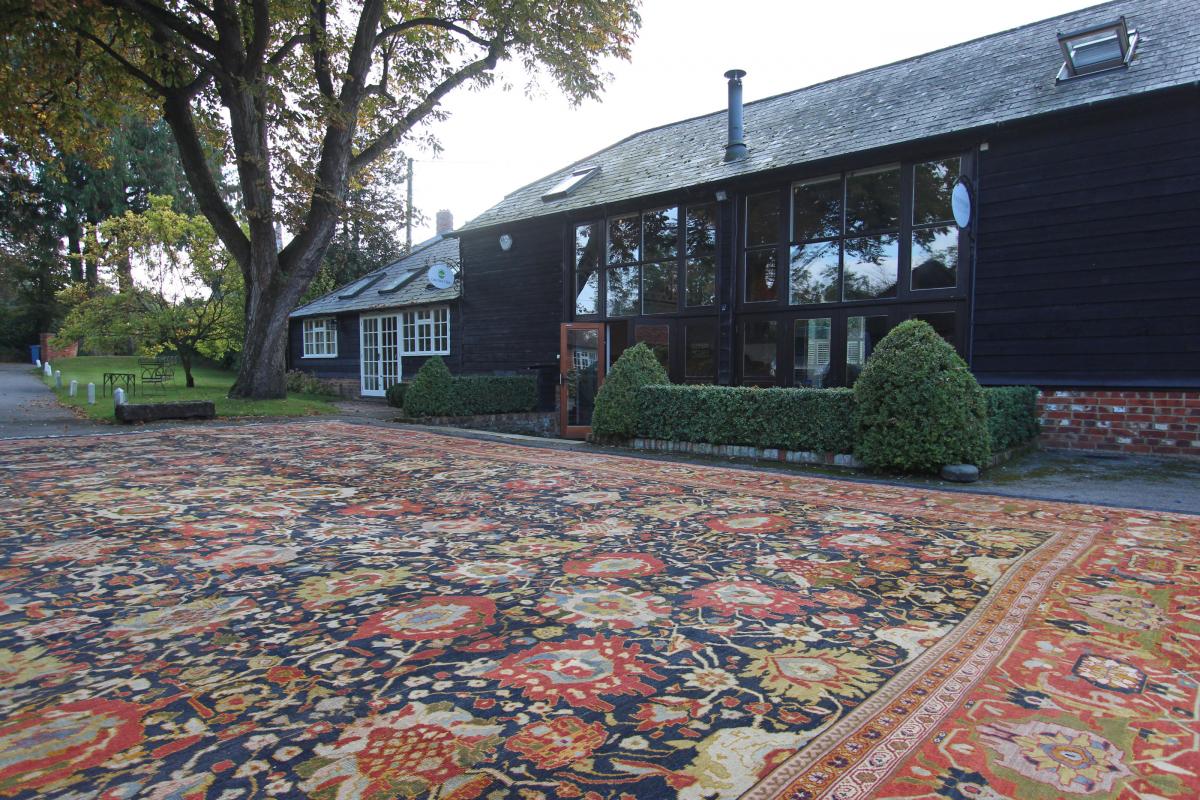 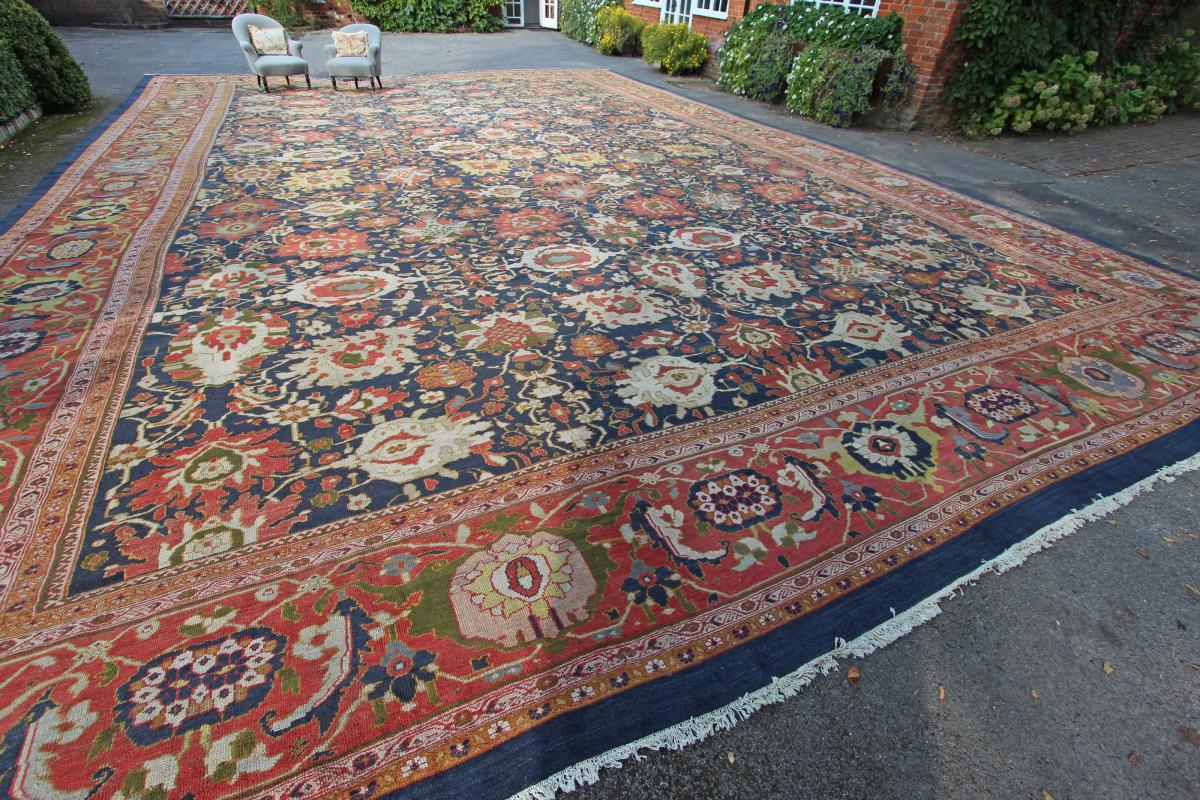 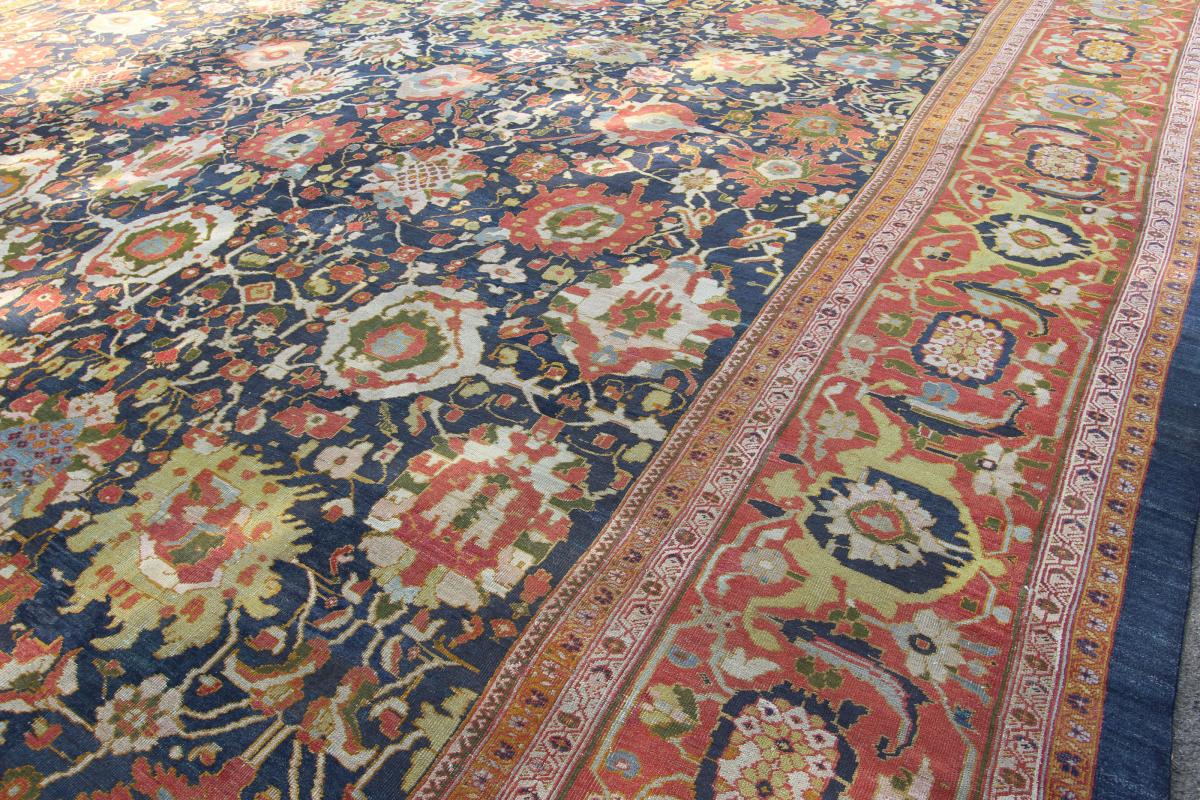 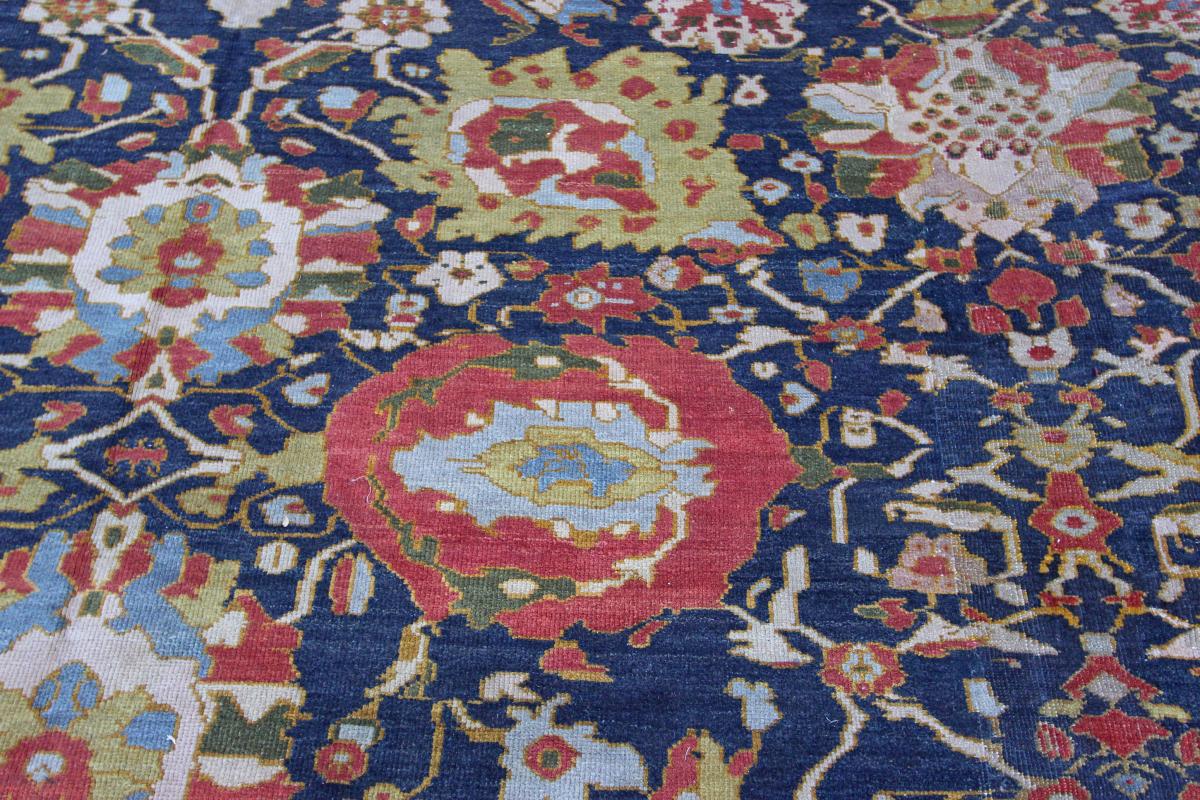 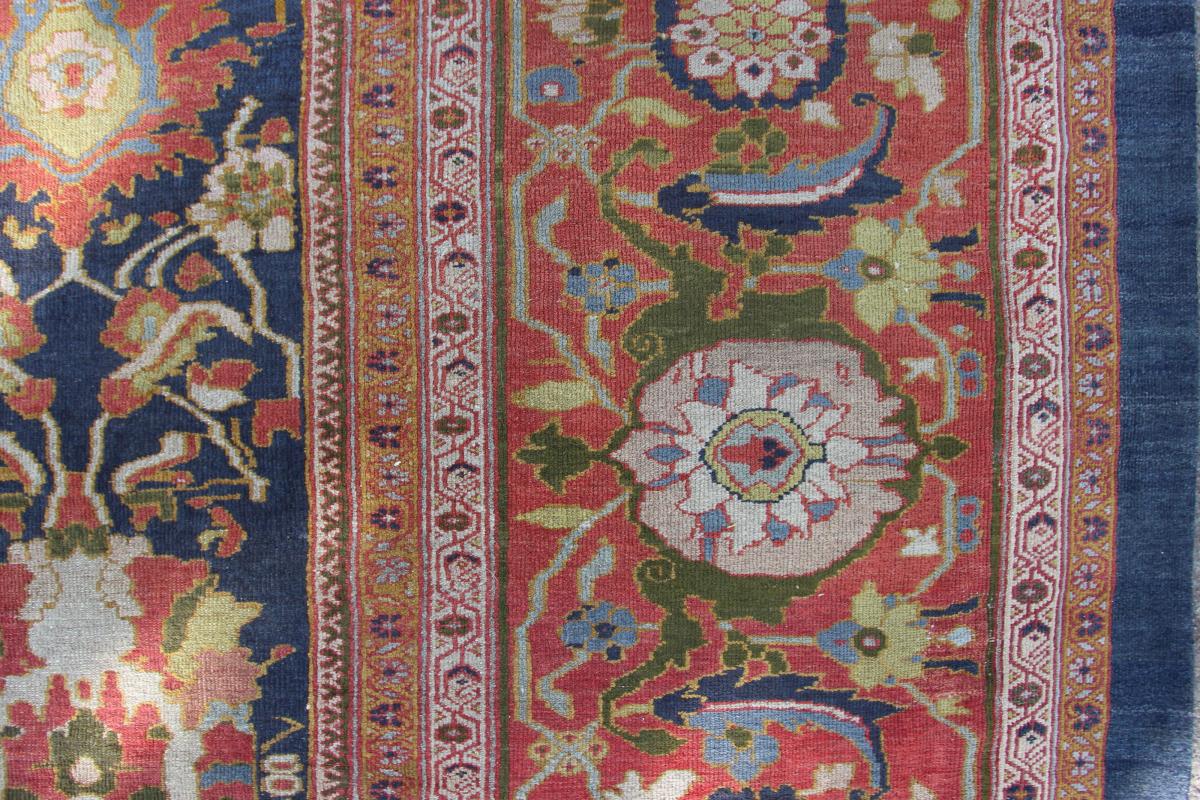 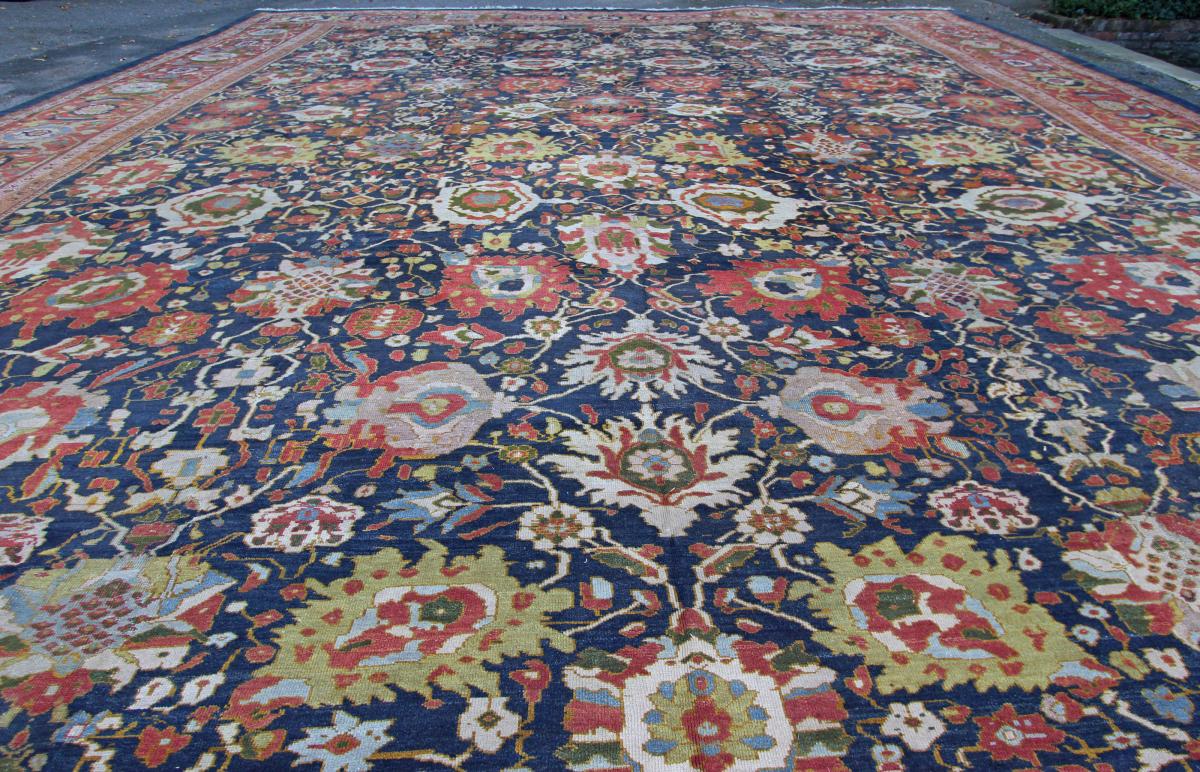 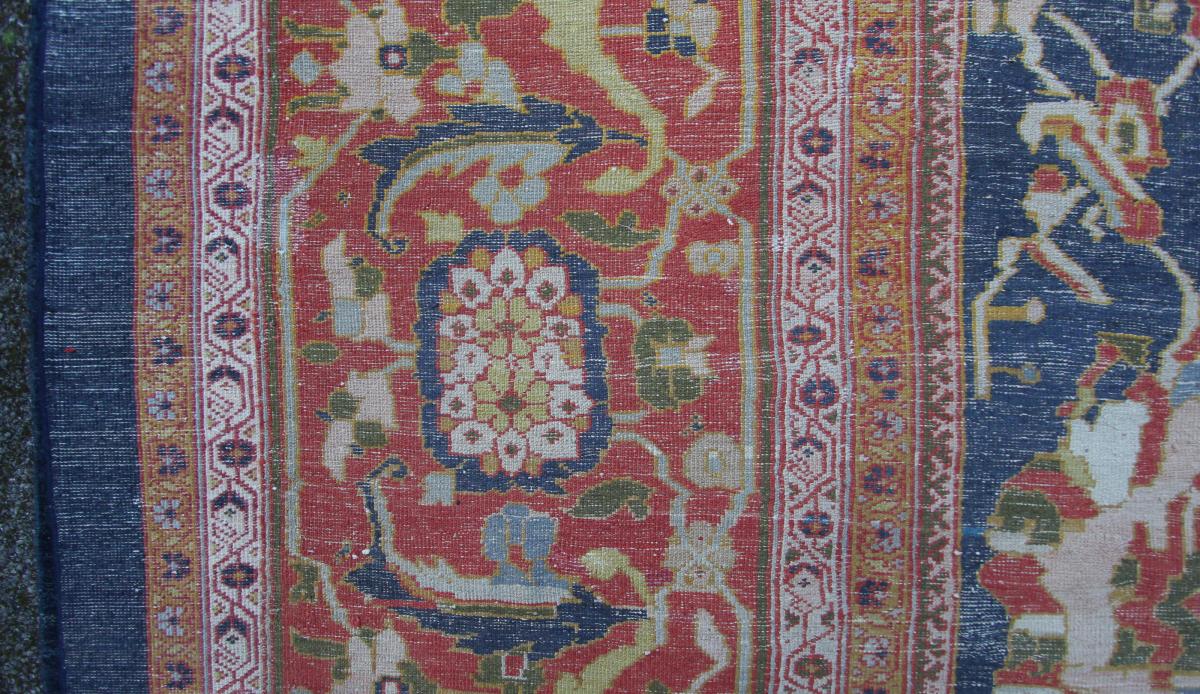 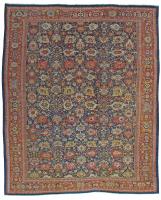 An amazing oversize rare antique Ziegler carpet, possibly one of the largest Ziegler & Co weavings ever. This carpet has been restored to perfect showroom condition in Iran as it had been previously adjusted to fit in a specific room. The work has been carried out to a very high standard and the carpet is now ready to use once again. Glorious rich colours typical of carpets woven in the Ziegler workshop in Sultanabad, Persia in the late 19th century. Beautiful large floral palmettes cover this enormous rare carpet.

In 1883, Ziegler and Co, of Manchester, England established a Persian carpet manufacture in Sultanabad Persia, which employed designers from major western department stores such as B. Altman & Co of New York and Liberty, to modify 16th- and 17th-century Eastern designs for the more restrained western taste. Using highly developed dying techniques, and the best artisans from the region, the Ziegler Co created rugs with bold, all-over patterns and with softer palettes than their vibrant Persian counterparts.

Ziegler rugs developed an almost immediate following, especially among early collectors included the Guinness family, who laid them in Elveden Hall, their Suffolk estate. Ziegler carpets are one of the only types of Persian carpet which were influenced by western designs and have become one of the most sought after types of carpet.

Request a home visit and we shall bring this enormous Ziegler carpet for you to view in situ at a convenient time.

This rare antique Ziegler carpet has been professionally restored to showroom condition as it had been previously adjusted in size to fit a specific room. The restoration work has been completed to the highest standard by the best restorers. Please view the photographs or contact us for additional information.