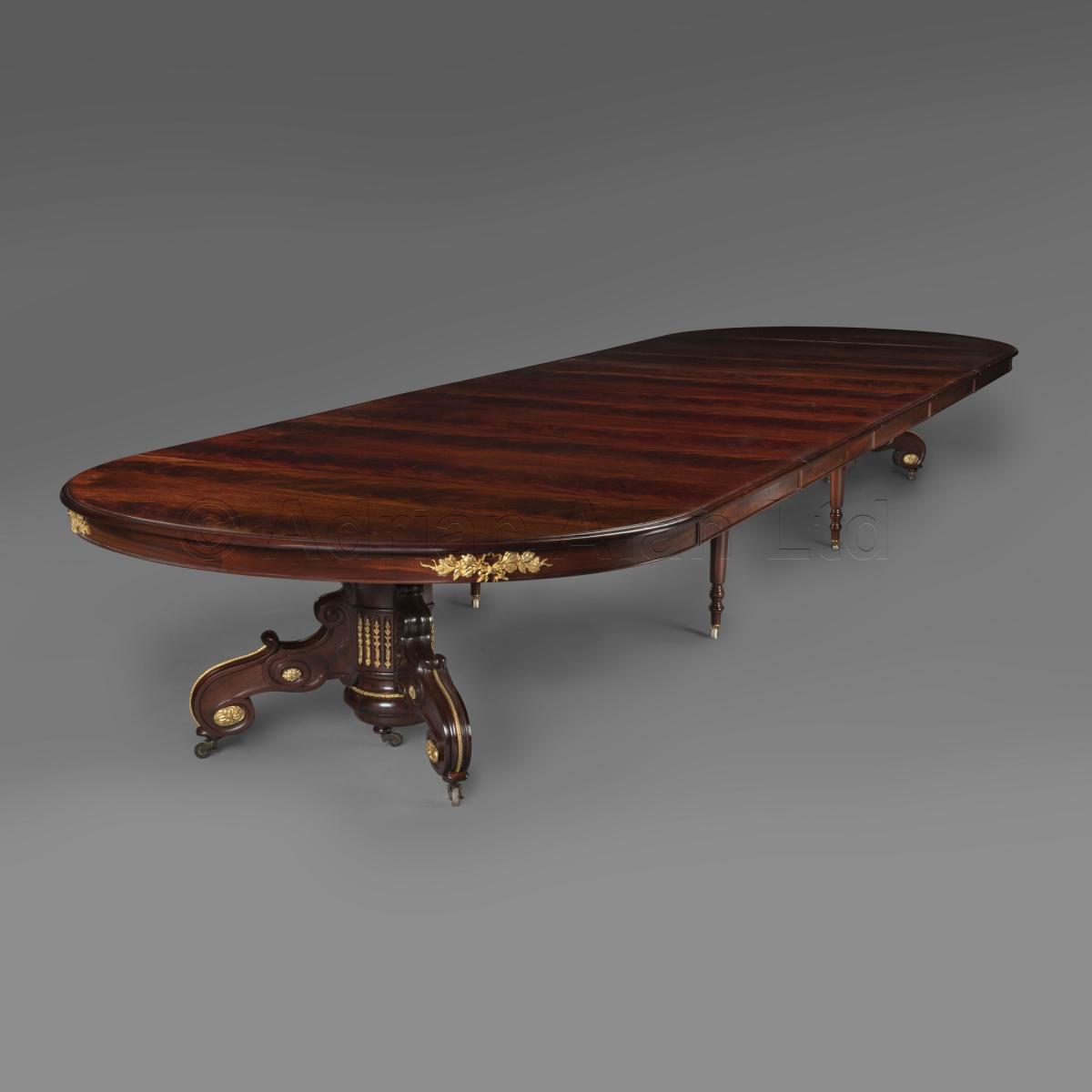 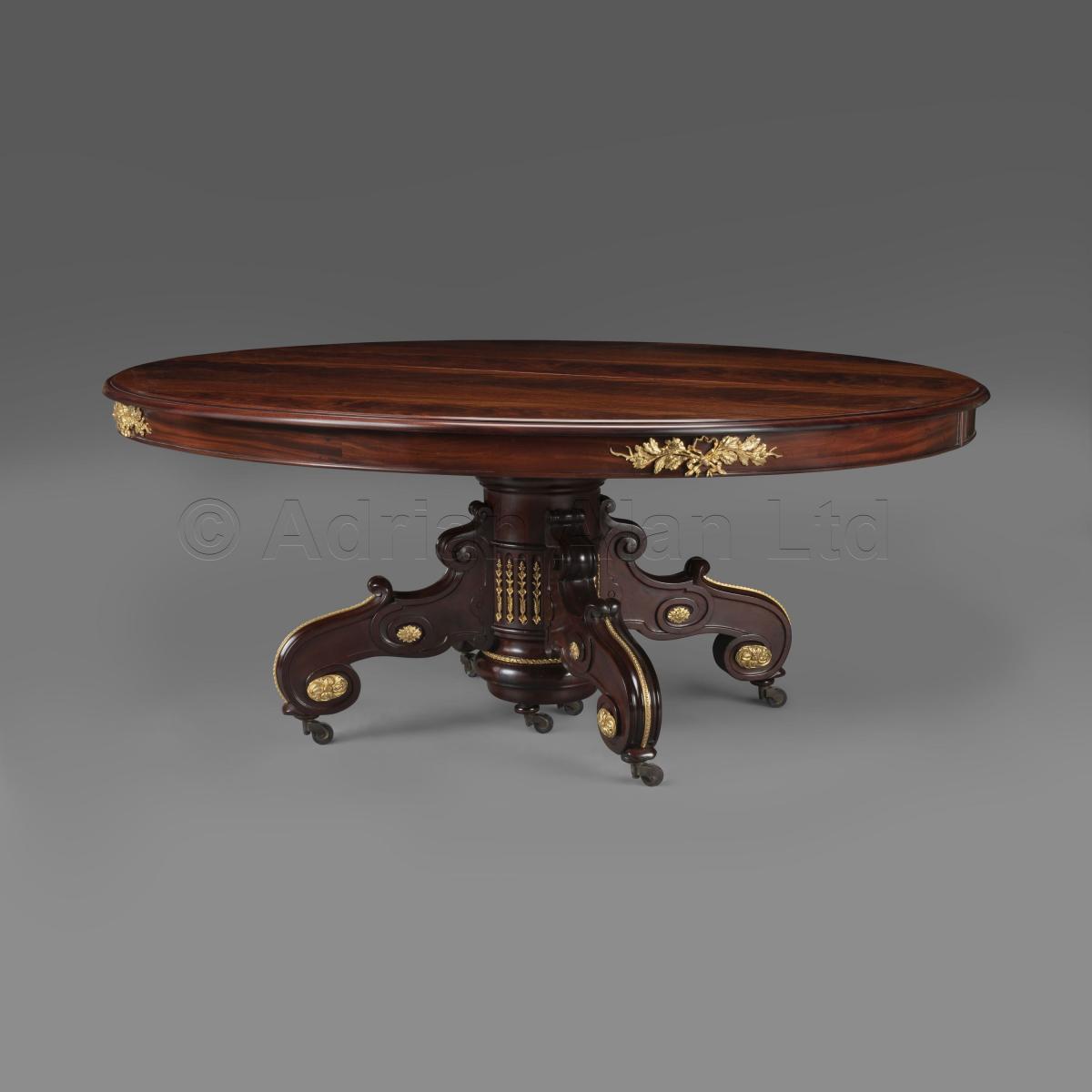 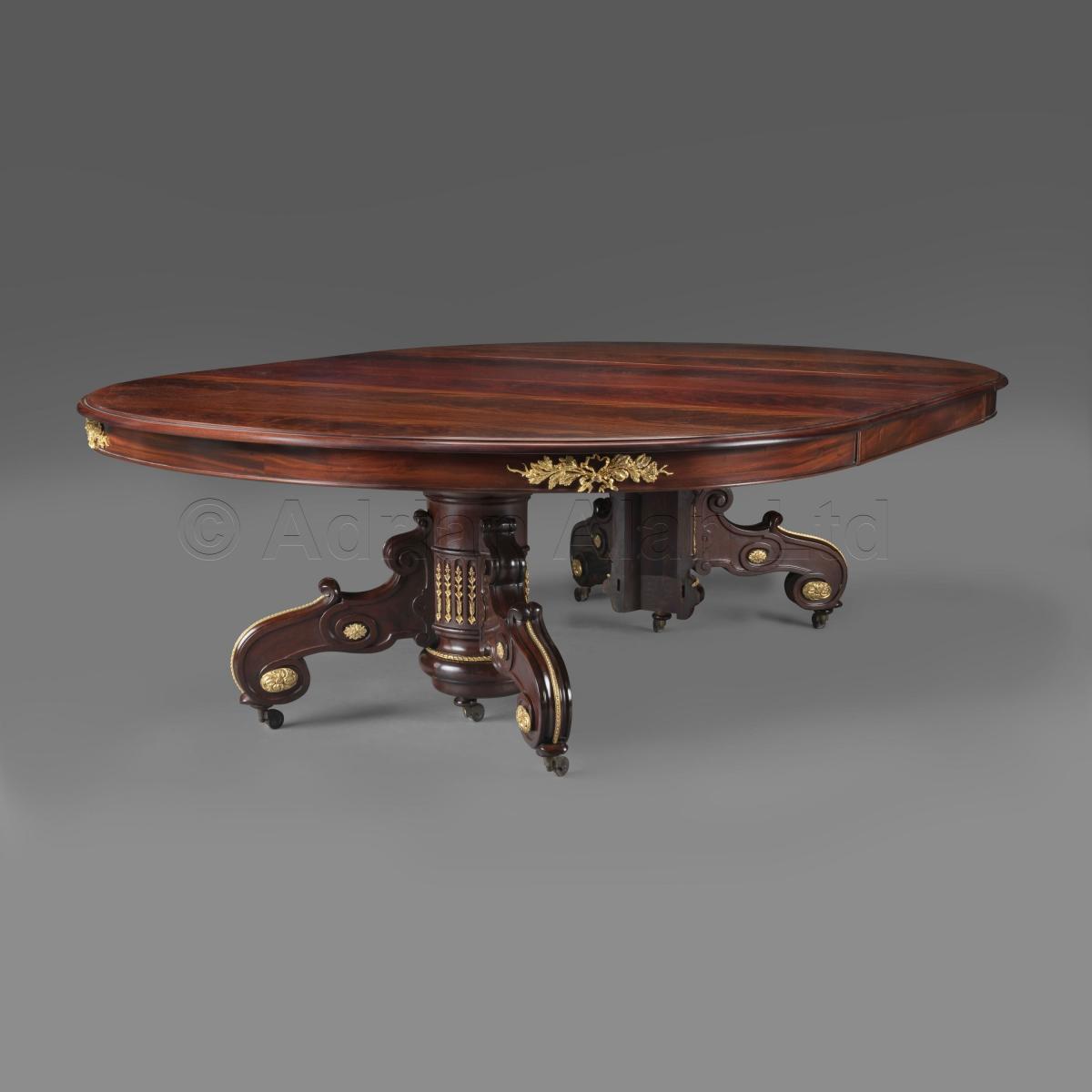 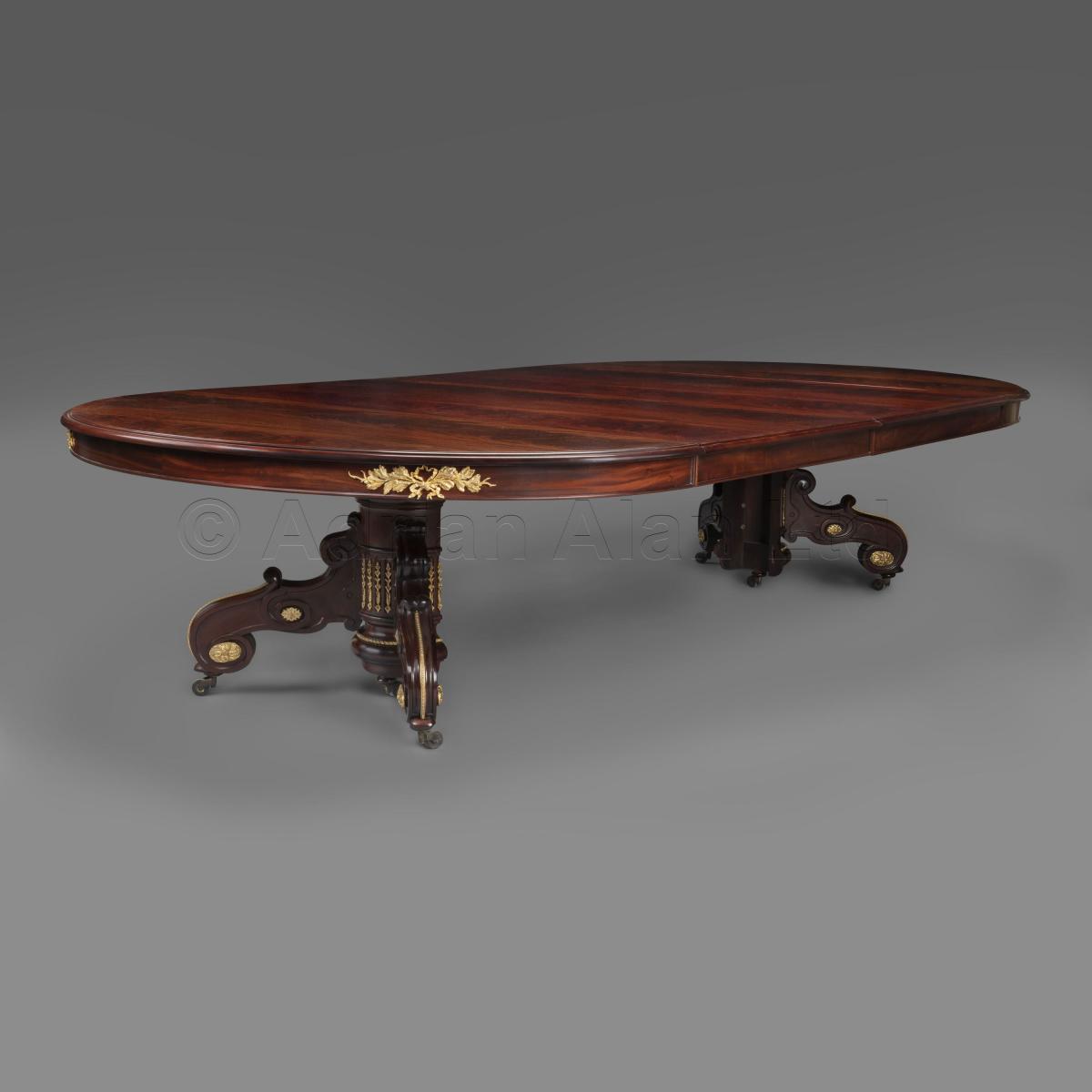 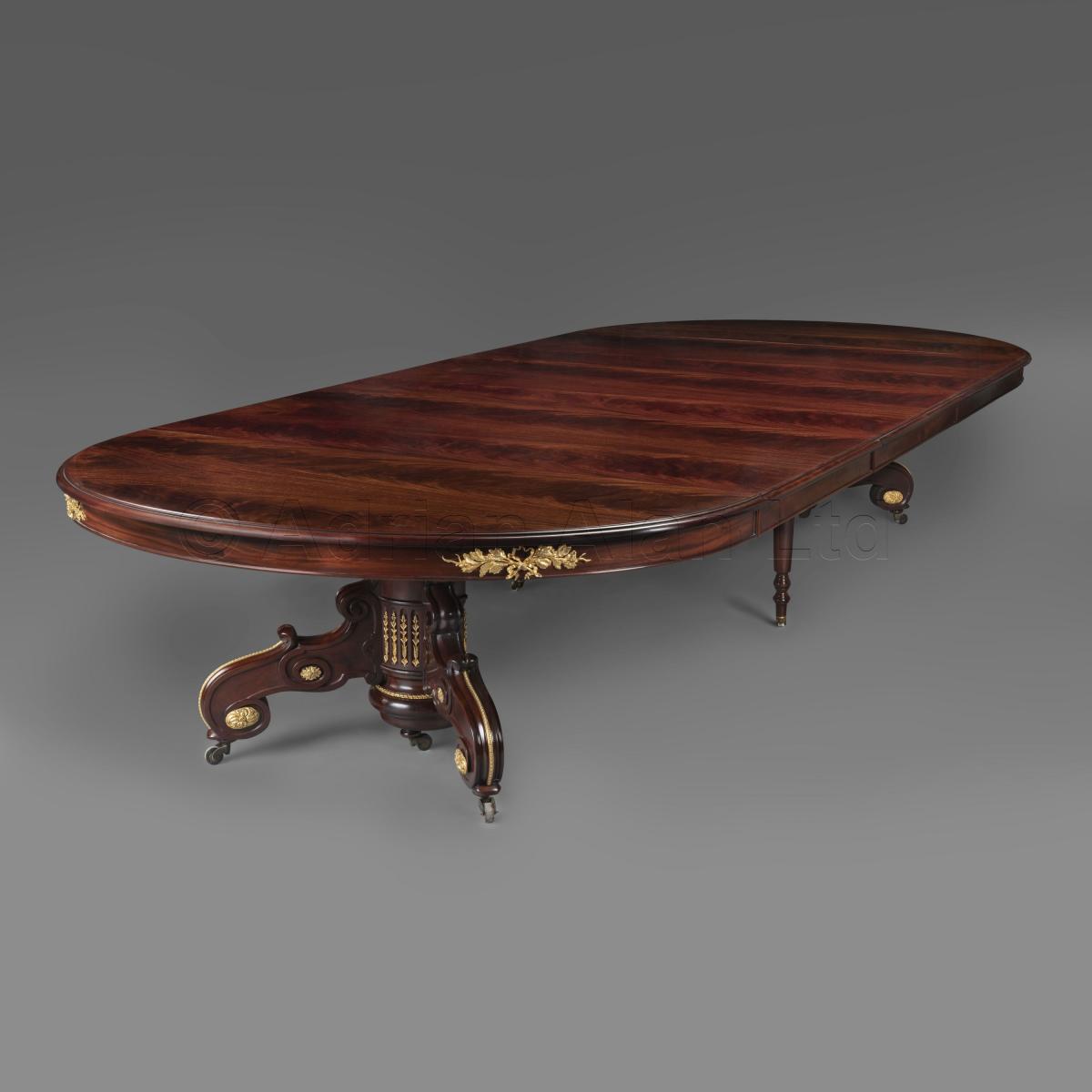 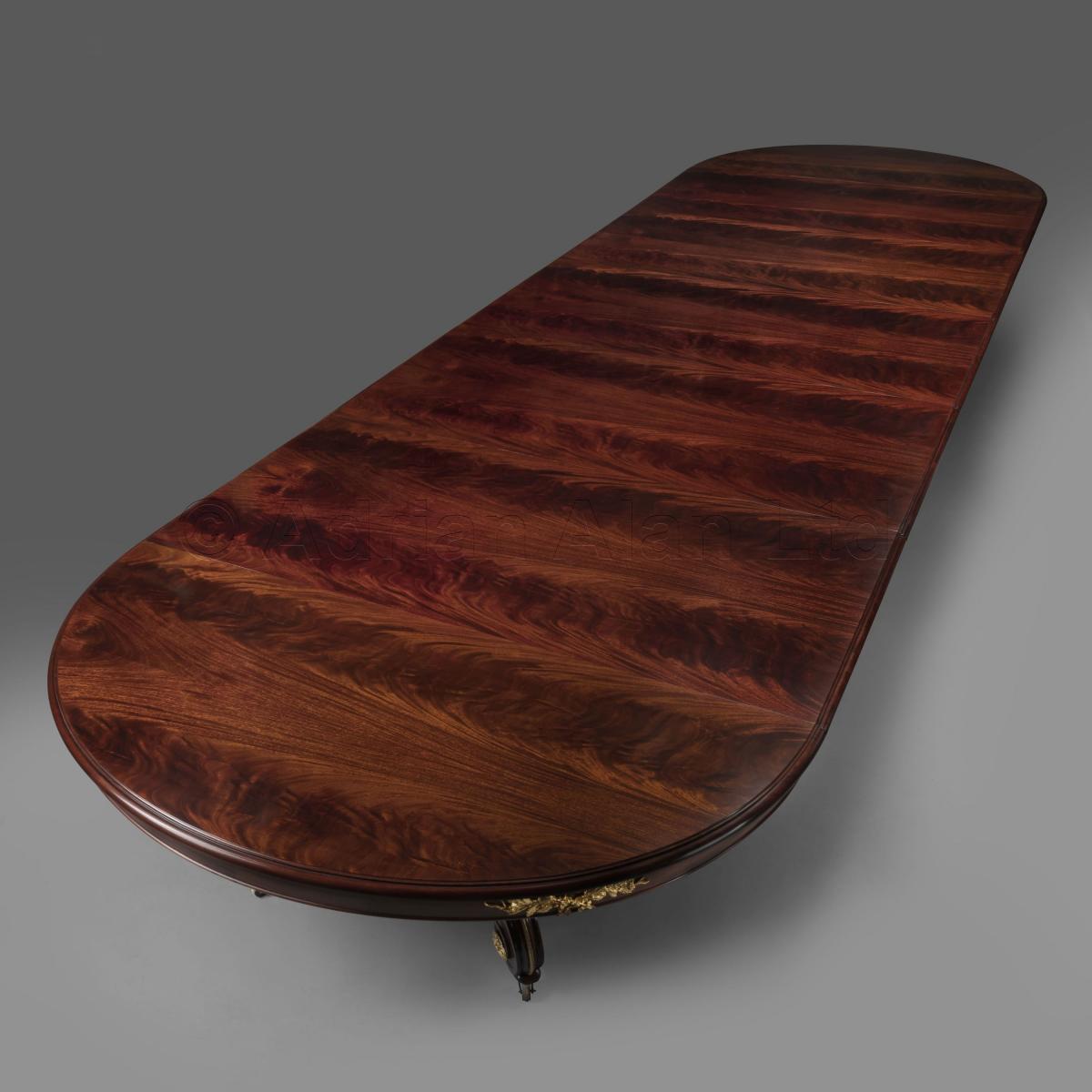 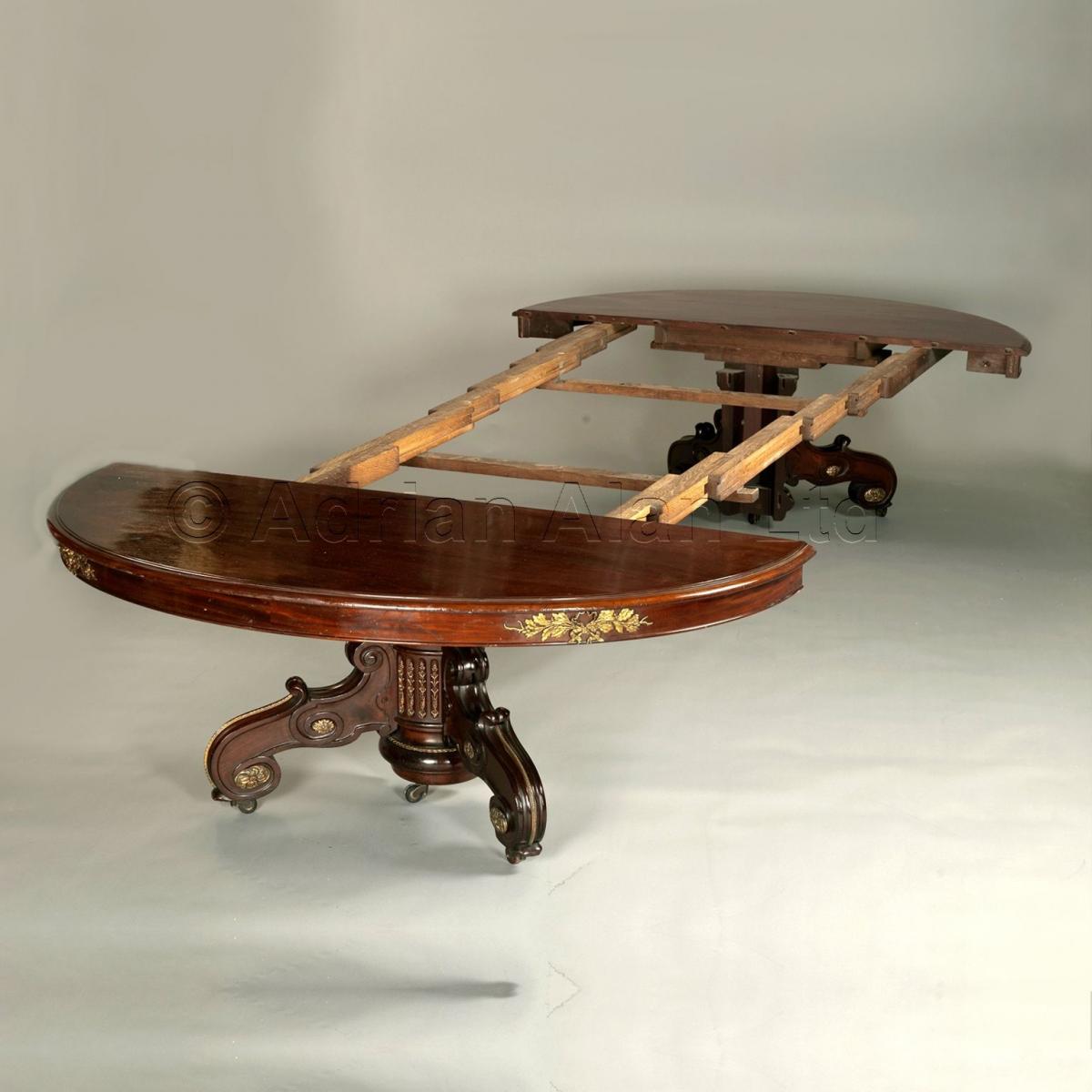 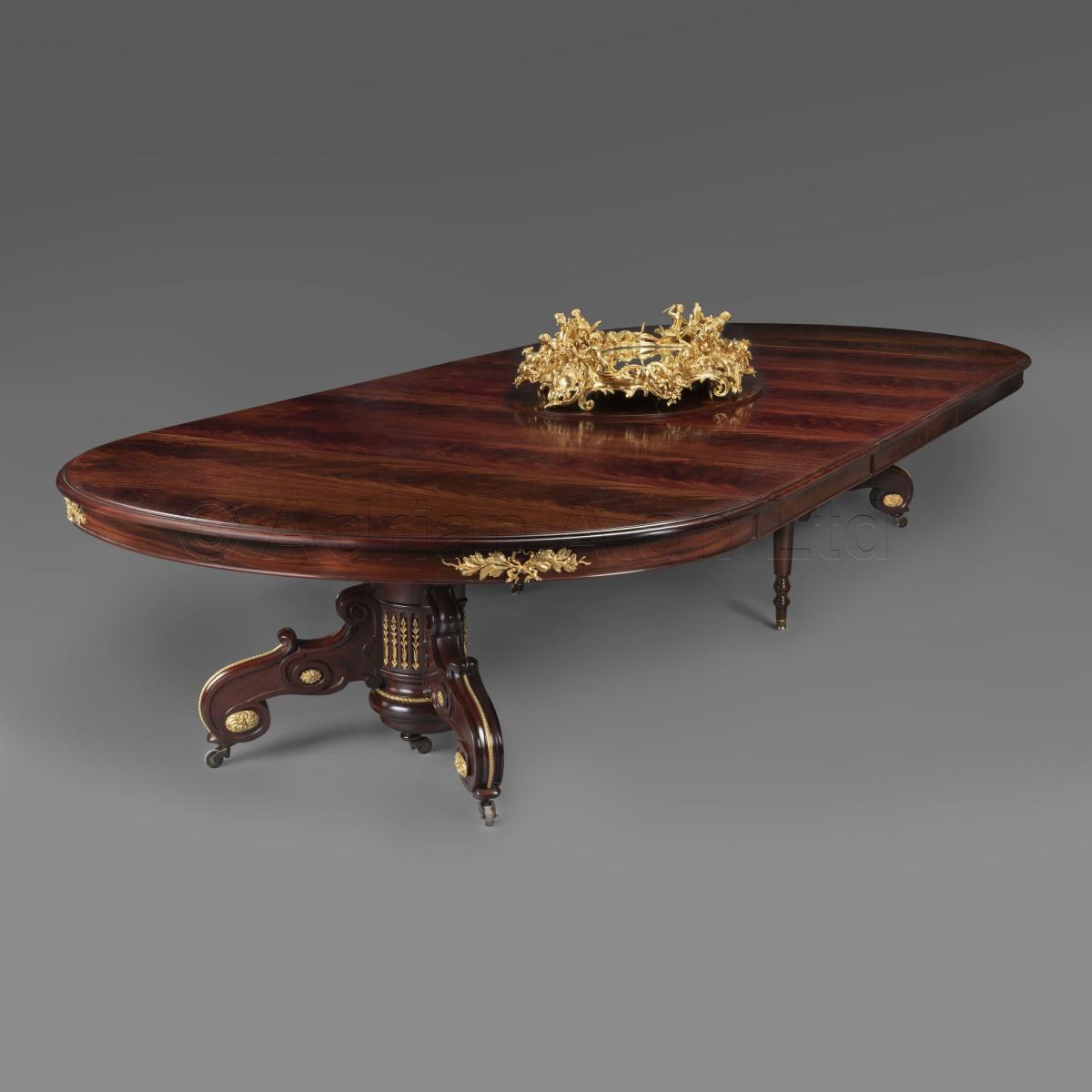 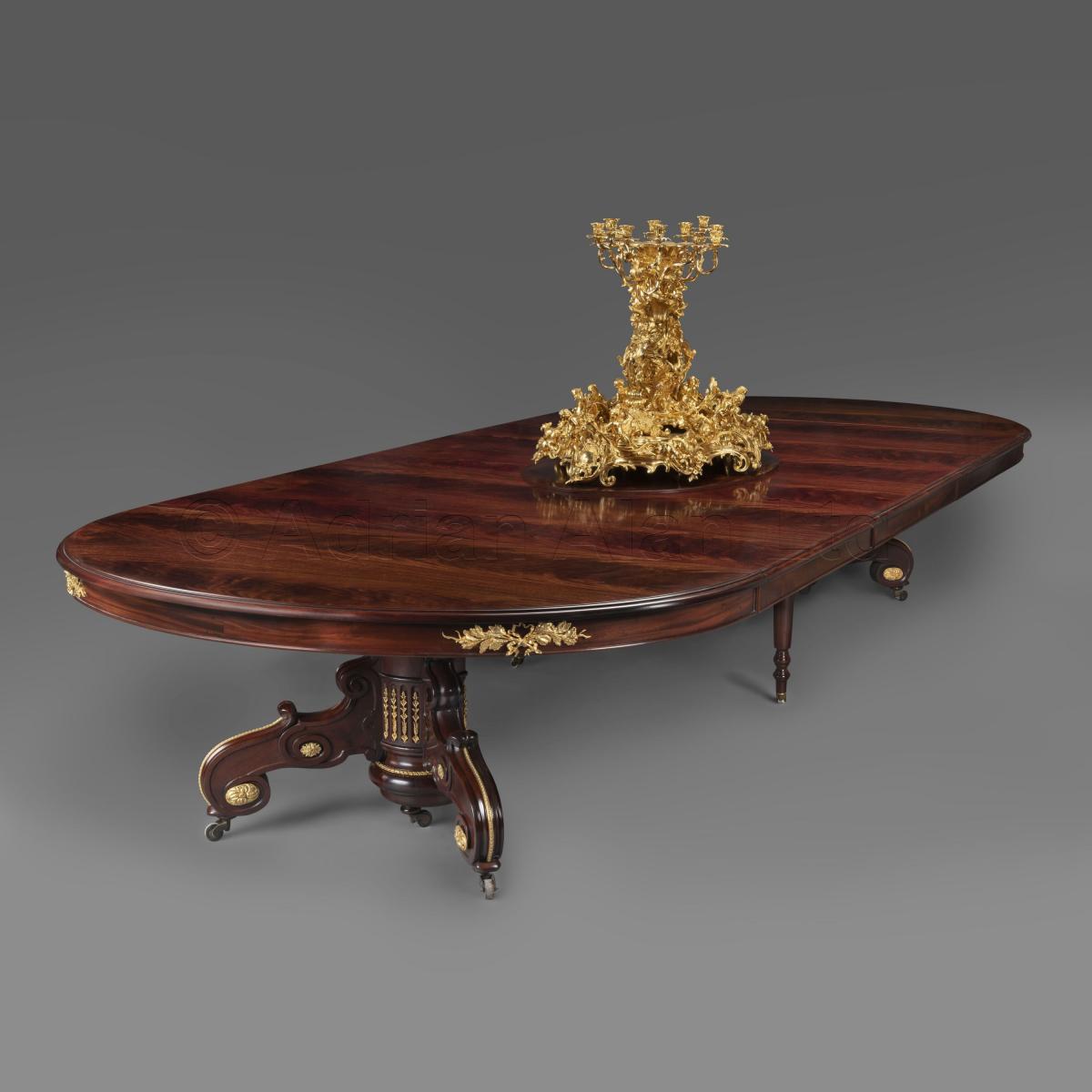 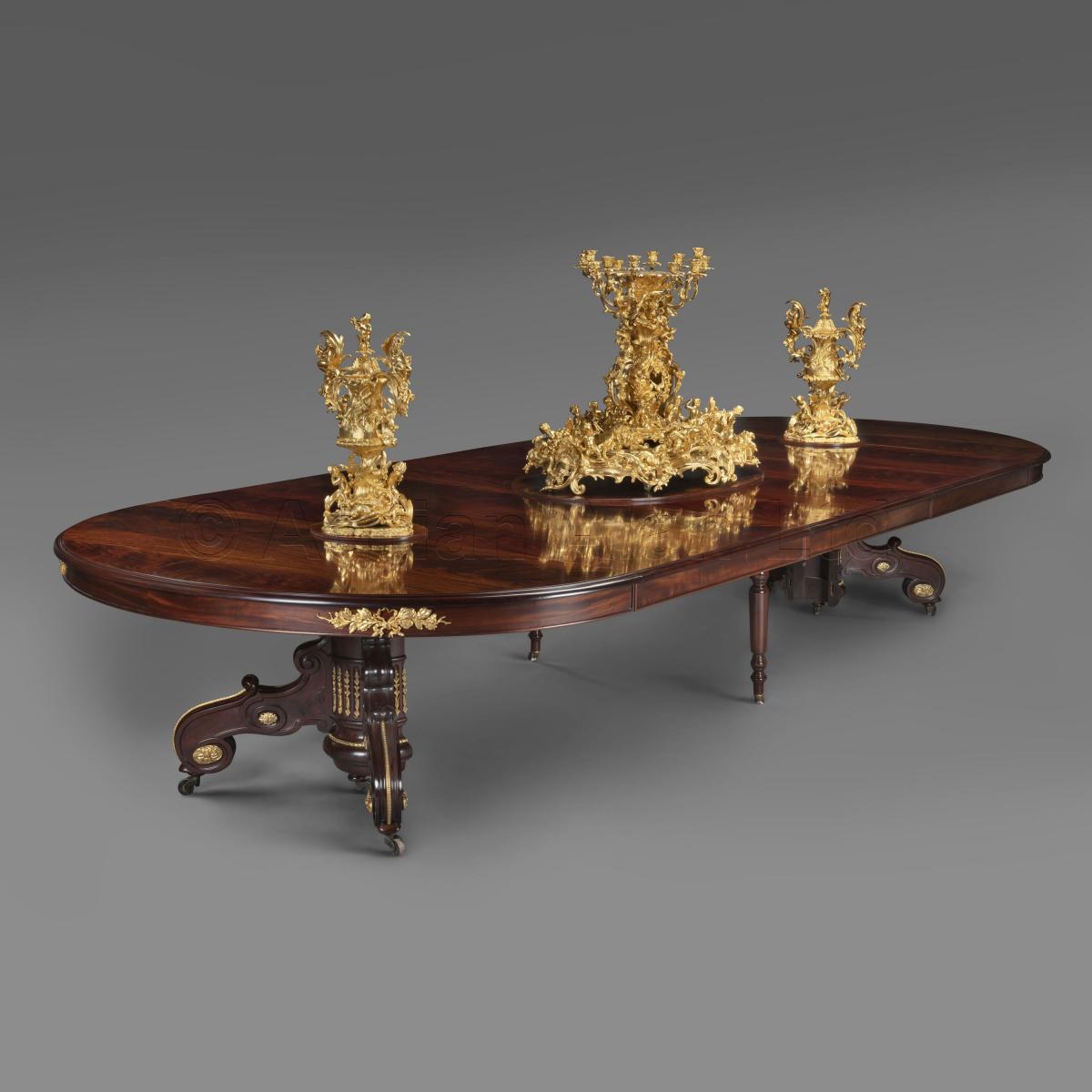 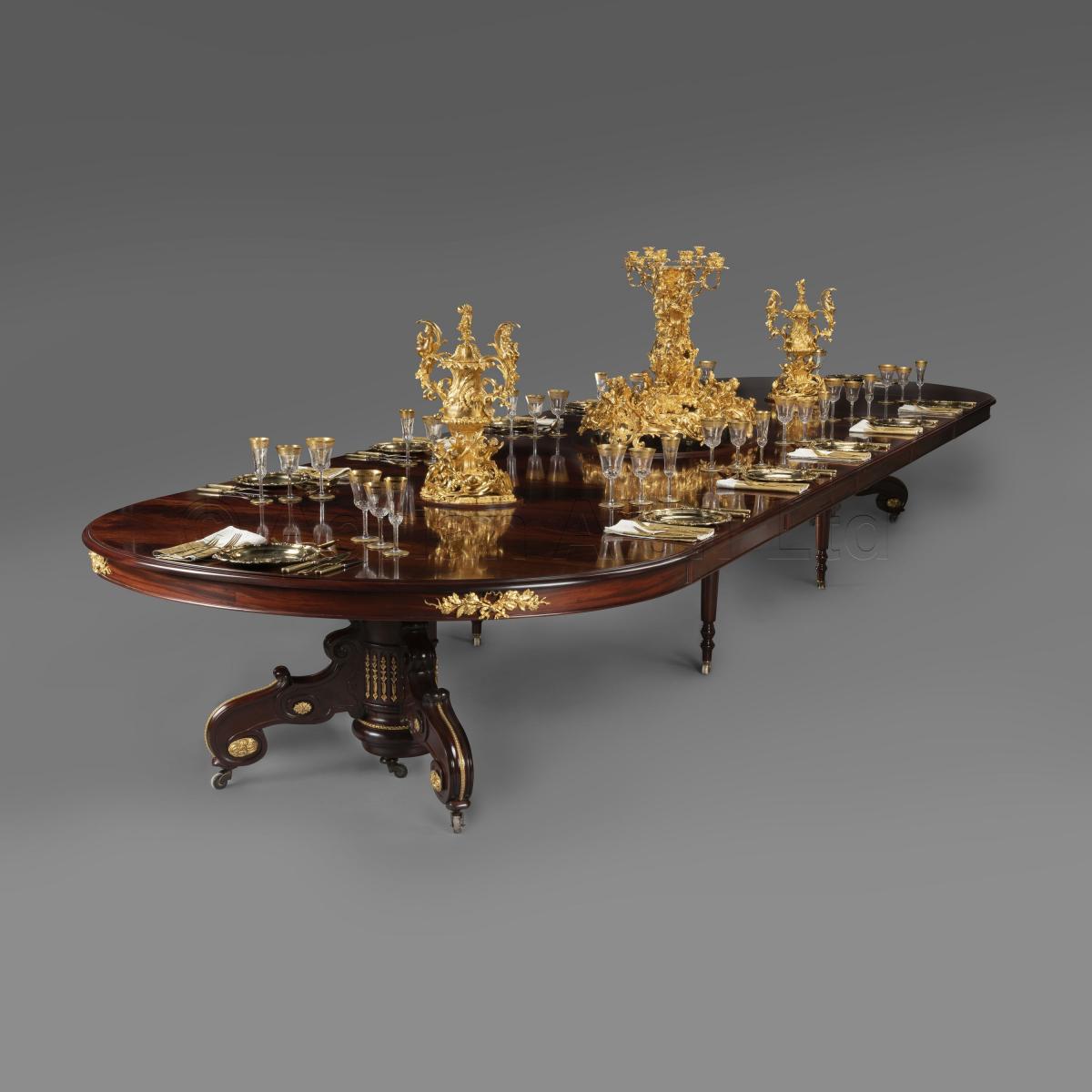 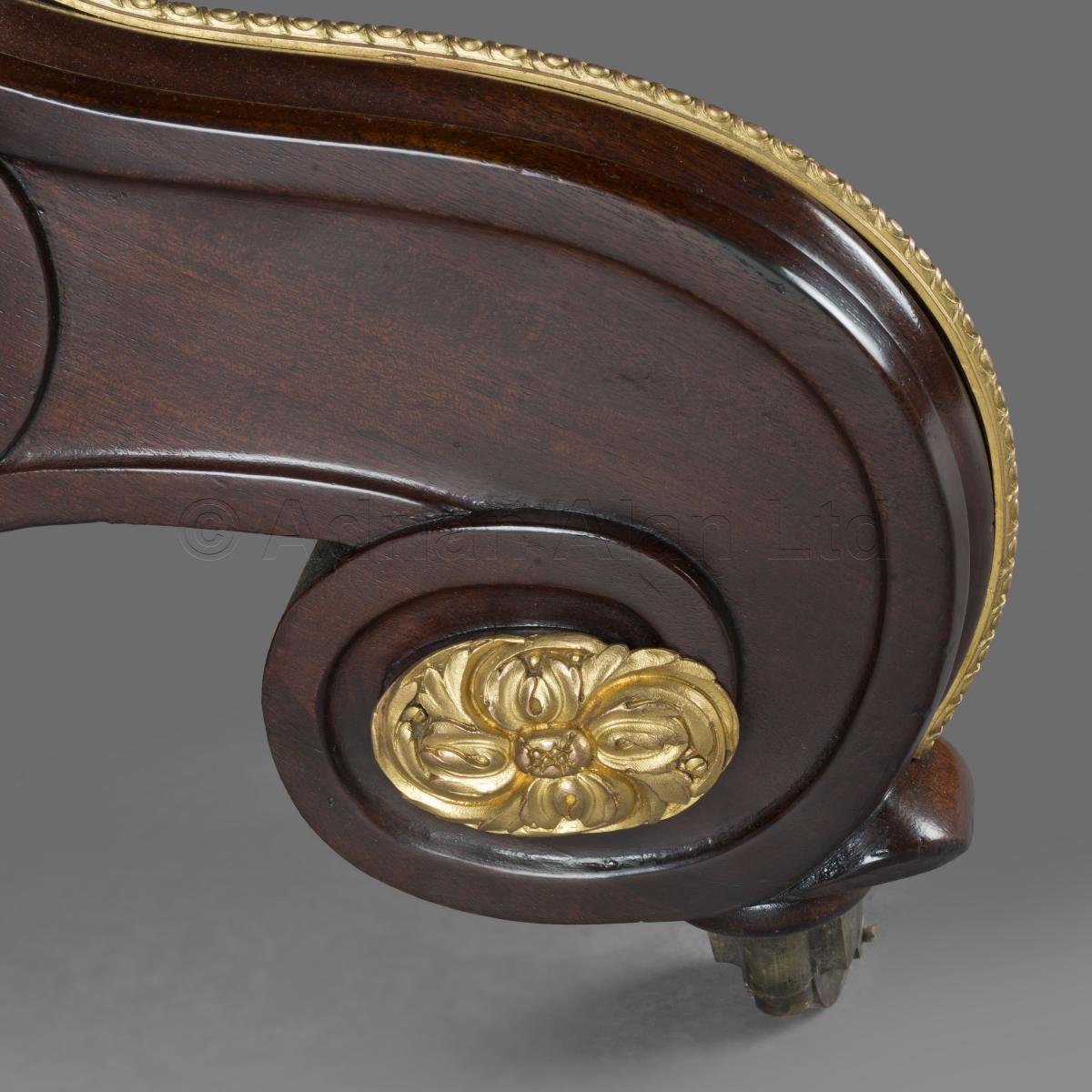 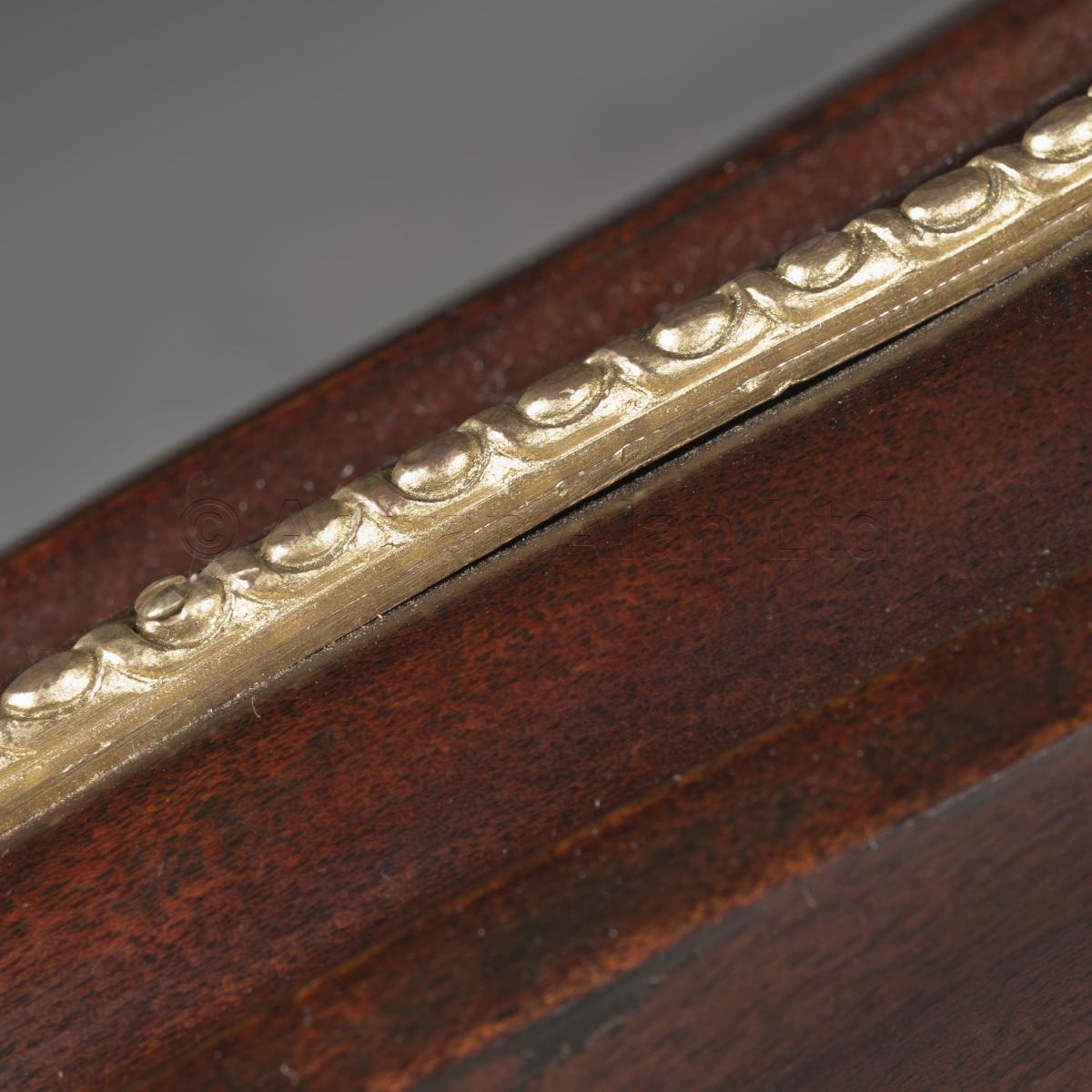 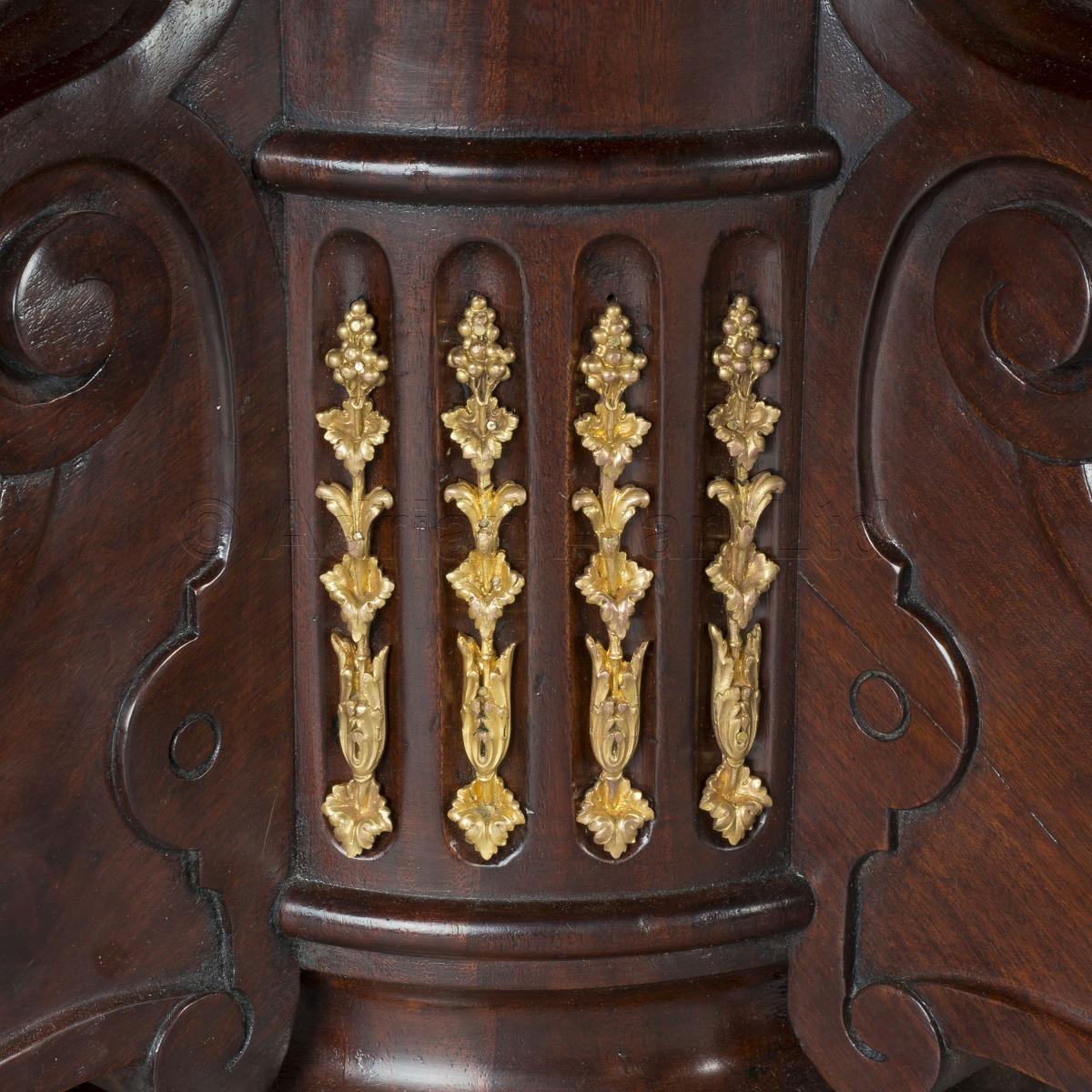 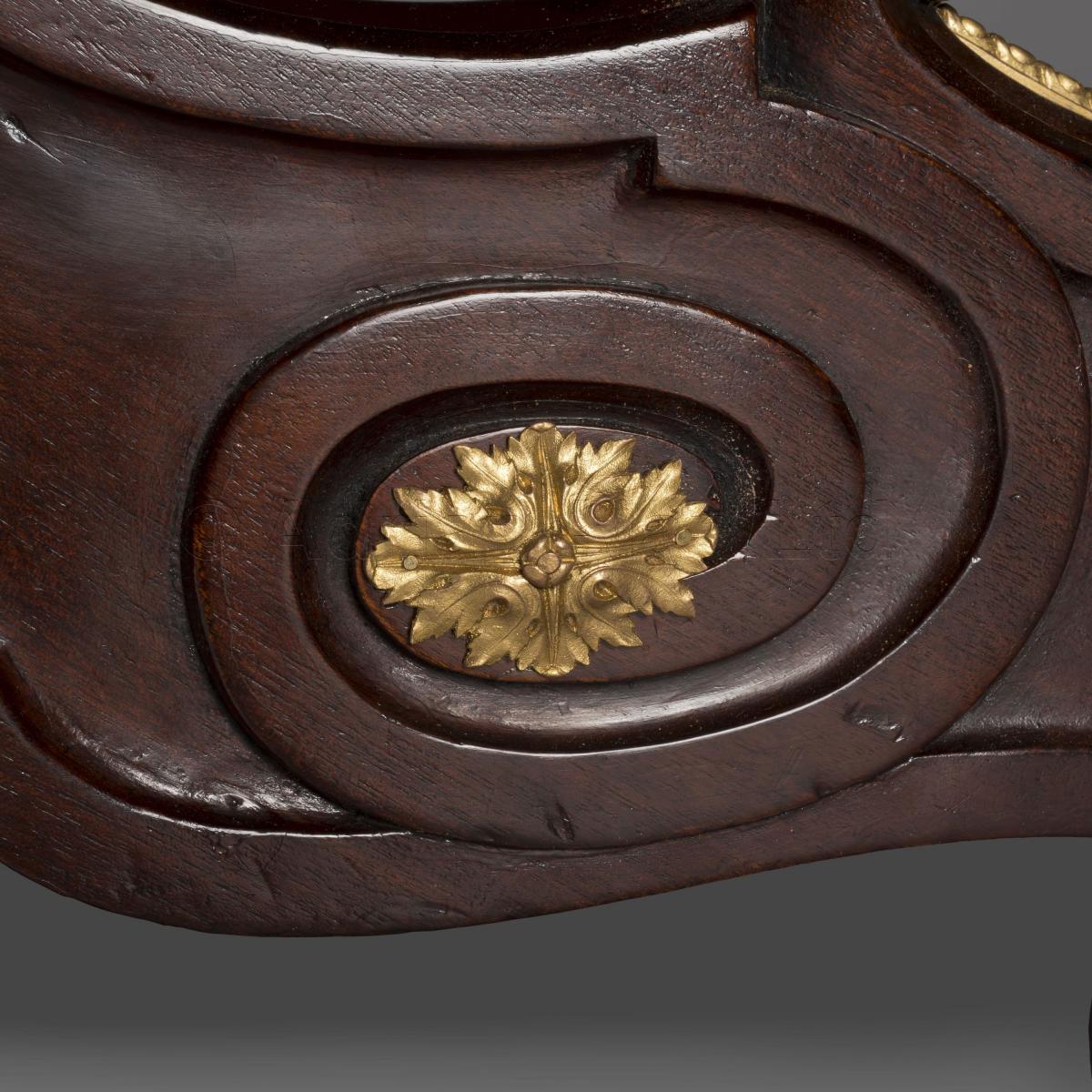 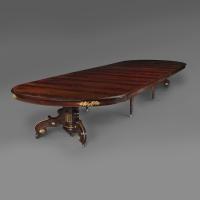 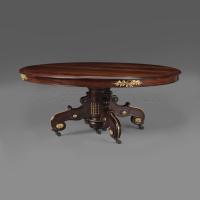 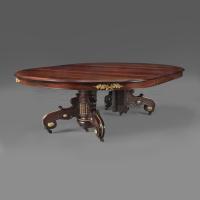 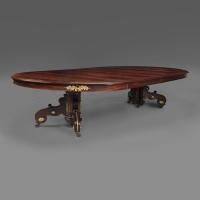 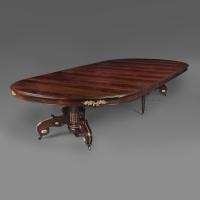 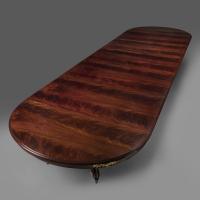 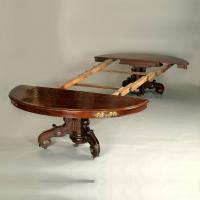 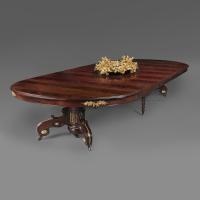 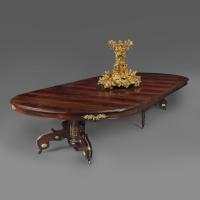 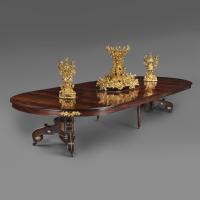 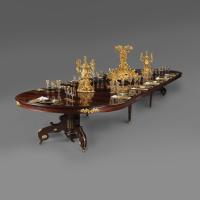 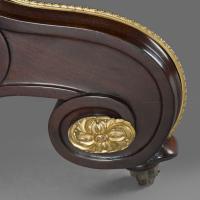 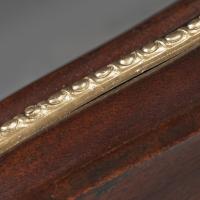 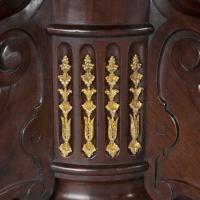 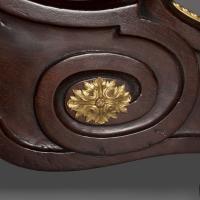 This impressive extending dining table has a finely figured mahogany top with two 'D'-ends with a moulded border and a frieze enriched with gilt-bronze ribbon tied foliate mounts.

The table is raised on a four substantial hipped scrolling legs around a central fluted column with gilt-bronze mounts.  The column dividing in two as as the table is extended to provide support for each end.   The scrolled legs terminating in paterae and raised on brass castors.

The table top has an additional five later leaves allowing it to be extended by way of a pullout mechanism to provide a combination of sizes.   Fully extended the table measures 570 cm (224 inches) in length .  When extended four recessed hinged drop down legs can be deployed to provide additional support for the table, resulting a very stable and solid configuration.

Guillaume and Jean-Michel Grohé, worked together from 1829 until Jean-Michel retired in 1861, the younger brother Guillaume continuing until 1884. They exhibited at the French Industrial Exhibition in 1834, and in 1847 became known as Grohé Frères with Guillaume the principal partner.

Guillaume supplied many royal houses, including Queen Victoria, from 1862 onwards. He was also said to have made a great impression on, and supplied furniture to King Louis Philippe, Emperor Napoléon III and Empress Eugénie. Guillaume favoured the Louis XVI style but made pieces in differing styles, exhibiting almost continually from 1834 to 1878. Guillaume was awarded the Légion d’Honneur in 1849.

The work of Grohé was praised in the 1867 Paris Exposition Universelle as ‘supérieurs à ceux de Riesener et Gouthière’ (‘superior to those of Riesener and Gouthière’).