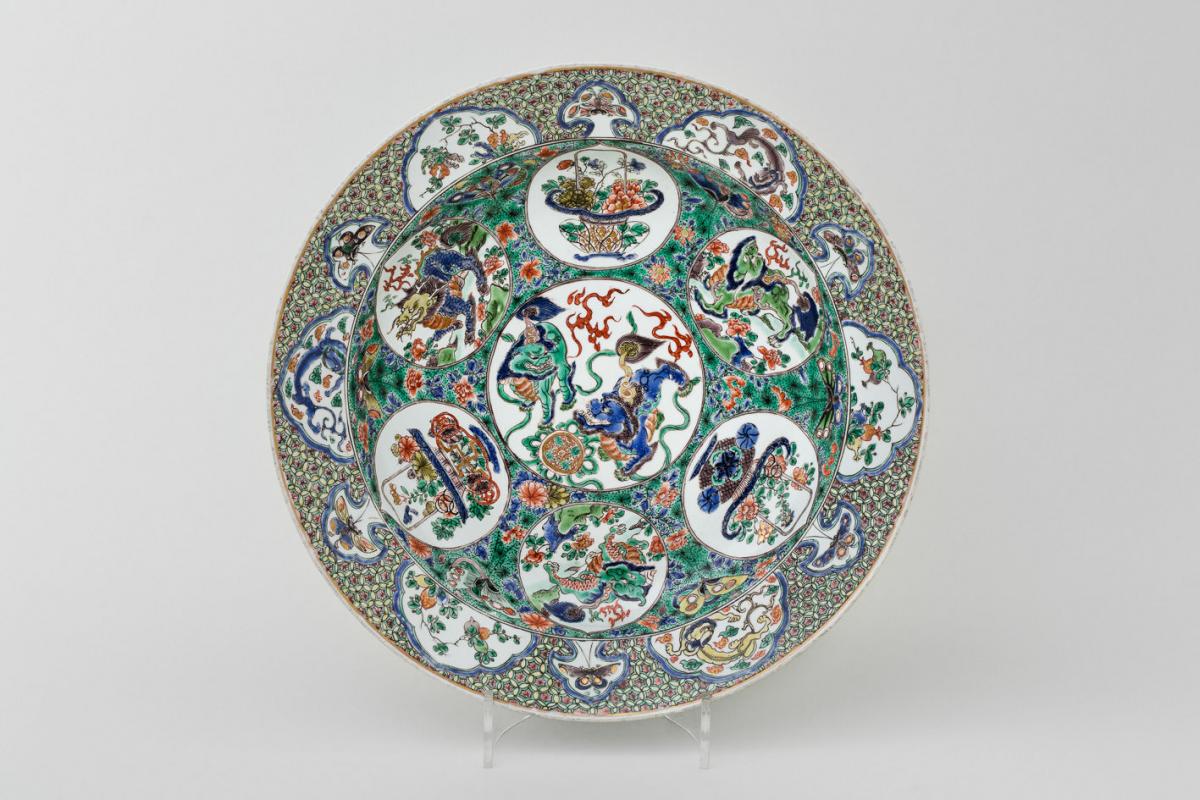 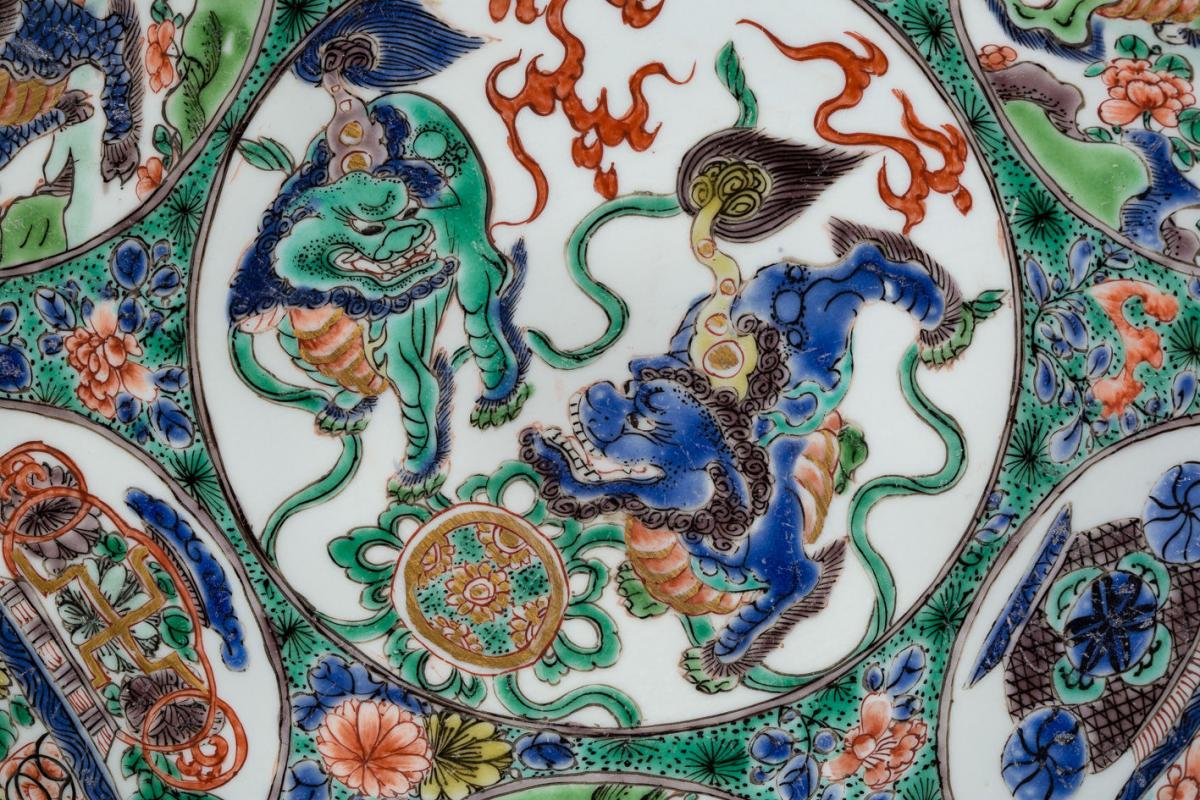 Of round form, with a shallow bowl and gently everted flat rim, finely decorated in bright shades of famille verte enamels and gilding and painted in the centre with a small roundel with two kylins in movement contesting a brocaded ball and surrounded by flames, the well with further six small roundels of alternating kylins or scaly mythical beasts and with pierced and decorated baskets filled with flowers, all reserved on a green ground scattered with flowers and butterflies, the rim with six shaped cartouches, three, each with a chilong, baby-dragon in different shades, three with alternately a branch of finger-citrus ‘Buddha’s hand’, a branch of pomegranates, and a branch of peaches, in between each cartouche a small trefoil panel painted with a single butterfly, the back rim with three flowering branches, the glazed base painted with a stylised lingzhi fungus inside double blue circular lines.

Provenance: From the collection of Herbert Küttim.

Footnote: Herbert Küttim (1901-1984) was brought up in Estonia. During the Second World War he and his family fled from Estonia and settled in Sweden in 1944.

Herbert Küttim was an entrepeneur working in many different fields. It was during a trip to London in the 1950´s that his passion for porcelain began. During the following decades he travelled many times to London, filled his blue Chevrolet with antique porcelain, which he brought back to Sweden. Some was kept in his own collection, other pieces were sold on. His sons – who often accompanied him on his journeys to England – and his grandchildren inherited this collection.