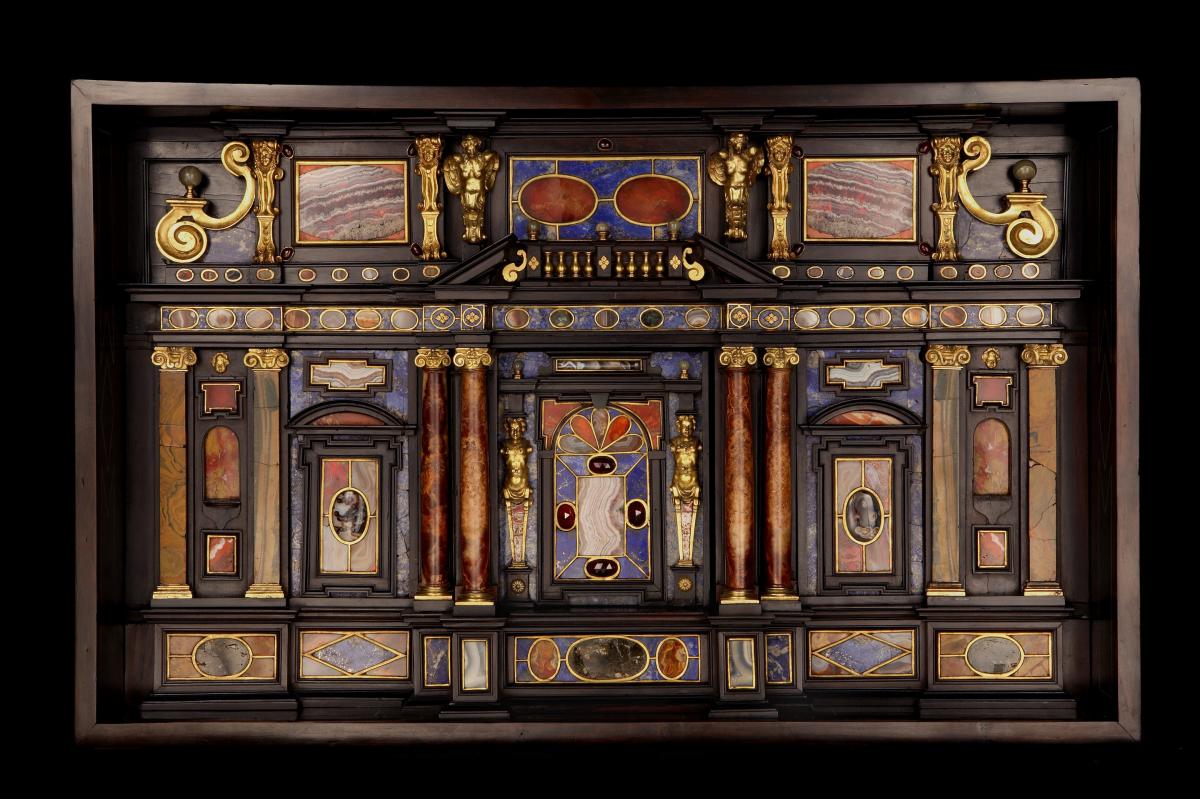 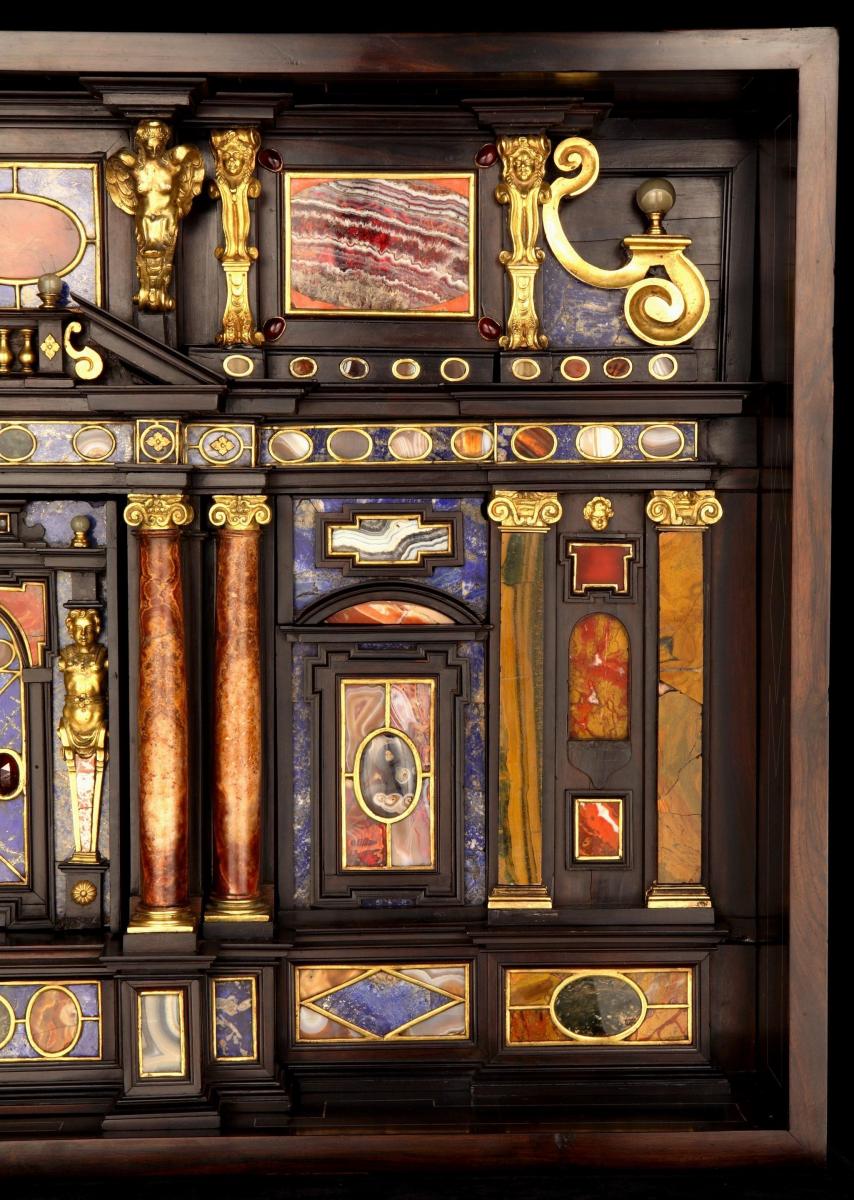 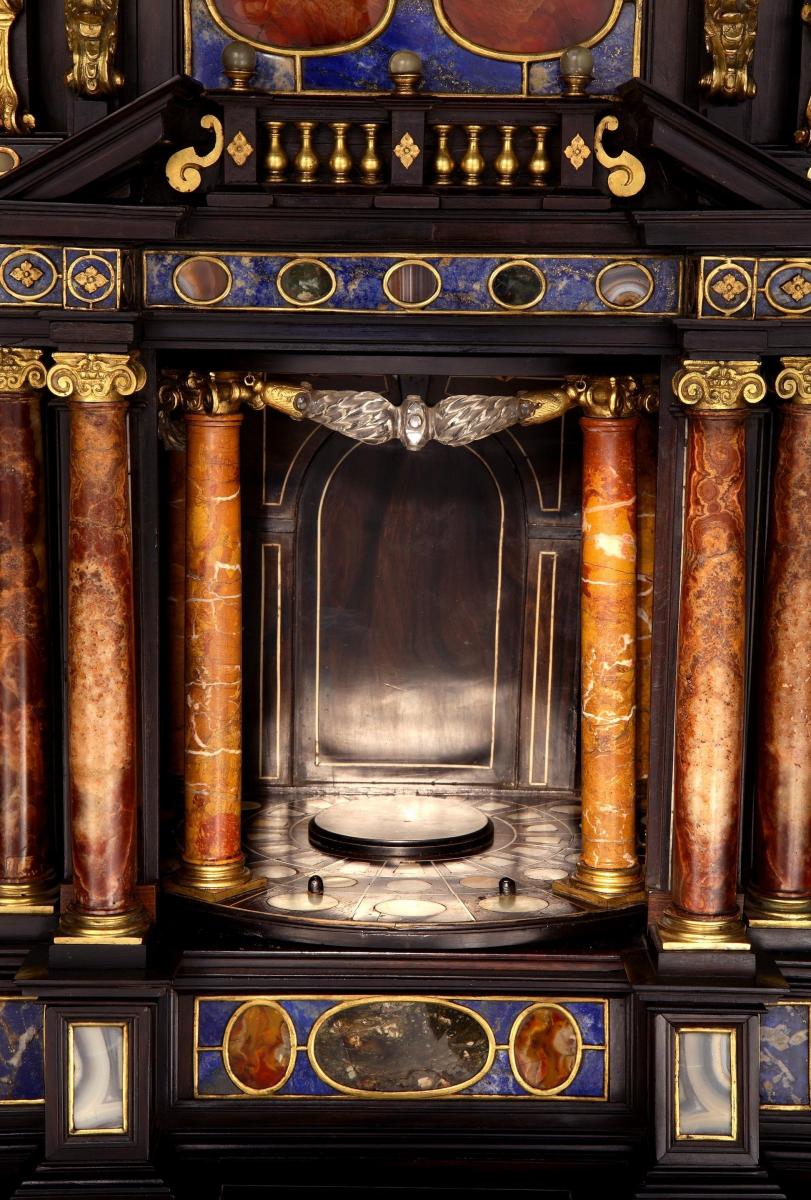 The cabinet which would have been used for the storage of precious items has many secret sliding panels which when open reveal a selection of hidden drawers which are also veneered in more marbles and stones .#

The most important feature is the Centre Revolving Door which reveals a circular Revolving Vestibule adorned with Marble Columns and a Parquetry Floor .

The inside ceiling is decorated with Gilt Metal- copying heavenly stars , and extremely rare Hanging Rock Crystal Drapery . This fine Baroque Cabinet is adorned with Original Gilt Metal Mounts highlighting its self importance .

Literature: There are similar cabinets in the Capitoline Museum ( Rome ) each without doors and one other at Stourhead which was made for the Pope suggesting the importance of this one .