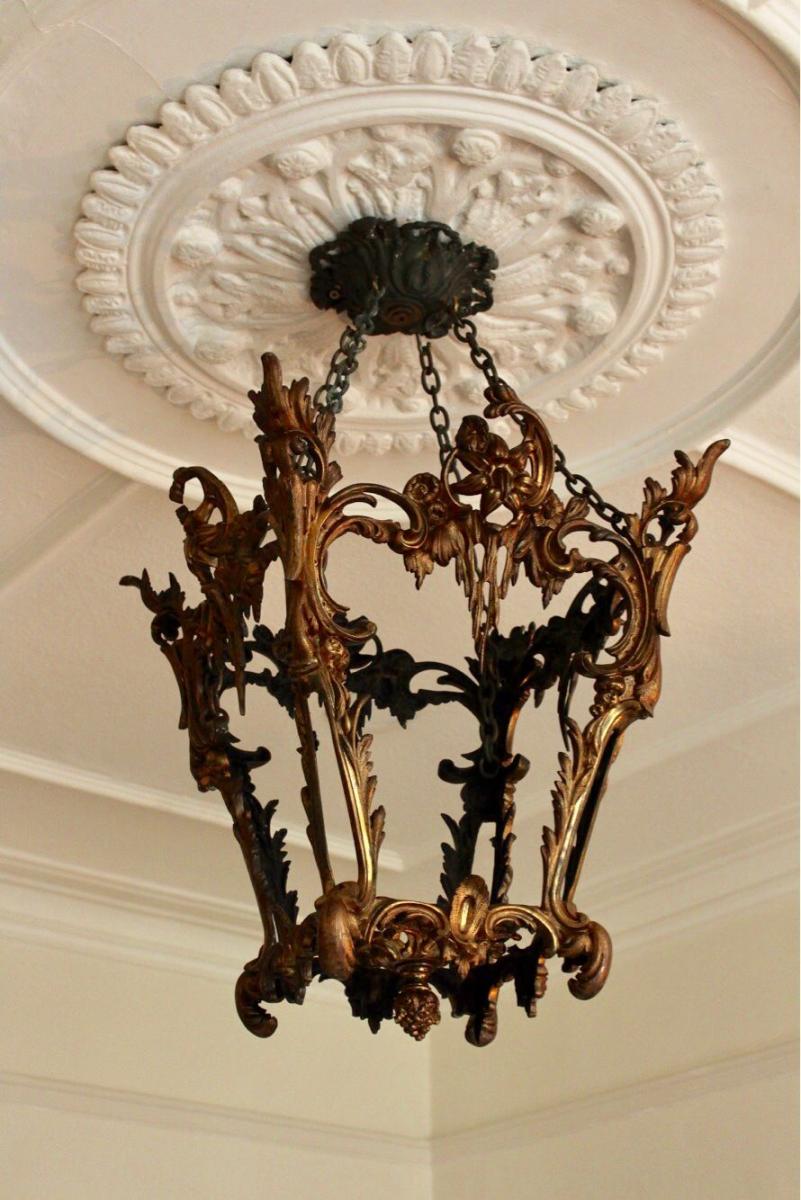 Of square tapering form, cast and chased with rocaille ornament, on chain suspensions

Henry Northey Hooper (1799 – 1865) was a preeminent 19th-century American manufacturer and merchant of decorative lighting, Civil War artillery, and bells and chimes. He was a Boston politician and foundry owner and in his firm he cast the first life-size bronze statue in the United States.

Condition: The gilding tarnished and worn in areas consistent with exposure to the elements. The chain suspensions and corona later associated. Currently without electric light fitment, or its original light source.
Email Enquiry