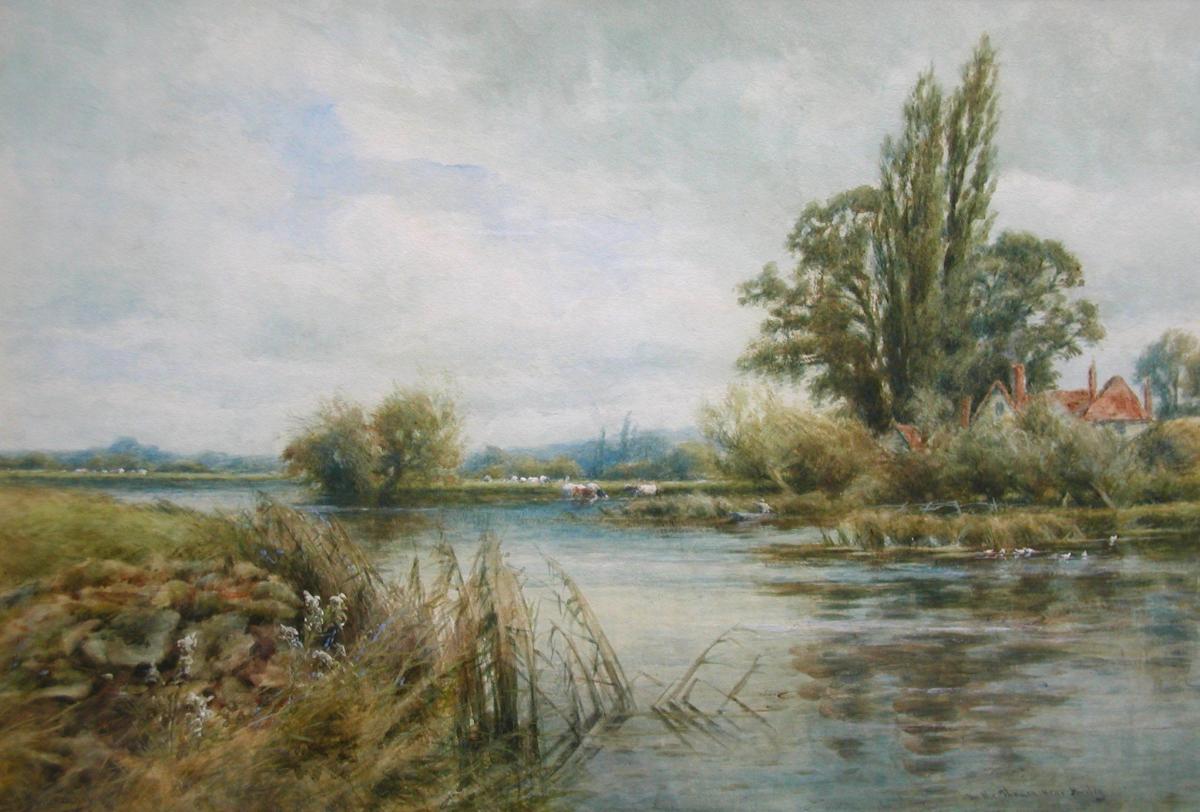 Henry John Kinnaird was a painter of landscapes and river scenes who was born on 7 June in Old Church, St Pancras. In 1880, he was living in the Camden Town area of London and exhibited a number of works at the Royal Academy including: ‘The Tow Path near Henley’, ‘ The Thames near Pangbourne’ and ‘The Old Mill, Burnham, Essex’. He also exhibited at the Royal Society of British Artists, the Royal Society of Artists, Birmingham and the Royal Institute of Oil Painters.

By 1887, he had moved to Chingford in Essex, and by 1908 he had made the move to Sussex where he lived in Arundel before finally settling in Ringmer near Lewes. Kinnaird painted in both watercolours and oils in a broad, naturalistic style similar to John Horace Hooper, however during his lifetime he became a well-known watercolour artist. Although he painted harvest scenes in and around Surrey and Sussex, he specialised in river scenes such as this lovely example. He died on 26 February at Old Cottage, Ringmer in 1929.

This watercolour has been professionally cleaned and laid onto acid-free board with an acid-free washline mount. The work is housed in elegantly simple, new plain gold frame.