Landscape oil painting of a river glen by William Mellor 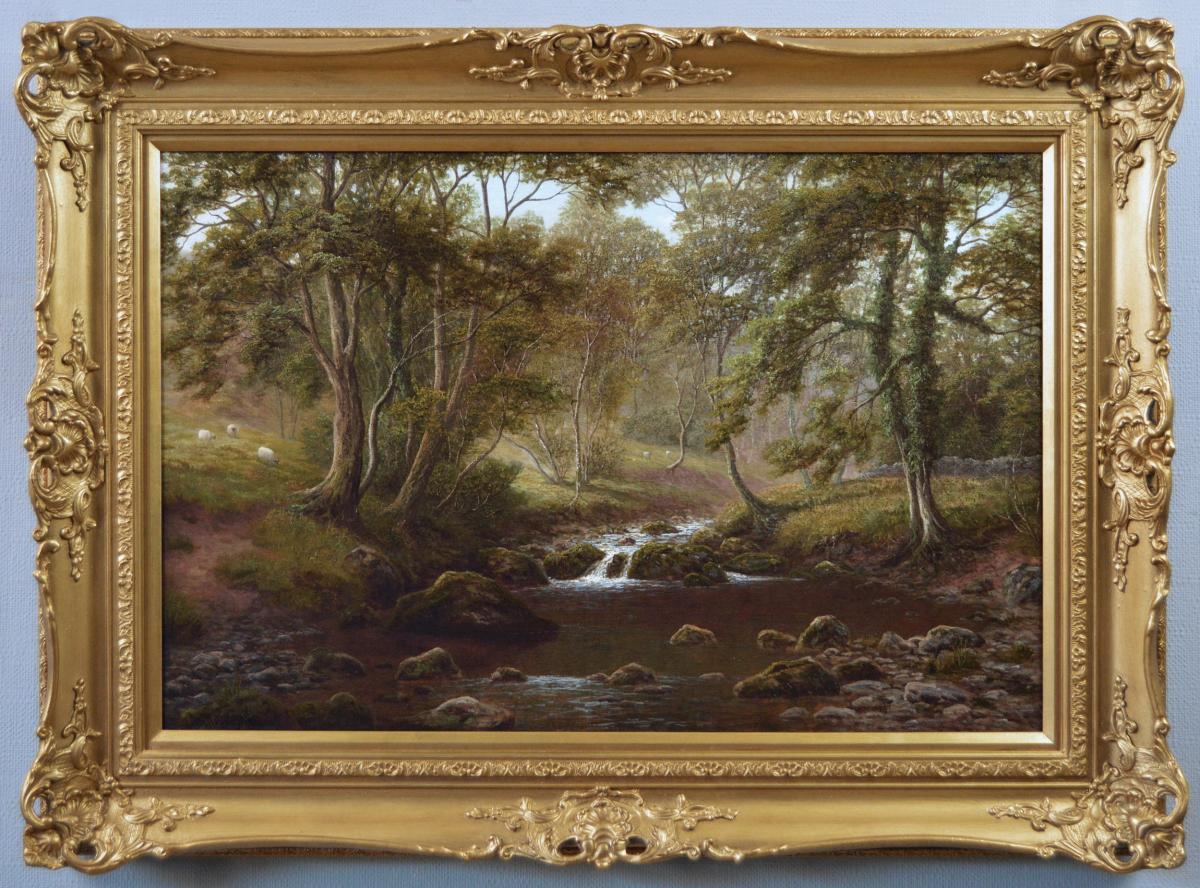 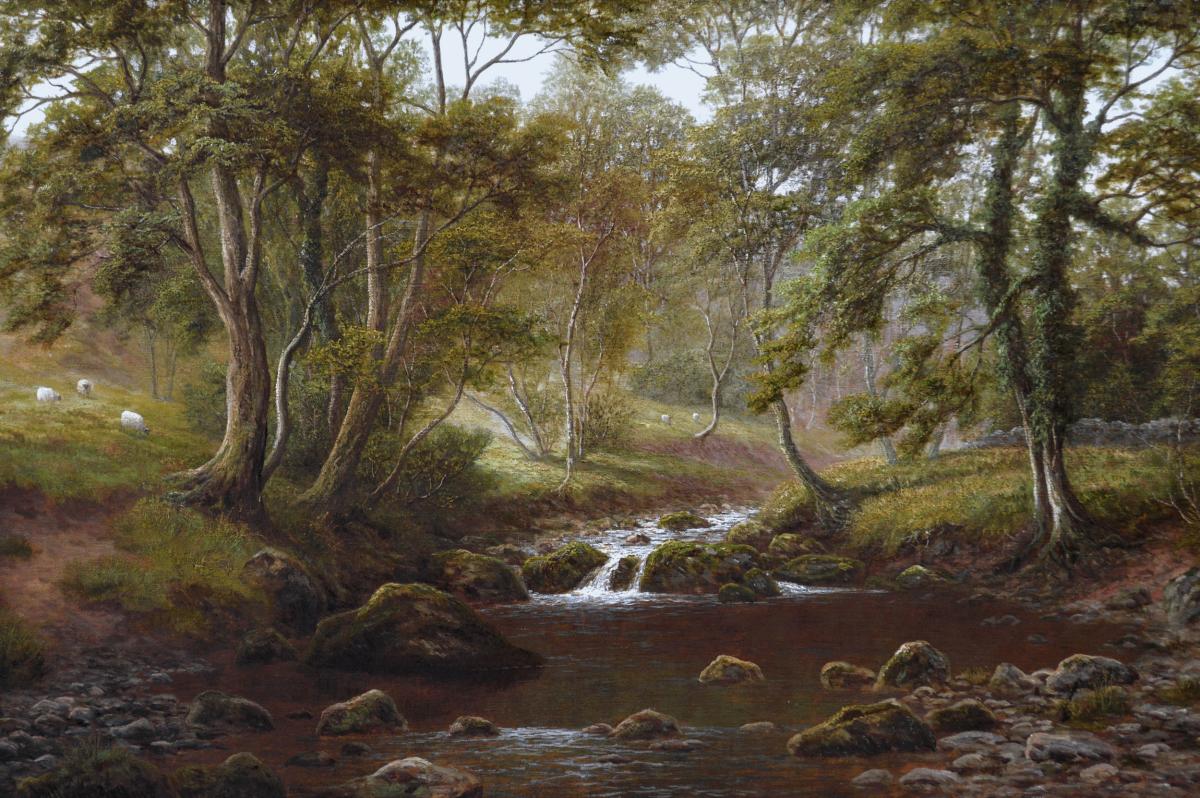 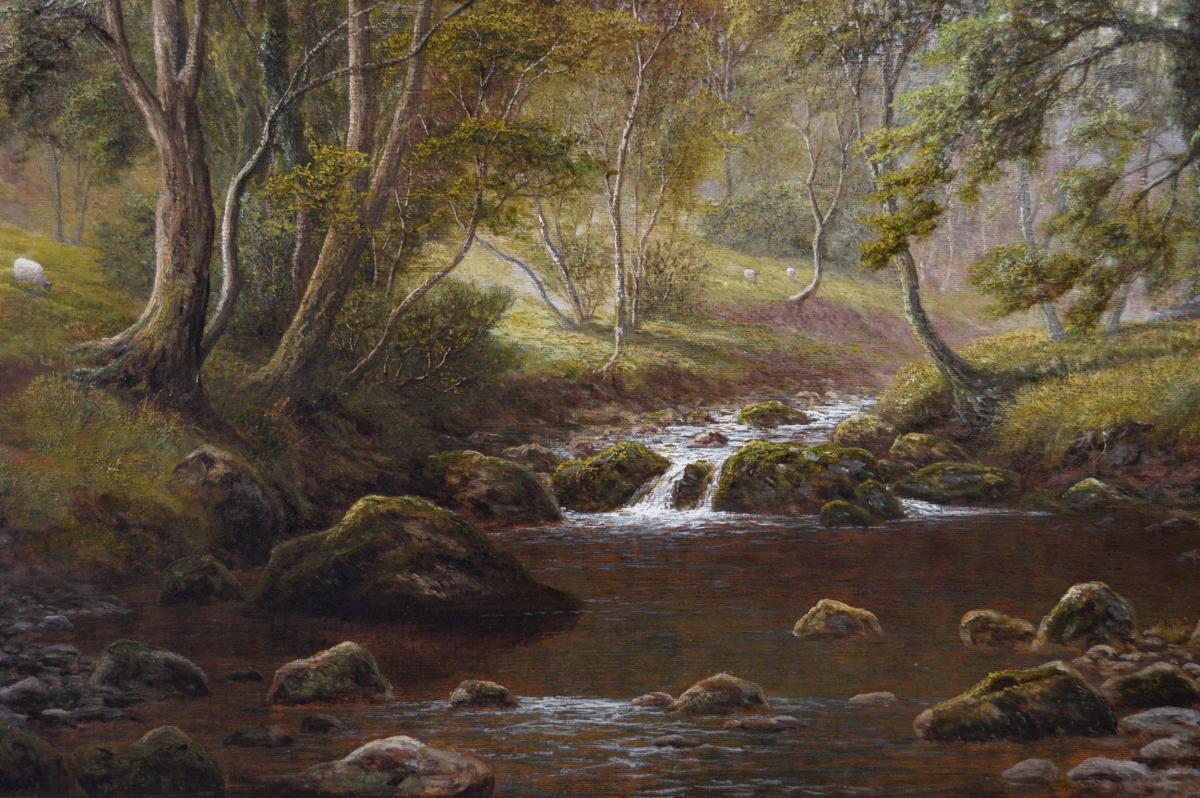 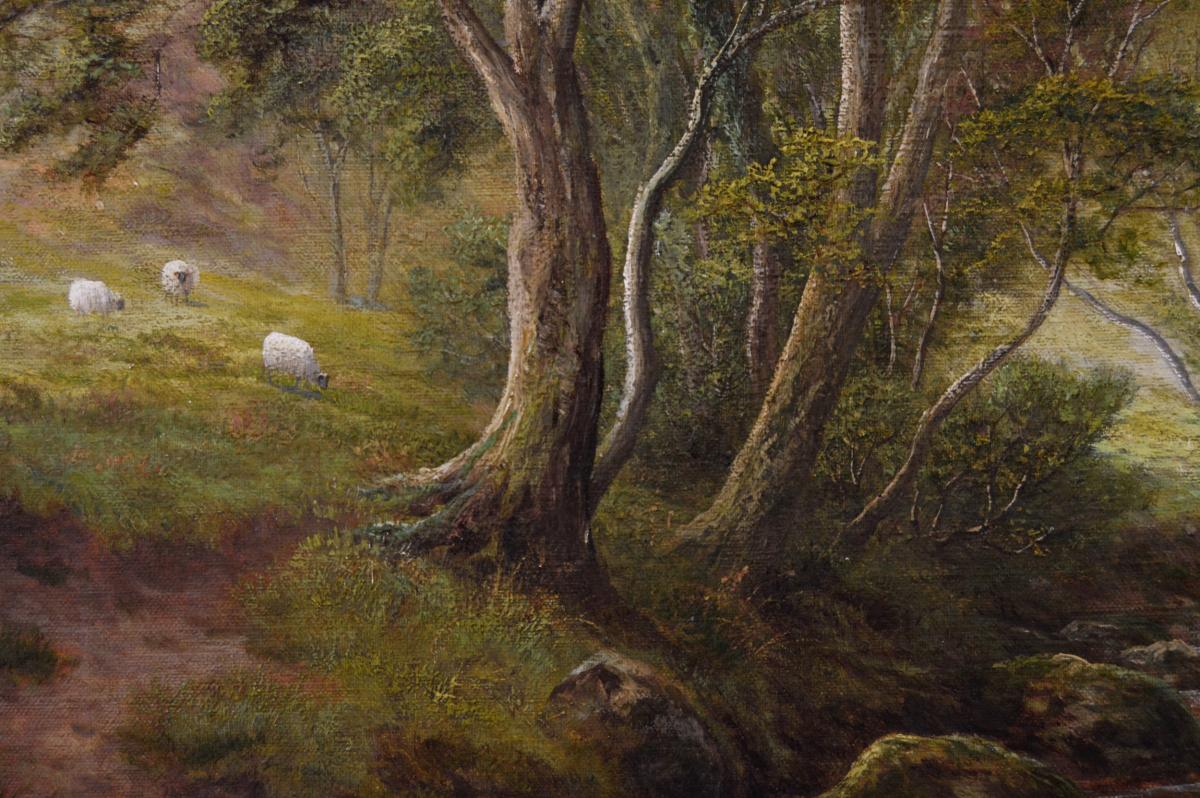 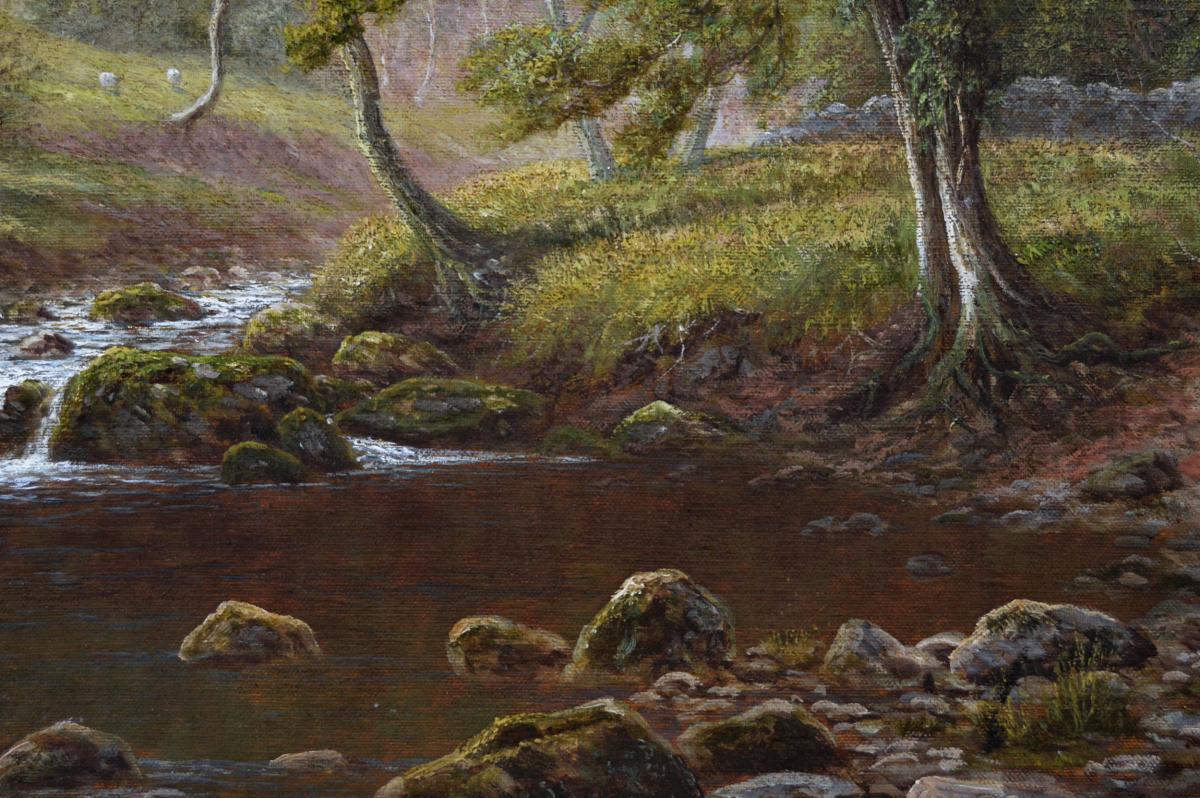 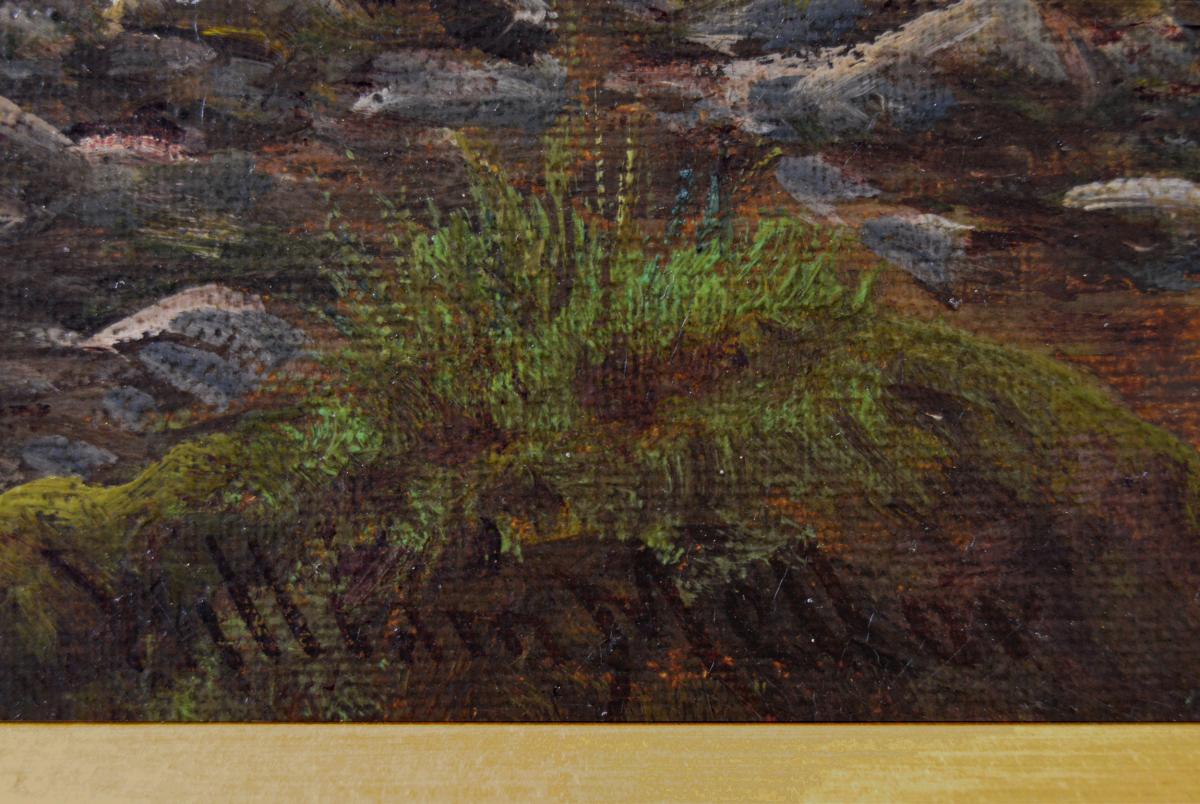 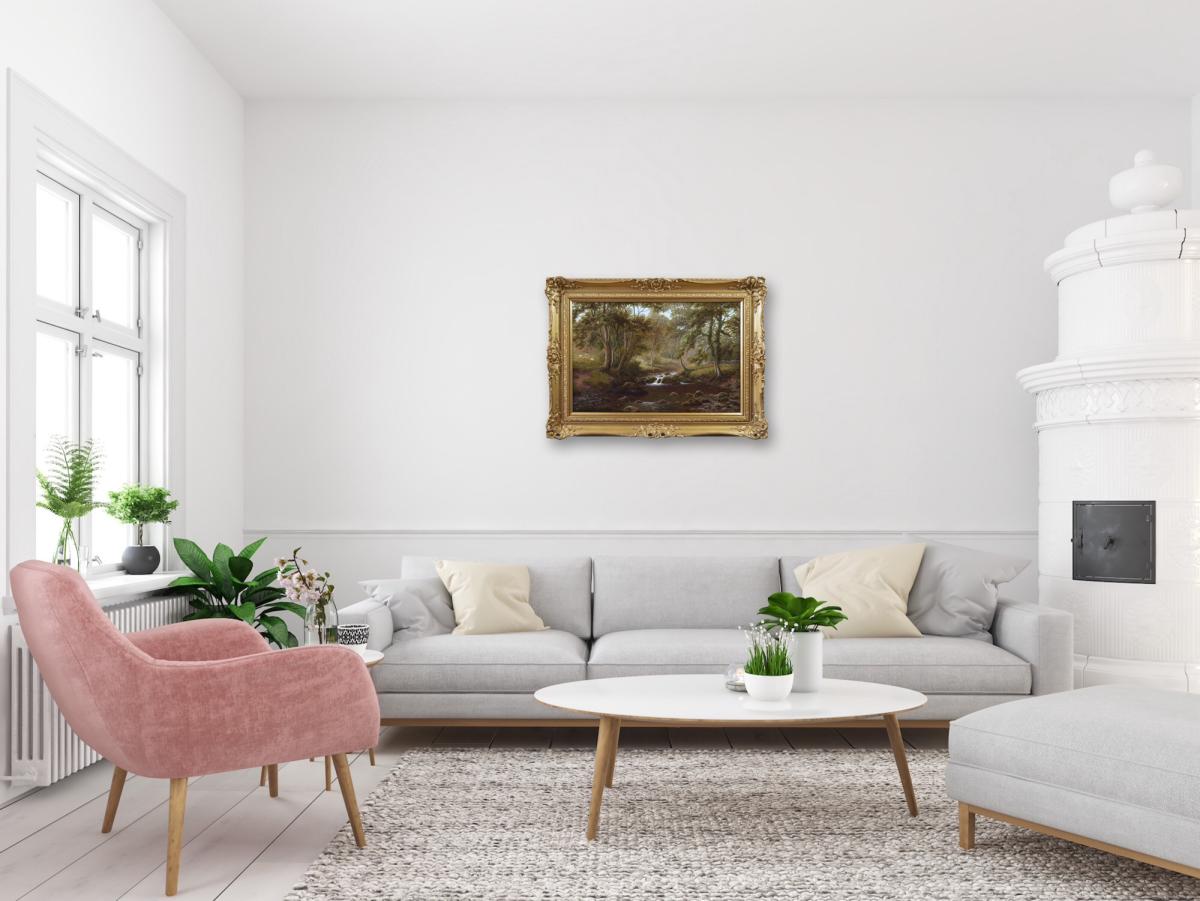 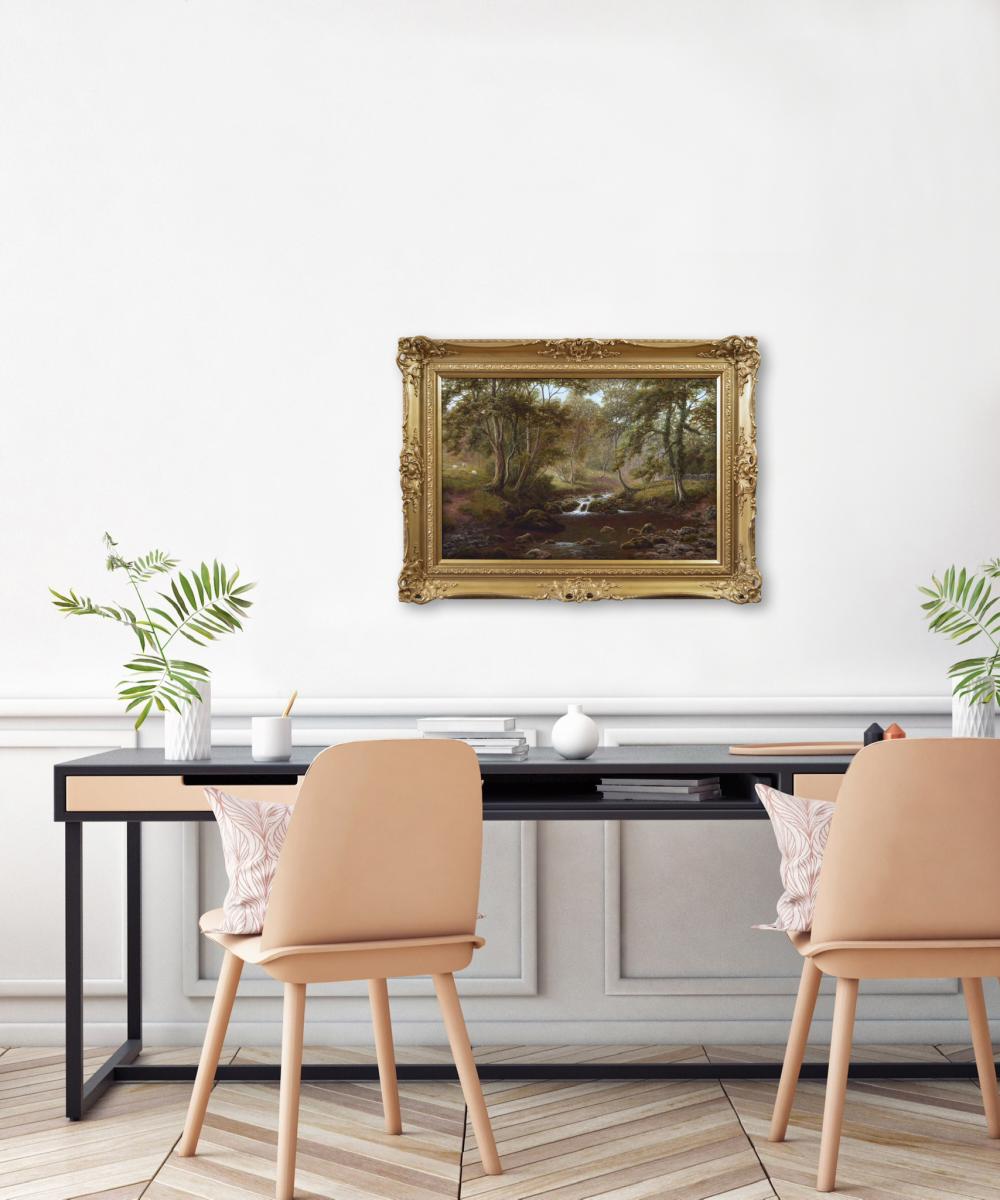 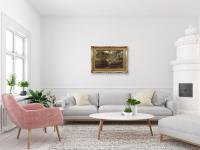 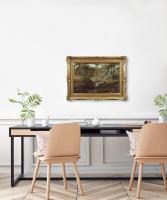 William Mellor was a landscape painter who was born in Barnsley, Yorkshire in 1851, the son of Joseph Mellor, an artist and Mary Mellor. Initially, he was employed as a loom turner in the weaving industry before becoming a professional artist. He would have received tuition from his father who clearly influenced his style and subject matter.

In 1876, he married Mary Elizabeth Watson and by 1881 had established himself as a successful landscape painter. Two of his sons Everett Watson Mellor (1878-1965) and Leonard Mellor (b.1891) also became artists. The family lived in Barwick Street, Scarborough before moving to Sefton Street, North Meols. However, by 1911, they had moved to Dragon Road, Harrogate where Mellor later died in 1931.

Mellor worked around his home county capturing views of Ilkley, Scarborough and Harrogate. He also travelled frequently to North Wales and the West Country and his paintings were often of river views, as in this fine example. Mellor's meticulously drawn landscapes are very distinctive, usually depicting scenes in summer and early autumn.

Many of his paintings can be found in public collections including the Harris Museum, Laing Art Gallery, Russell-Cotes Art Gallery, Towneley Hall Art Gallery and The Whitaker.

Presentation: The work is housed in a new, English made gilt frame which is in excellent condition.
Condition: As with all of our original antique oil paintings, this work is offered in ready to hang gallery condition, having just been professionally cleaned, restored and revarnished.