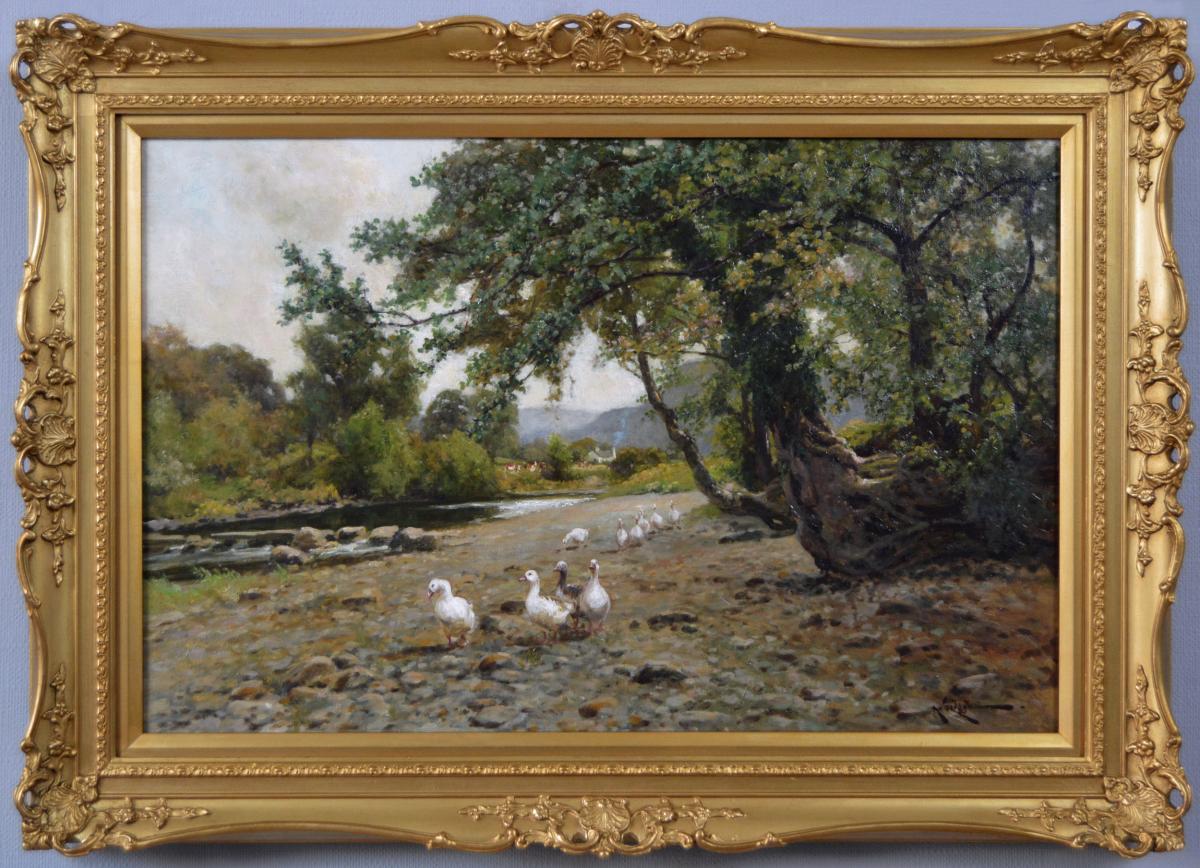 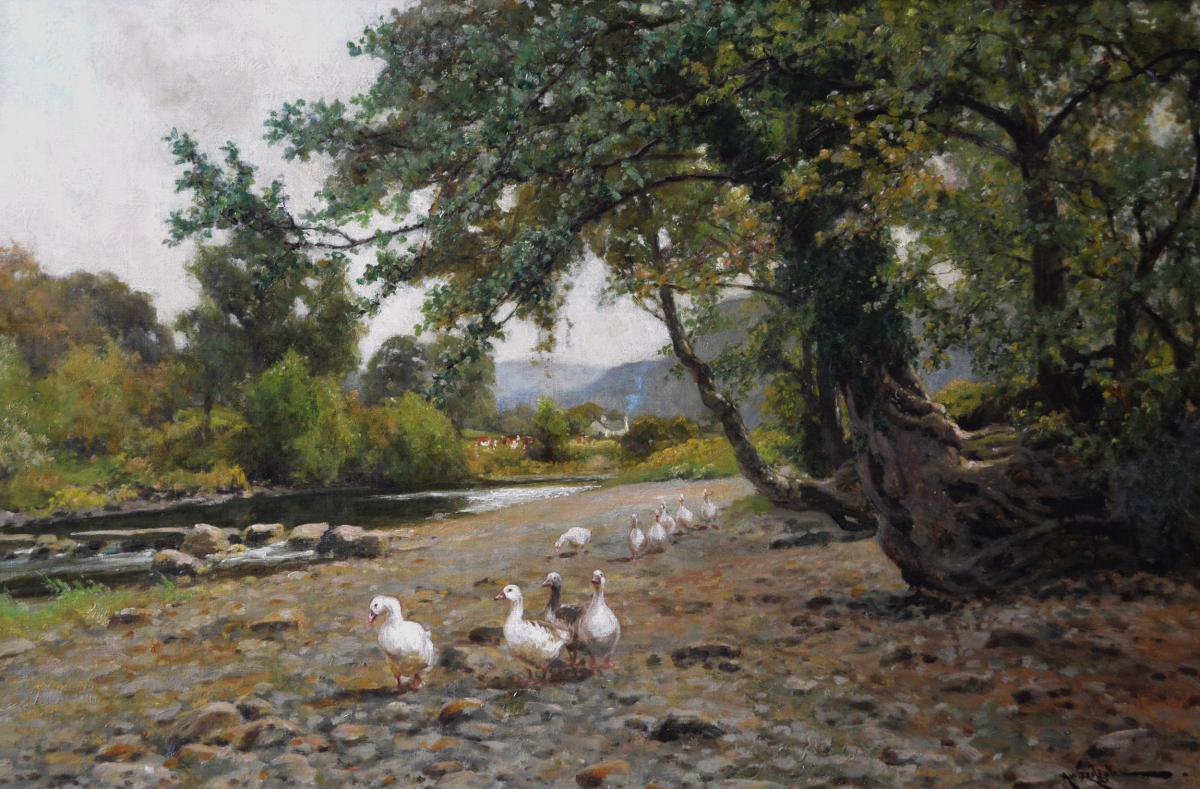 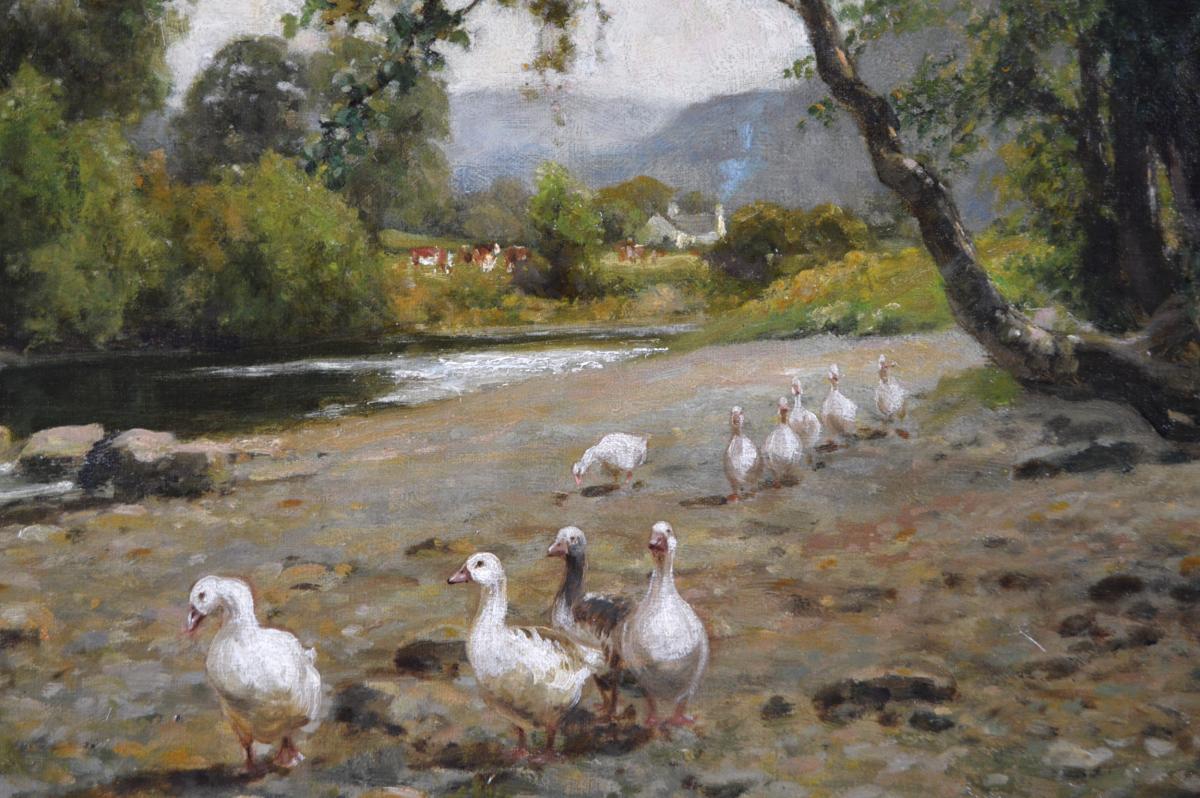 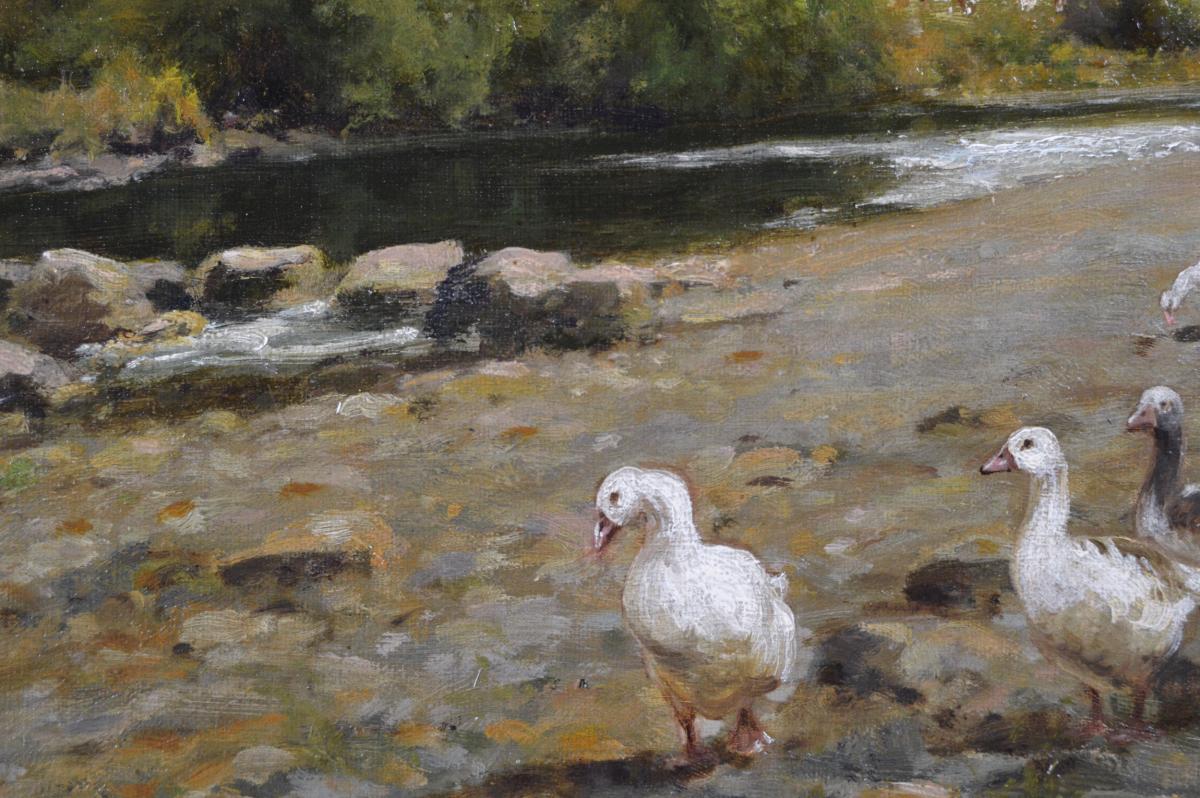 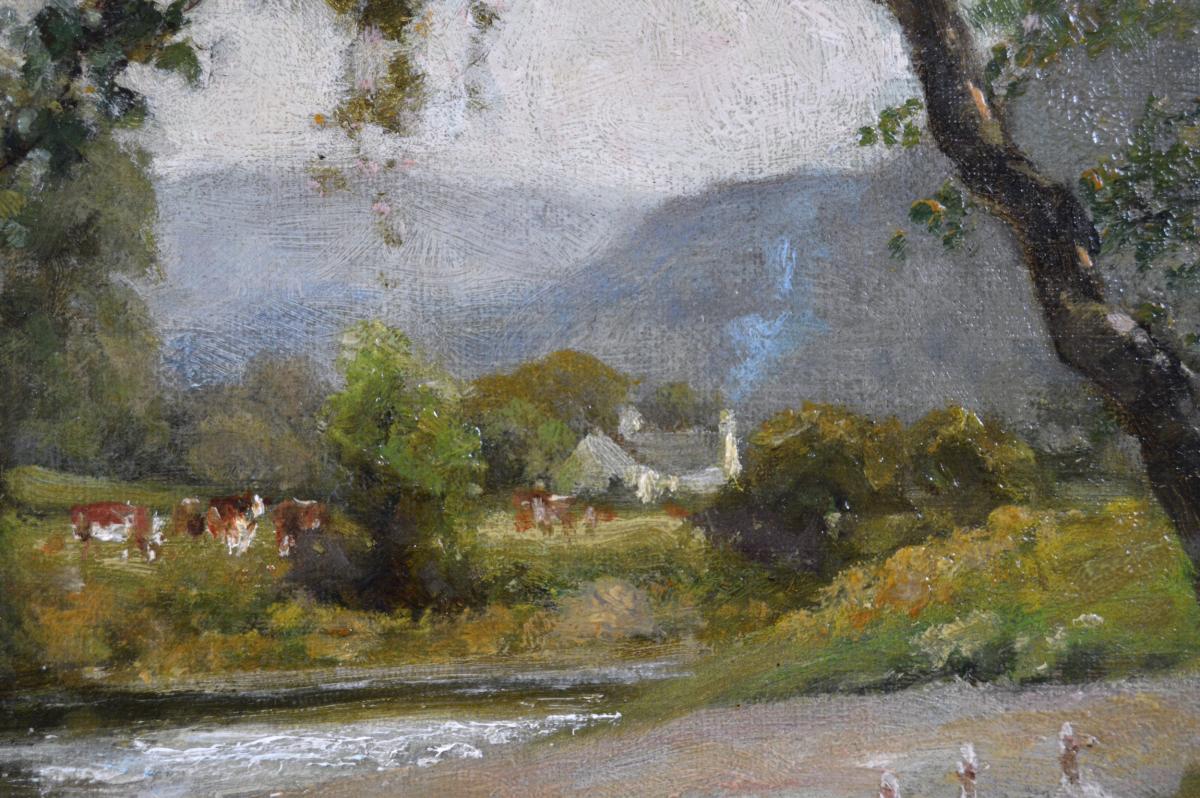 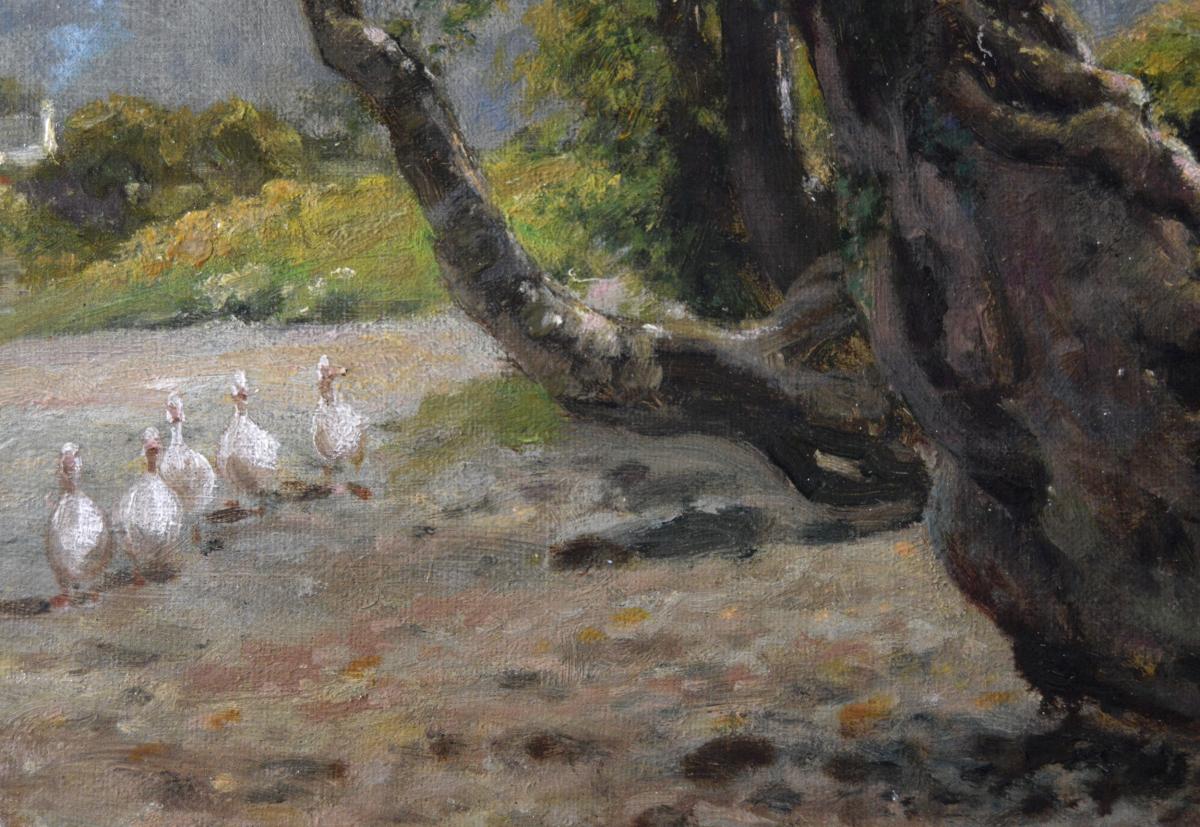 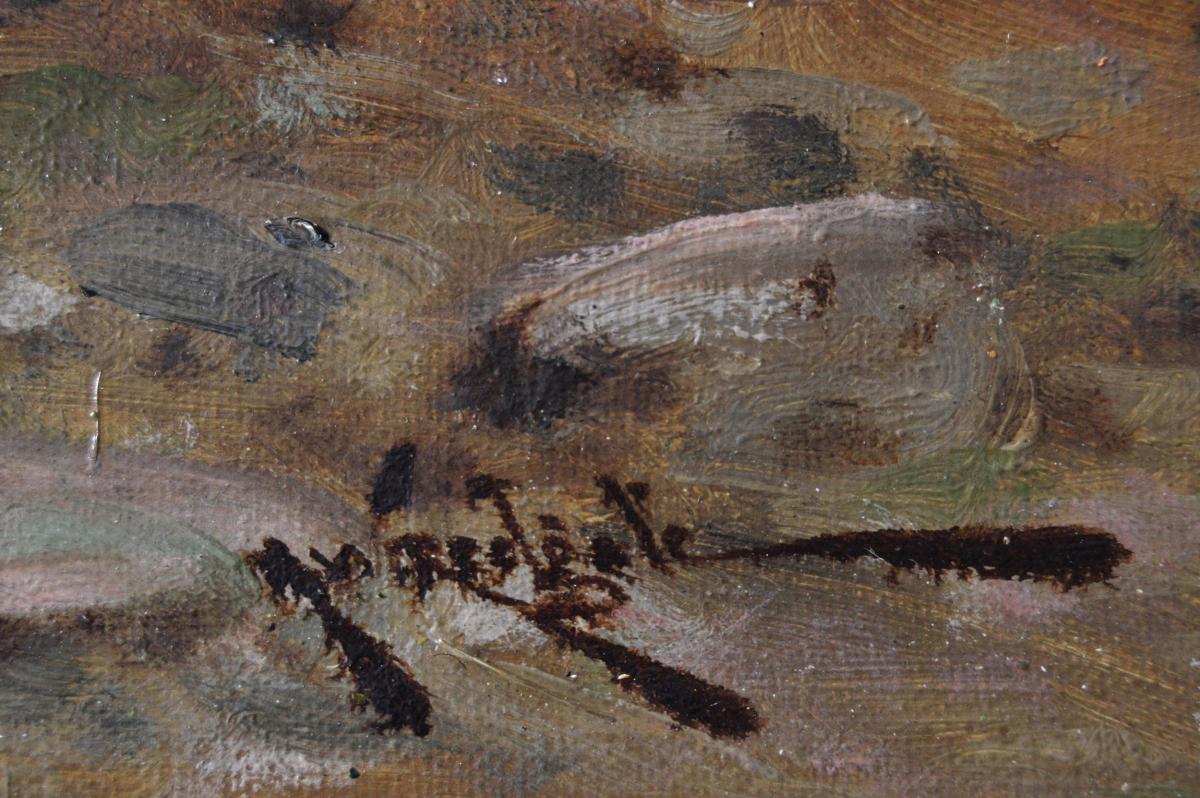 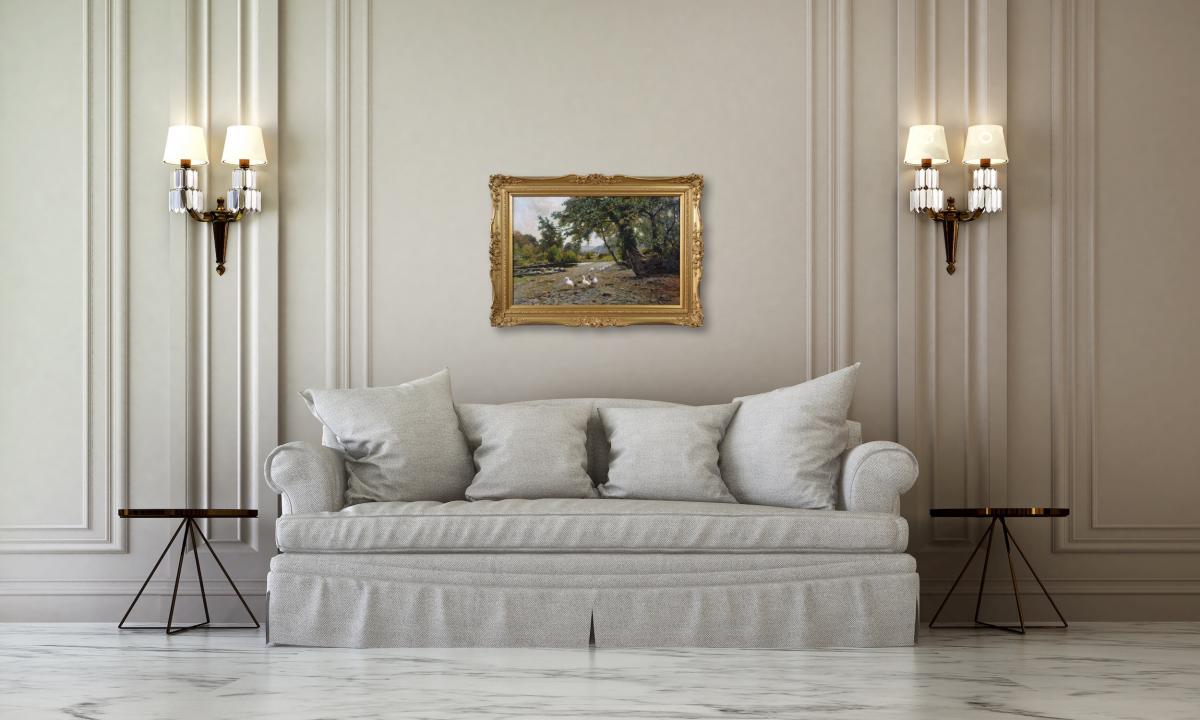 Arthur Walker Redgate was born in Nottingham in 1860 to Sylvanus Redgate (1827-1873), a photographer and portrait artist and Elizabeth Walker. His second name is sometimes mistakenly listed as William, however his birth record and other official documents confirm it was Walker, taken from his mother’s maiden name.

He was probably initially taught by his father, but as their style and subject matter differ he may well have received tuition from one of his father's artistic circle or attended art school, most likely the local Nottingham School of art. By the age of 20, he had established himself as a landscape artist and began exhibiting from around 1880. He made his debut at the Royal Academy in 1886 and continued exhibiting there throughout his life. He lived with his family in Nottingham until his marriage to Edith Elizabeth Henson in December, 1883. By 1885, the couple had moved to Leicestershire where their first child John Sylvanus was born, living at Mount Pleasant in Castle Donnington.

Redgate was a member of the Nottingham Society of Artists, later becoming vice president and exhibited at their Nottingham Castle Museum shows. He also exhibited at the Royal Society of British Artists as well at the Royal Society of Artists, Birmingham and the Walker Art Gallery. He painted the surrounding views where he lived in Nottinghamshire, Leicestershire and the river Trent but also travelled around the country visiting Norfolk, Derbyshire and Wales.

Around 1893, shortly after the birth of his second child, the family moved back to the Nottingham where they lived at 11 Charnwood Grove, West Bridgford. He remained there until his death on 6 October 1906. His obituary was published in the Nottingham Evening Post.

Examples of his work can be found at the Castle Donnington Museum, Nottingham Castle Museum and Wollaton Hall. 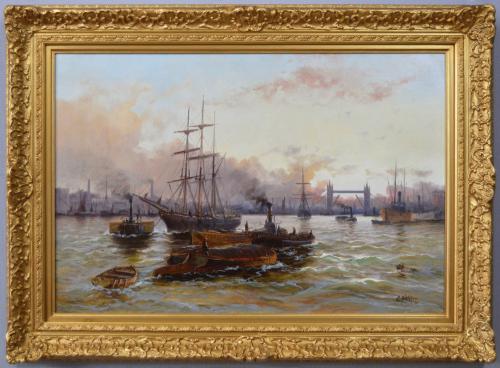