Landscape oil painting of figures by a pond by Joseph Thors 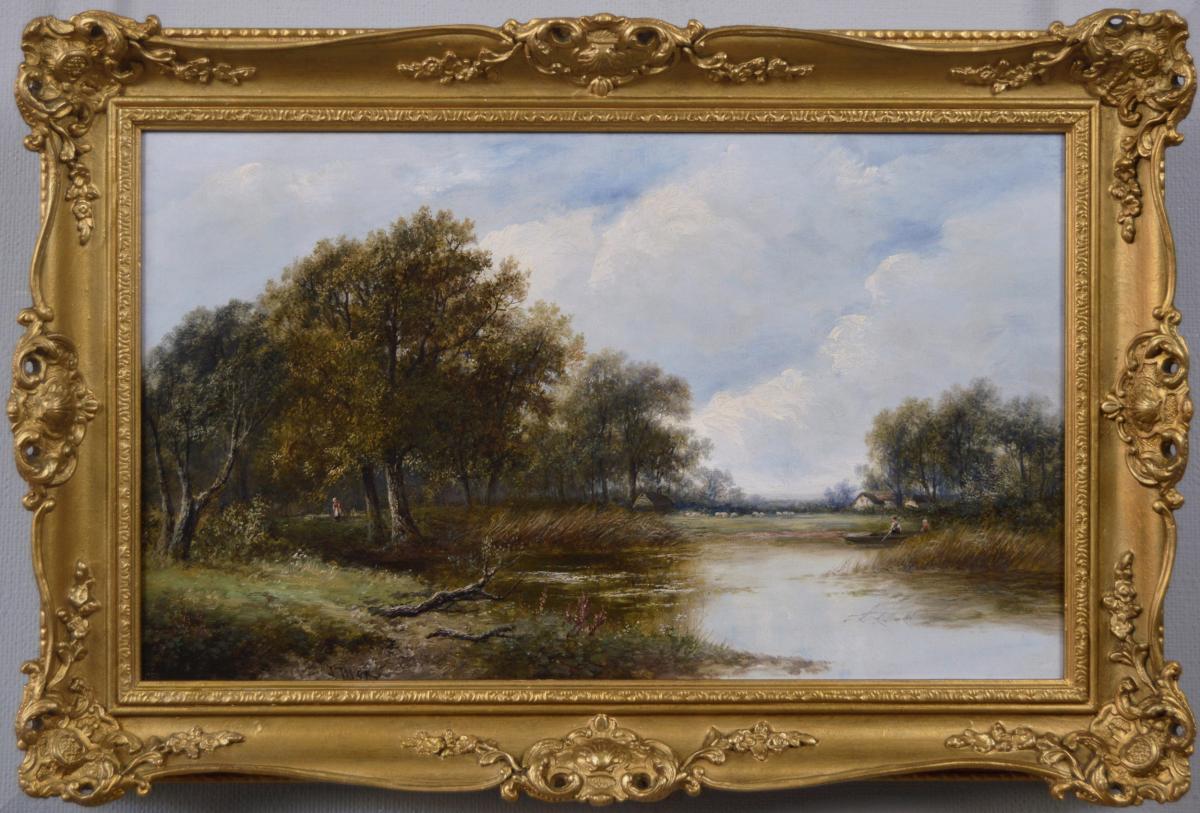 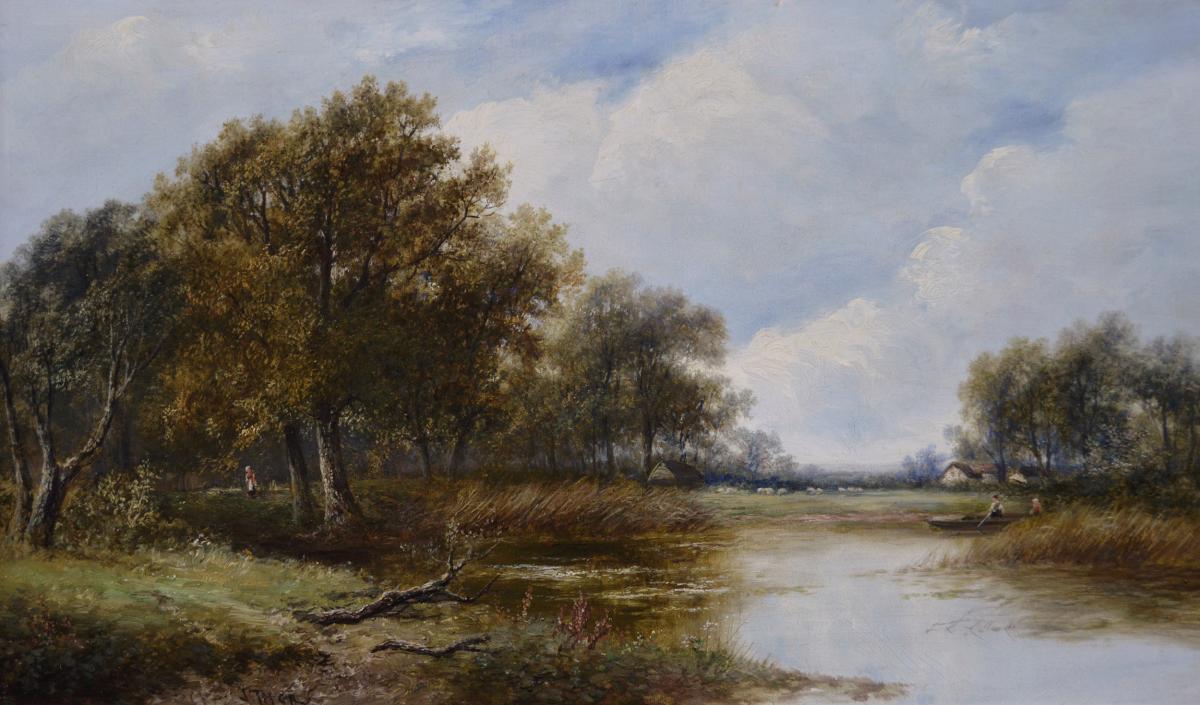 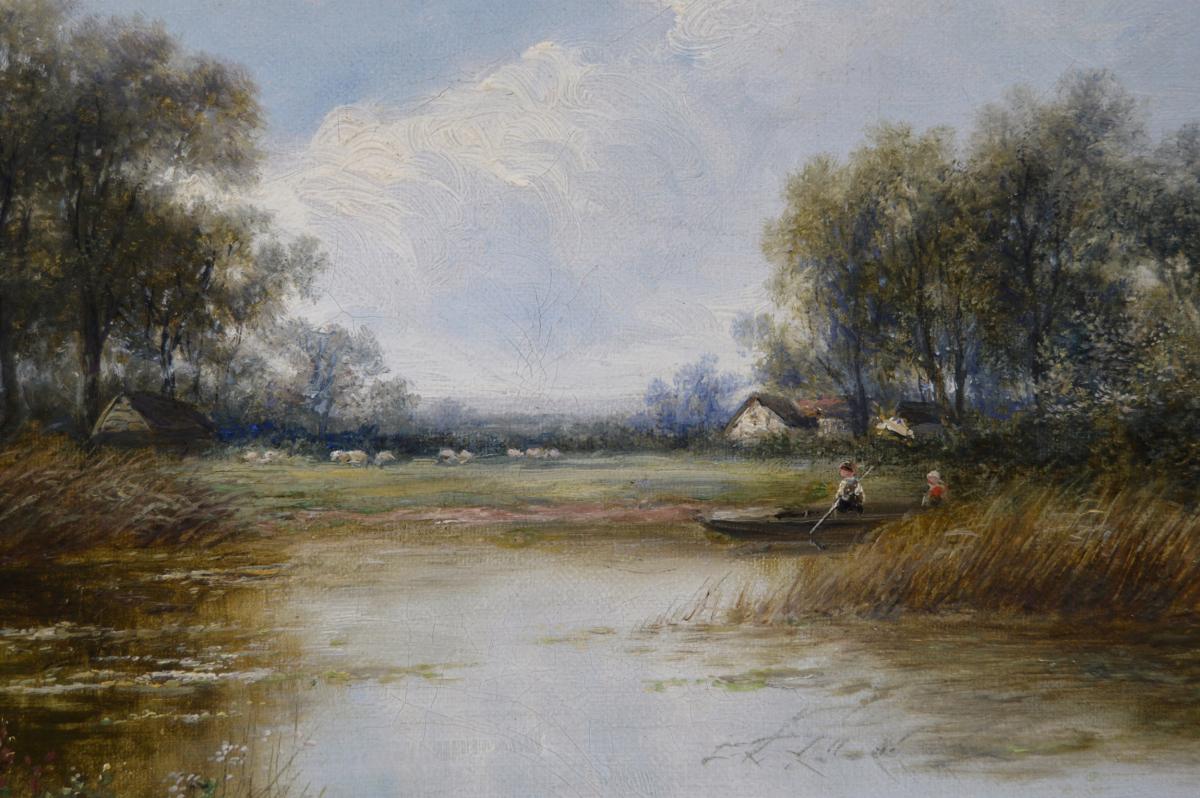 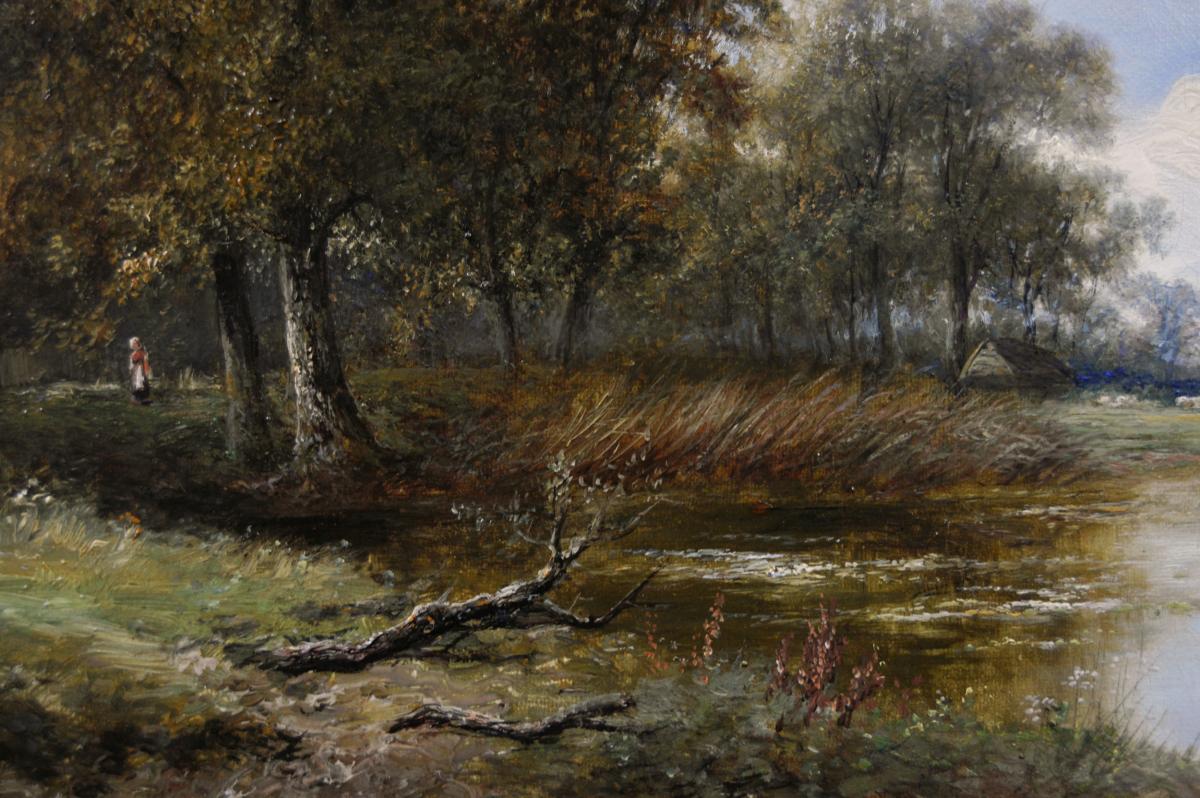 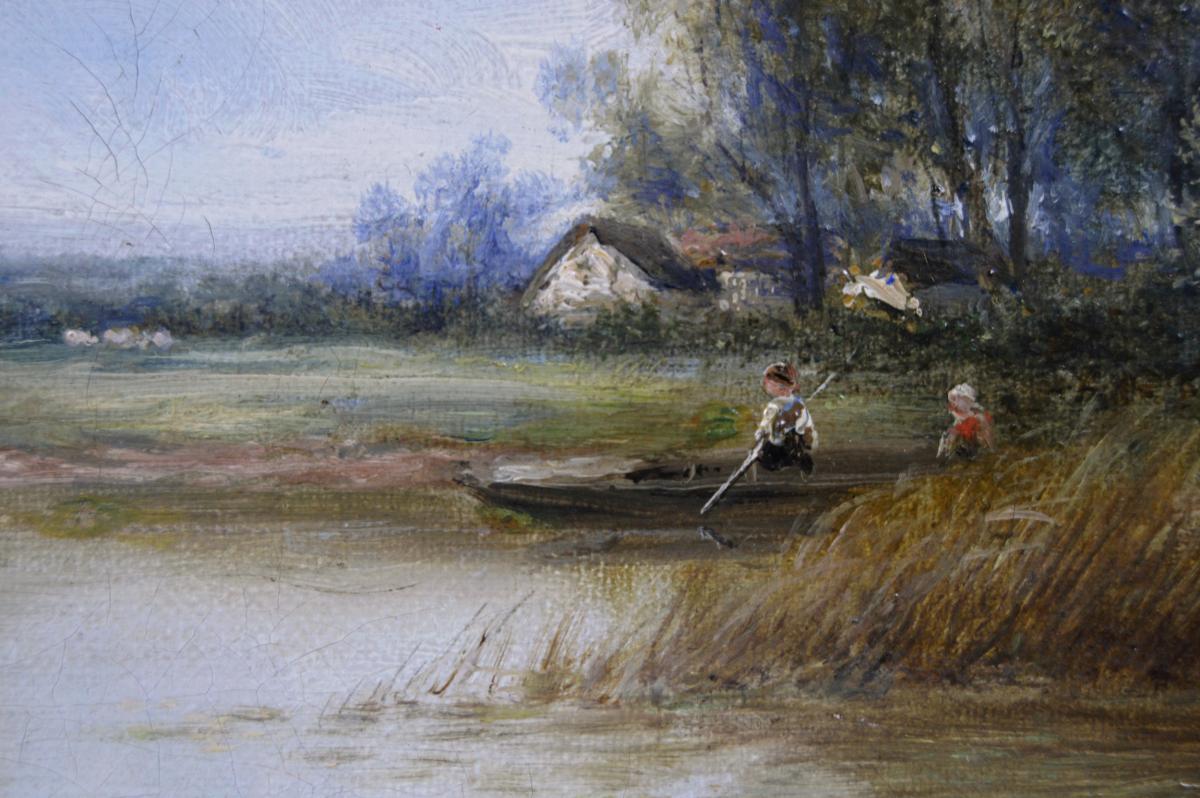 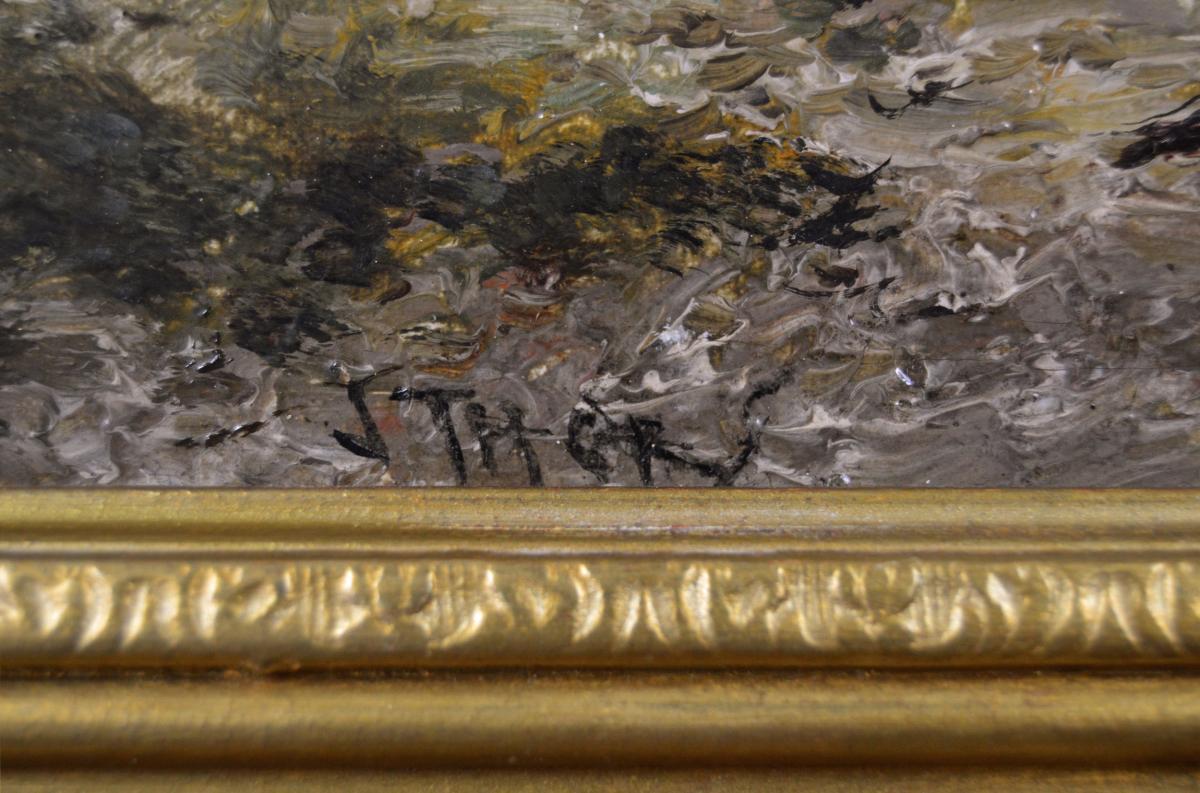 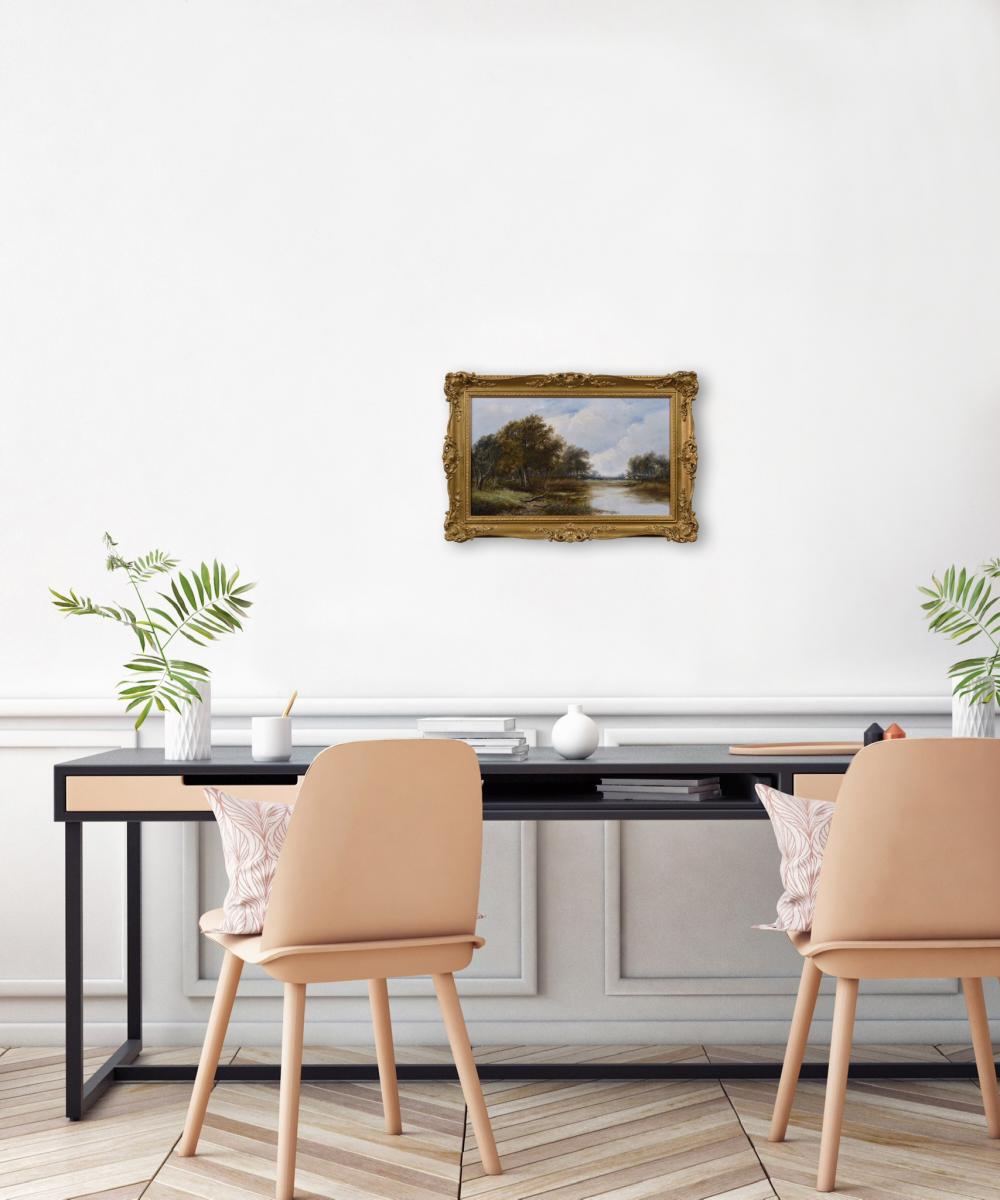 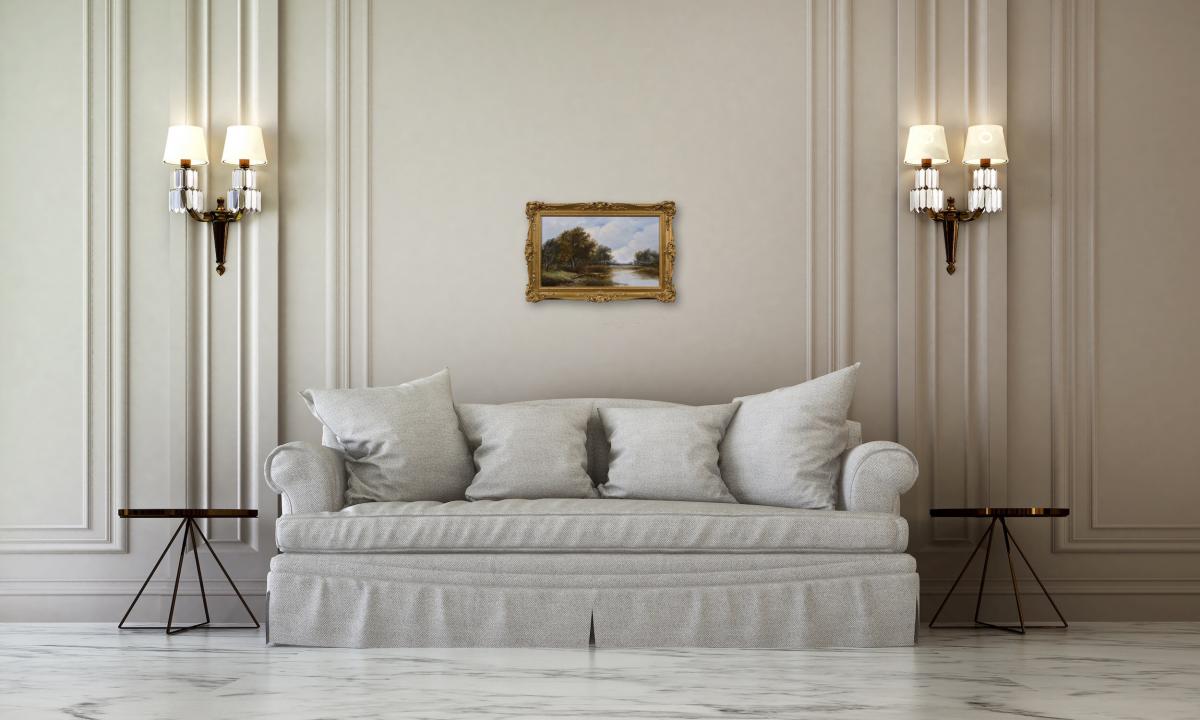 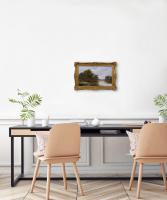 Joseph Thors was born in Amsterdam on 25 August, 1835 the son of Samuel Joseph Thors and Jeannette Keijzer. By 1861 he was living in London where he lived in Great Russell Street, Bloomsbury and began earning a living as an artist. He married Hendrina (Harriet) Mendelson in 1862 who was also from Holland and their first son Samuel was born in 1863. Around this time, he began exhibiting at the Royal Academy. He also exhibited at the British Institute and Suffolk Street and in Birmingham between 1869 and 1900.

The family continued living in the Bloomsbury area, before moving to 42, Ampthill Square, St Pancras in the early 1870’s. Sometime after 1881, Thors and his wife moved to Islington. This event may have coincided with the immigration of their son Samuel to New York in 1887. He remained in Islington until after 1891, when he moved to the Midlands area and is listed in the local directories of 1892 as living at 3 Oxford Road in the Erdington area of Birmingham. He also exhibited at local Midland galleries and enjoyed considerable popularity and acclaim. By 1901, he had moved back to Islington in London and had become a British Subject. He died at Islington in 1920.

Thors is considered at member of the Birmingham School, however, his style is also similar to that of the Norwich school, whose work he admired. Both school’s aims were to achieve naturalistic landscape painting which Thors adopted. His landscapes are mainly of figures, animals and rustic cottages set against a backdrop of trees or woodlands. Thors painted with great care and attention to every detail from the figures on the winding paths to the leaves on the trees, which has helped make his works enduringly popular amongst collectors.

Examples of his work can be found in many public collections including the Grundy Art Gallery, Russell-Cotes Art Gallery, Sandwell Museum, Southampton City Art Gallery, The Wilson, Wednesbury Museum and Wolverhampton Art Gallery. 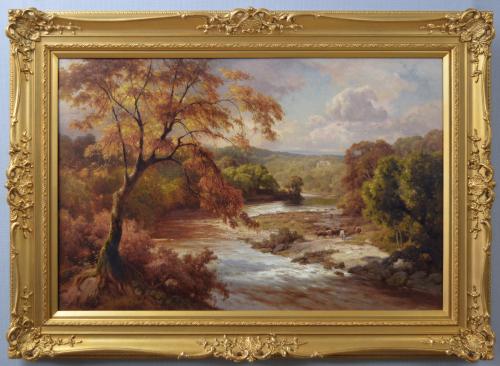 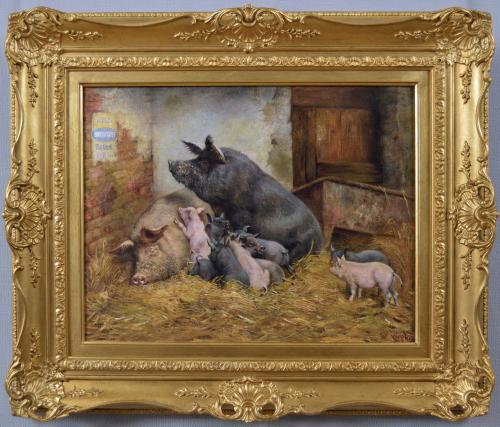 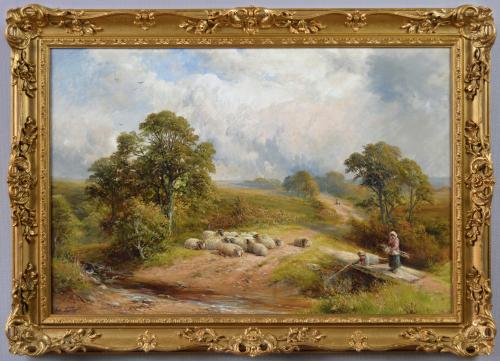