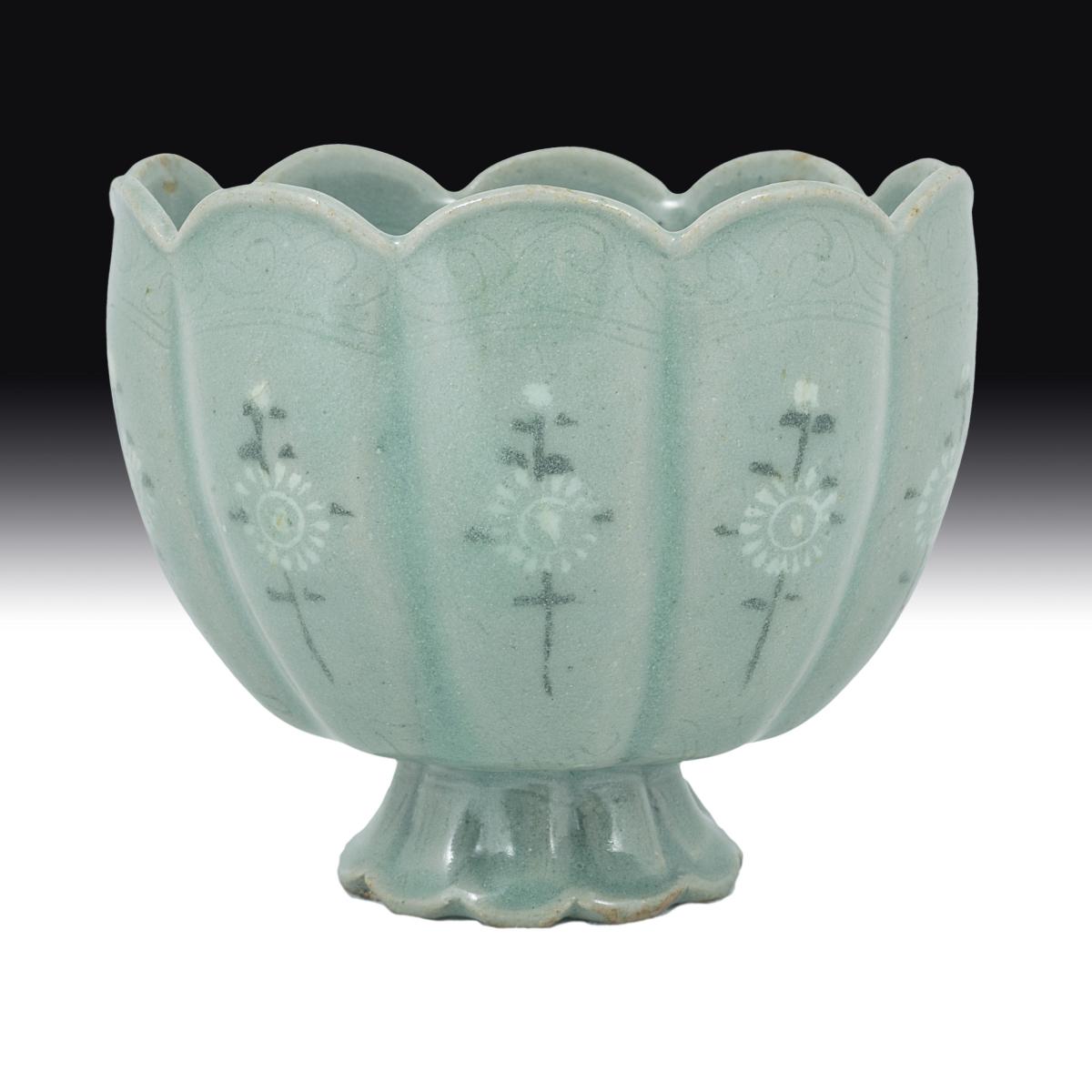 A lobed stem cup with ten panels, each depicting single sprays of flowering chrysanthemums. With its beautiful ‘kingfisher colour’ glaze, this stem cup is an example of the golden age of Koryo ceramic production with extremely sophisticated firing technology that coincides with a development of its local style, exhibited here with the lobed panels.

This quality of glaze and form is highly regarded, which led to the likes of Hsu Ching (a Chinese scholar who accompanied a Chinese envoy) to state that “the best Chinese potters might have envied” the glaze.

Coupled with the typical vitreous glaze of the Koryo dynasty, the sanggam technique is also employed. This technique was widely used in this period and believed by the Korean potters to complement the deep glaze colour.

It eventually assumed a characteristic pattern depicting nature scenes such as cranes swimming in lakes or single sprays of chrysanthemum, all drawn from Koreas natural environment. It involved using a sharp tool to cut out the body while the clay was still soft.

The white slip and the Iron-black clay were then applied in the indentations that were made. The excess slip was then scraped off the body and the celadon glaze was applied over the vessel. The inlay technique gave a depth that slip decoration could not achieve.

The absence of sanggam vessels in Hsu Ching’s report suggests that there were either none being produced at this time or produce at a very small quantity that Hsu Ching did not encounter them. It is therefore put by Gompertz, that the unique technique of inlay was developed during the reign of King Uijong (1146-1170).

The reign of the later King Myongjong (1170-1197) is generally considered to be the time when this technique was in full flight, with the Korean potters producing vast amounts of inlaid vessels for the court. 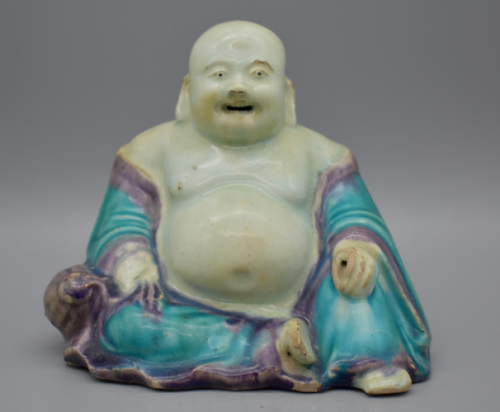 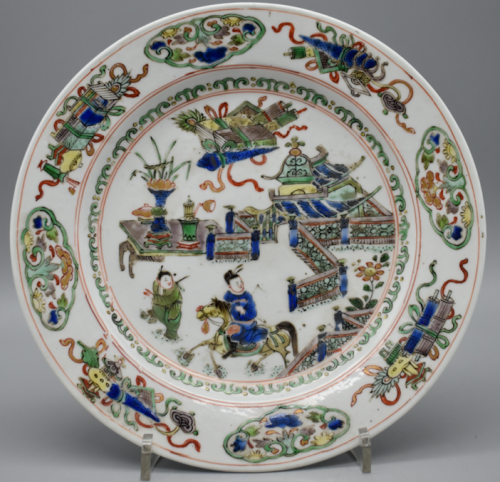 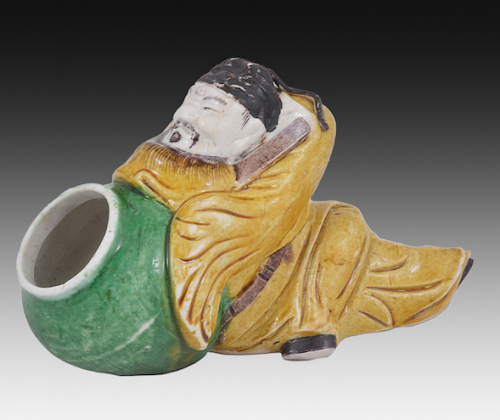 Famille-Verte Figure of Li Taibo
J.A.N. Fine Art
View all from this dealer