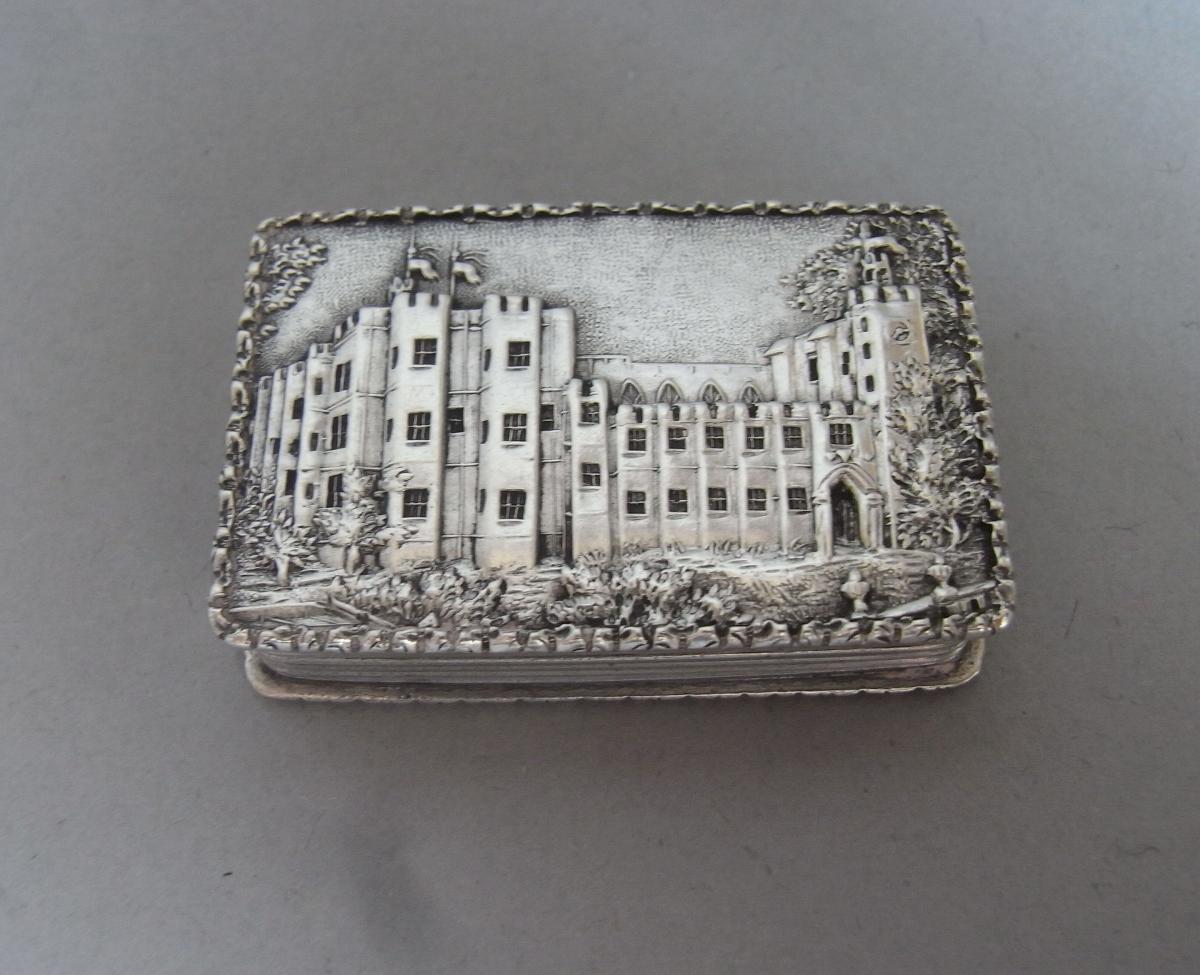 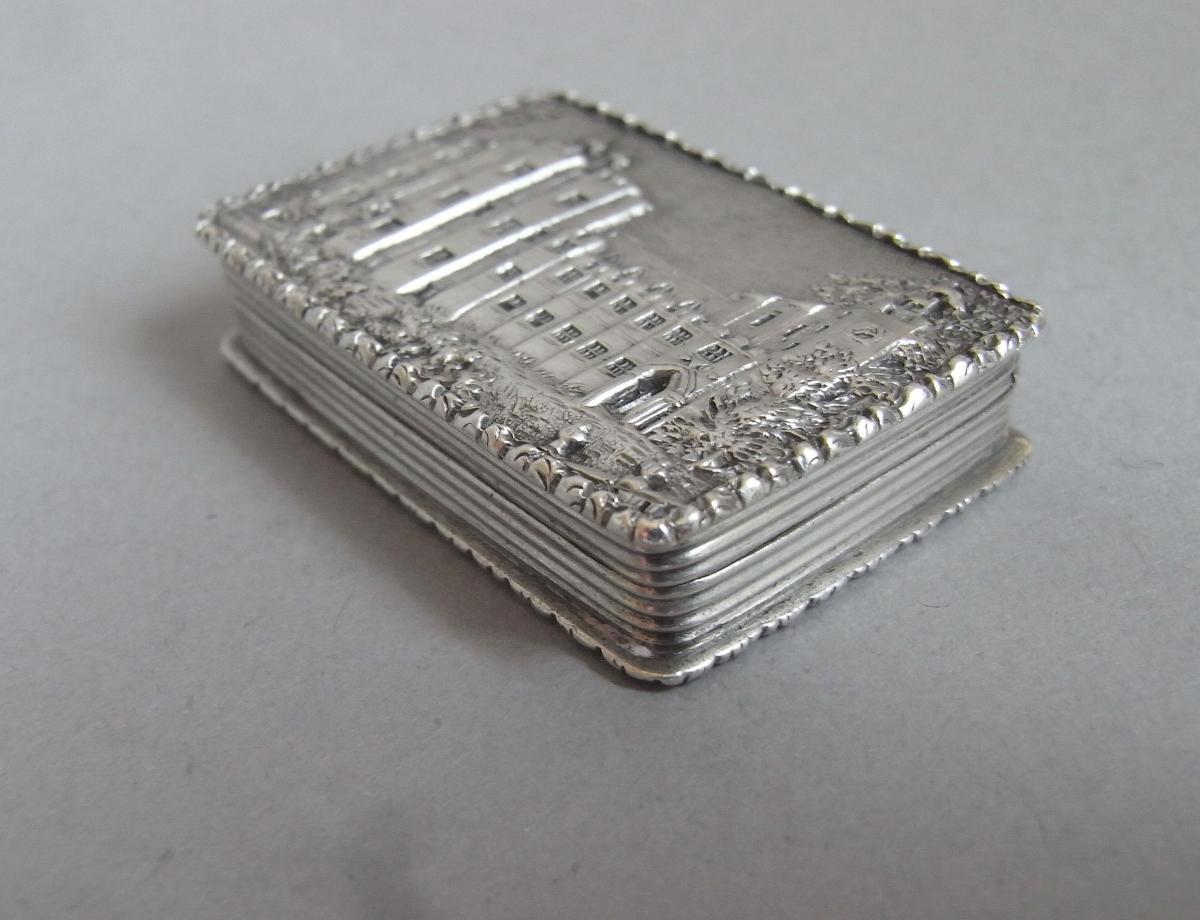 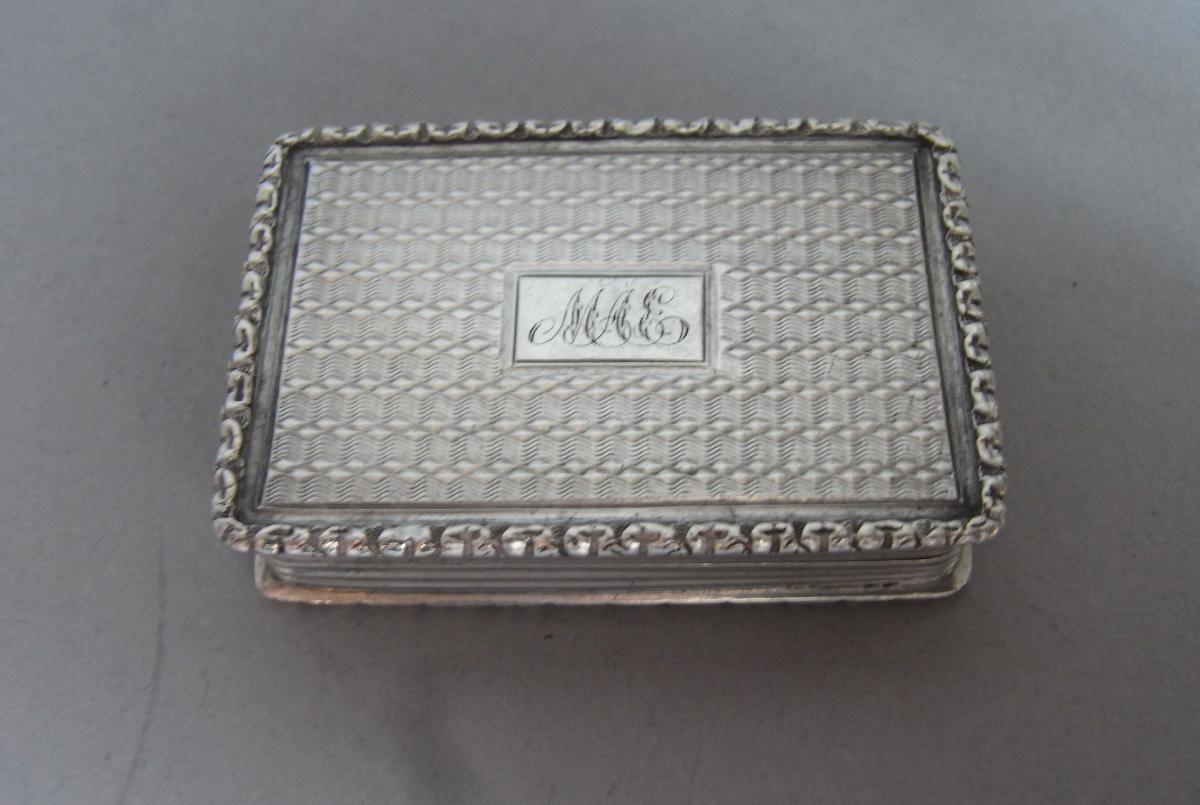 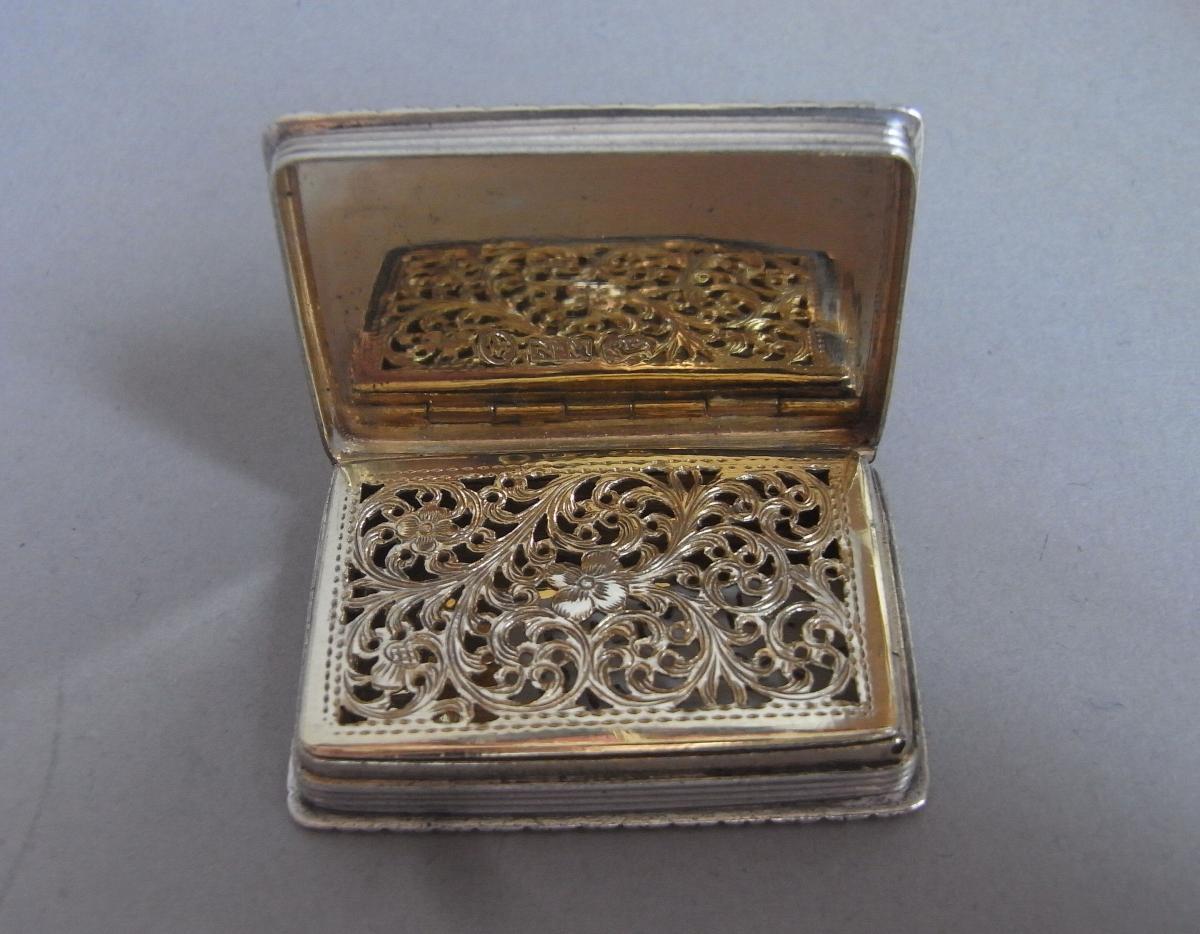 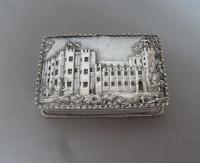 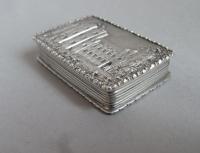 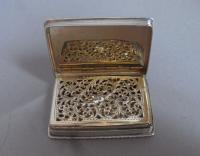 The Vinaigrette is broad rectangular in form and the cover displays a raised castle top scene, in relief, of Kenilworth Castle in Warwickshire. The scene is in original crisp condition, with no wear and is contained within an outer floral and foliate frame.

The sides are decorated with reeding and the base with engine turned engraving around a rectangular cartouche containing contemporary script initials. The interior displays exceptional gilding and a grille pierced and engraved with pluming scrolls and flower heads.

Both the base, cover and underside of the grille are well marked and the box shows all of the quality of the work of this master box maker.

Kenilworth Castle is located in the town of the same name in Warwickshire. Constructed from Norman through to Tudor times, the castle has been described by architectural historian Anthony Emery as "the finest surviving example of a semi Royal palace of the later middle ages, significant for its scale and quality of workmanship. Kenilworth has also played an important historical role.

The castle was the subject of the six-month-long Siege of Kenilworth in 1266, believed to be the longest siege in English history, and formed a base for Lancastrian operations in the Wars of the Roses.

Kenilworth was also the scene of the removal of Edward II from the English throne, the French insult to Henry V in 1414, and the Earl of Leicester's lavish reception of Elizabeth I in 1575.

The Castle was significantly enlarged by King John at the beginning of the 13th century and was partly destroyed by Parliamentary forces in 1649 to prevent it being used as a military stronghold.

The castle became a tourist destination from the 18th century onwards, becoming famous during the Victorian period following the publication of Sir Walter Scott's novel "Kenilworth" in 1826.