Kangxi Porcelain Plate Made for the Thai Market 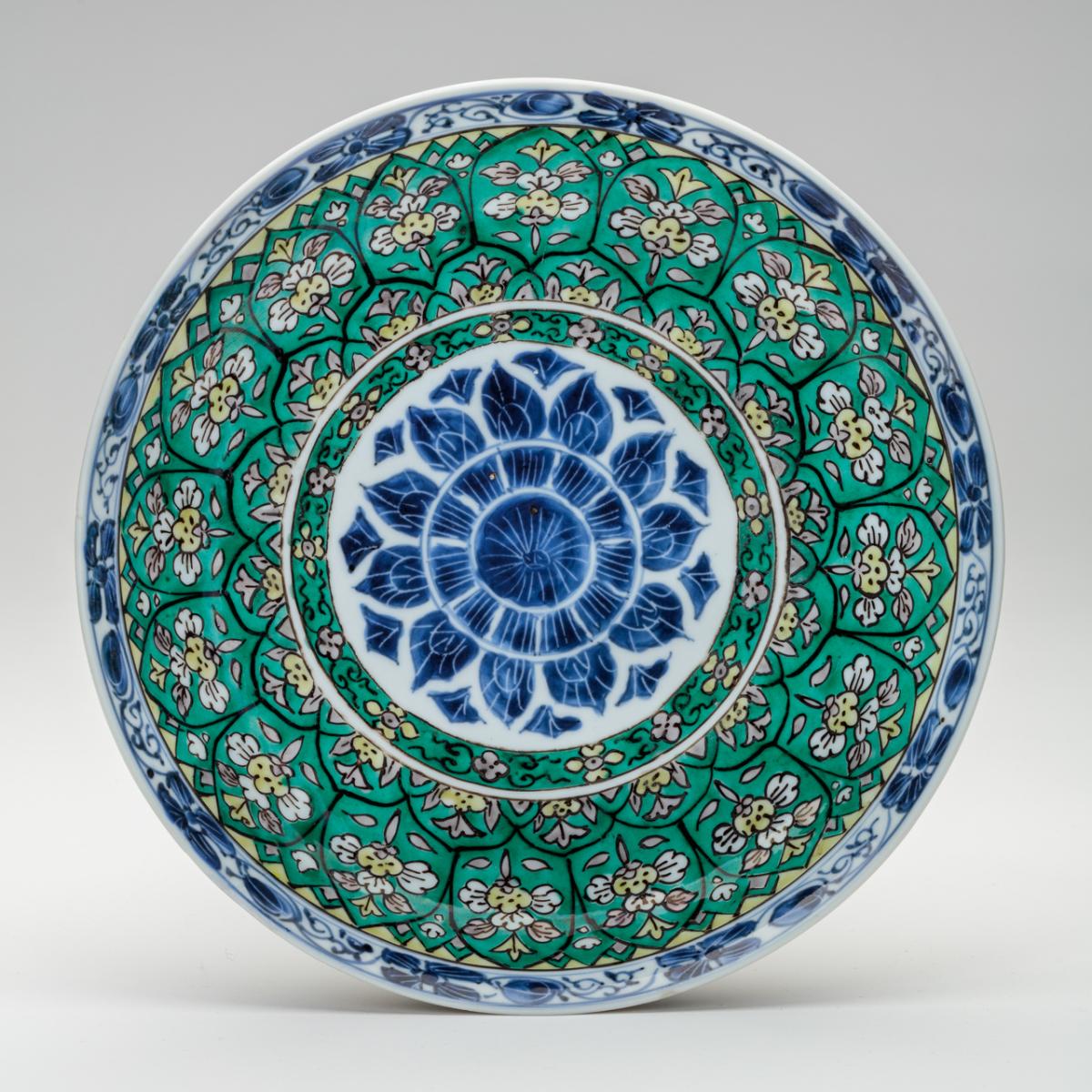 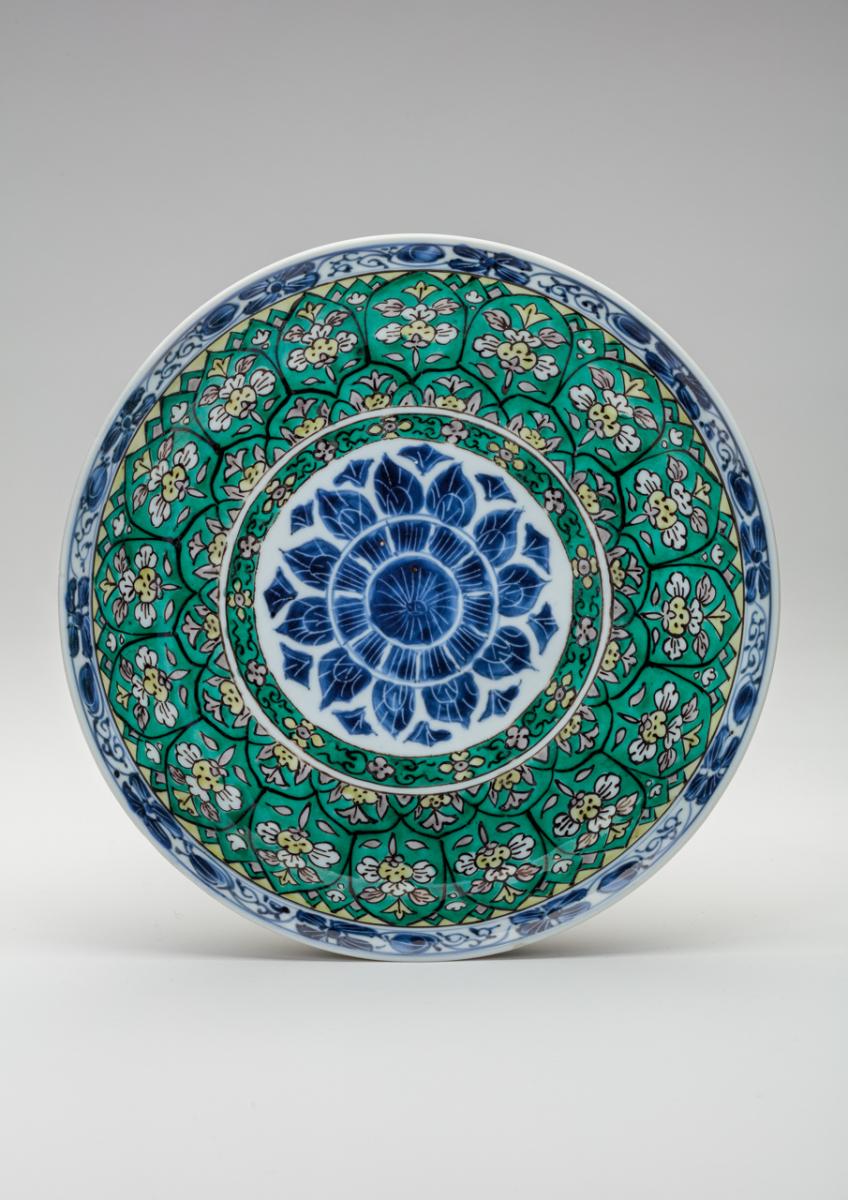 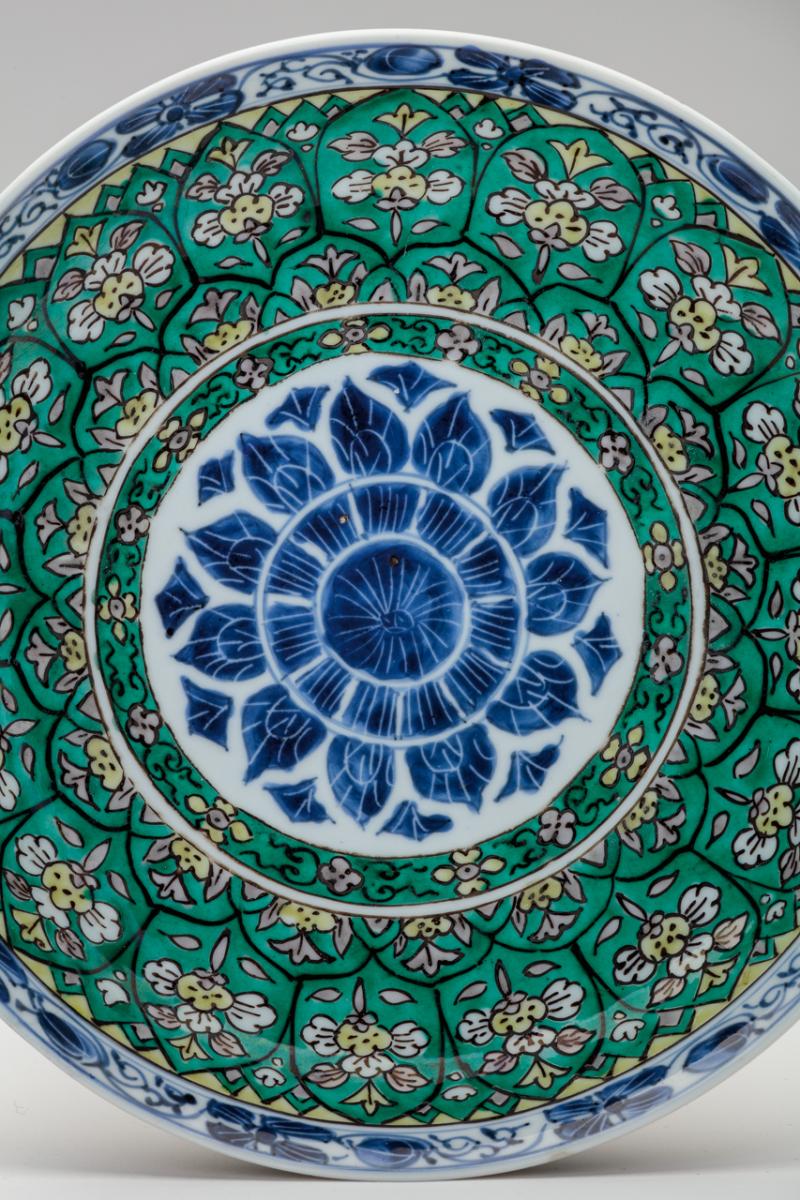 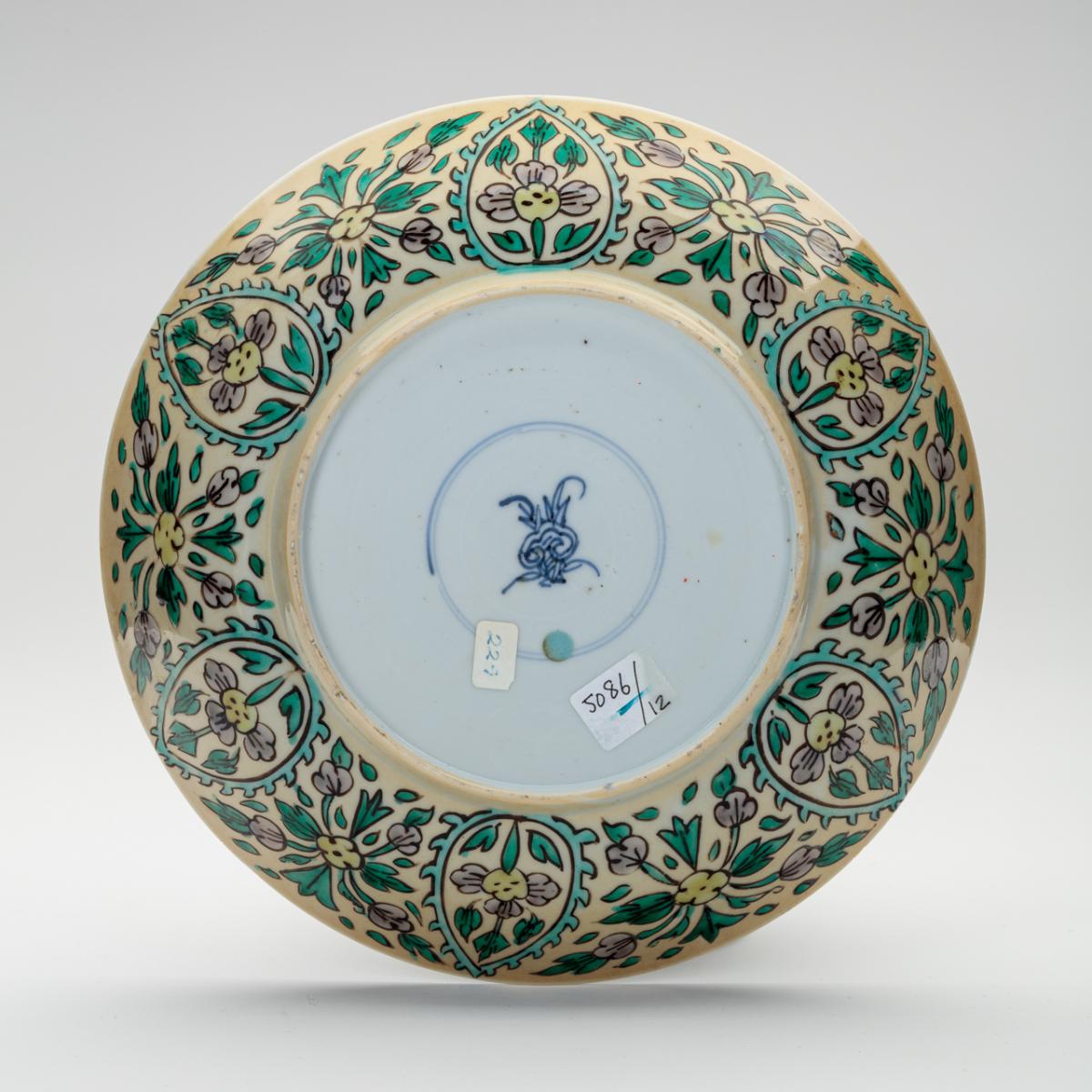 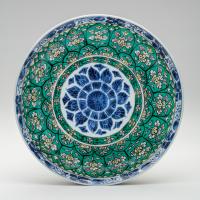 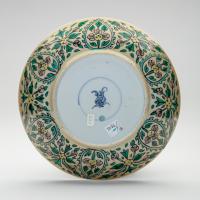 Kangxi Porcelain Plate Made for the Thai Market

This fine, circular dish of white porcelain body has polychrome underglaze painted decorations on both the front and reverse. The decoration at the front of the dish is divided into four uneven concentric circles, each band containing different motifs. The central monochrome blue medallion is a stylised lotus flower – a highly popular motif in Buddhist art. A thin band with white flowers on green ground encircles the central lotus flower, while the thick band further out has flower petals outlined in black on a green ground, with identical white flowers inside each petal. The thin rim of the dish in monochrome blue and white contains floral scrolls. On the reverse is a concentric band of floral motifs painted in green, yellow, pink with black outlines. Teardrop shaped cartouches containing further flower motifs are placed in regular intervals. Inside the foot ring, at the centre of the base is the potter’s mark in the shape of cloud and plant. The high quality of this plate is reflected in its rigorous decorative scheme executed with integrity and precision.

Scholars generally separate Chinese export ceramics to Thailand into three groups:  Bencharong (meaning five-colour), Lai Nam Thong (meaning gold-washed patterns, they were almost always used by royals), and the very rare third group that our piece belongs. They usually have predominately Chinese characteristics, but in addition have designs or shapes which modify them for the Thai trade. 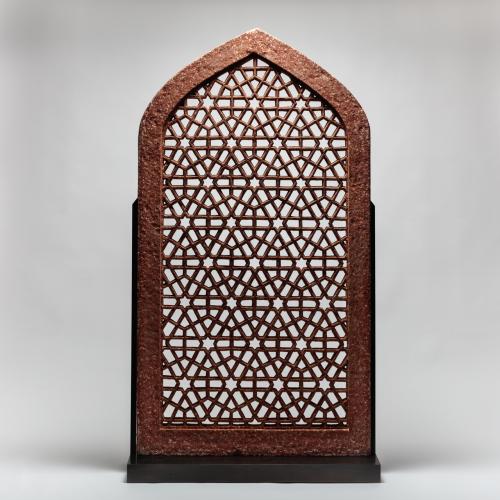 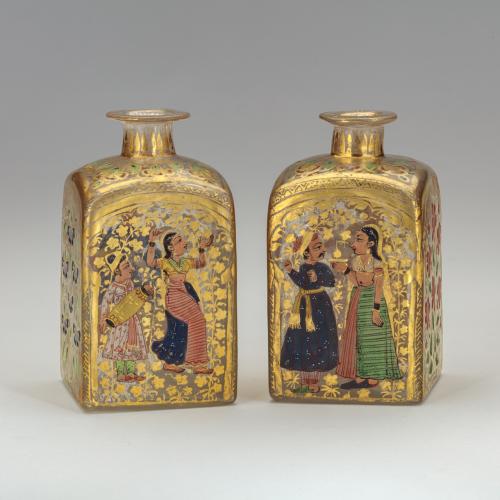 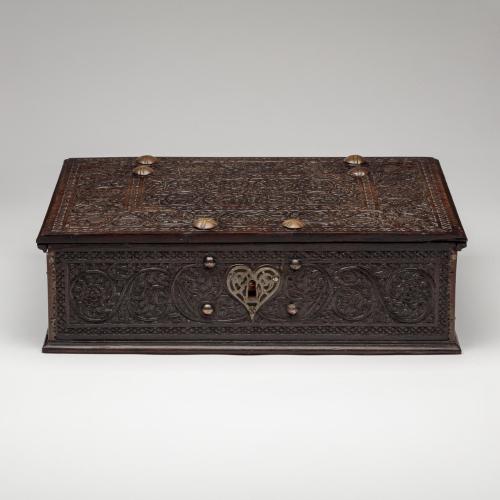