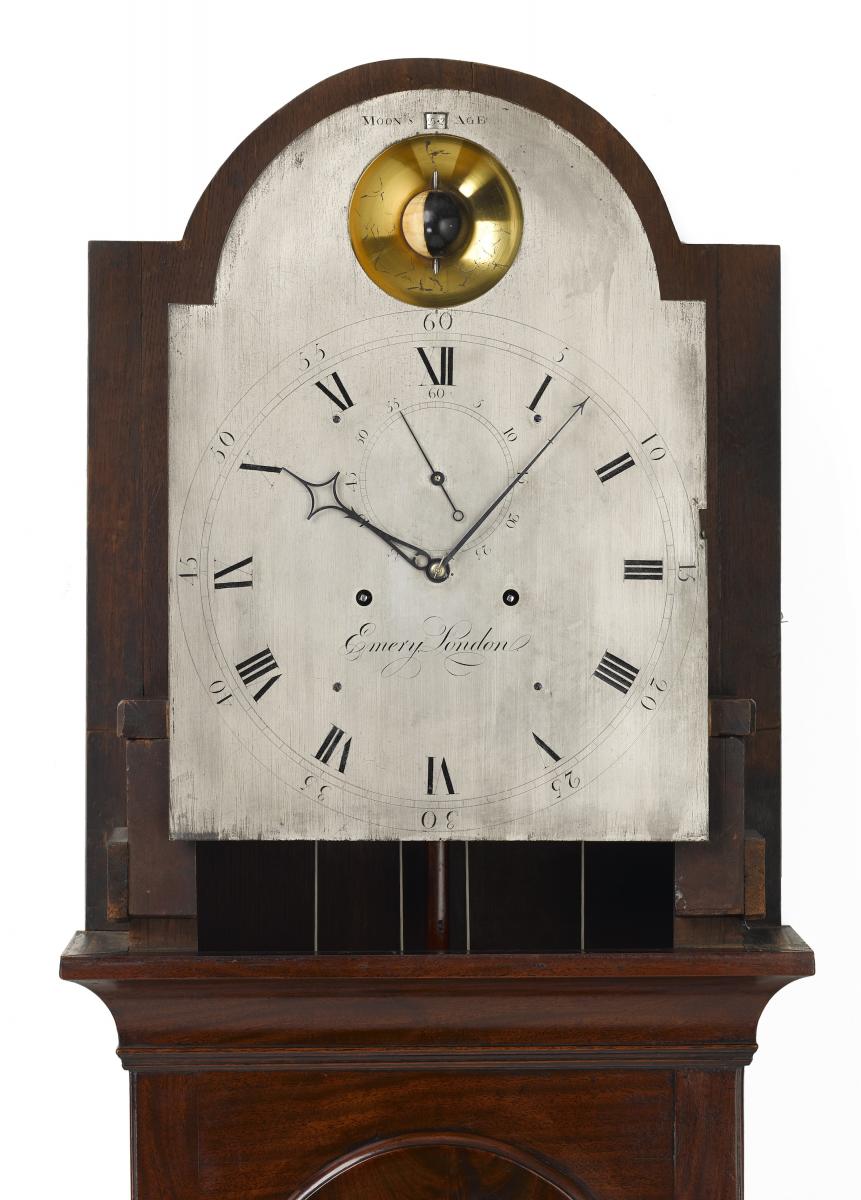 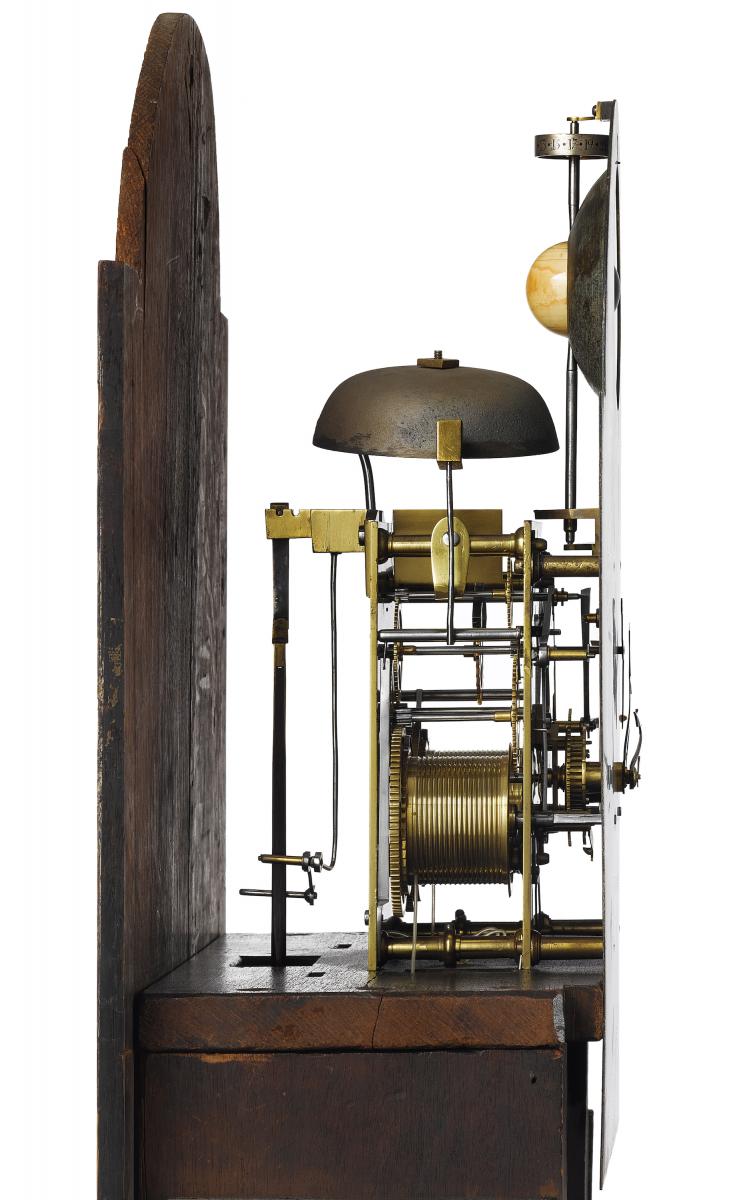 Figured mahogany break arch with fine mouldings, surmounted by a wasted pedestal and brass ball finial. The hood with stop fluted, reeded and canted corners. The break arch trunk door with flame veneer matching the raised panel to the base, on a double plinth.

Josiah Emery of Switzerland, moved to London sometime before 1760, a most interesting and influential watchmaker, one of the first to make detached lever escapement watches after Thomas Mudge. He worked from 33 Cockspur Street, Charing Cross, London. He also made parts of the temperature compensation set-up for Mudge 'Green' and 'Blue'- with the encouragement of Count von Bruhl. Recently his name has come to even greater prominence due to the fact that he made the pocket chronometer that Lord Horatio Nelson had with him aboard Victory at the Battle of Trafalgar.

This clock is comparable with a William Dutton longcase clock in the Iden Clock Collection, having the same case, dial with moonphase, hands and the rare circular weights. Iden Clock Collection. No. 119. P. 268-269. Antique Collectors Club. The likelihood is that these two clocks were made in the same workshop. Some fine clocks are known signed Emery although his principle business was making watches. Emery may have possibly ordered the clock through William Dutton whom he would have known and was more concerned with clockmaking at this time. 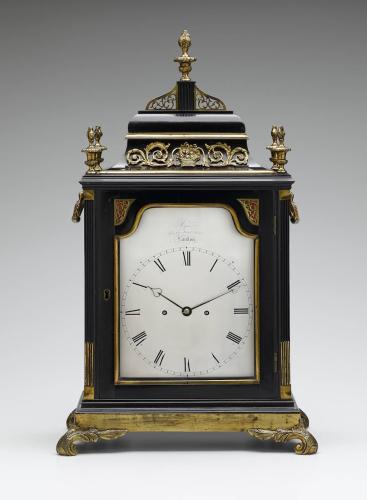 Bullock, London
Tobias Birch Ltd
View all from this dealer