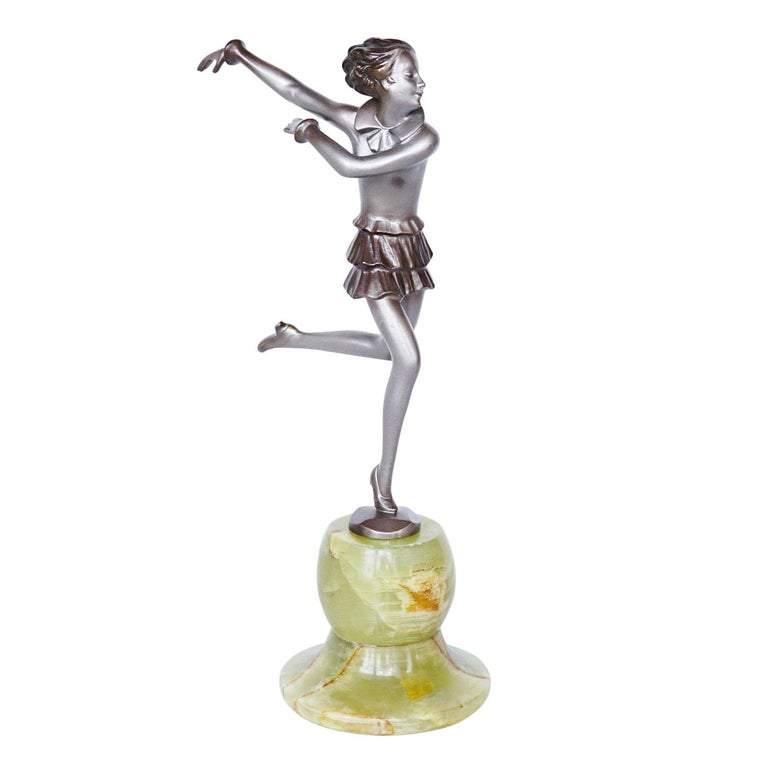 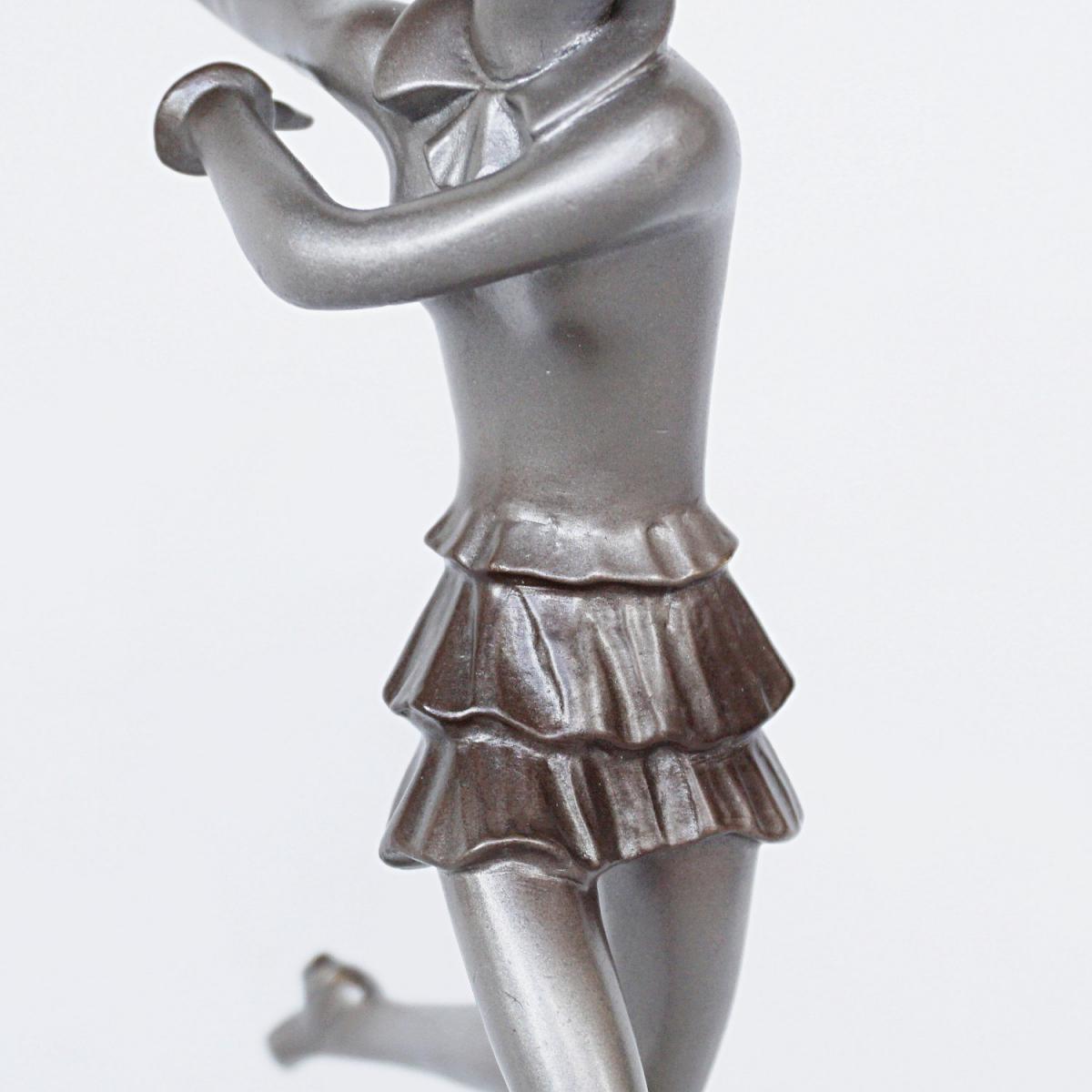 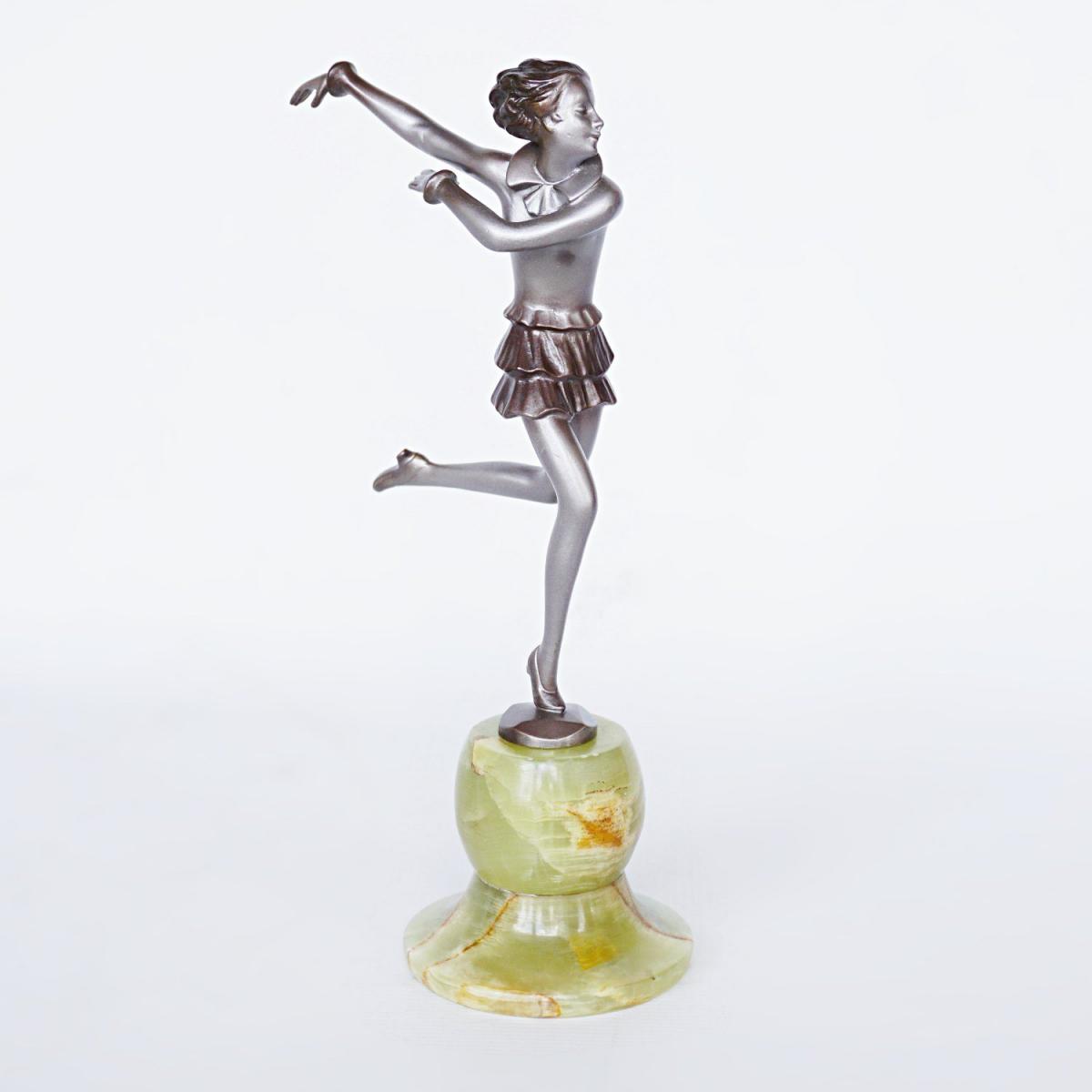 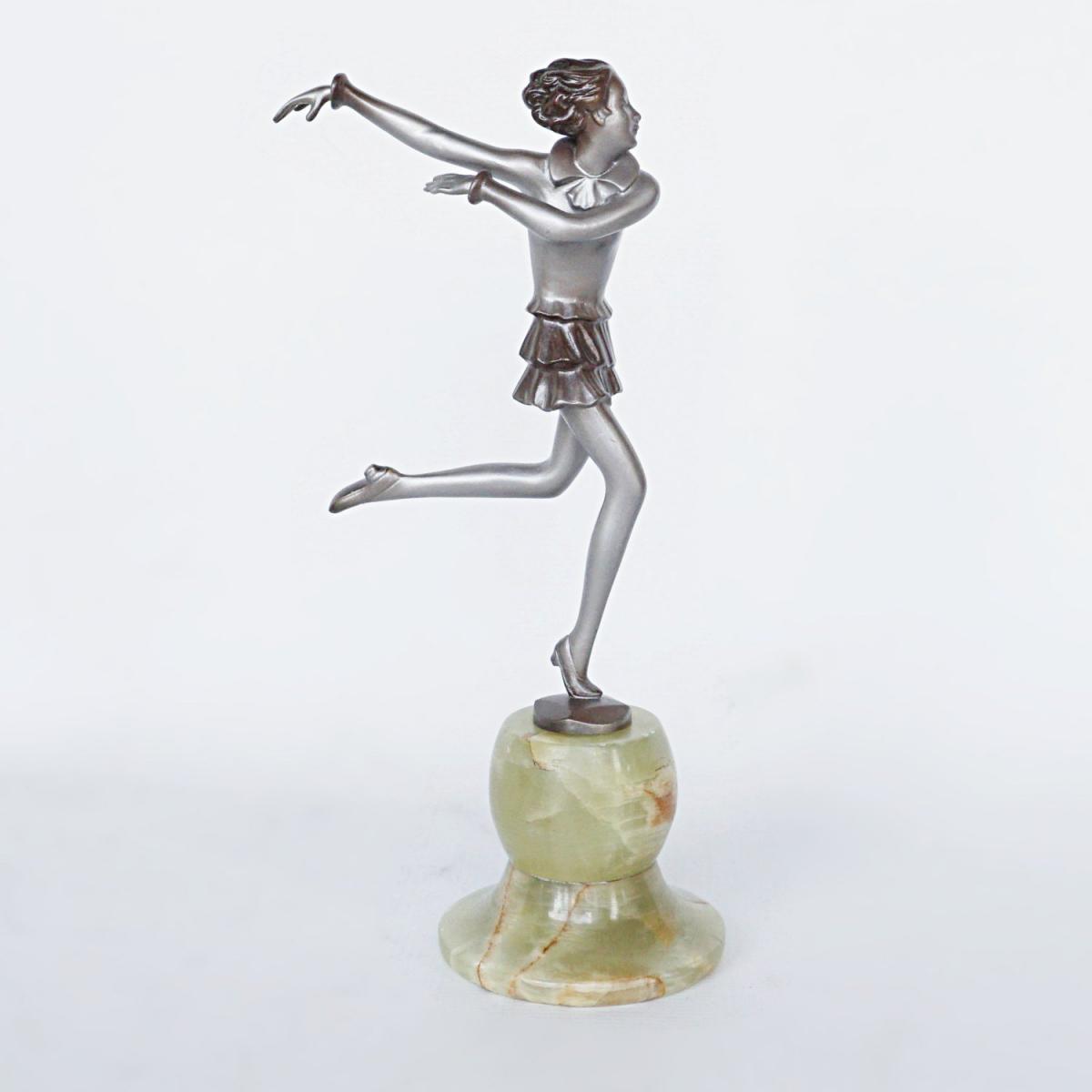 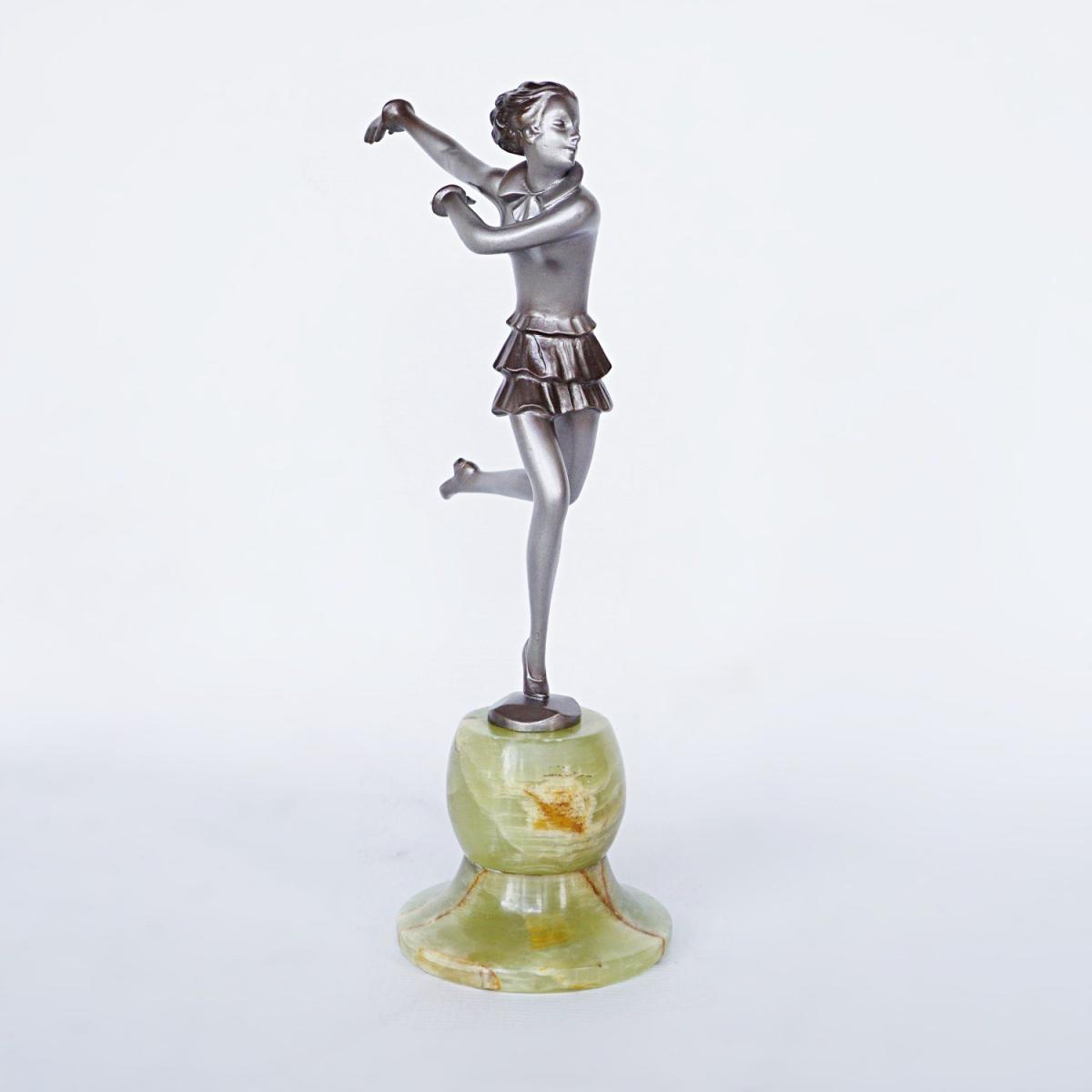 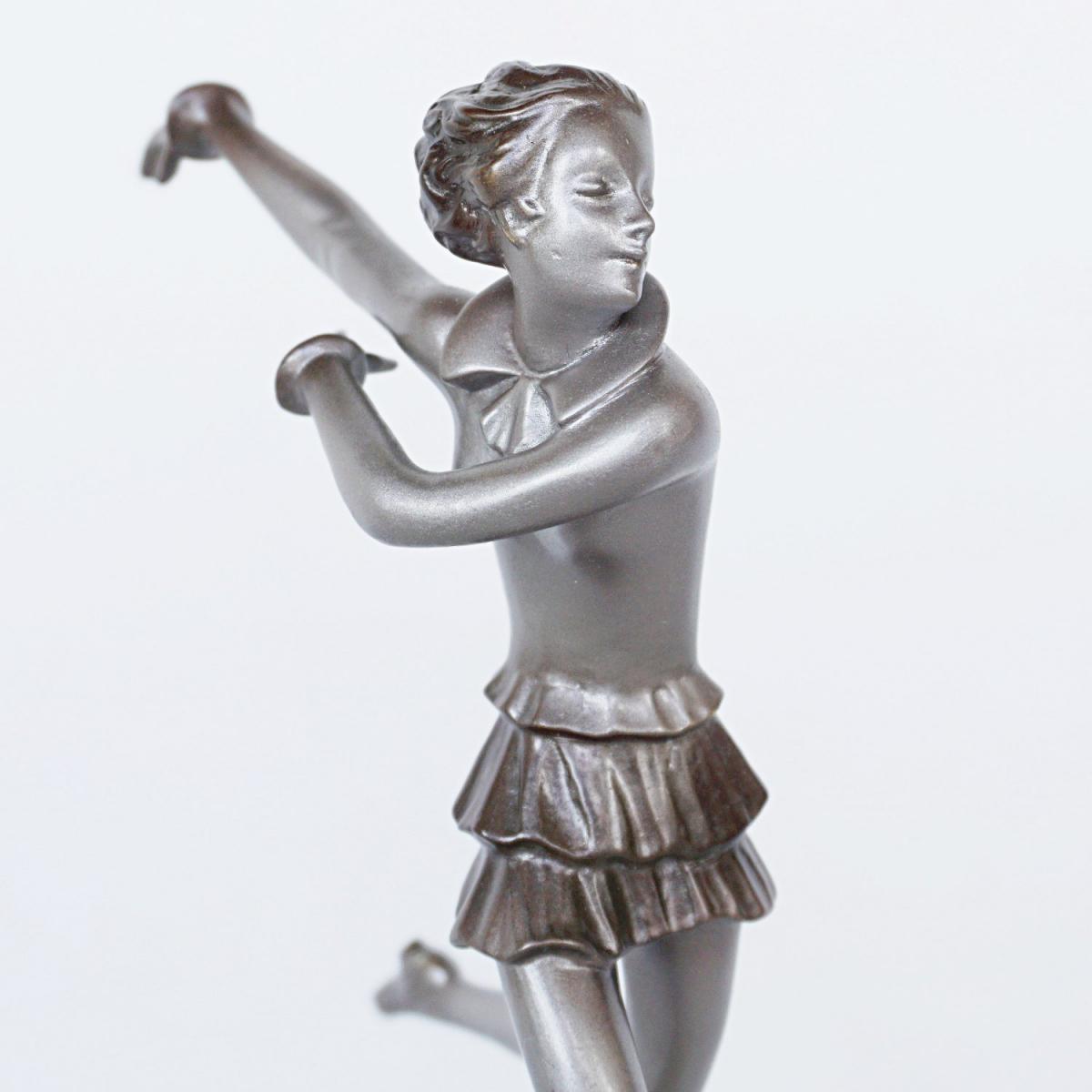 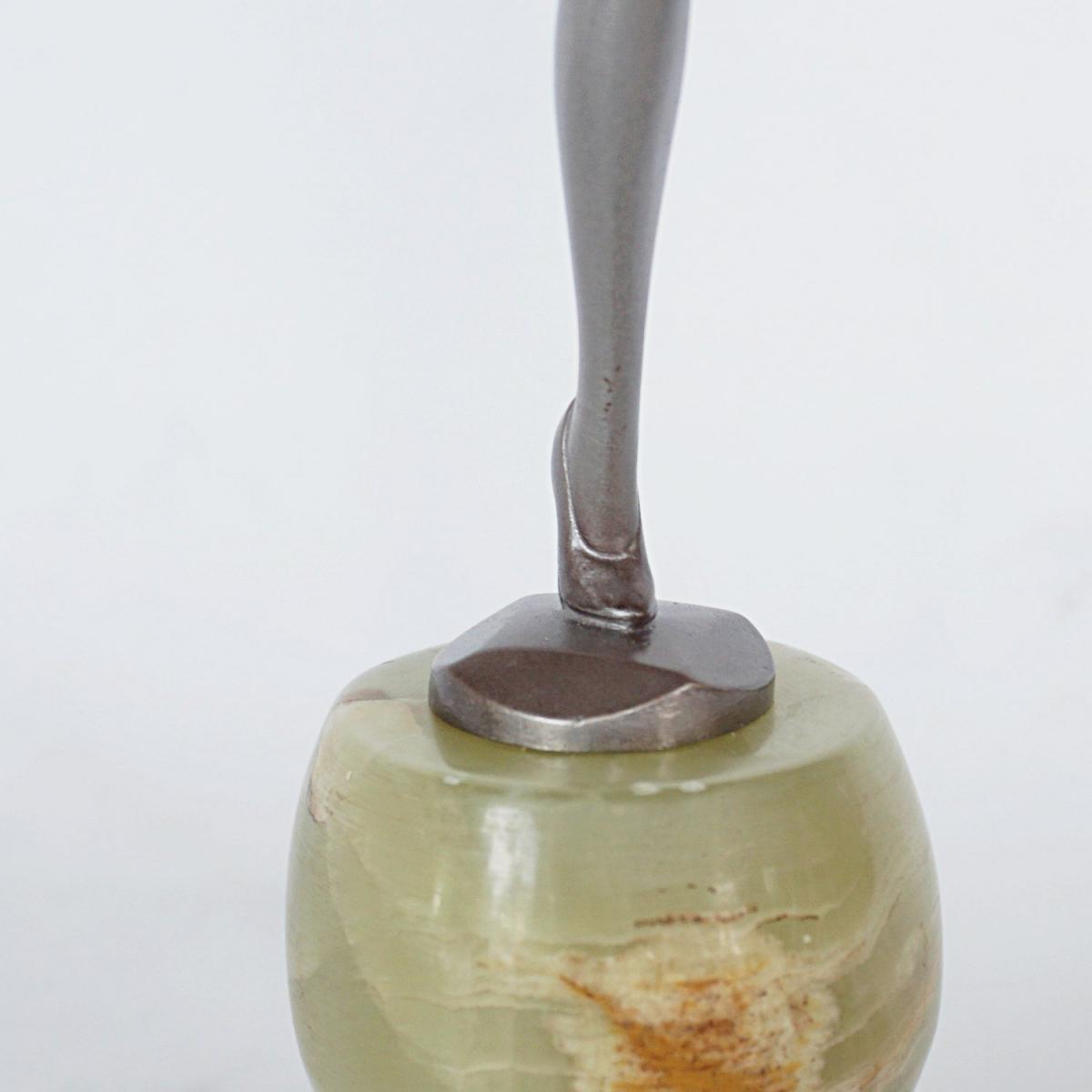 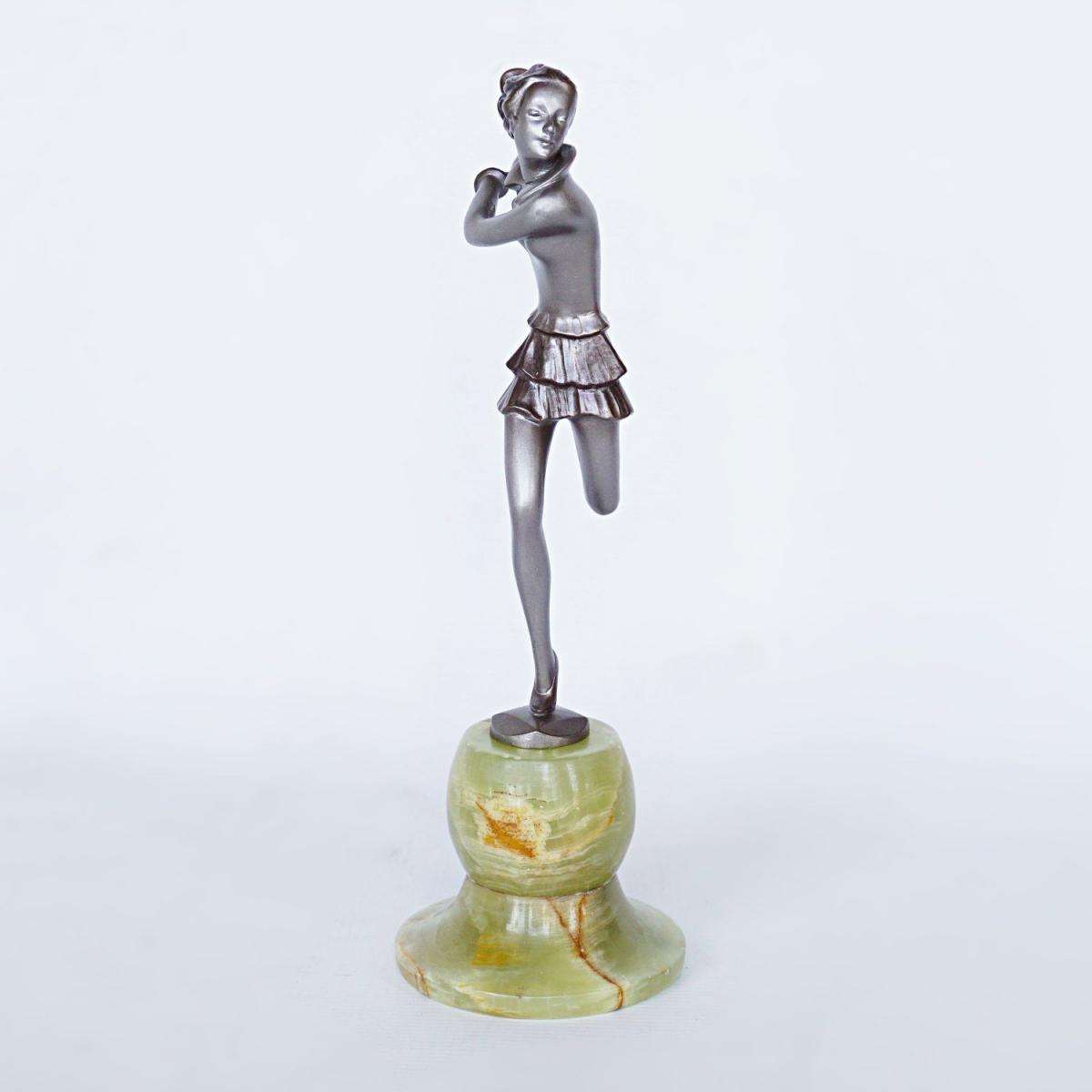 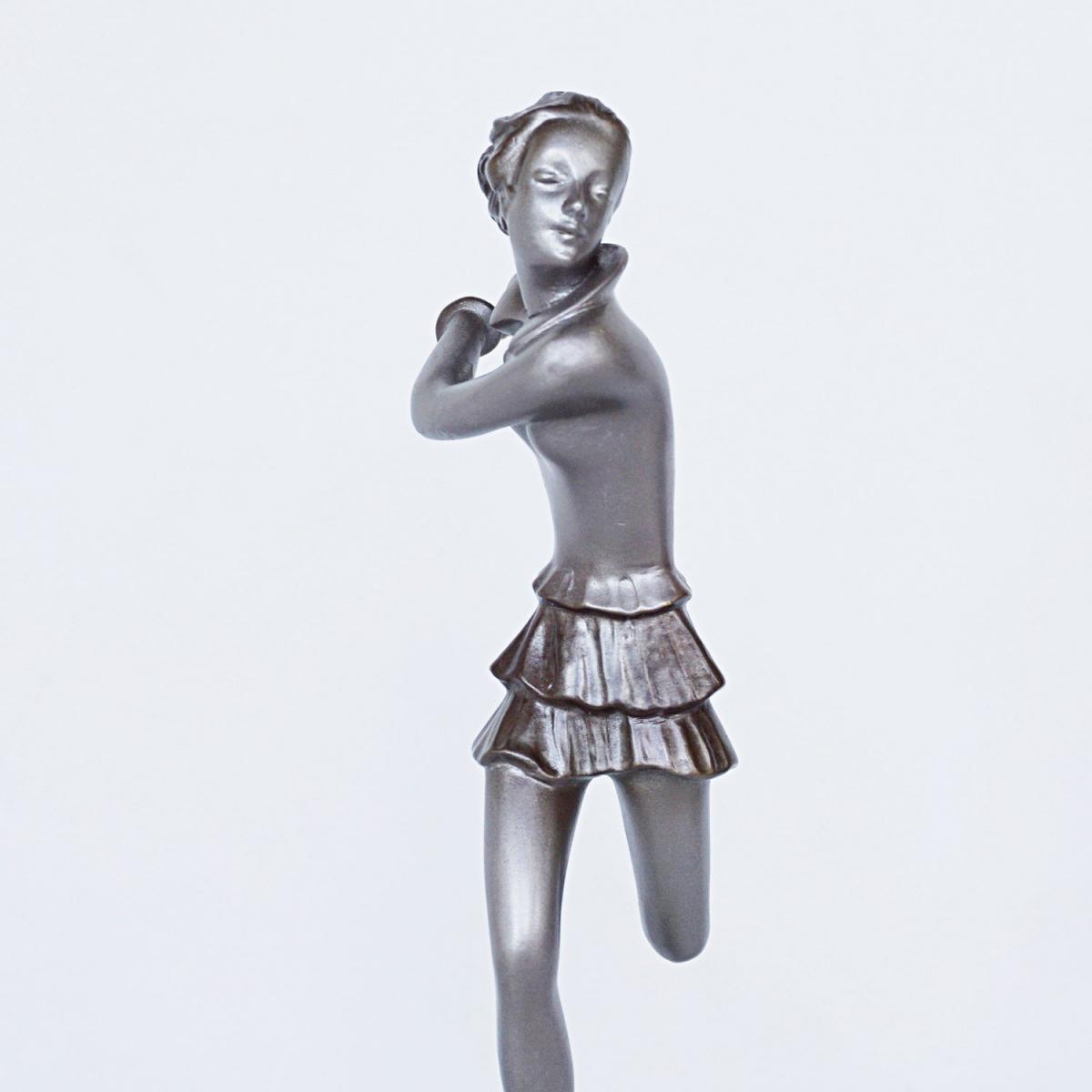 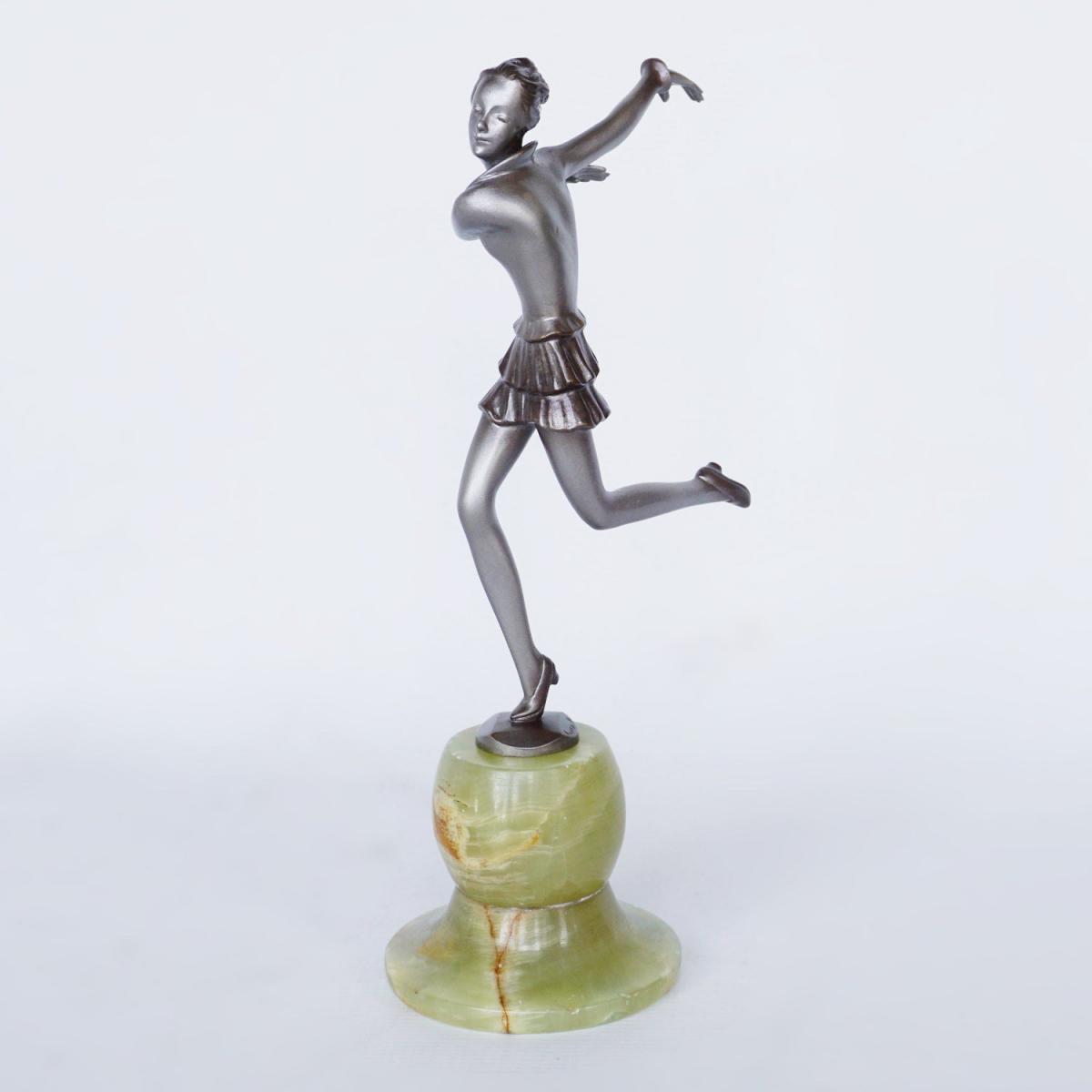 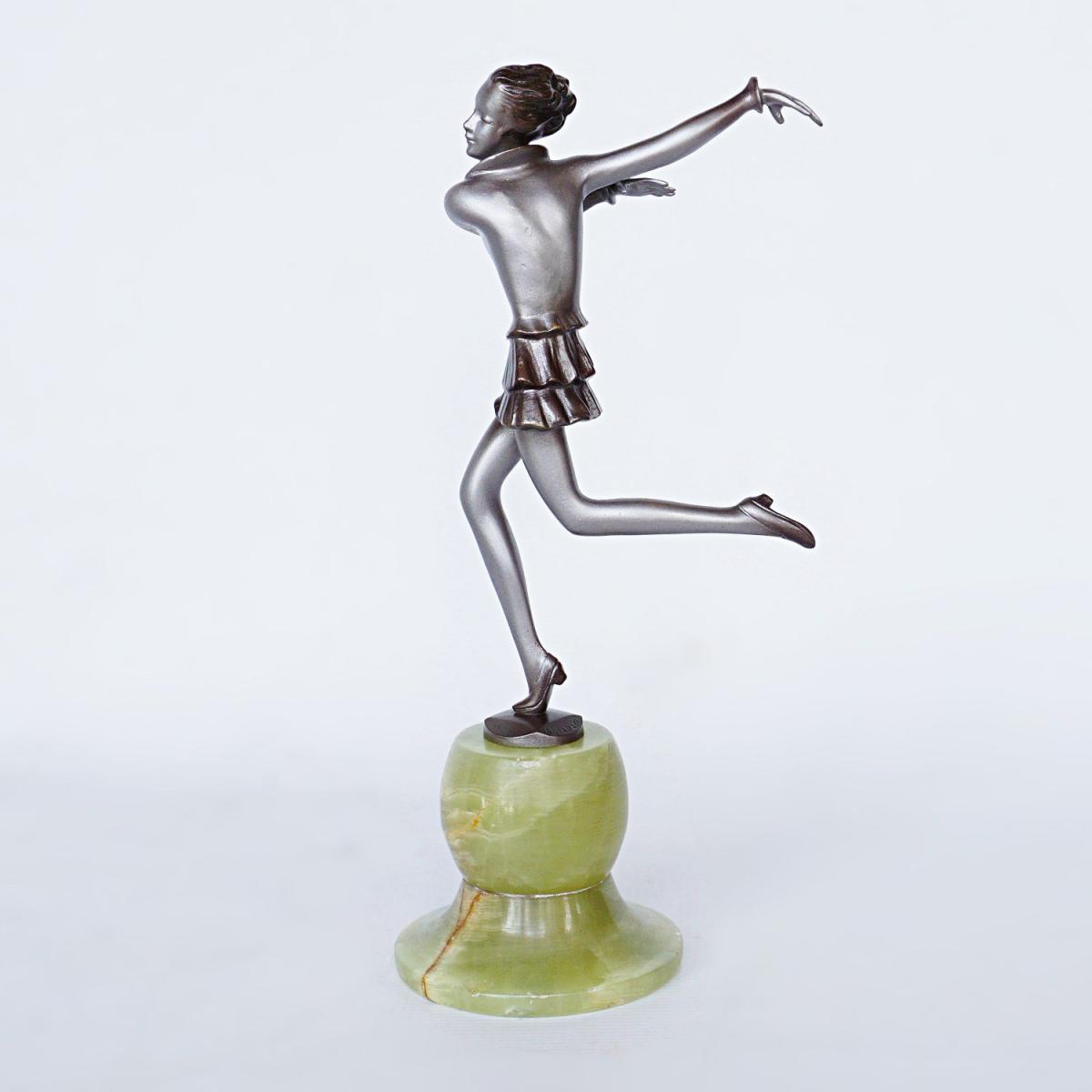 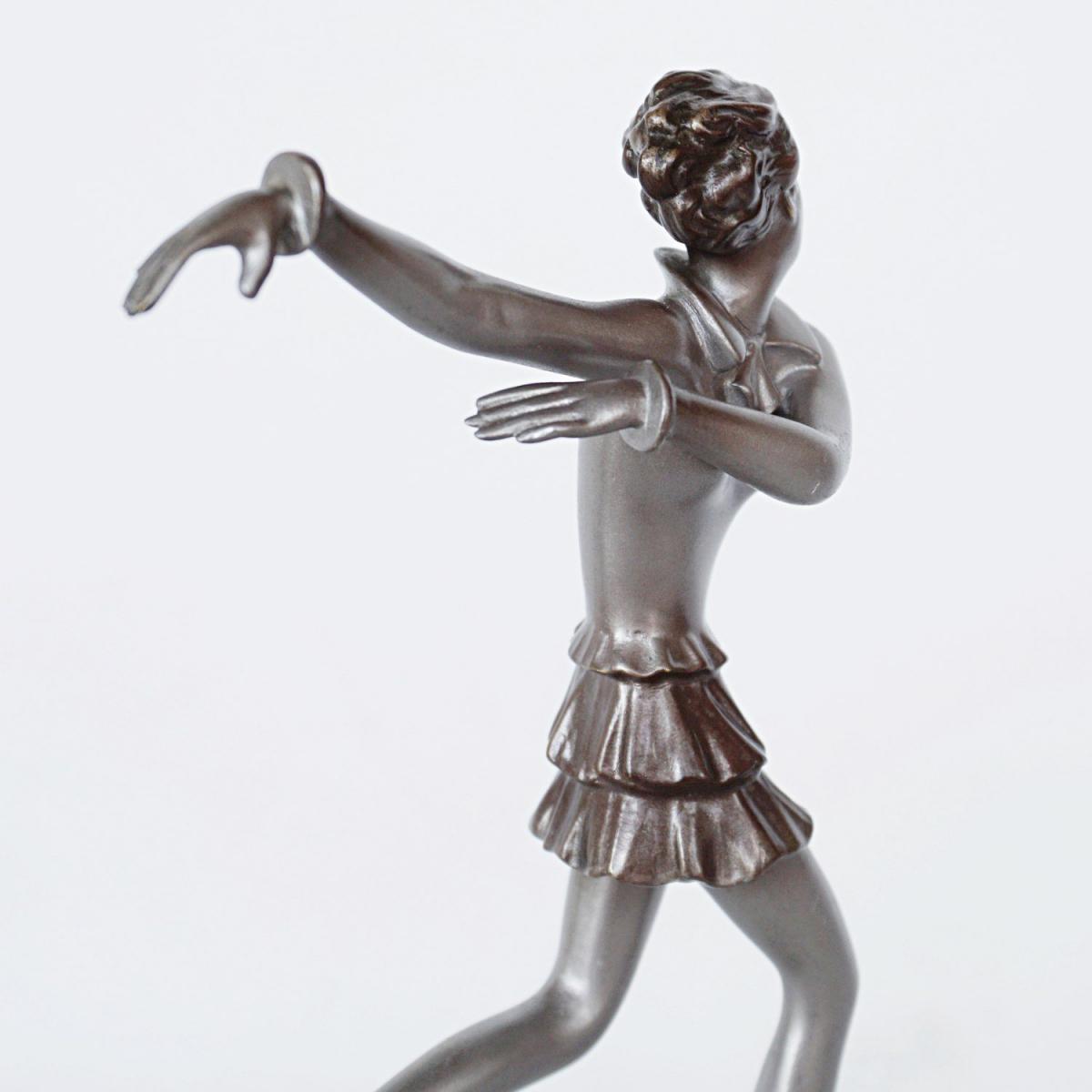 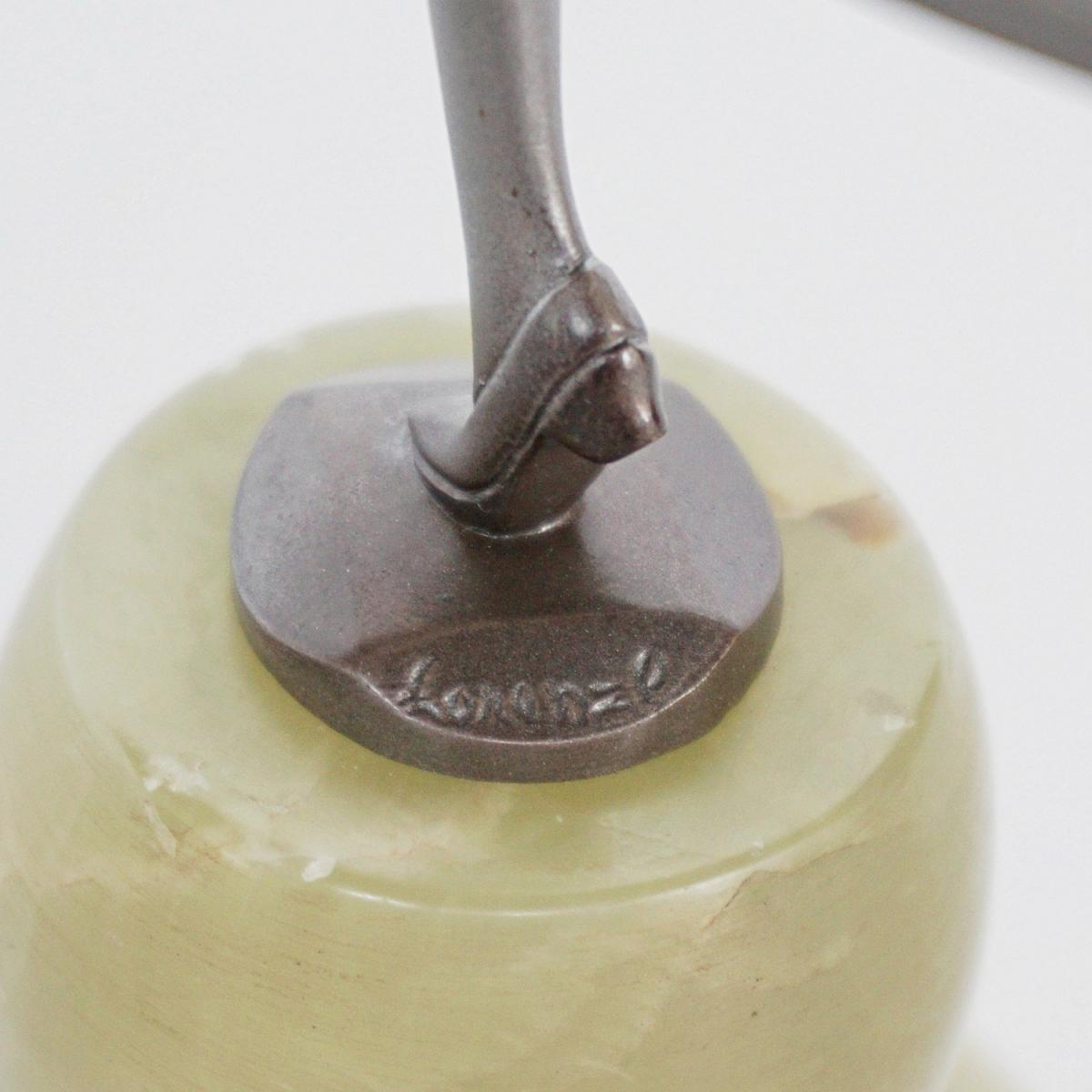 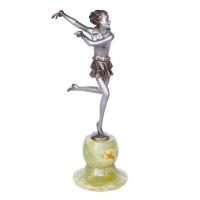 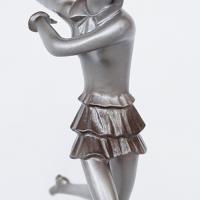 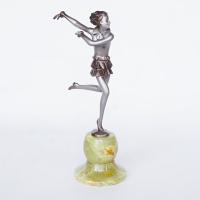 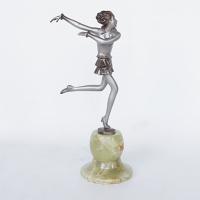 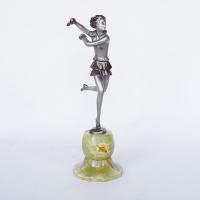 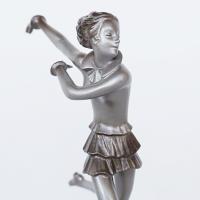 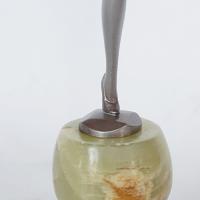 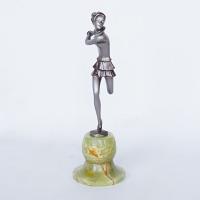 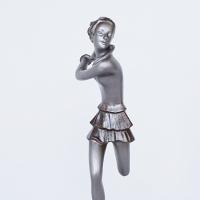 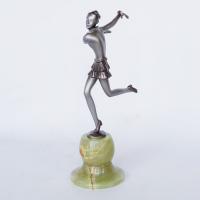 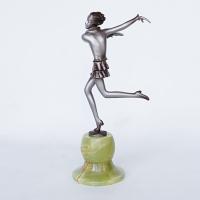 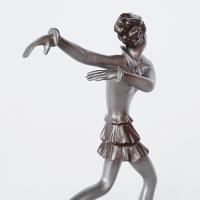 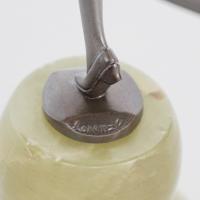 An Art Deco cold painted bronze sculpture by Josef Lorenzl (1892-1950). A running girl with a patinated dress and billowing hair. Set over a green onyx plinth. Signed Lorenzl to bronze.

Josef Lorenzl , born 1stSeptember 1892 began his career at a foundry in the Vienna Arsenal.

This enabled him to learn and refine his techniques, progressing to the production of his stylised figures we know so well today.

The Majority of his works portray slender, often nude women in elegant poses, mounted on green onyx bases and are often signed in full, however sometimes he abbreviated his name to “Lor” or “Renz”.

Some of his figures bear the additional signature “Crejo” an artist who contributed the floral enamel work alongside the addition of other decoration, these figures often bear both signatures.

By the end of the 1930’s wartime restrictions forced Lorenzl to turn to spelter as the material for his sculptures, most of which were not signed. Lorenzl’s skills were also manifested in ceramics, designing for a number of manufacturers, including Austrian company Goldscheider.

After his death on 15thAugust 1950, his wife destroyed a large number of his figurines. 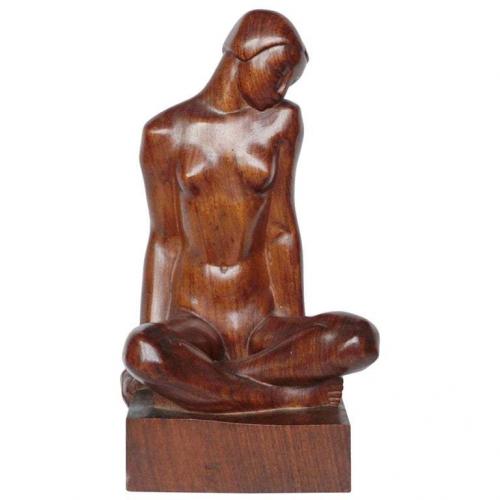 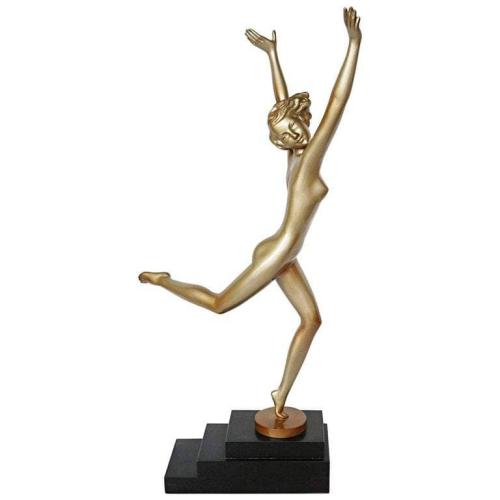 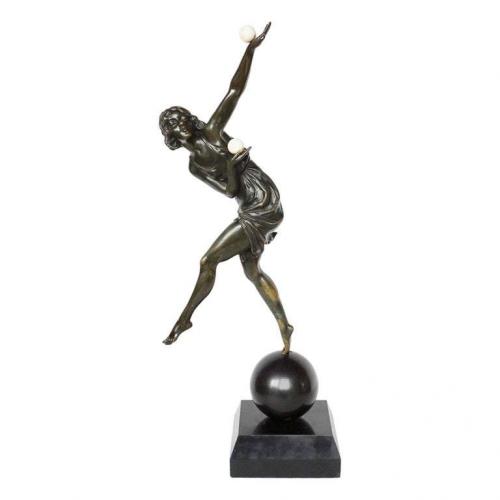