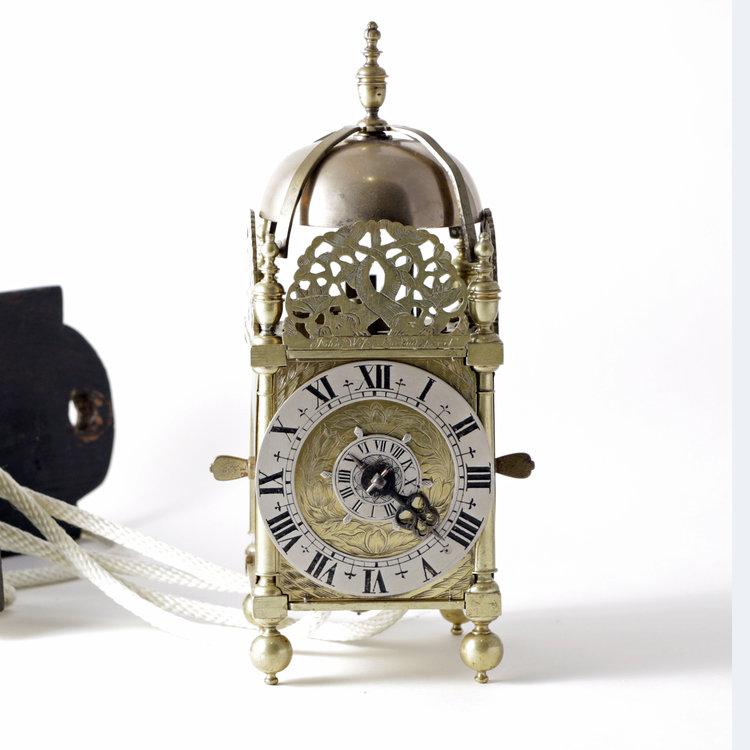 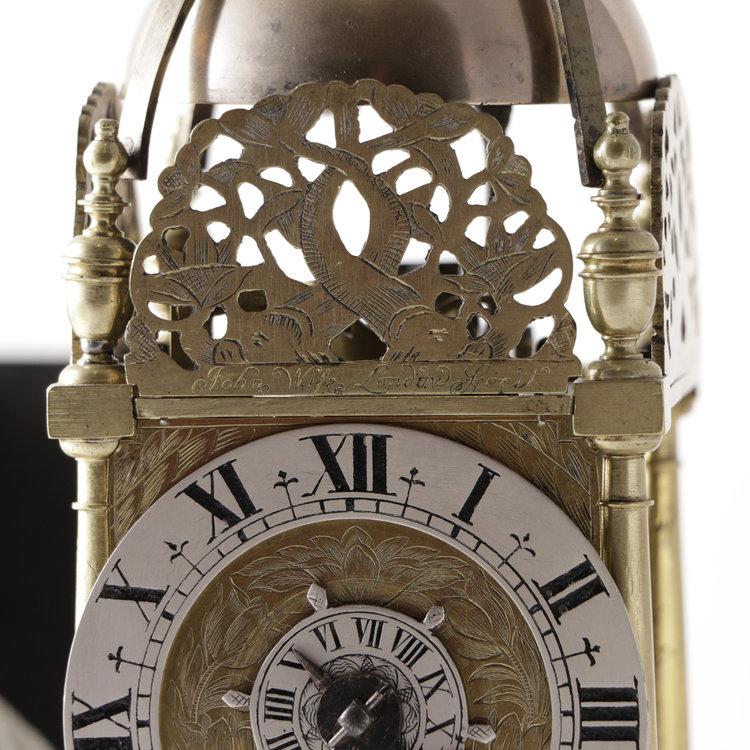 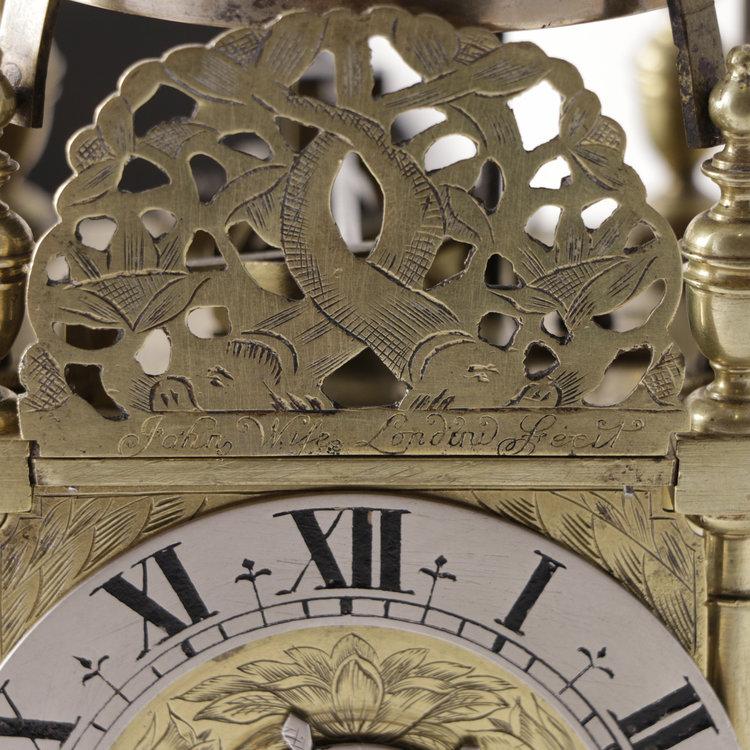 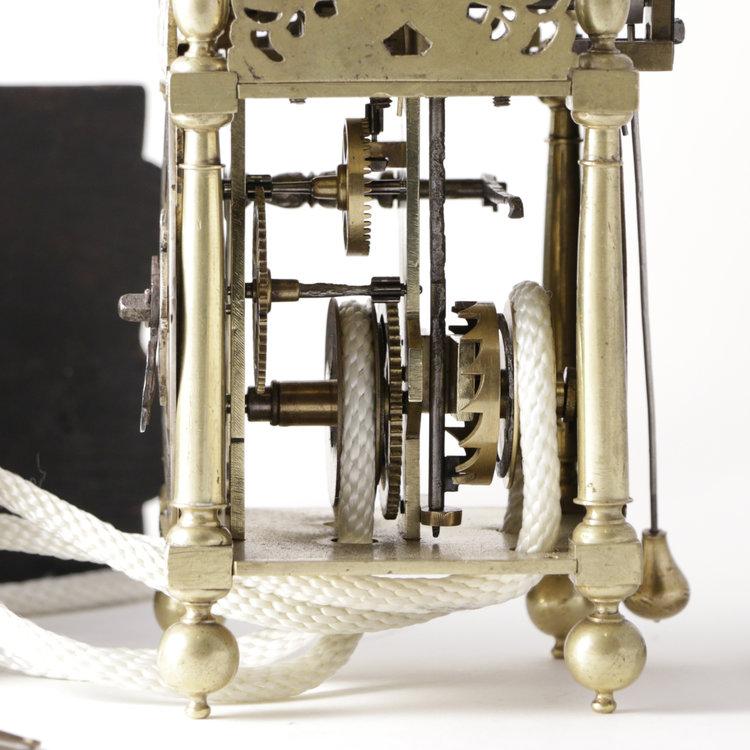 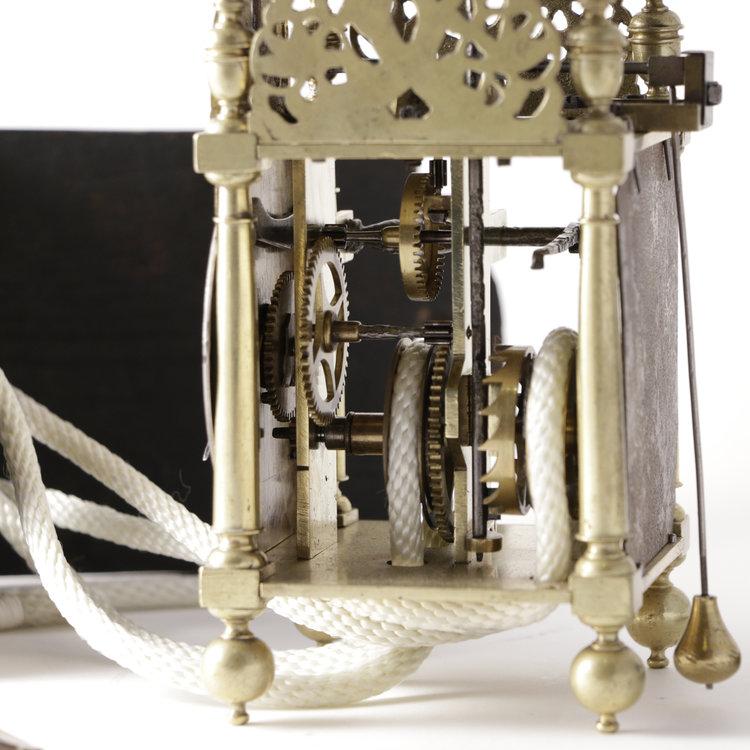 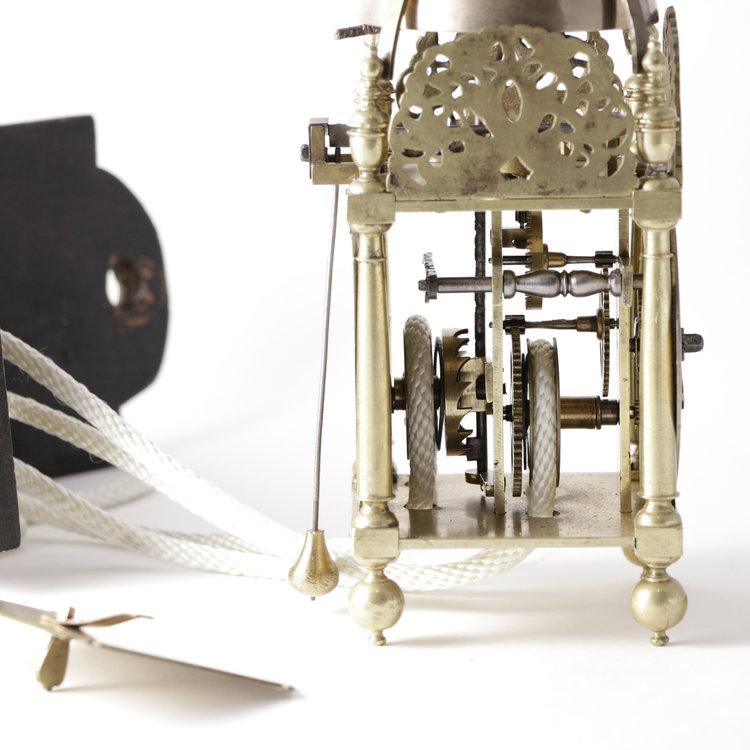 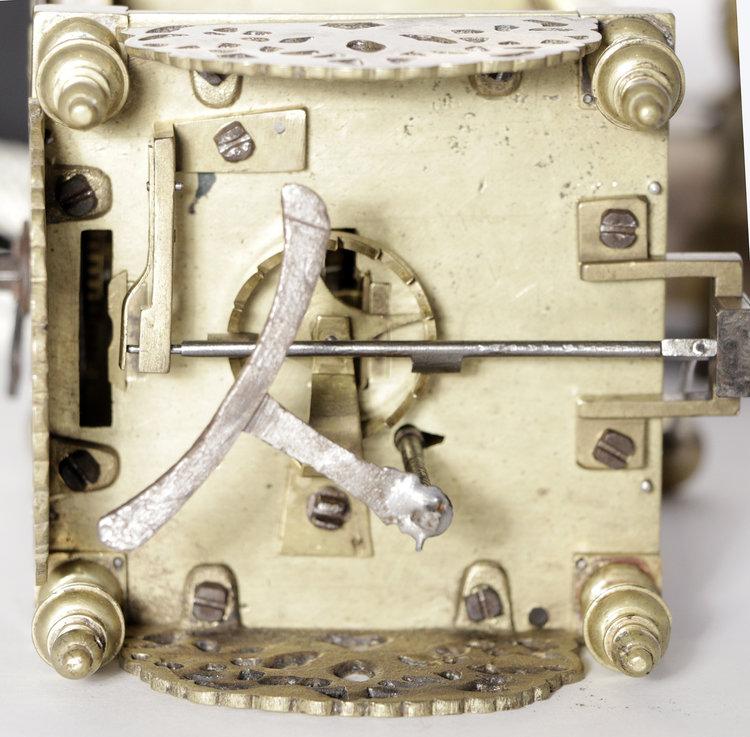 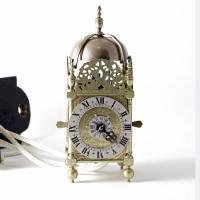 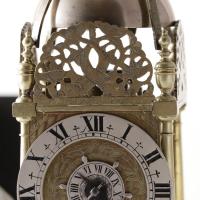 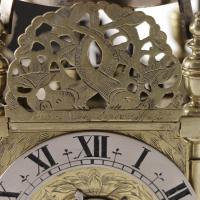 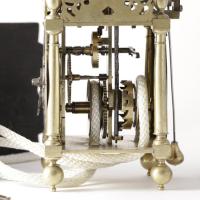 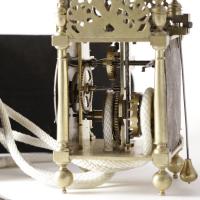 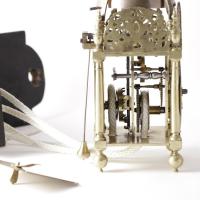 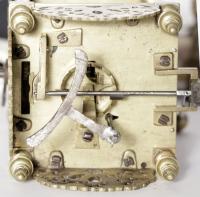 Of particular note is his use of one-piece integral pillars, feet, and finials.  Knibb’s were almost always to that mechanical arrangement too.

Miniature lanterns were largely unknown until the late 17th century.  The frets and attaching screws look to be original. It appears to never have hung on the wall and there is an accompanying bracket.

It is always fascinating to see all the various scratched initials, dates and notes on the back of a dial. This clock has one dated 1743 - certainly fora repair carried out when this clock would have been several generations along.

The clock has to date between 1670, when he went to London, and his death in c. 1790-93.  Very difficult to get closer than that. Generally speaking, it has long been considered that miniature lantern clocks, such as this example, did not come to fashion until late in the century.