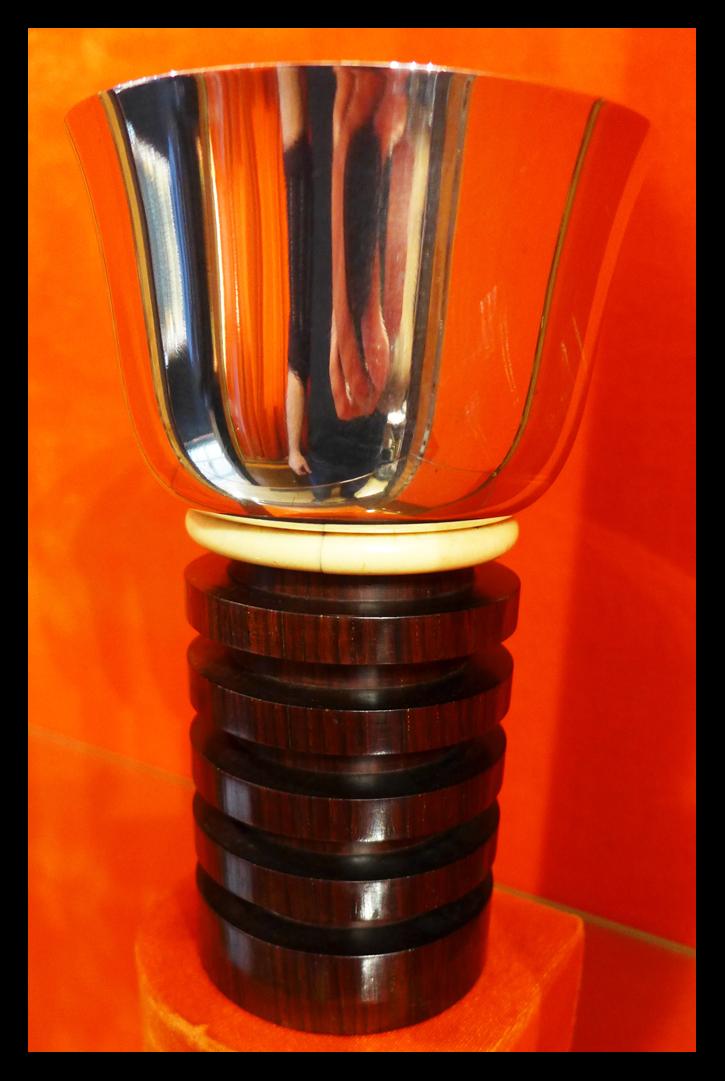 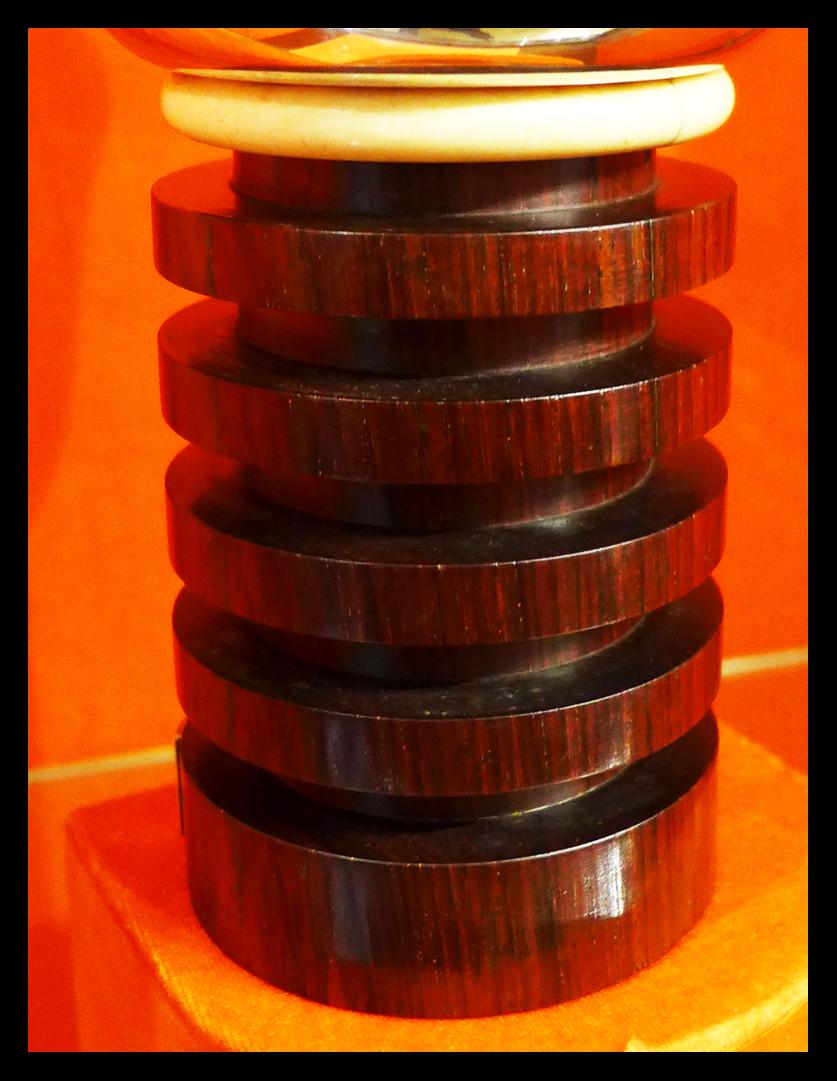 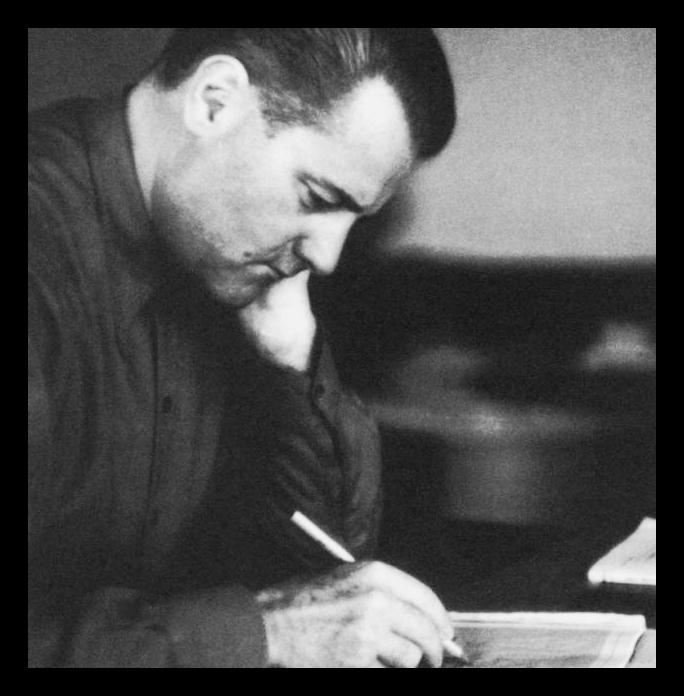 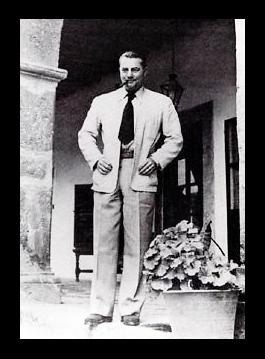 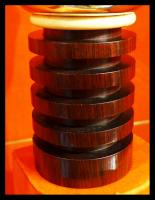 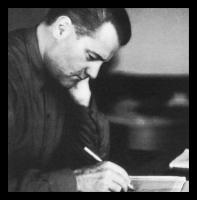 A Silver Bowl mounted on a column of carved palissandre designed as a series of concentric circles.

French assay marks and Makers Mark, also with the full signature of J.E.Puiforcat around the rim. French, circa 1920s/30s.

Jean. E. Puiforcat was one of the most important Silversmiths and designers of the art deco era. He belonged to a distinguised family of Parisian Goldsmiths but developed his own strict moderniste aesthic.

He used the principles of the Golden Section to give his pieces perfect proportion and balance. He also combined the silver elements with rare and exotic hardstones and woods, creating a very refined and luxurious object.

J.E.Puiforcat was a founding member of the Union Artiste Moderne, Paris in 1930. During the Second world War he moved to Mexico where he continued to design and create his pieces incorporating influences from the Aztec and Mayan cultures.

His pieces are rare and can be seen in most major museum collections.