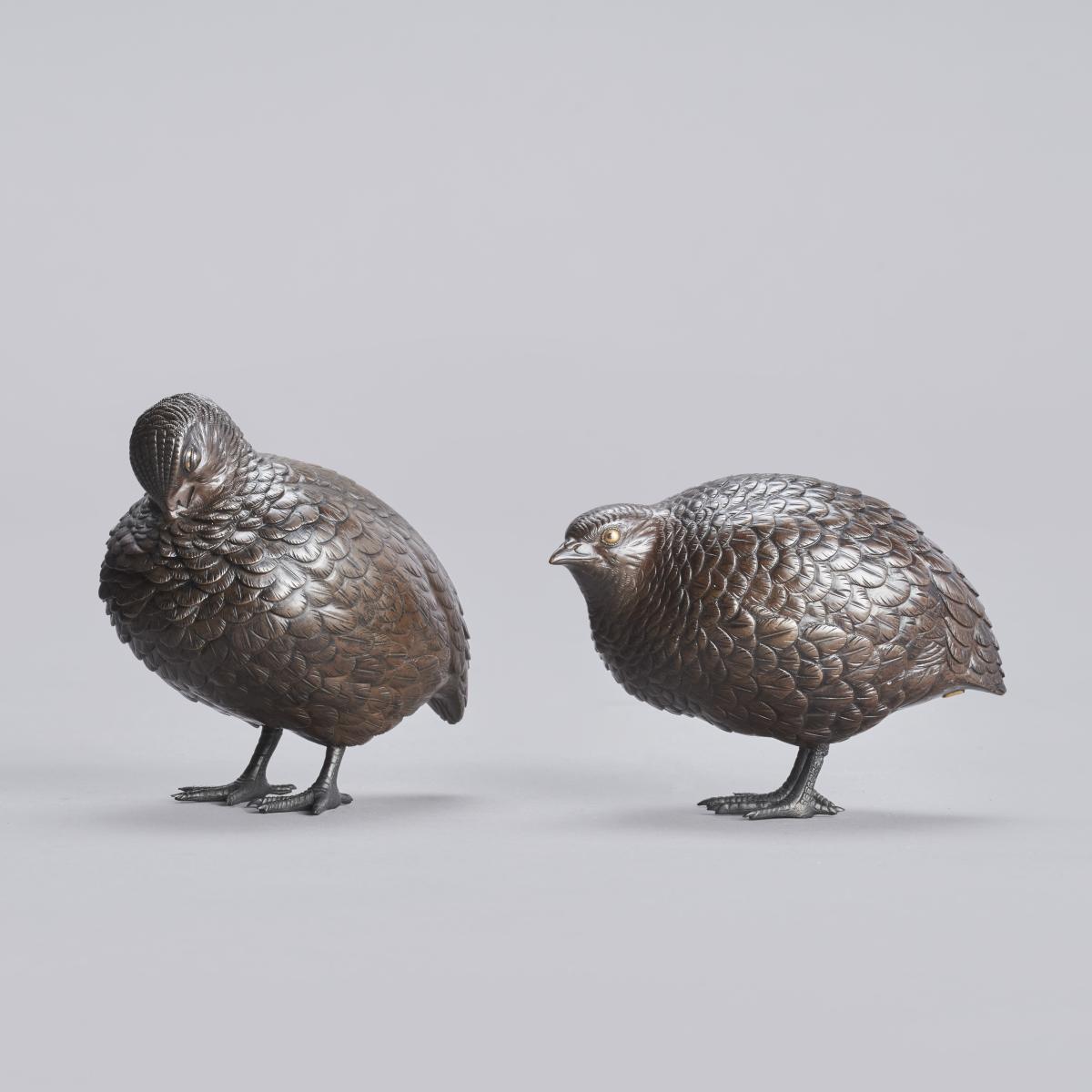 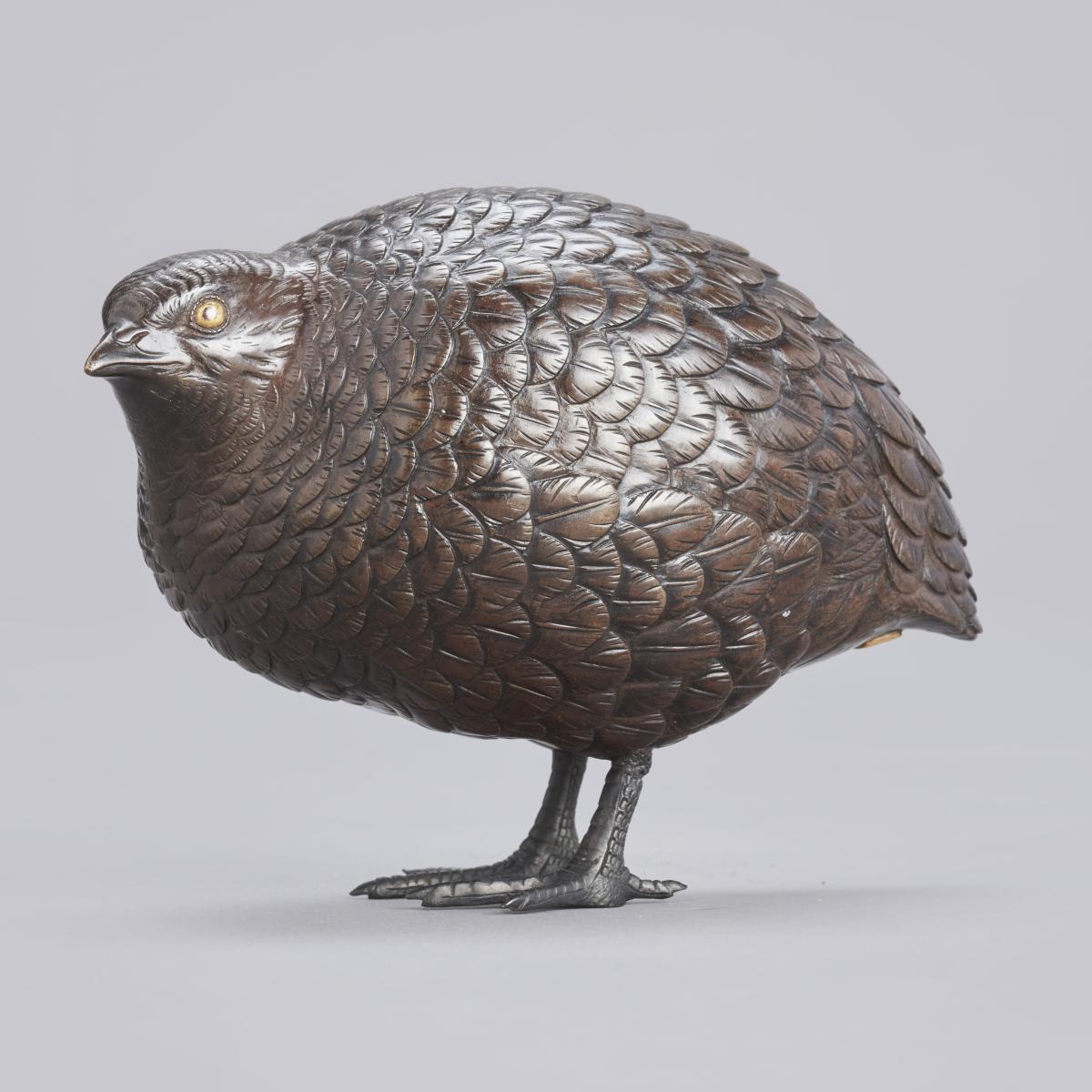 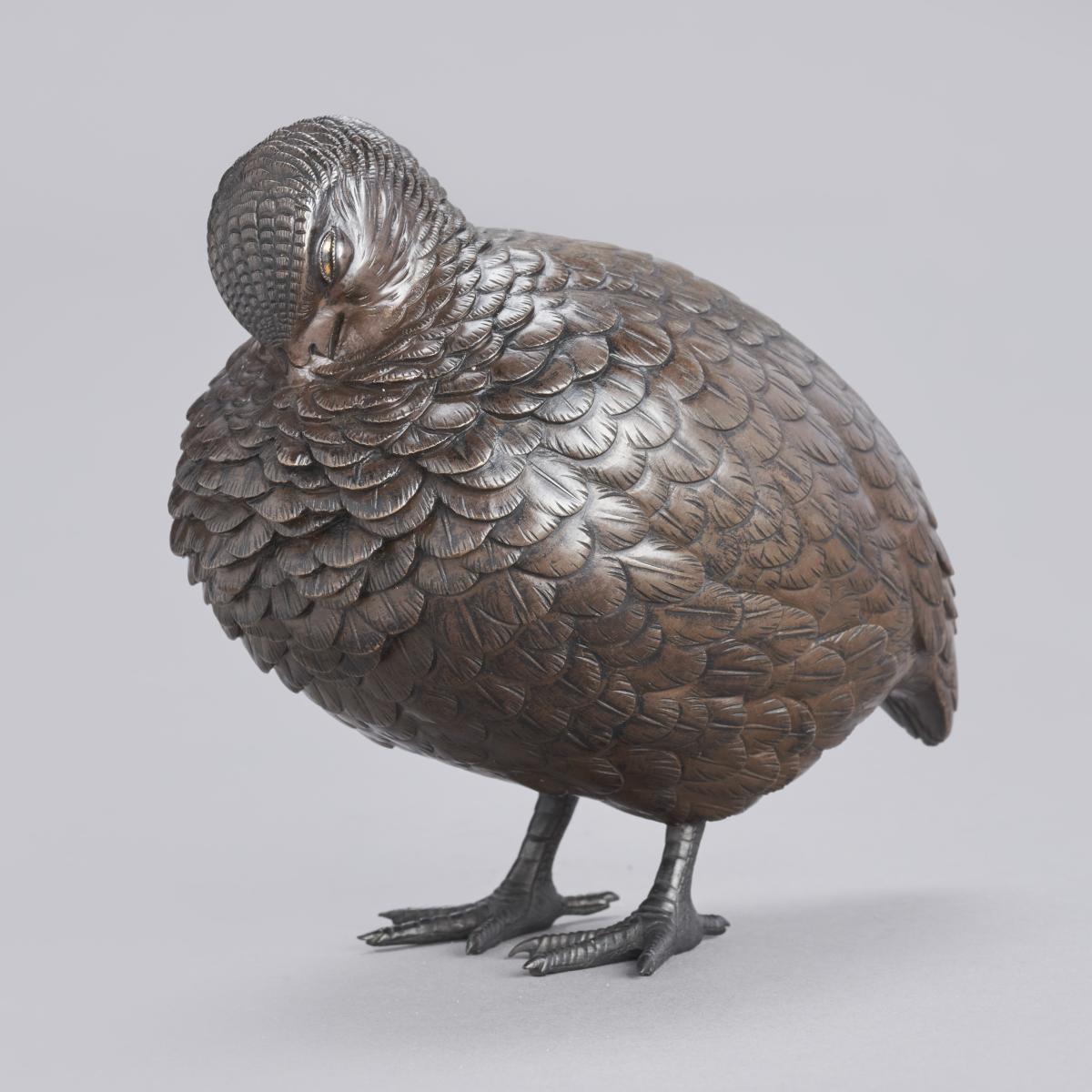 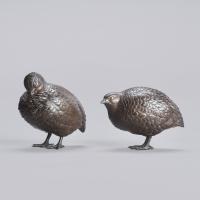 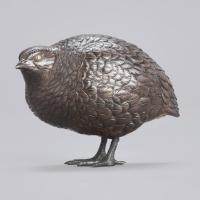 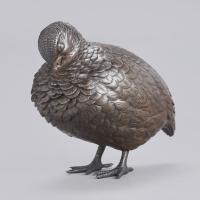 Japanese pair of bronze quails one standing and looking to the left, the other preening its feathers, signed in an oval reserve Atsuyoshi saku 厚義作 with seal Maruki sei まるき製 (made by Miyabe Atsuyoshi for the Maruki Company), Meiji Period.

The quail is symbolic of the Autumn season, and also of courage and victory in battle.

The artist Miyabe Atsuyoshi is recorded in Wakayama Takeshi 若山猛, Kinko jiten 金工事典 (Dictionary of Metalworkers), Tokyo, Token Shunju Shinbunsha 刀剣春秋新聞社, 1999 p.1141, as a maker of sword-fittings and was a pupil of Shinoyama Tokuoki (1813-1891), active in Kyoto during the late Edo period and early Meiji era.

The Maruki workshop was based in Sukiya Street, Nihonbashi ward-Tokyo, made fine quality bronzes and carvings during the Meiji Era, and exhibited at many domestic and International exhibitions. 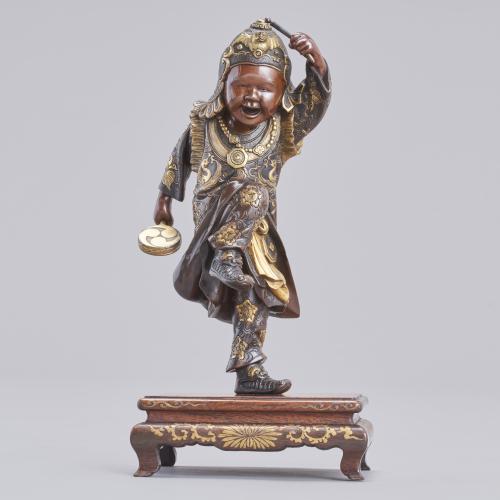 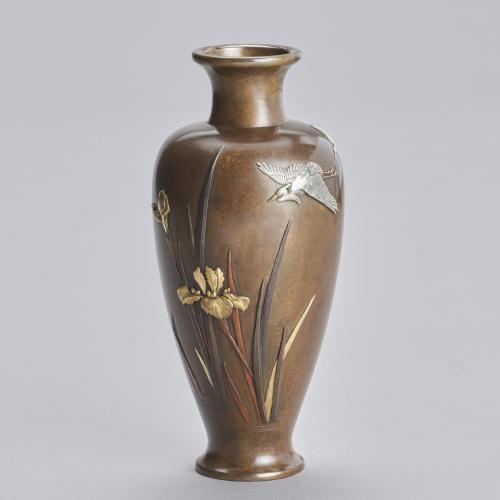 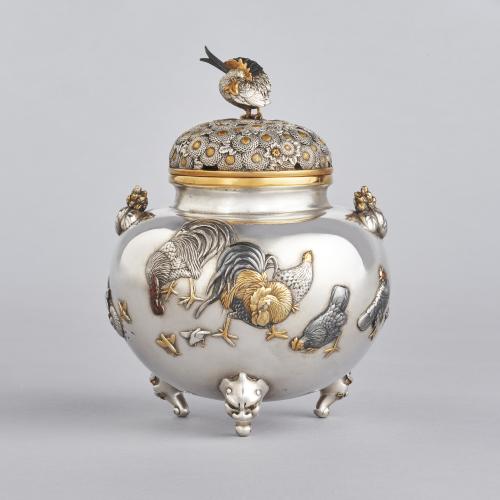