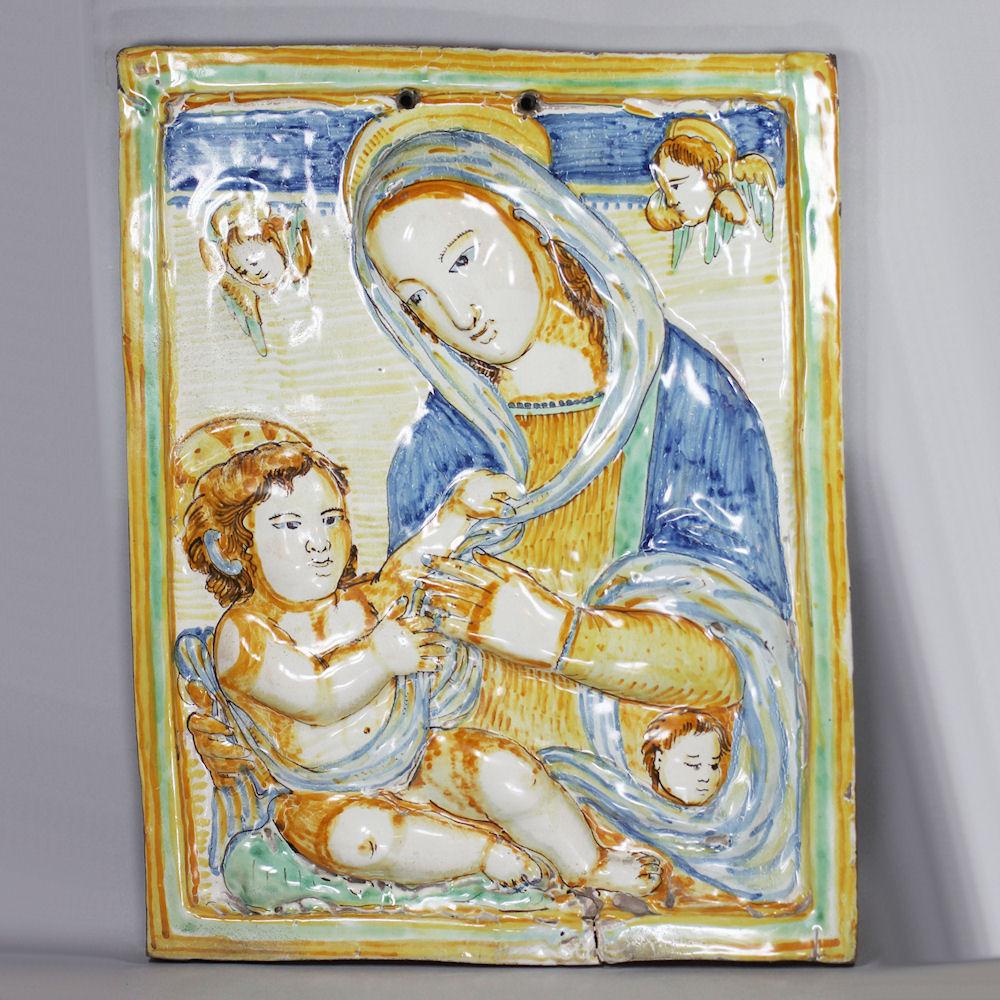 Italian Deruta maiolica rectangular plaque, 17th century, depicting the Madonna and Child, the Virgin with a veil, clothed in a long-sleeved tunic with a mantle over her shoulders, the Christ child seated on her lap, one hand tugging the Virgin's veil, the other touching the fingers of the Virgin's left hand, with two putti above and a further putto within the Virgin's sleeve.

It is suggested that 'Benedetto’s conceit of the Child toying with the veil and the play of expressive hands may have been borrowed from Leonardo da Vinci’s Madonna with the Carnation' (Wardropper, 2011).

Some versions of the relief include angels, some do not, and some depict the Child holding an apple or orb rather than the veil.