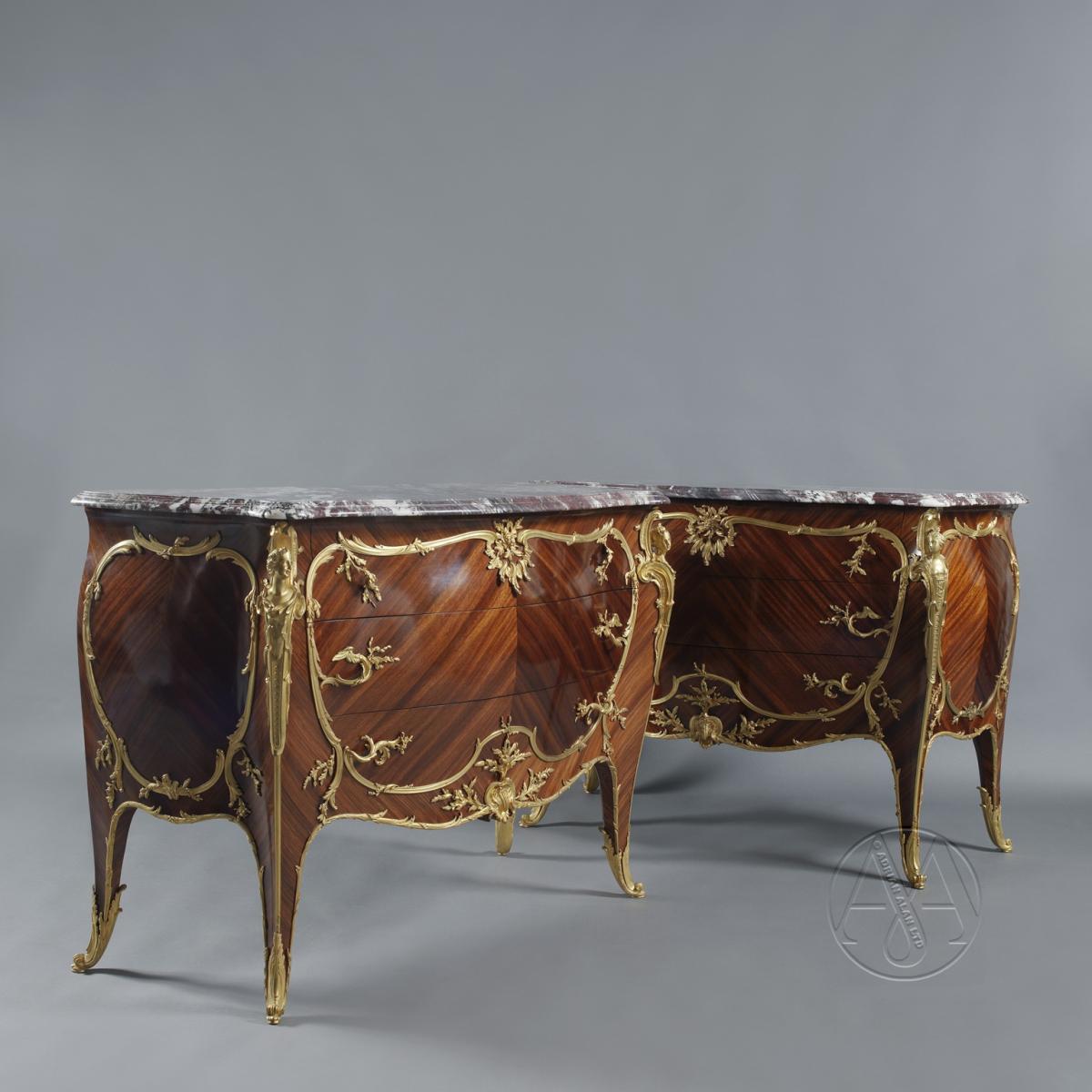 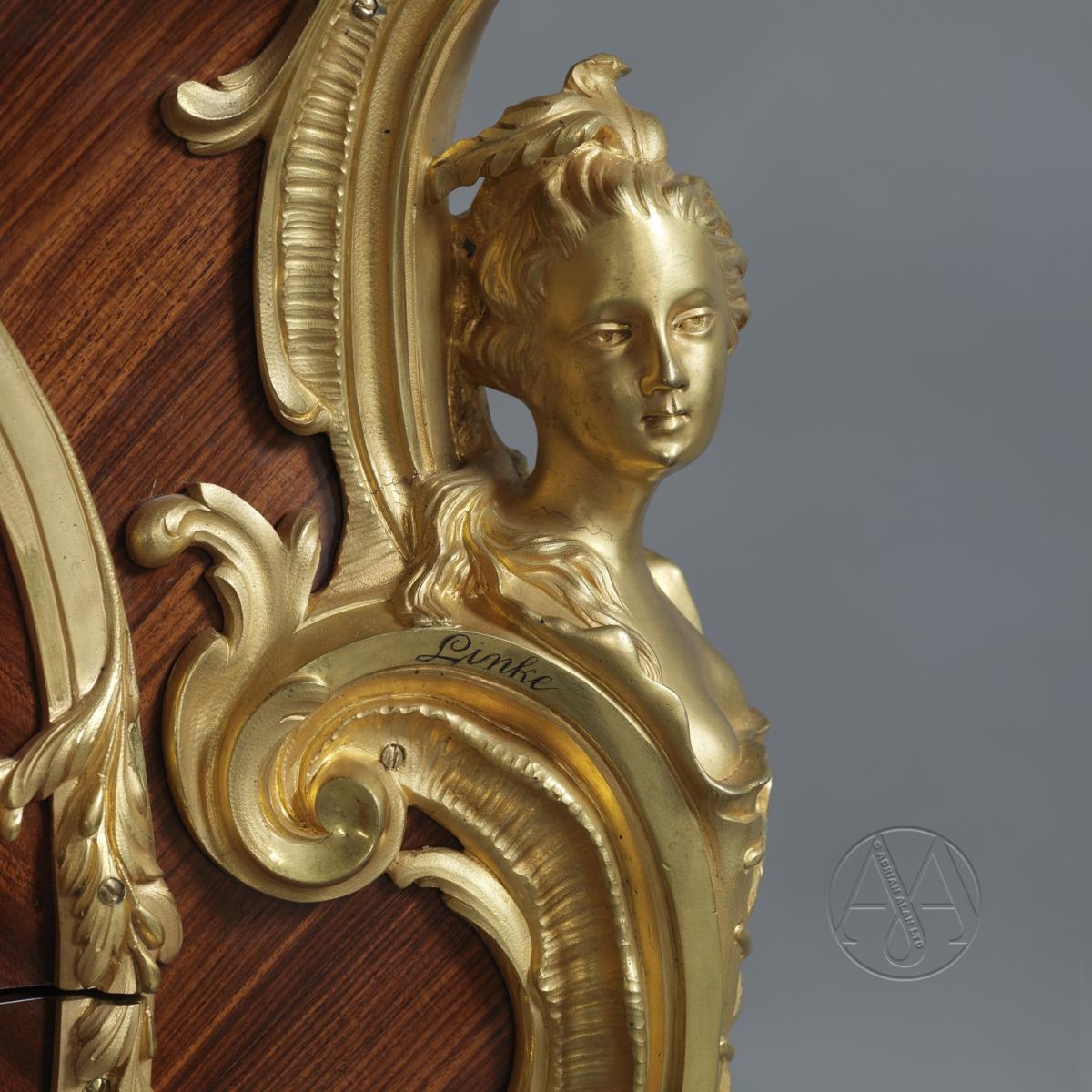 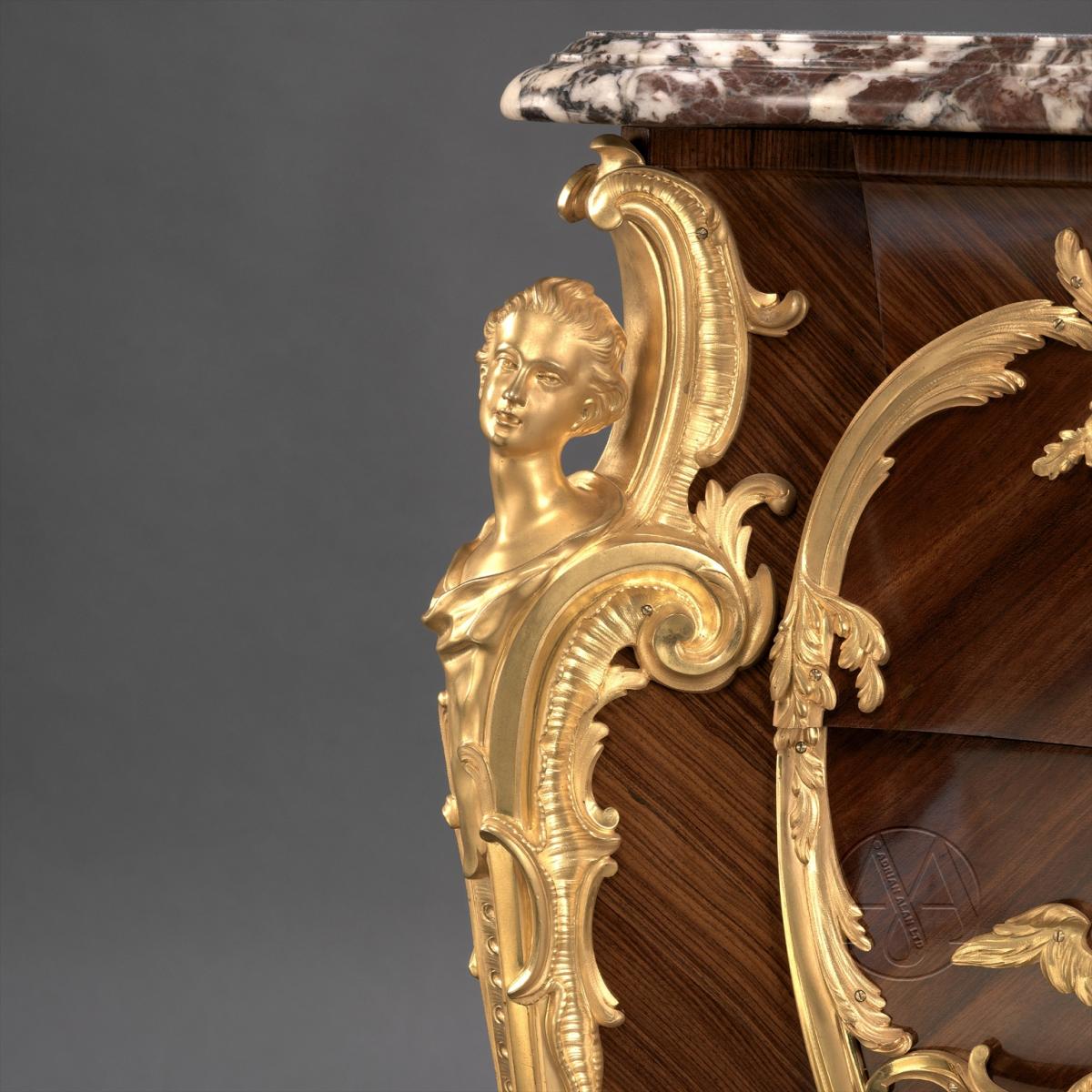 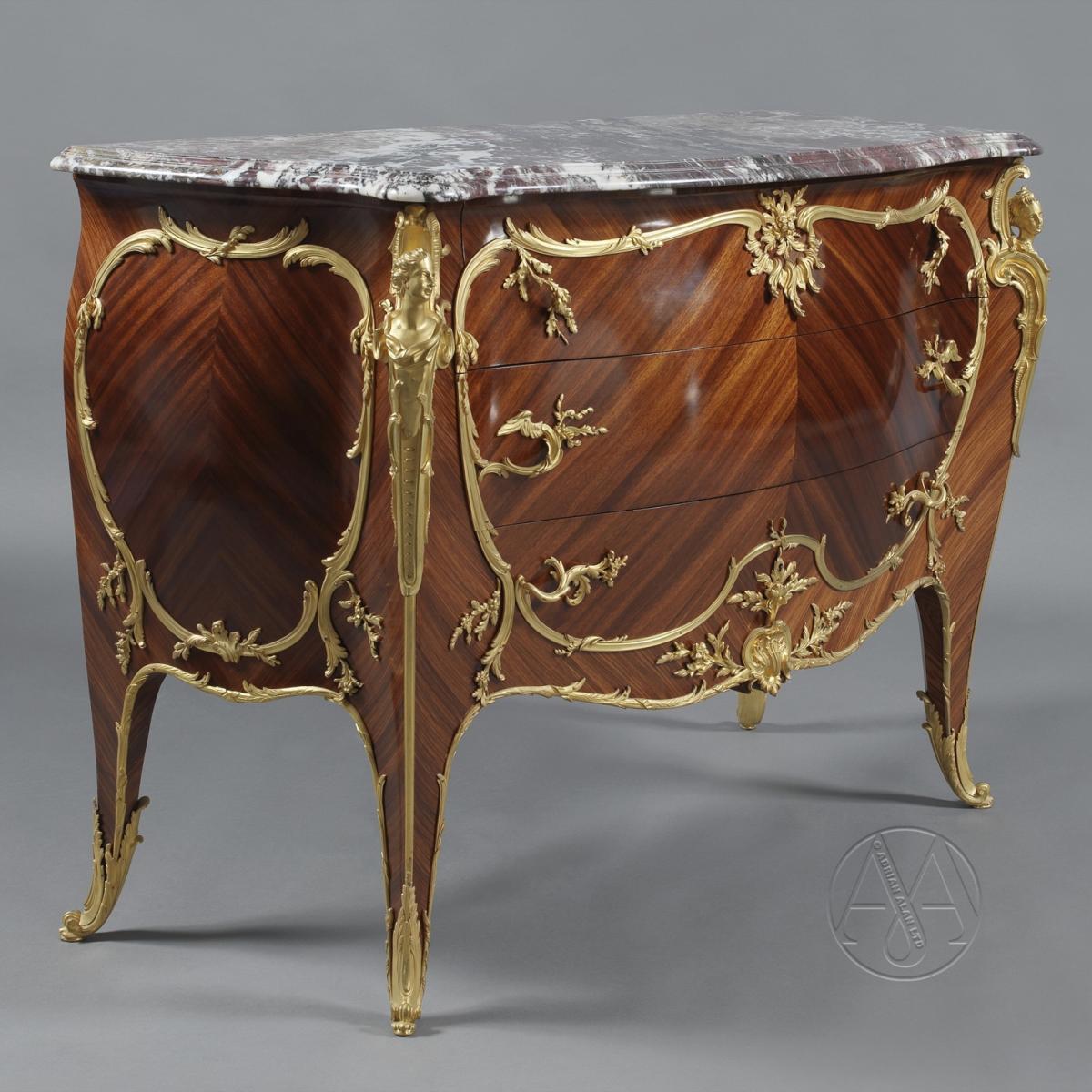 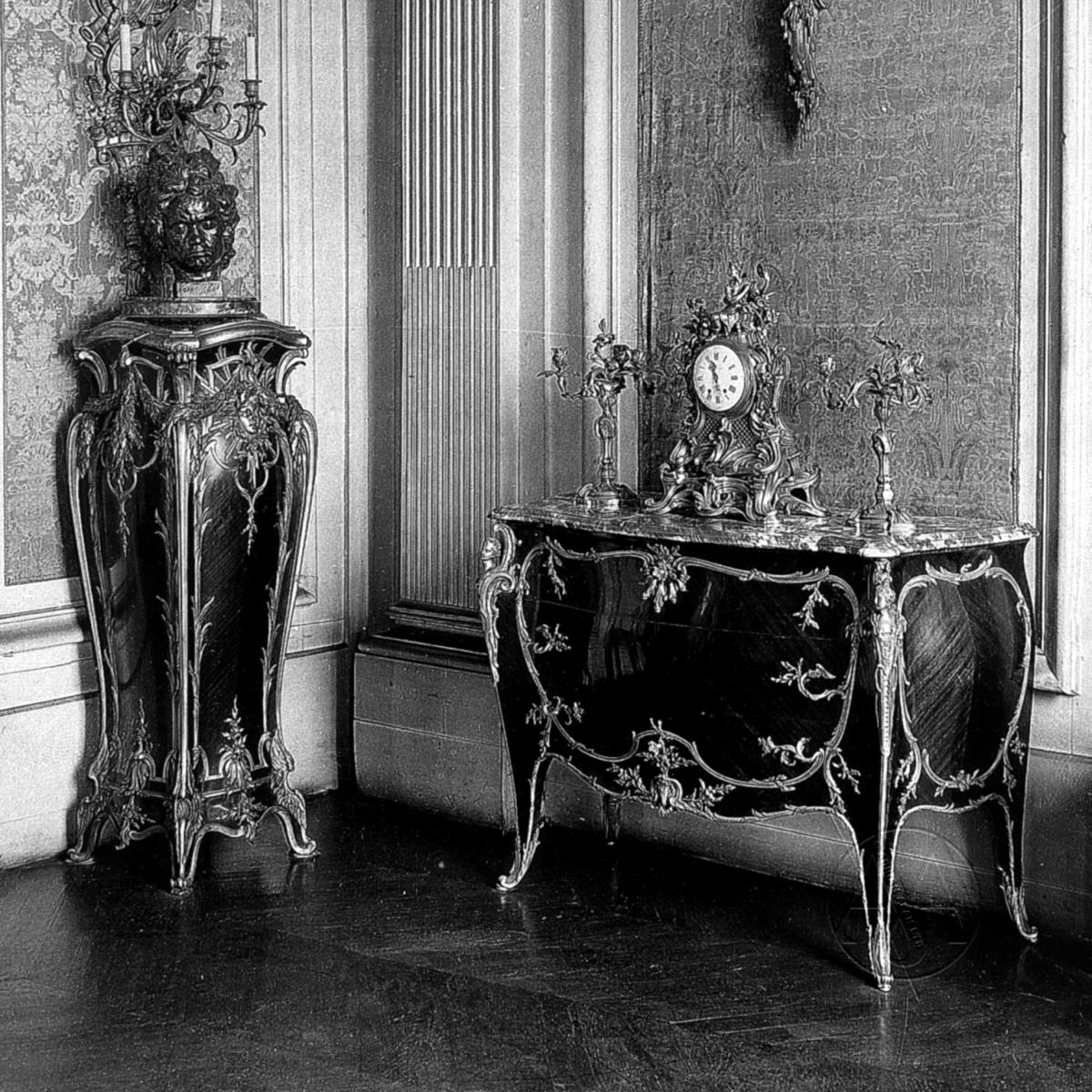 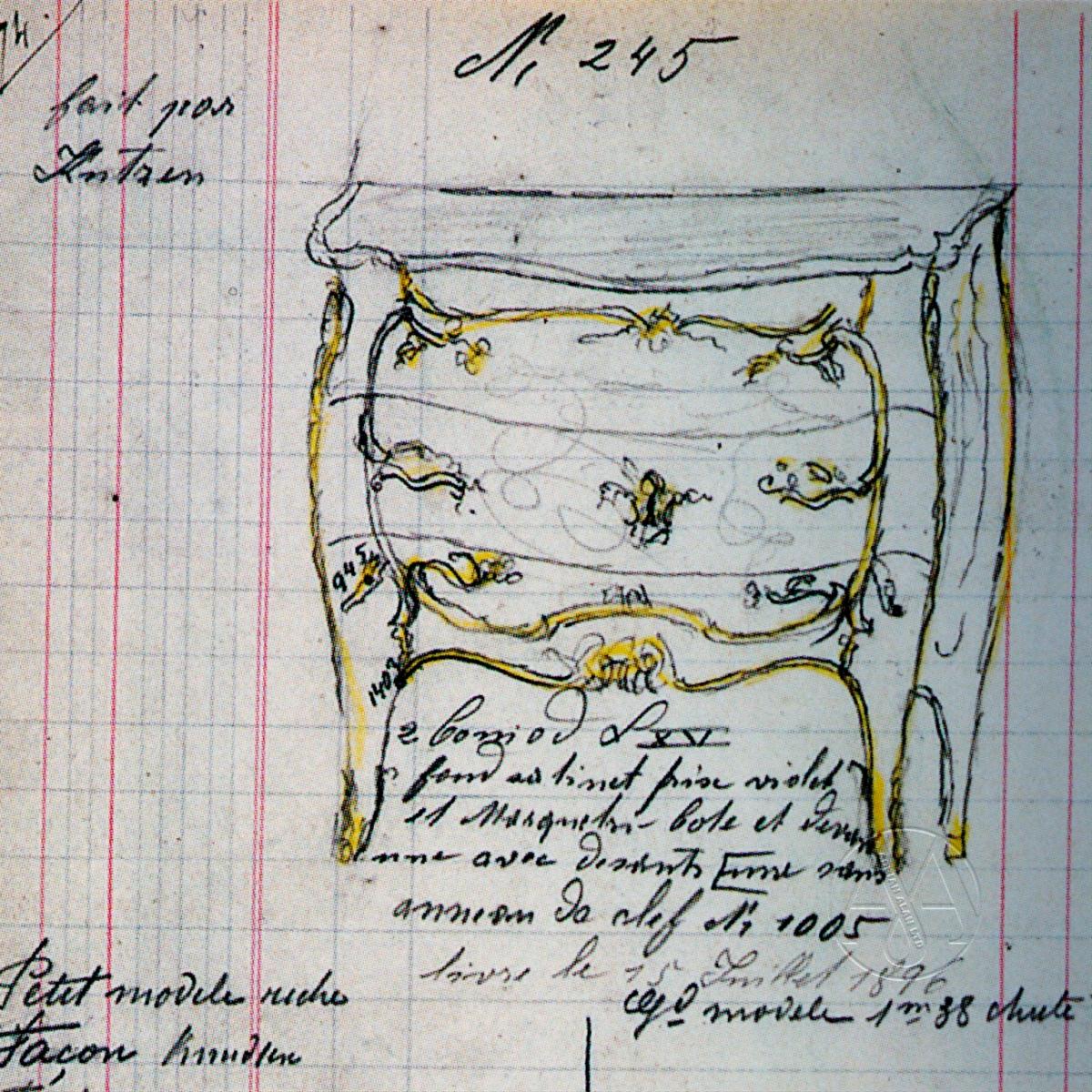 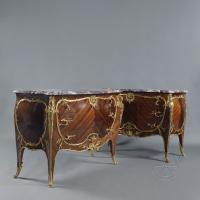 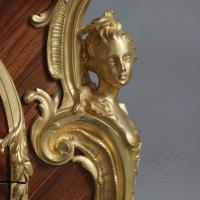 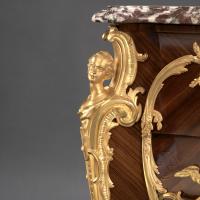 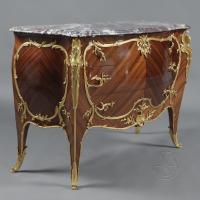 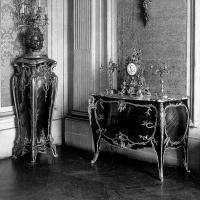 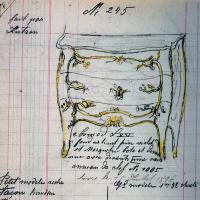 The gilt-bronze mounted bombe cases are set with three drawers with scrolling foliate encadrement and the corners are mounted with male and female espagnolettes. Dating from 1891, these commodes formed part of the furnishings of Linke’s private apartment at the Quai Henri IV, on the right bank of the Seine in Paris.

The original design for this model commode was an early example of the collaboration between Linke and Léon Messagé, inspired by a smaller commode of similar spirit as shown in Messagé's personal sketchbook (illus. C.Payne, Linke, pl. 63). However, the Blue Daybook drawing shows the fully developed commode with the distinctive winged foliate handles that Messagé favoured. It might be assumed that this device is Messagé's idea of an amusing play on his own family name, the wings being the attributes of Mercury the messenger.

Linke produced this in two sizes and in several variations -  this parquetry version, a bulrush marquetry model and a plain veneered model. The bulrush version is illustrated in: Adrian Alan, Vol V, p.60-61.

The formation of Linke's distinctive style was made possible by his collaboration with the sculptor Léon Messagé.

Together Linke and Messagé designed furniture for Linke's 1900 exhibition stand, with  exuberant allegorical figures cast in high relief, that exemplified Linke's ability to seamlessly merge the different mediums of wood carving, bronze and marquetry into a dynamic unified whole.