An Important Encrier By François Linke and Léon Messagé 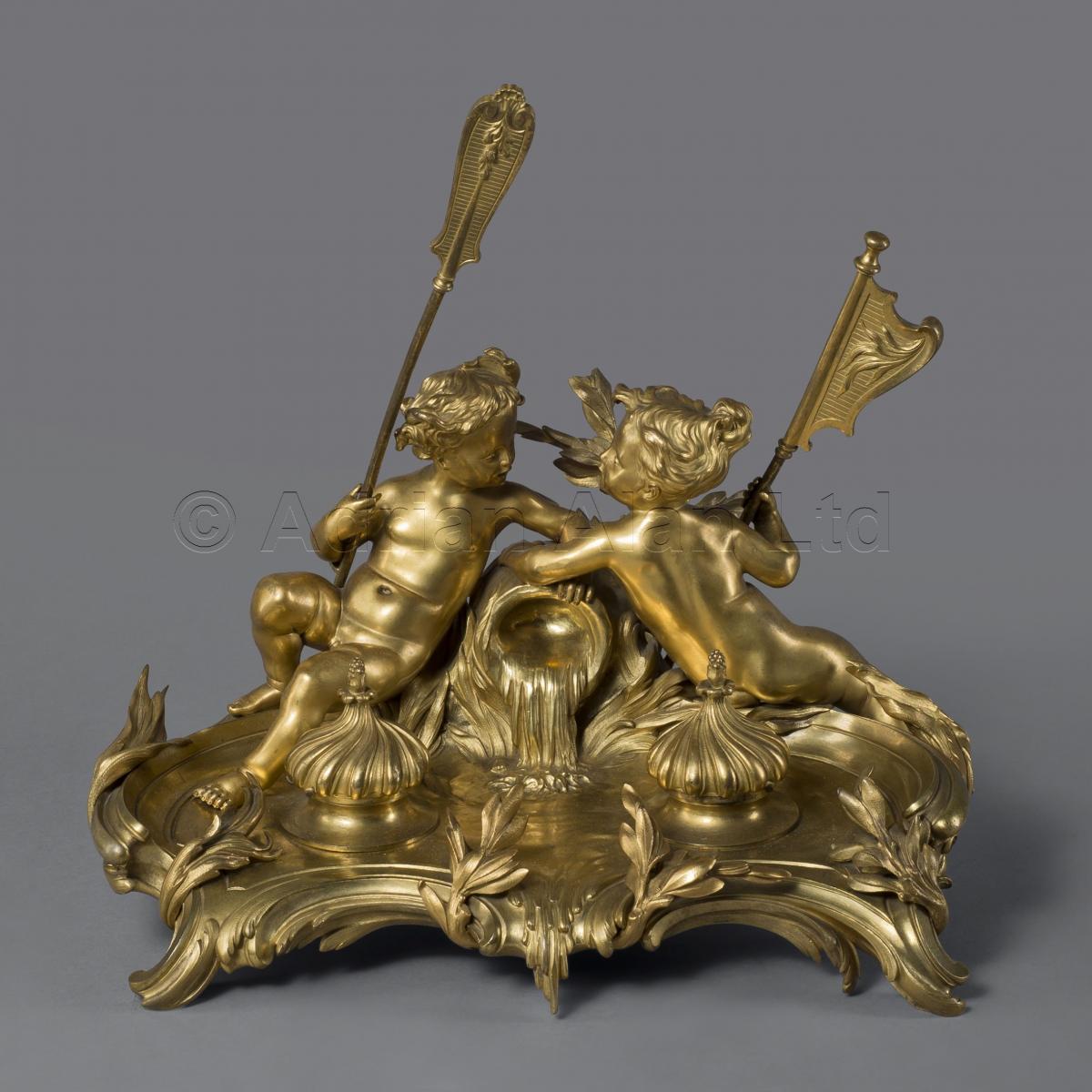 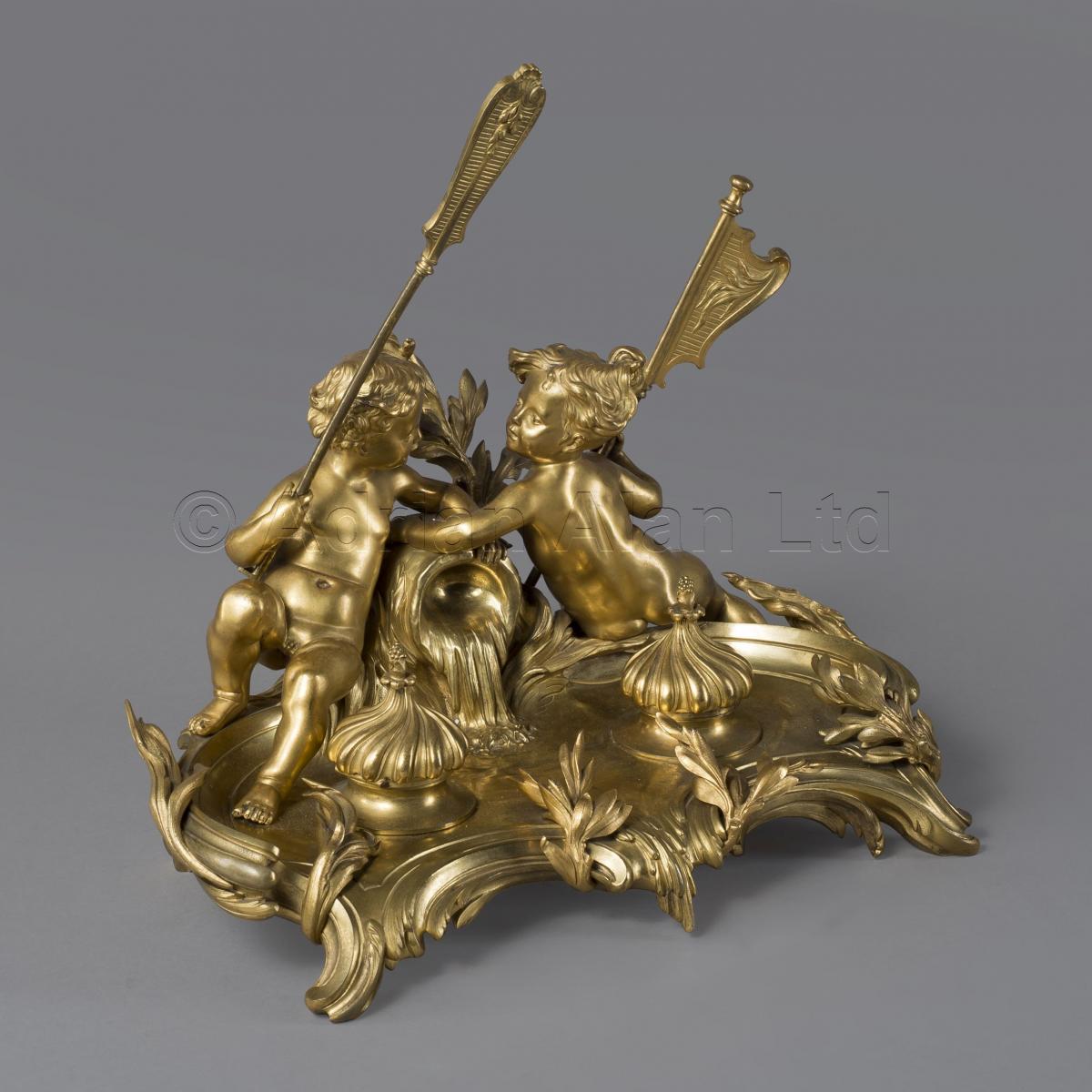 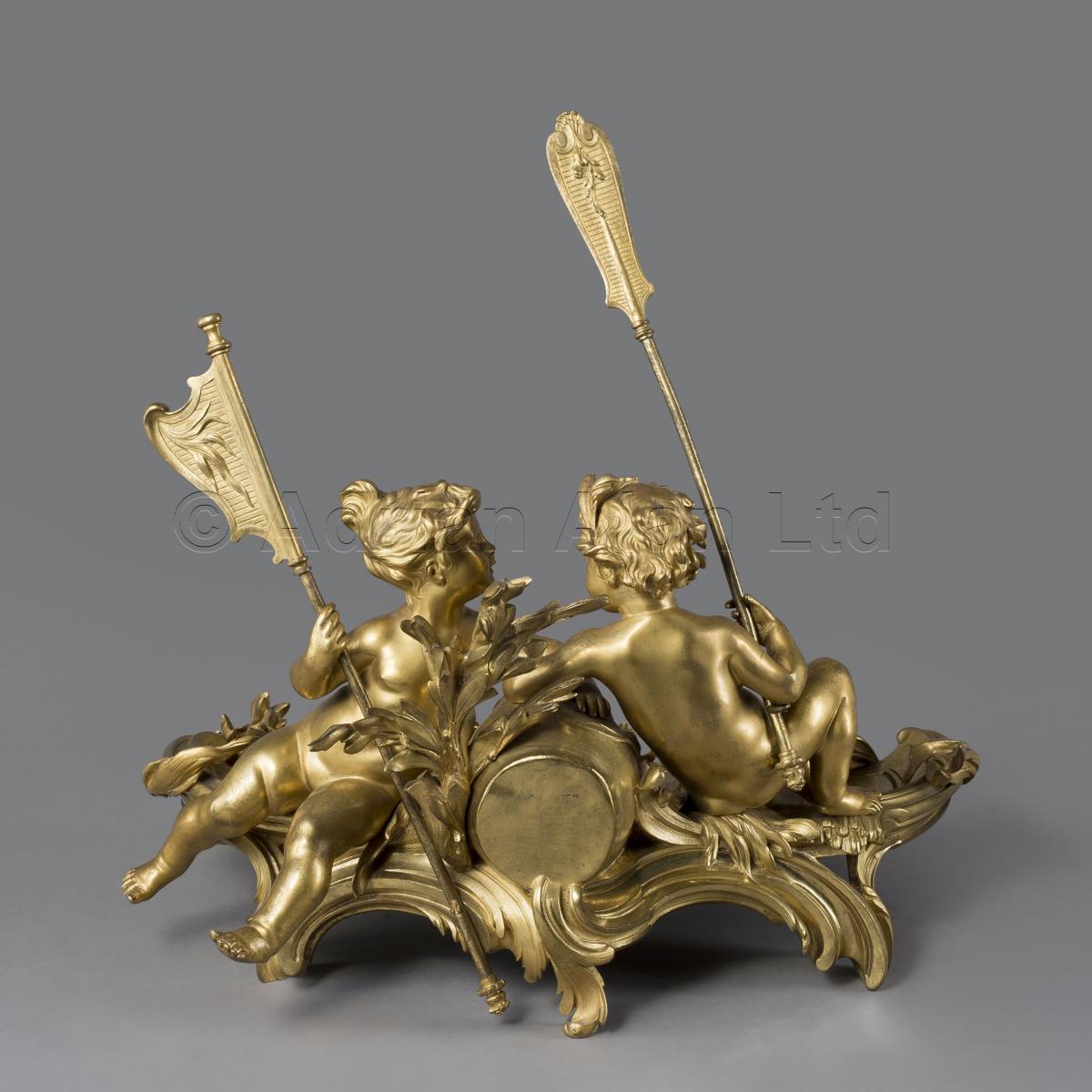 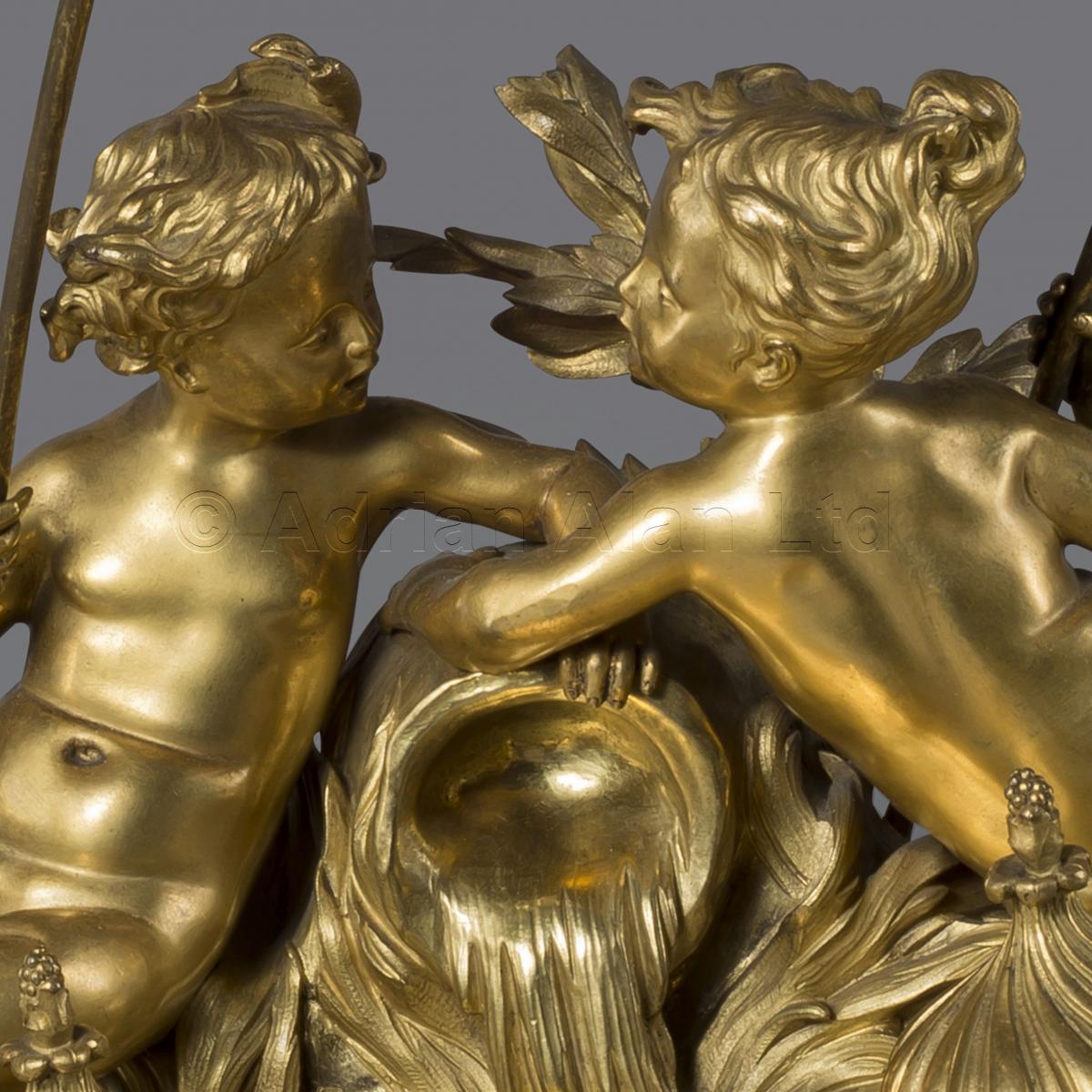 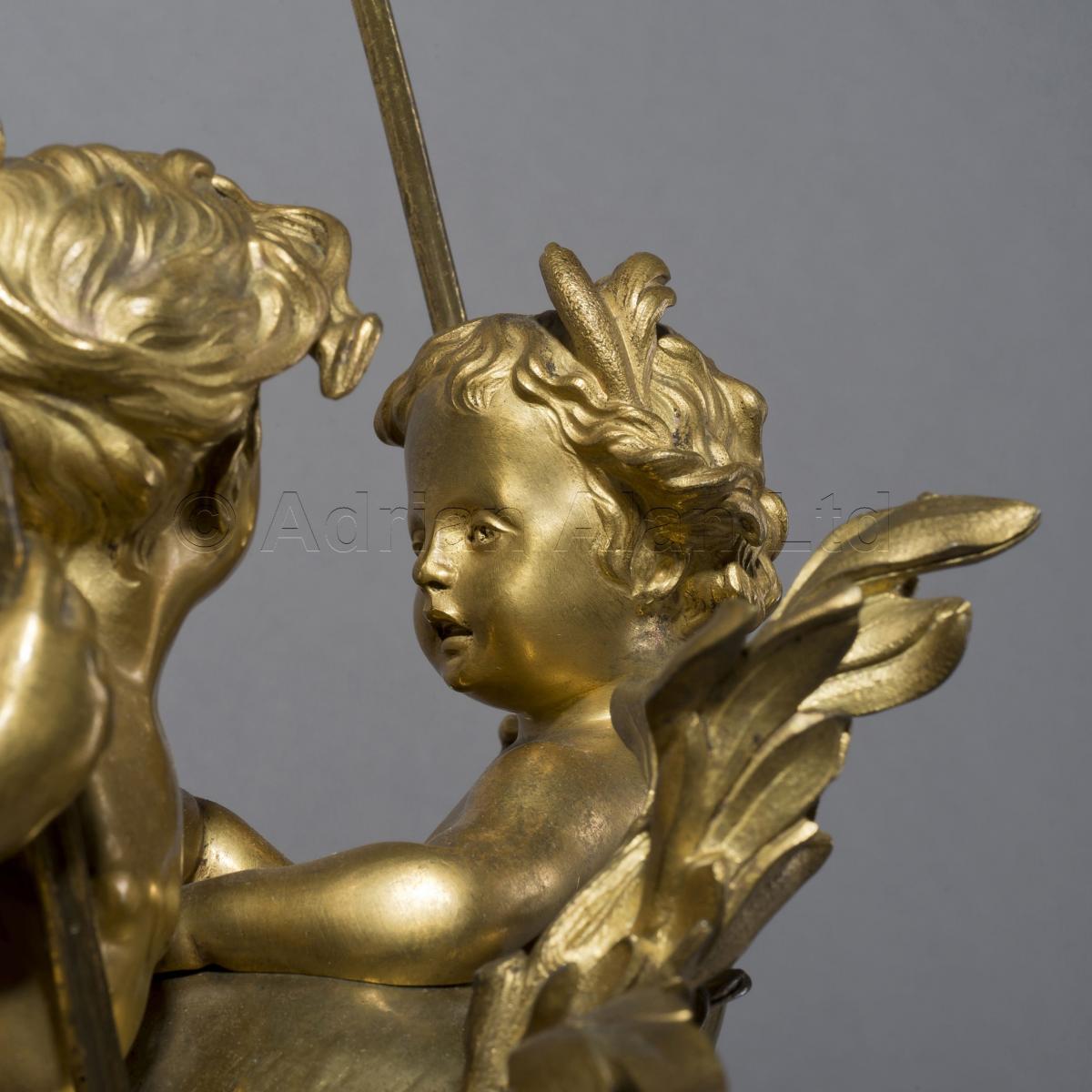 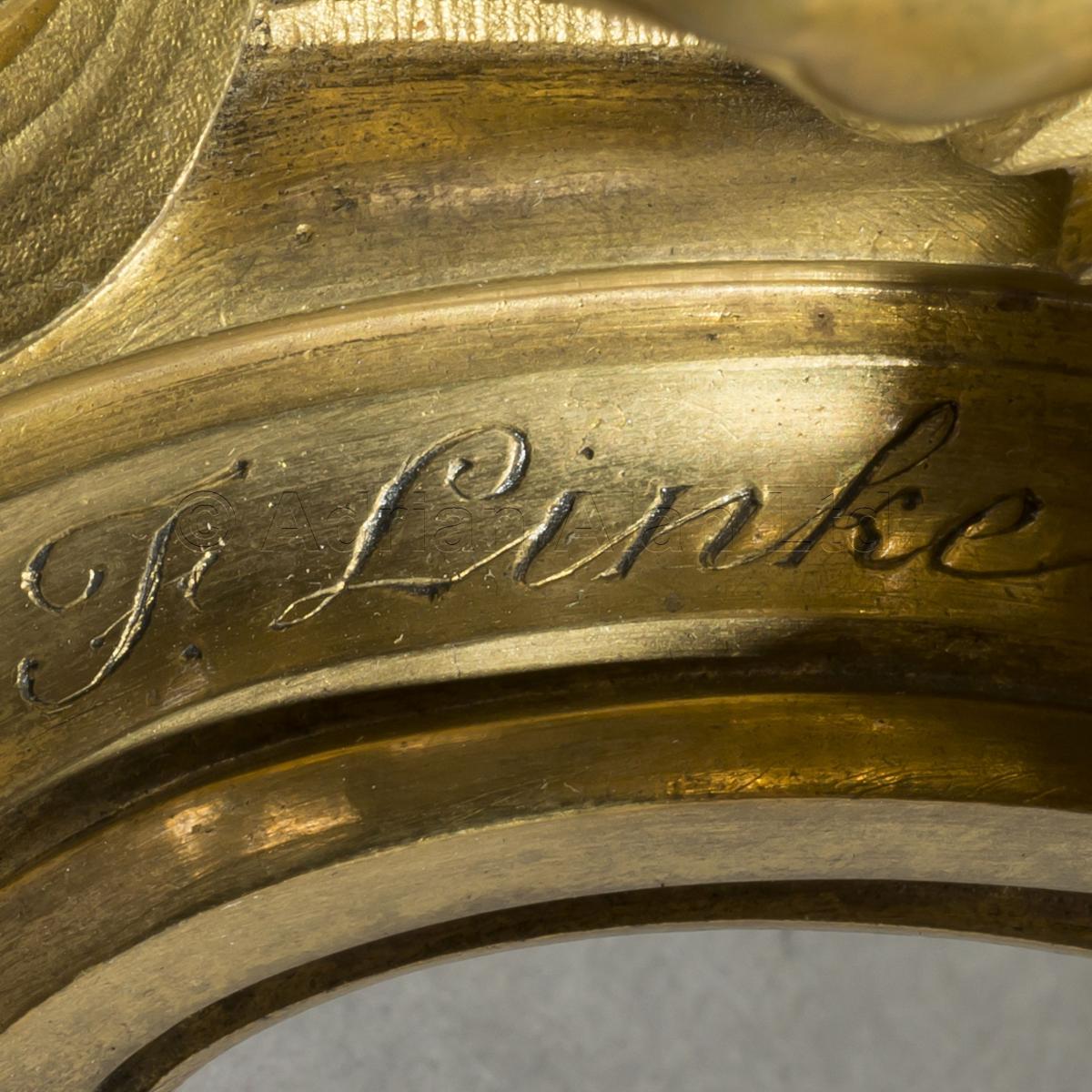 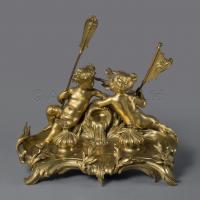 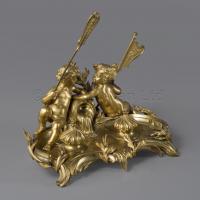 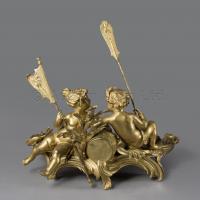 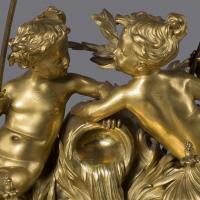 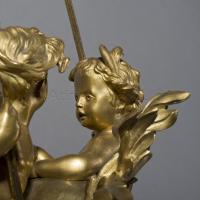 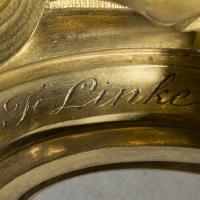 A Very Rare and Important Exhibition Encrier By François Linke and Léon Messagé.

This exceptional and ambitious encrier is modelled as two putti, each holding a standard and sitting on the water's edge, the two inkwells with hinged spirally-fluted covers with glass liners.

This important inkwell is based on Léon Messagé's celebrated sculptural group 'La Source' and was originally intended by Linke to form part of his spectacular stand at the 1900 Paris Exposition Universelle. Like seven or eight other pieces originally intended for inclusion on the stand, it would seem the encrier was a casualty of both Linke's over-ambitious production schedule and the financial burden that the manufacture of such ornate and high quality work imposed. It was eventually shown on the stand in September after the gilding was finished by Picard at a cost of 90 French francs. The costs of the model were very high: some 2024 francs (of which Message's combined fee was 1158 francs 40 centimes), underlining the originality and complexity.  The 1900 Exposition example was sold, along with three important pieces of furniture from the stand (the Grand bureau and associated armchair, and the Bahut Louis XV Mars et Vénus), to the South African banker and diamond merchant Solomon Joel. A further six encriers were produced up until 1925. 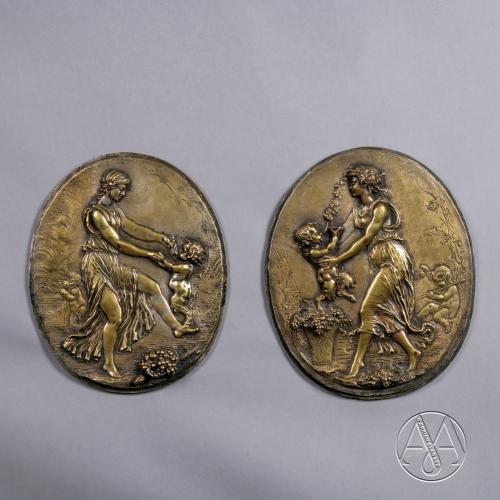 A Pair of Oval Bronze Reliefs After Clodion
Adrian Alan 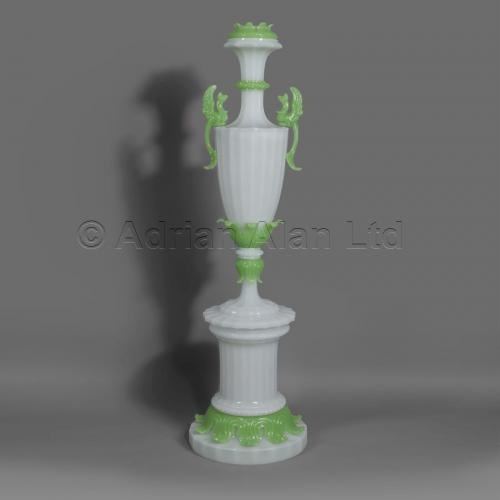 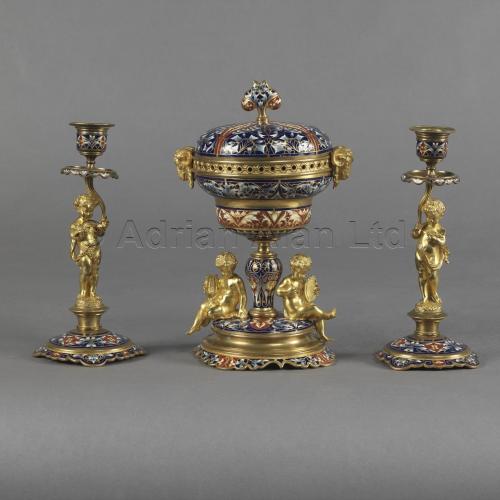