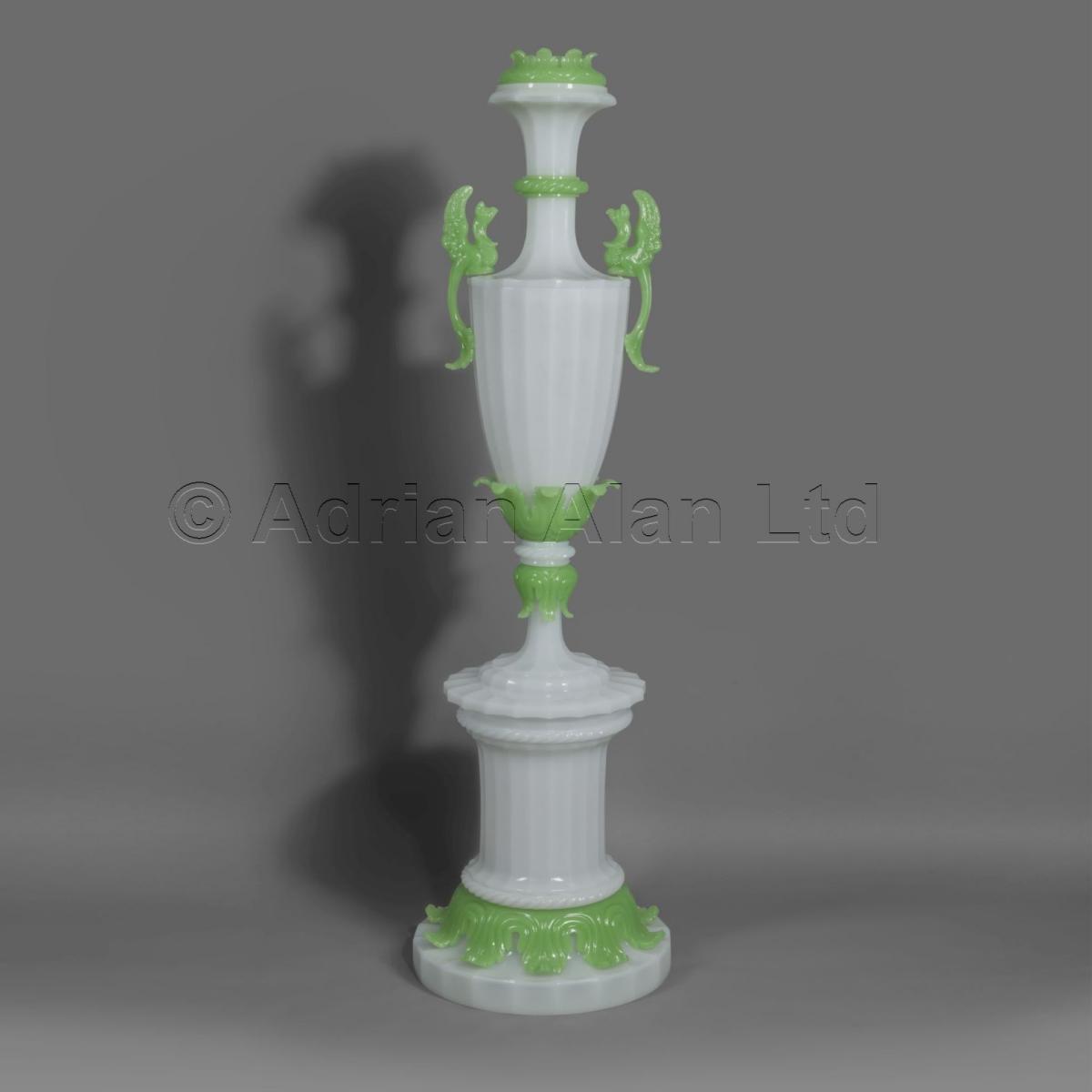 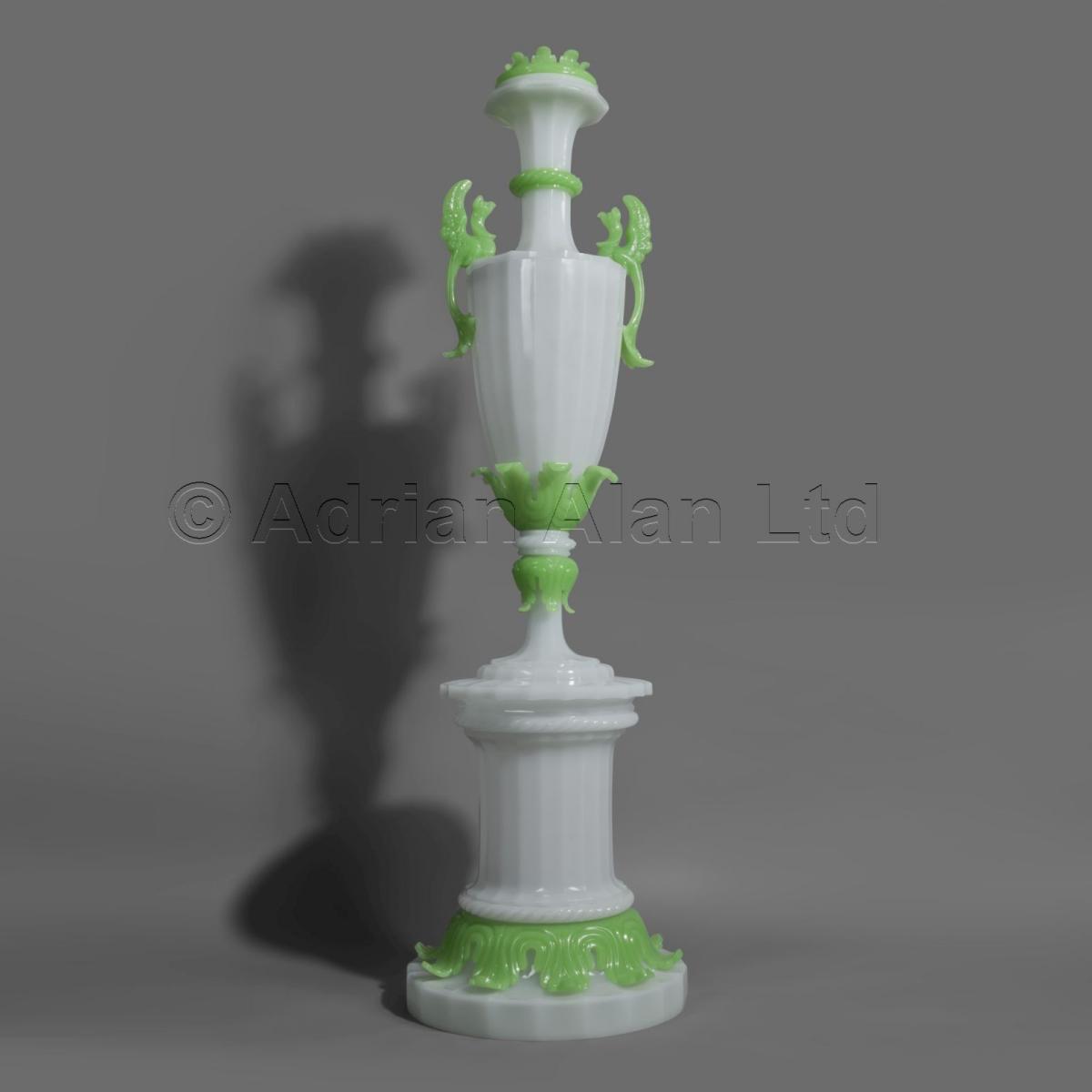 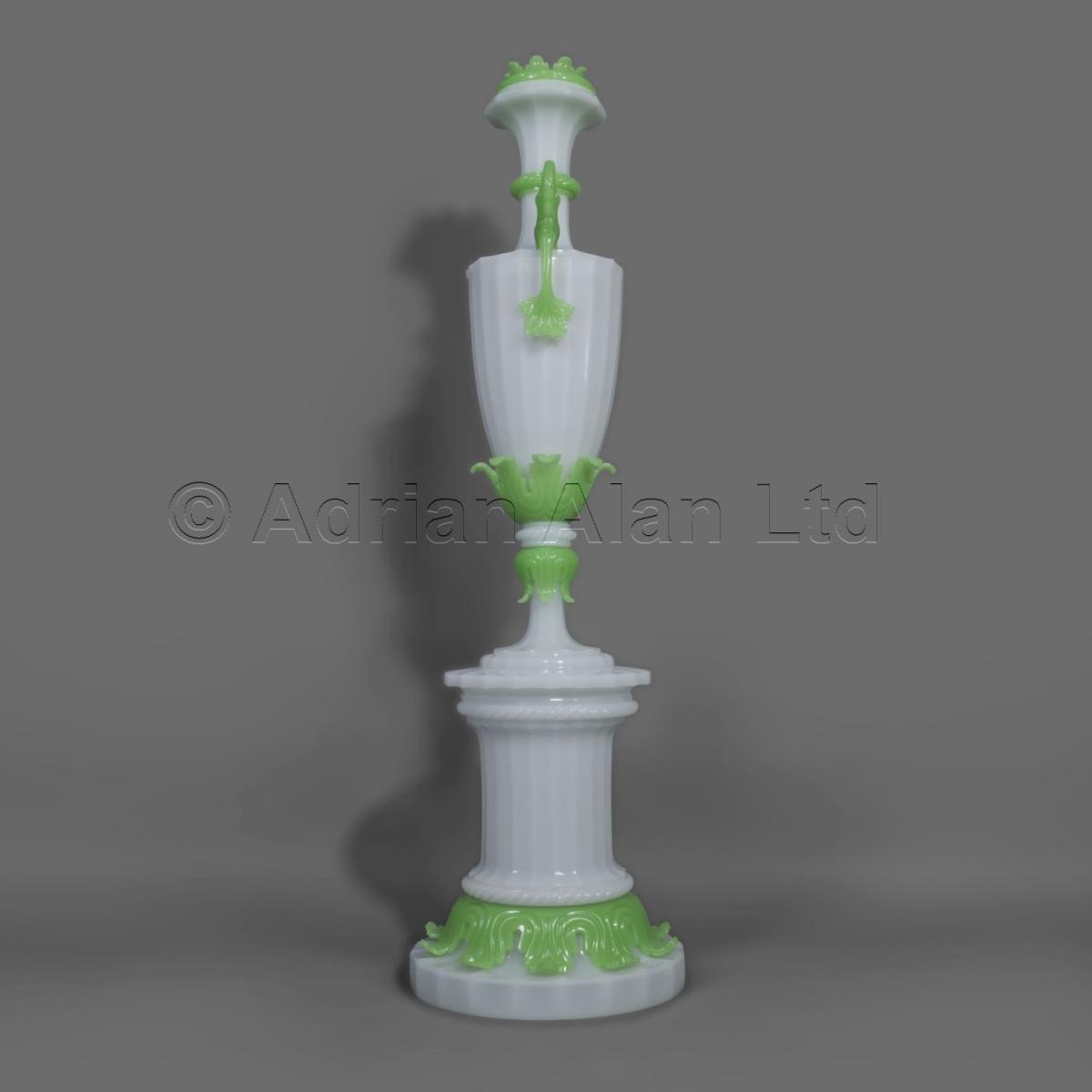 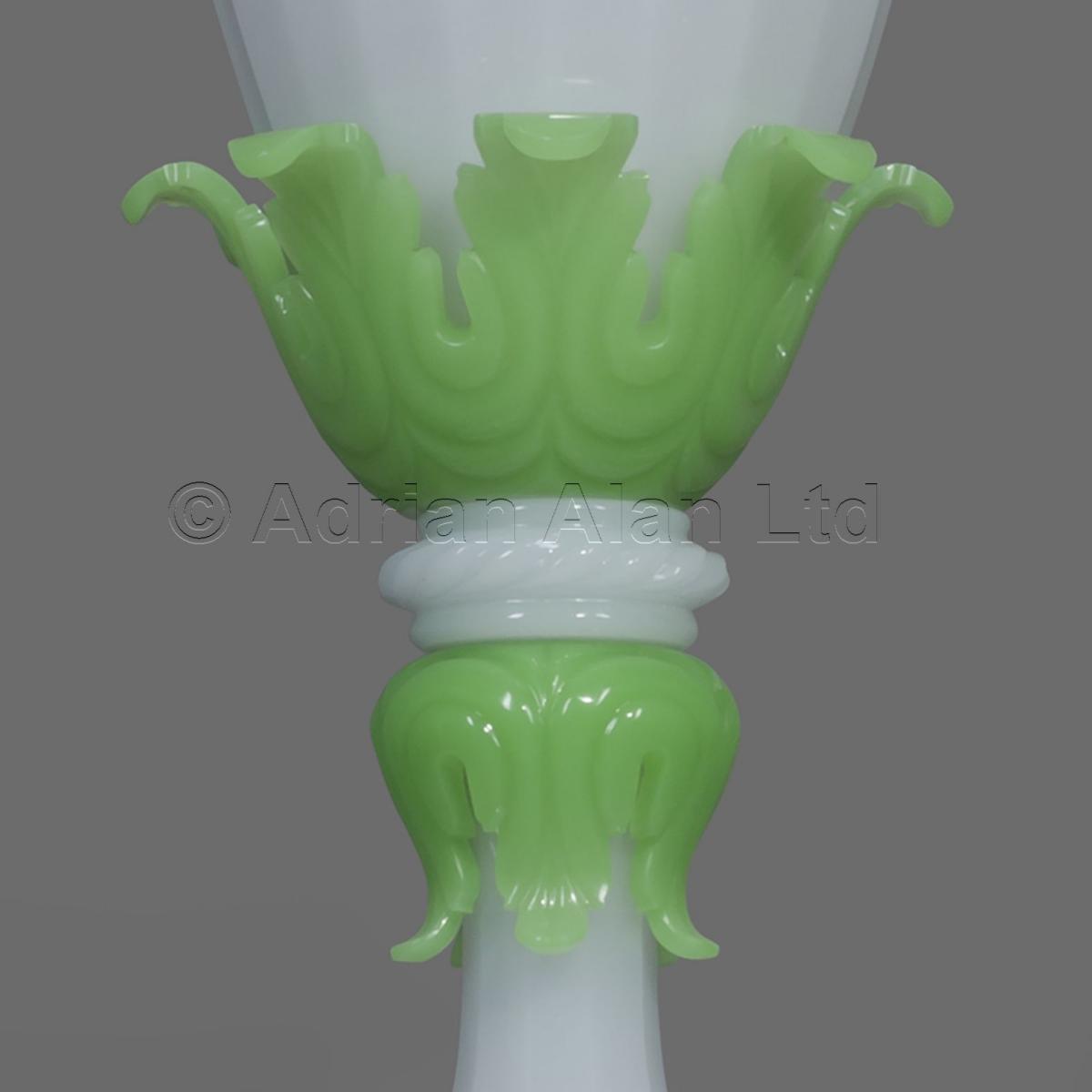 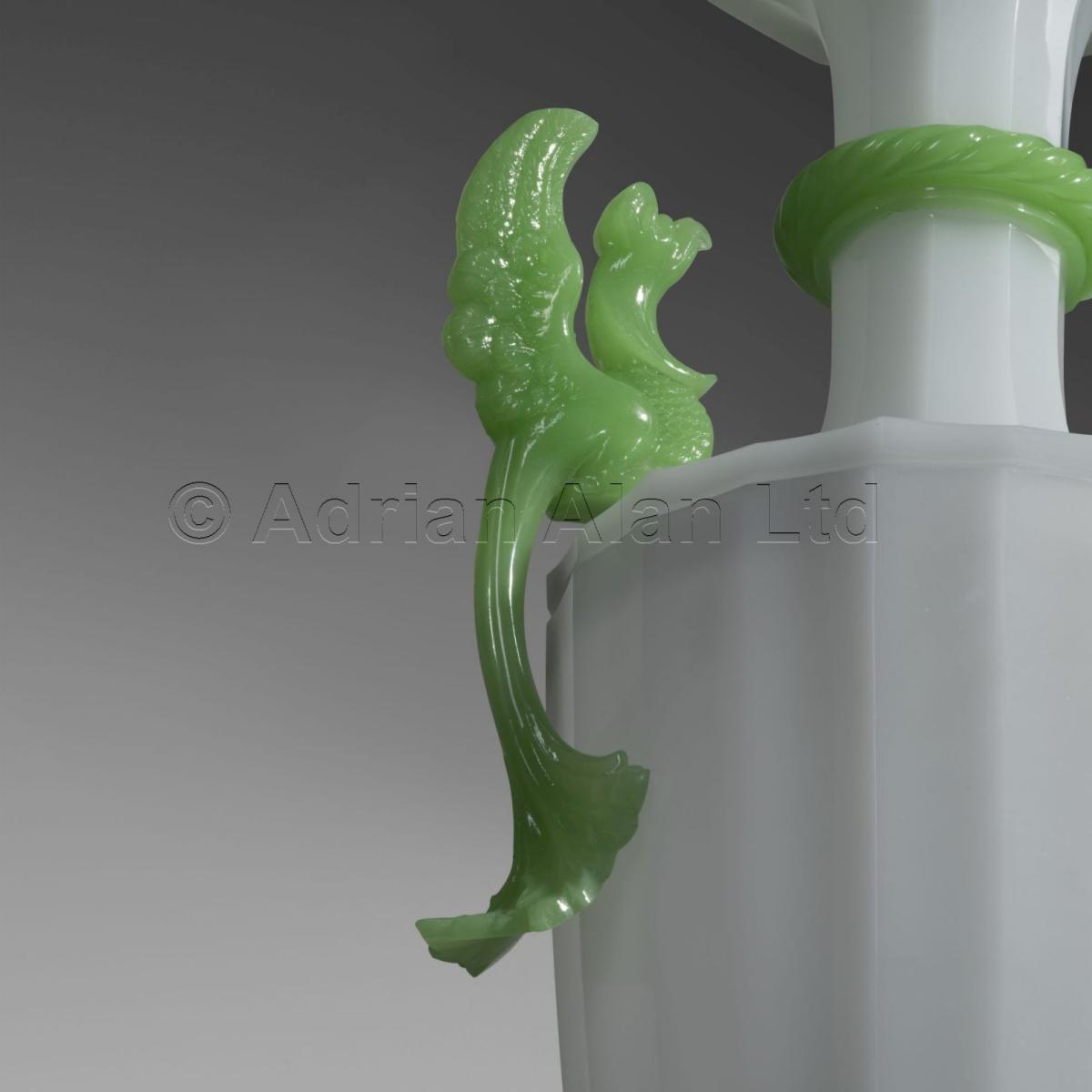 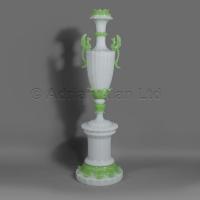 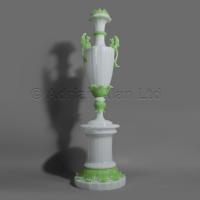 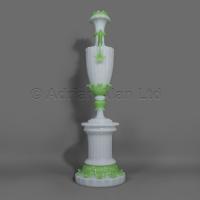 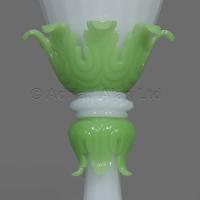 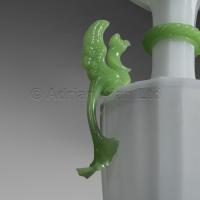 Standing at almost 54 inches (136 cm) this impressive vase is in white opaline glass with perching birds and foliate borders fashioned in jade green.

Opaline glass, or 'cristal d'opale', is formed from a type of lead crystal which is then coloured by the addition of lime or metallic salts.

The technique of creating an opaline type glass by the addition of tin oxide was known in Venice since the early sixteenth century, but it was in France, from the 1810s, that it began to be applied to a lead-based glass or crystal and reached the height of its popularity during the reign of Napoleon III.  Taking their sources from antiquity important glass manufacturers such as Baccarat, Creusot, Saint-Louis and Choisy-le-Roi began to make luxurious objects, employing metallic salts to create a myriad of colours.  Perhaps the best-known colour was the luxurious light pink or ‘le rose gorge-de-pigeon’, created by the careful addition of gold salts.  It is however the shades of jade green and yellow that our most highly prized by collectors because of their rarity.