The Huntsman's Terriers by John Emms 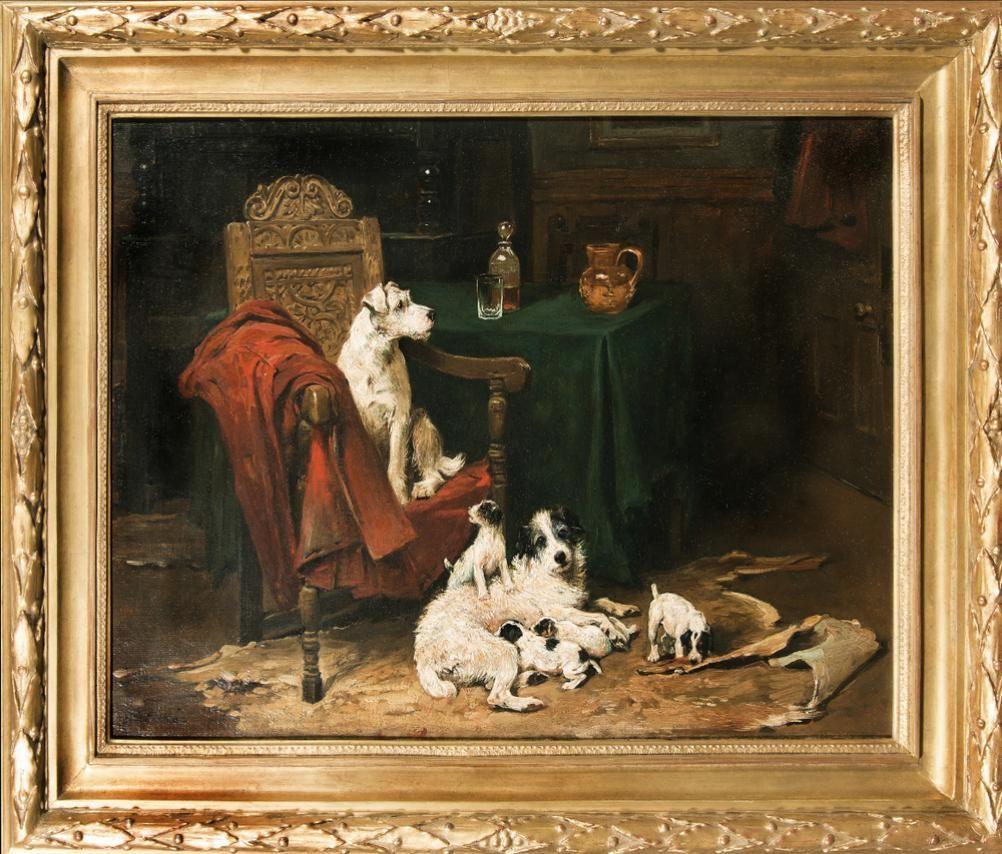 John Emms became Lord Leighton's assistant in Lyndhurst in 1872, but was already established as an artist of considerable talent in his own right, having exhibited his first painting at the Royal Academy in 1866.

He was to exhibit many more times at the Academy and also showed his work in Suffolk Street. A noted sporting and hunting enthusiast, John Emms received many commissions through his contacts made in the field, and to quote Sally Mitchell "...his dog pictures are outstanding" (ref. The Dictionary of British Equestrian Artists).

Famous for his dress and somewhat Bohemian lifestyle, John Emms worked from a studio in London until the mid 1880s, when he returned to Lyndhurst and bult a large House in Queens Road called “The Firs”. He died on 1 November 1912, aged 71, and is buried in Lyndhurst Cemetery. 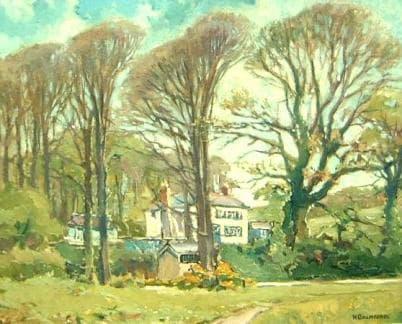 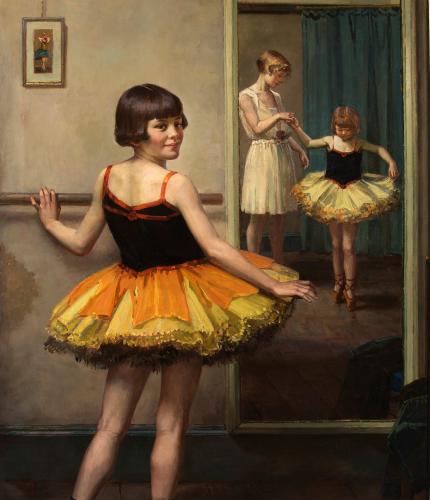 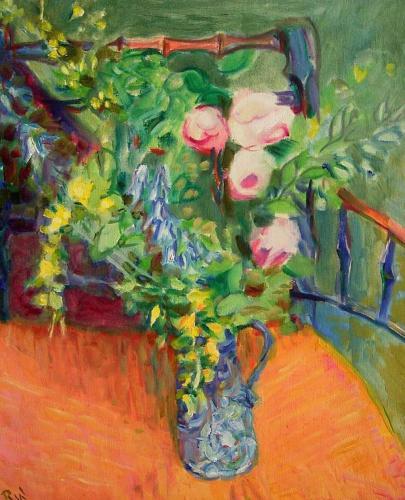 Ron Weldon, Still life with flowers in a blue jug
John Noott Galleries
View all from this dealer