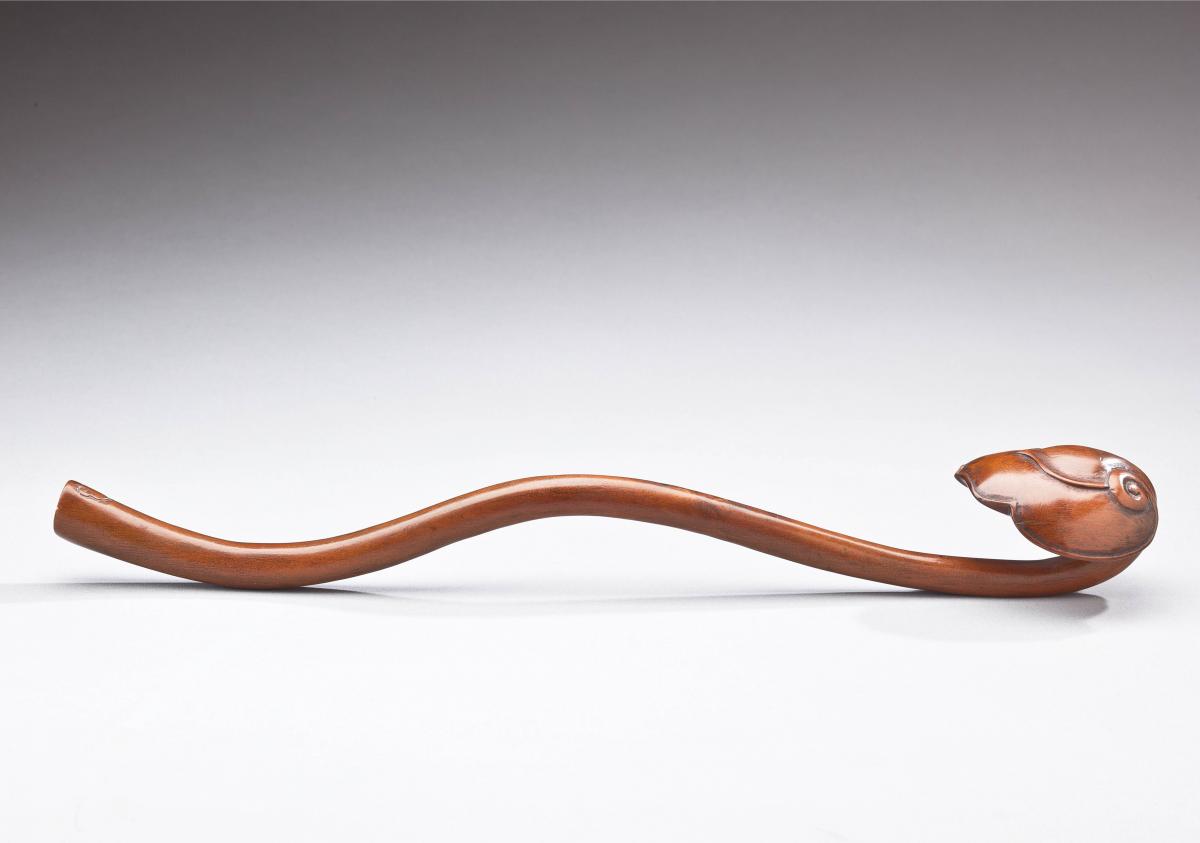 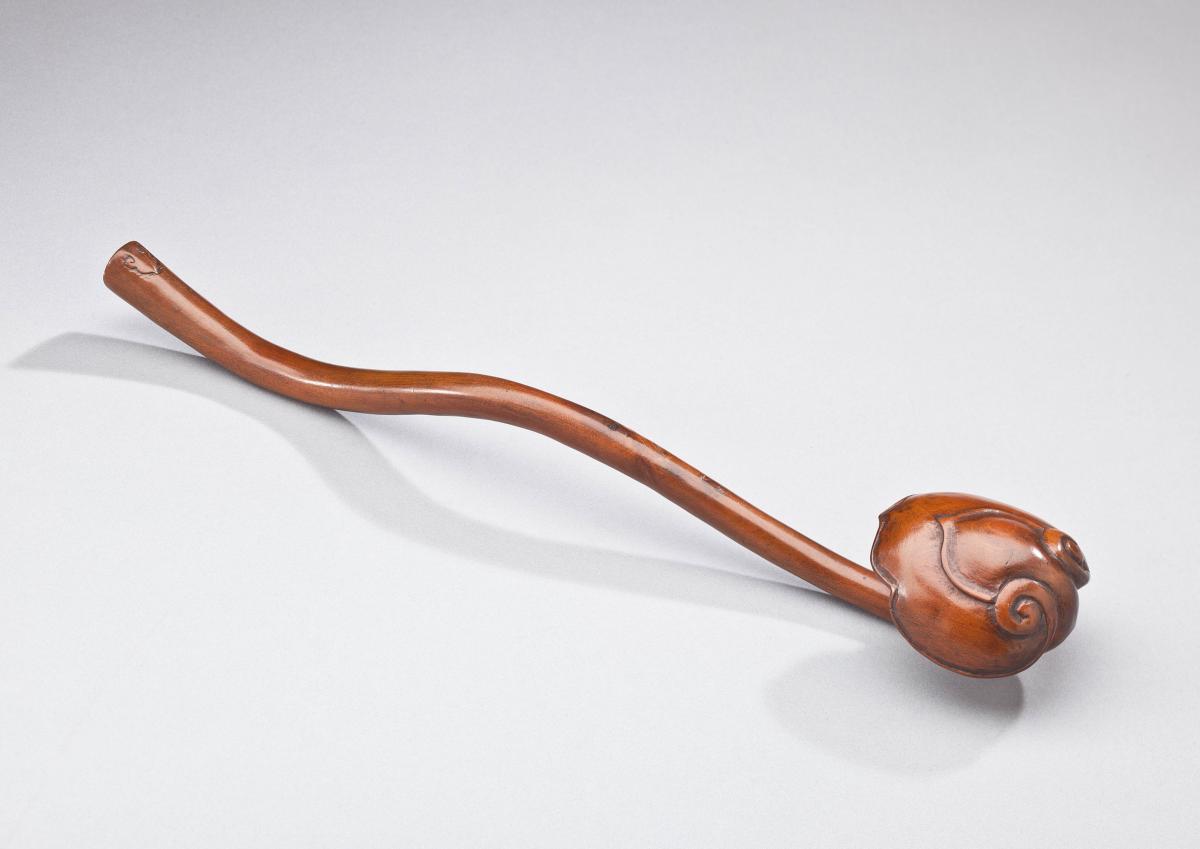 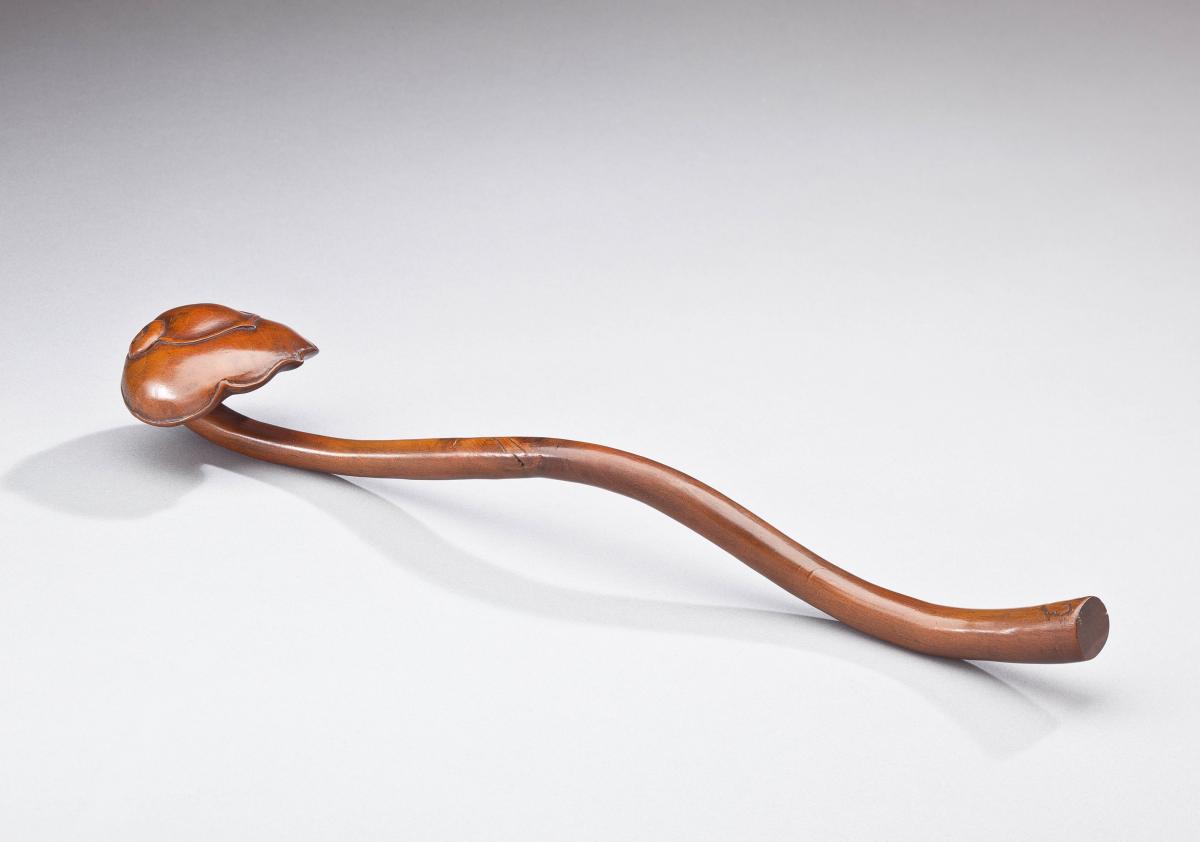 A delicately proportioned huangyangmu (boxwood) ruyi sceptre, the curved handle with an incised ruyi shape on the bottom, the reverse of the handle thumb moulded design which continues up into the ruyi shaped head.

The origin of the ruyi sceptre is obscure although most of the later representations take this form of lingzhi fungus. A sceptre like object, held in the hand, is seen frequently from the earliest period in China and gradually develops into the ruyi form. According to the, ‘Encyclopedia Sinica’, the 13th century writer Zhao Xigu believed that they were originally made of iron and used to point the way and for self defence. Over time the a ruyi sceptre became associated with the lingzhi fungus and its Daoist longevity symbolism, thus making it an ideal gift, especially for birthdays, but also as a token of the wish ‘what one wants’ (ruyi). A ruyi might be carried around as an elegant and auspicious plaything giving a symbol of authority to its owner, who, if he were Confucian, would imply that he held a certain place in the hierarchy of things and thus be a symbol of authority, while if he were Daoist it would represent detachment from mundane affairs. 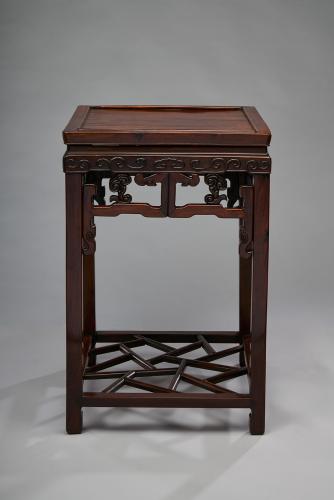 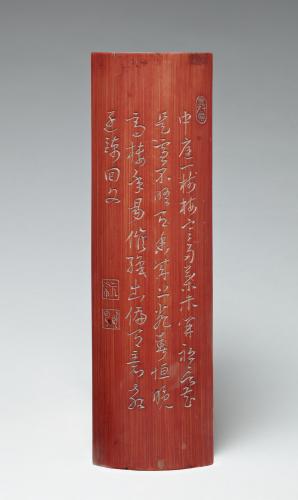