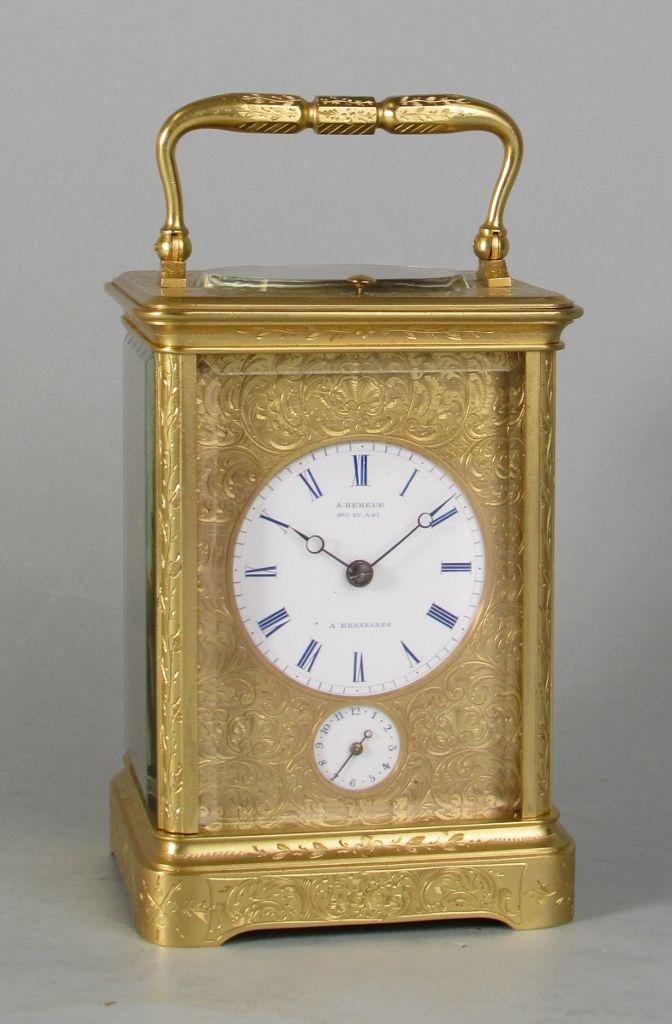 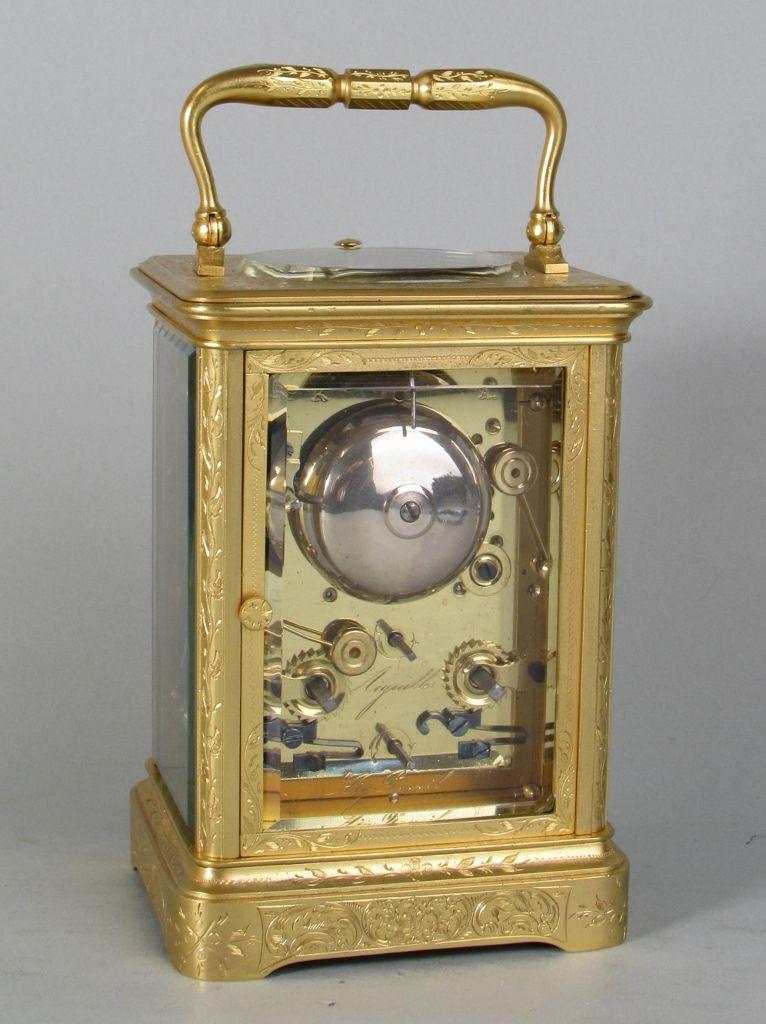 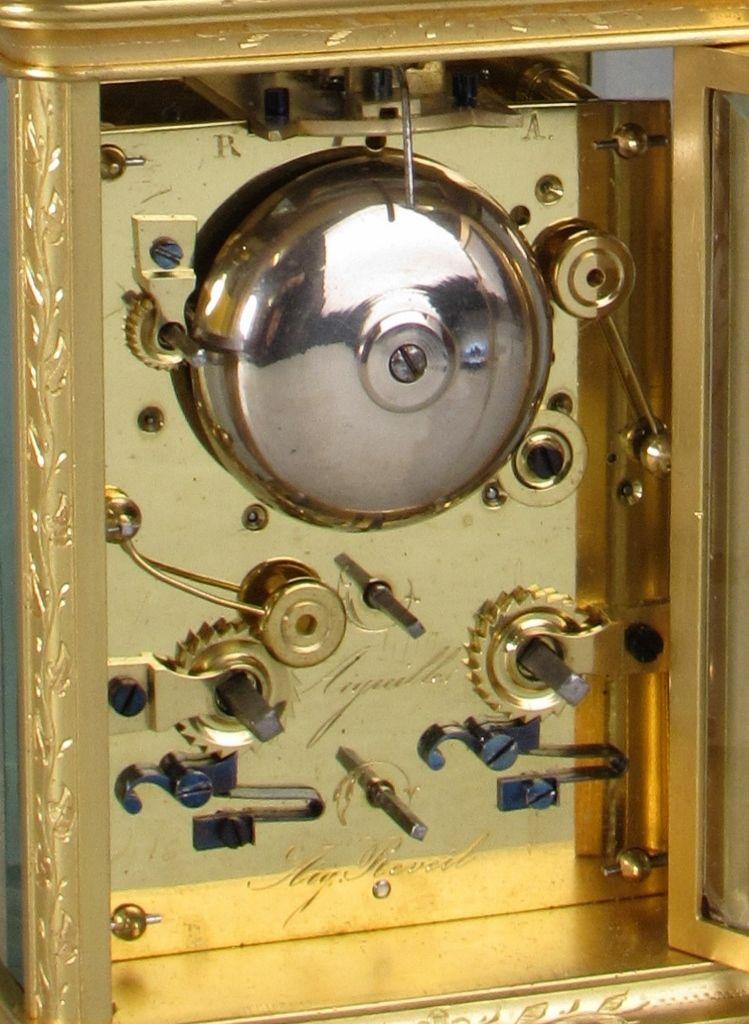 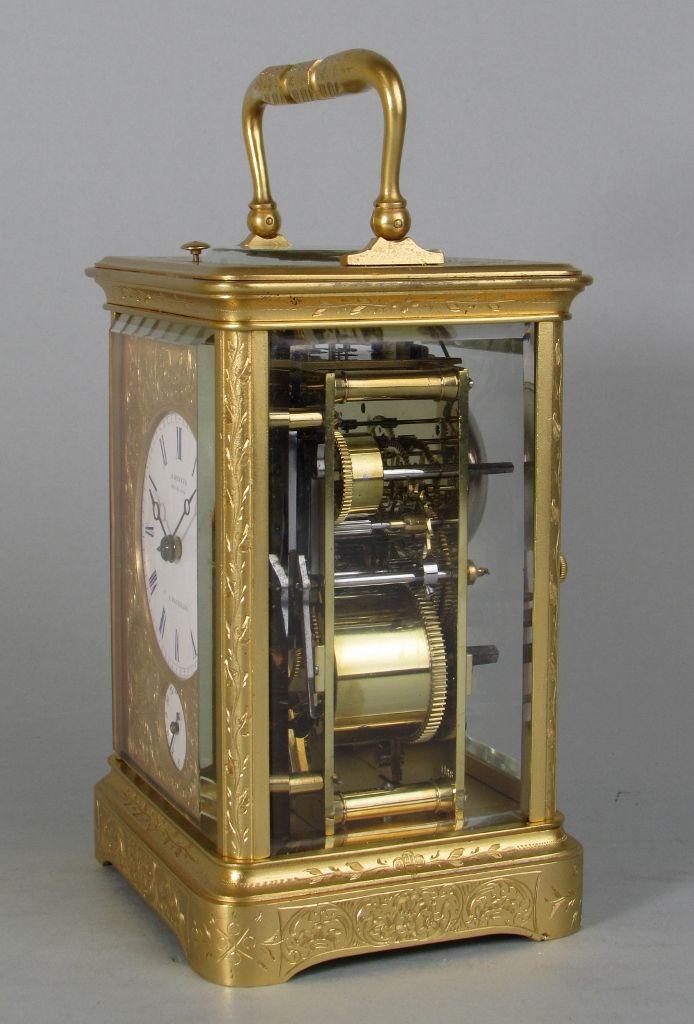 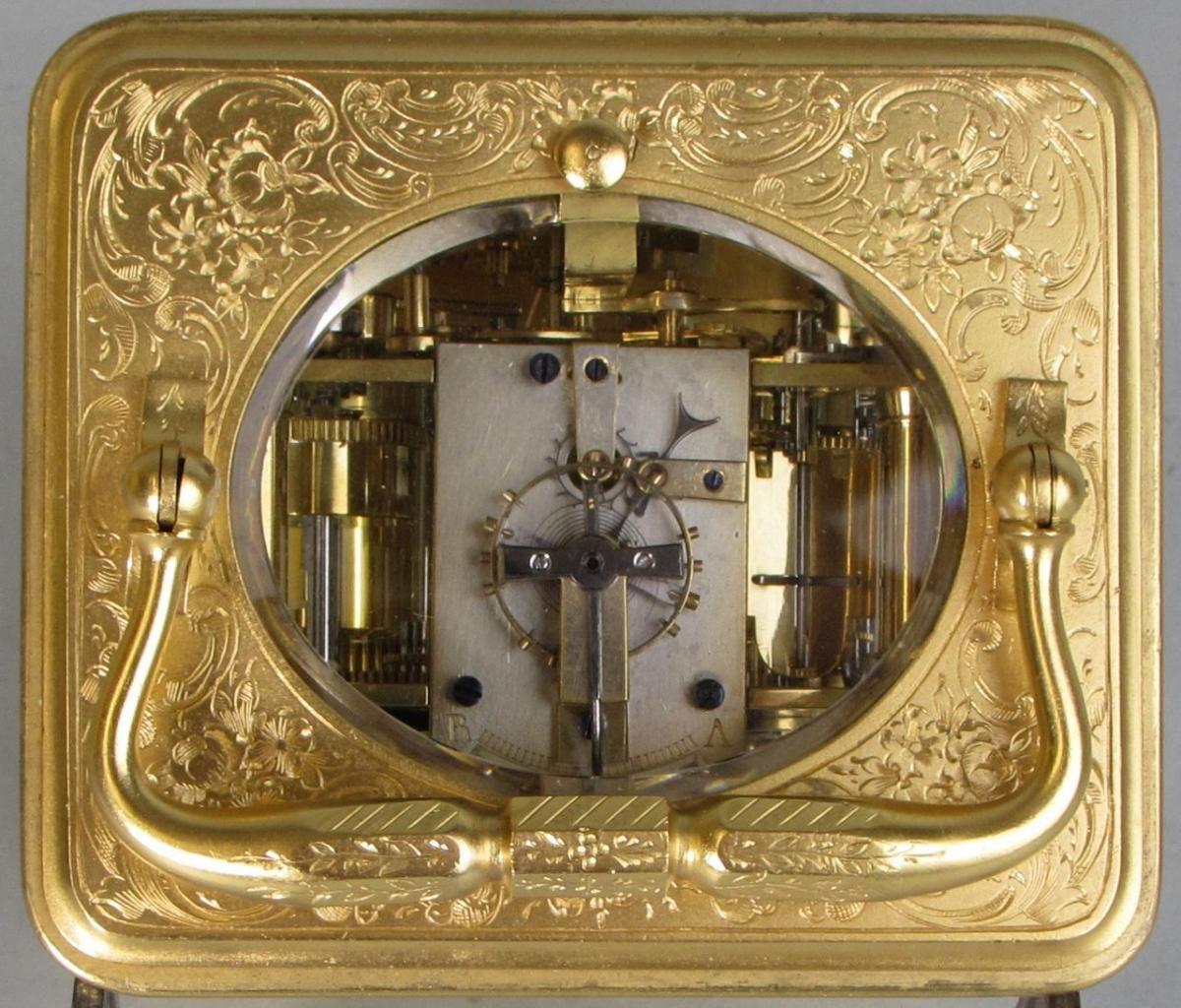 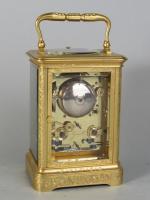 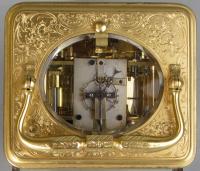 A finely engraved Corniche carriage clock signed for Demeur à Bruxelles. The eight-day duration movement strikes the hour and half-hour on a bell with a repeat button to the top allowing the hour to be struck at will, with the alarm sounding on the bell. The silvered platform lever escapement has a club-tooth balance. Although the backplate of the movement is unsigned, the frontplate is stamped with the initials H.L. for the maker of the blanc roulant, and quite probably the complete clock, Holingue frères, along with their serial number 10962, along with the clock serial number 1188. The white enamel dial has blue Roman hour numerals, blued steel moon hands, and is signed A. Demeur à Bruxelles, Hor du Roi, (Clockmaker to the King), and has a finely engraved gilded masked surround.