HMS Zealous Plan of the Battle of the Nile 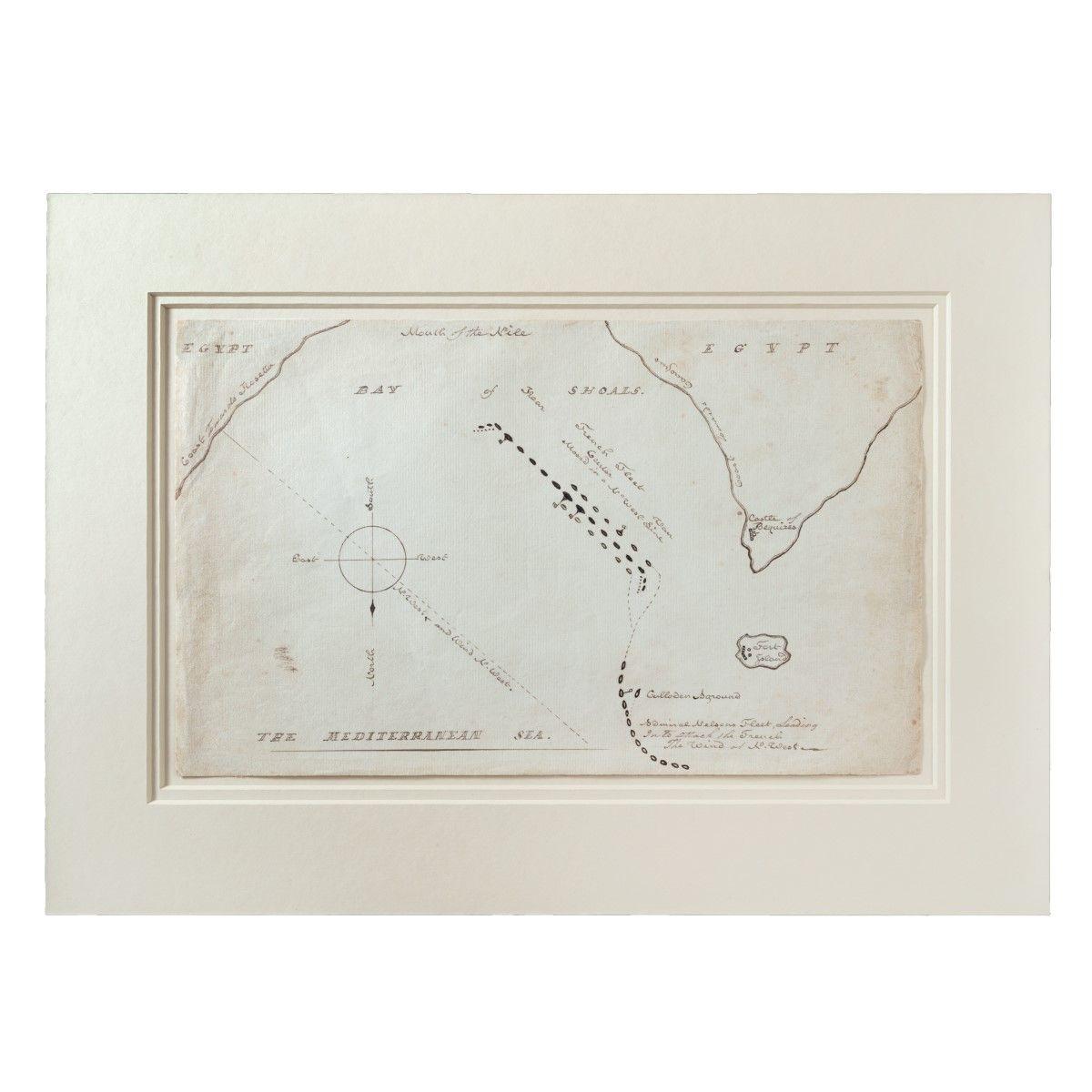 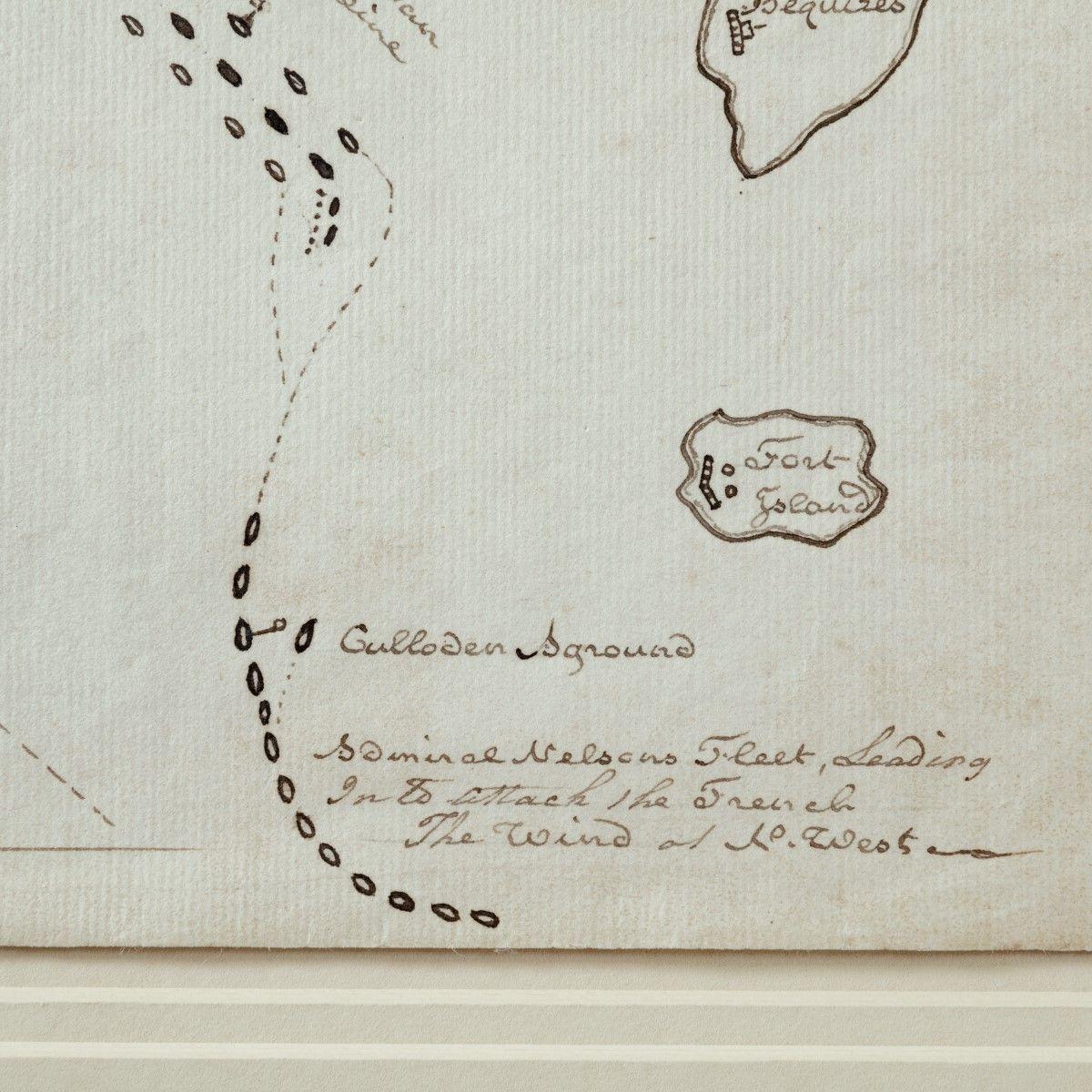 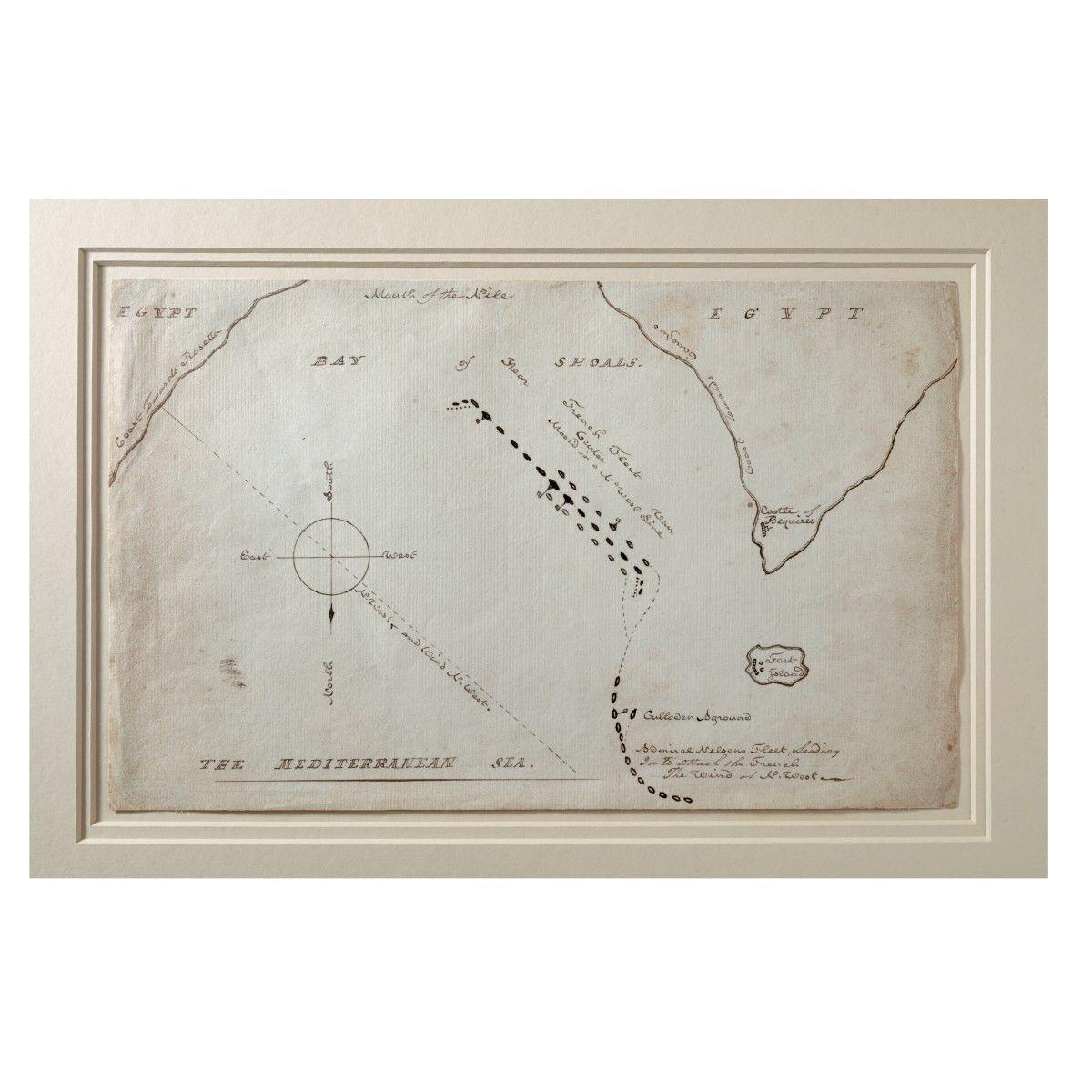 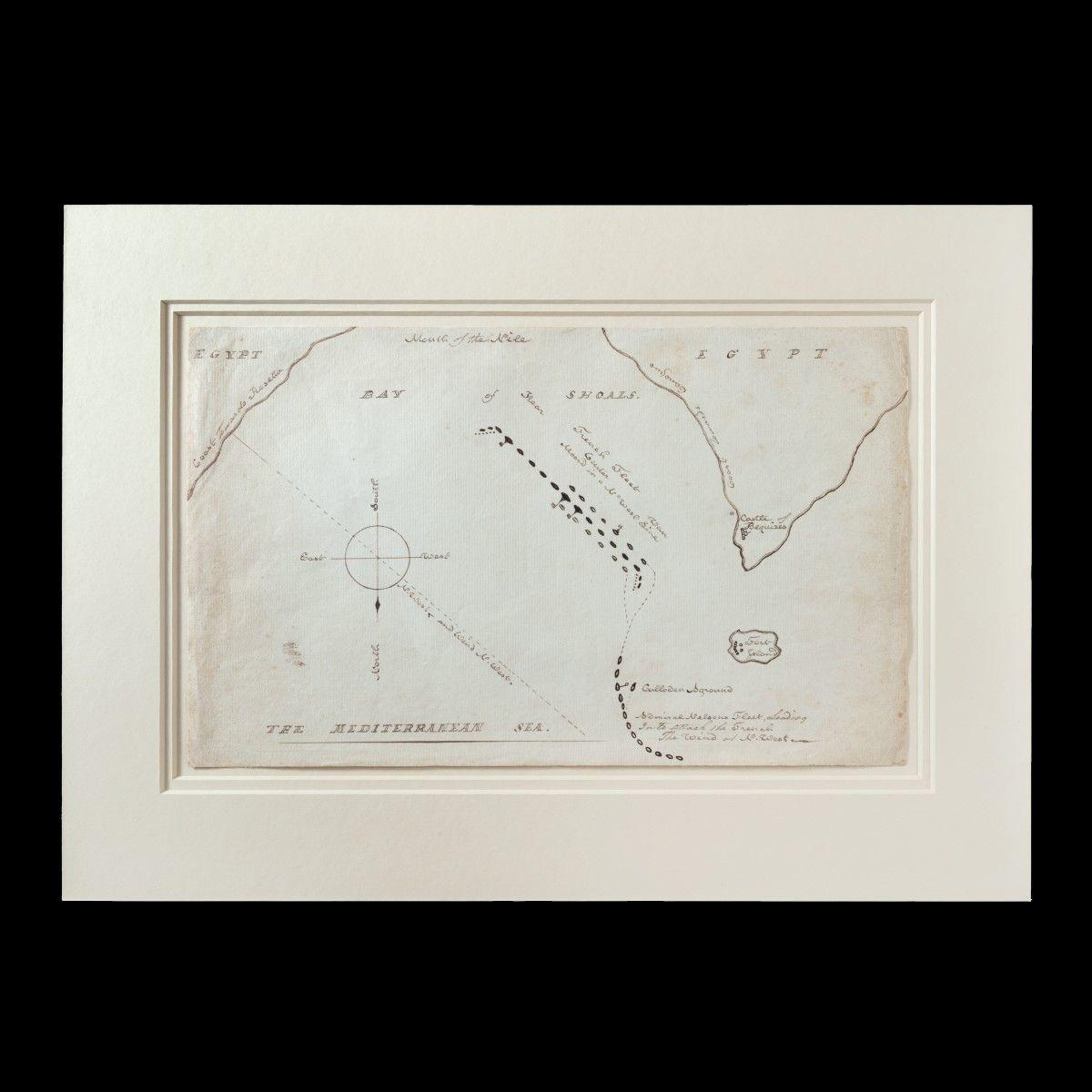 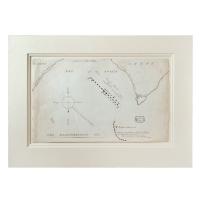 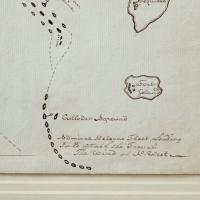 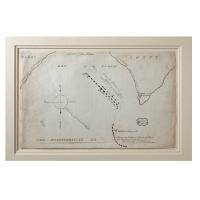 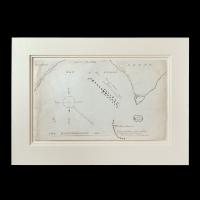 During the action, Zealous overcame the French Guerrier before pursuing two undamaged enemy ships as they escaped. Hood was subsequently charged by Nelson with maintaining the blockade of the Egyptian coast, difficult and stressful work which nevertheless cut off Napoleon’s army and ensured the re-conquest of Egypt in 1801.

Hood later served in the West Indies and at the Battle of Algeciras in September 1805 during which he was struck by a musket ball necessitating the amputation of his right arm. In 1811 Hood, by now vice-admiral and a baronet, was made Governor of Madras where he died of fever on Christmas Eve 1814.

The annotations on this plan match the clerk’s hand used for the muster book in Zealous from August to September 1798; as well as for a number of letters sent by Samuel Hood to Nelson following the Battle of the Nile (see, for example, British Library Add Mss 34909 f32).

Similar plans are known to have been prepared for Captain Alexander Ball of HMS Alexander (see Lot 62, Trafalgar: Nelson And The Napoleonic Wars, Sotheby’s London, 5 October 2005; plan published 1812), for Captain R.W.Miller of HMS Theseus (published, 1802) and for Captain Edward Berry of HMS Vanguard (published, 1798). The newly-discovered plan for Zealous, however, is unknown and offers a fresh eye-witness insight into Nelson’s famous victory.

1 page, foolscap, [undated 1798], ink on paper, apparently unpublished. Later mounted, in fitted leather case. Prepared on board HMS Zealous for Captain Samuel Hood following the battle of the Nile and depicting the ‘Bay of Shoals’ at the mouth of the Nile with coastal fortifications and batteries including the ‘Castle of Bequires’ [Aboukir] and ‘Fort Island’ (now Nelson’s Island).

A compass describes the wind position during the action. The plan shows the British squadron in two positions: ‘Admiral Nelsons Fleet, leading in to attack the French’ who are ‘Moor’d in a line’, and then the initial engagement. The ships are shown in detail with the British and French flagships clearly identified. Culloden, Captain Troubridge, is seen heading for the shoals where the ship was grounded at the outset.

Provenance: Provenance: Collection of Admiral of the Fleet Roger Keyes (1872-1945).

With two older brothers in the Royal Navy and related to two admirals – Samuel Hood, Viscount Hood (1724- 1816) and Alexander Hood, Viscount Bridport (1726- 1814) – Samuel Hood (1762-1814) was destined for a life at sea. During a 38-year naval career, he spent only three years not on active service. Commanding Zealous, 74 guns, at the Battle of the Nile, Hood led Nelson’s squadron into Aboukir Bay taking soundings as he went.