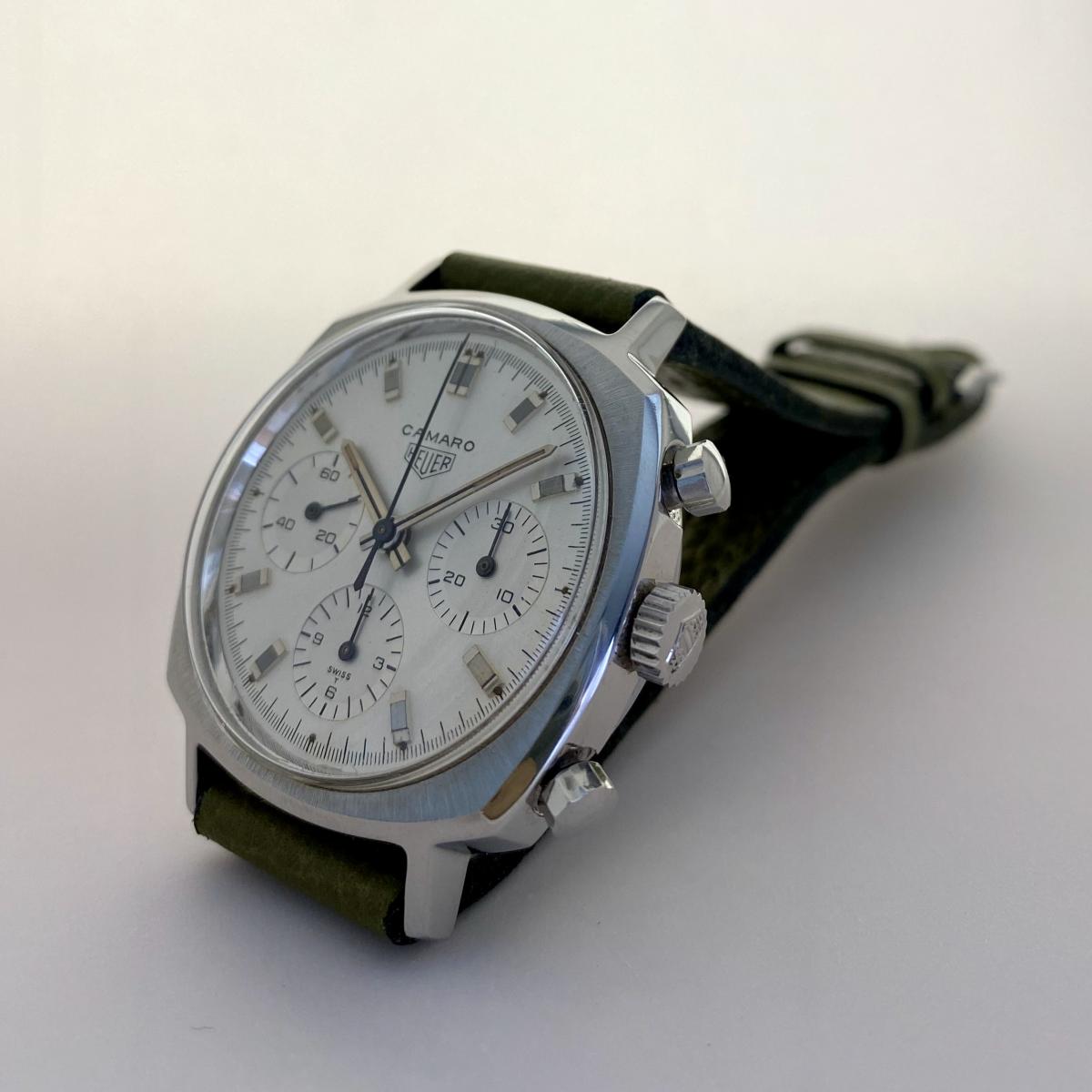 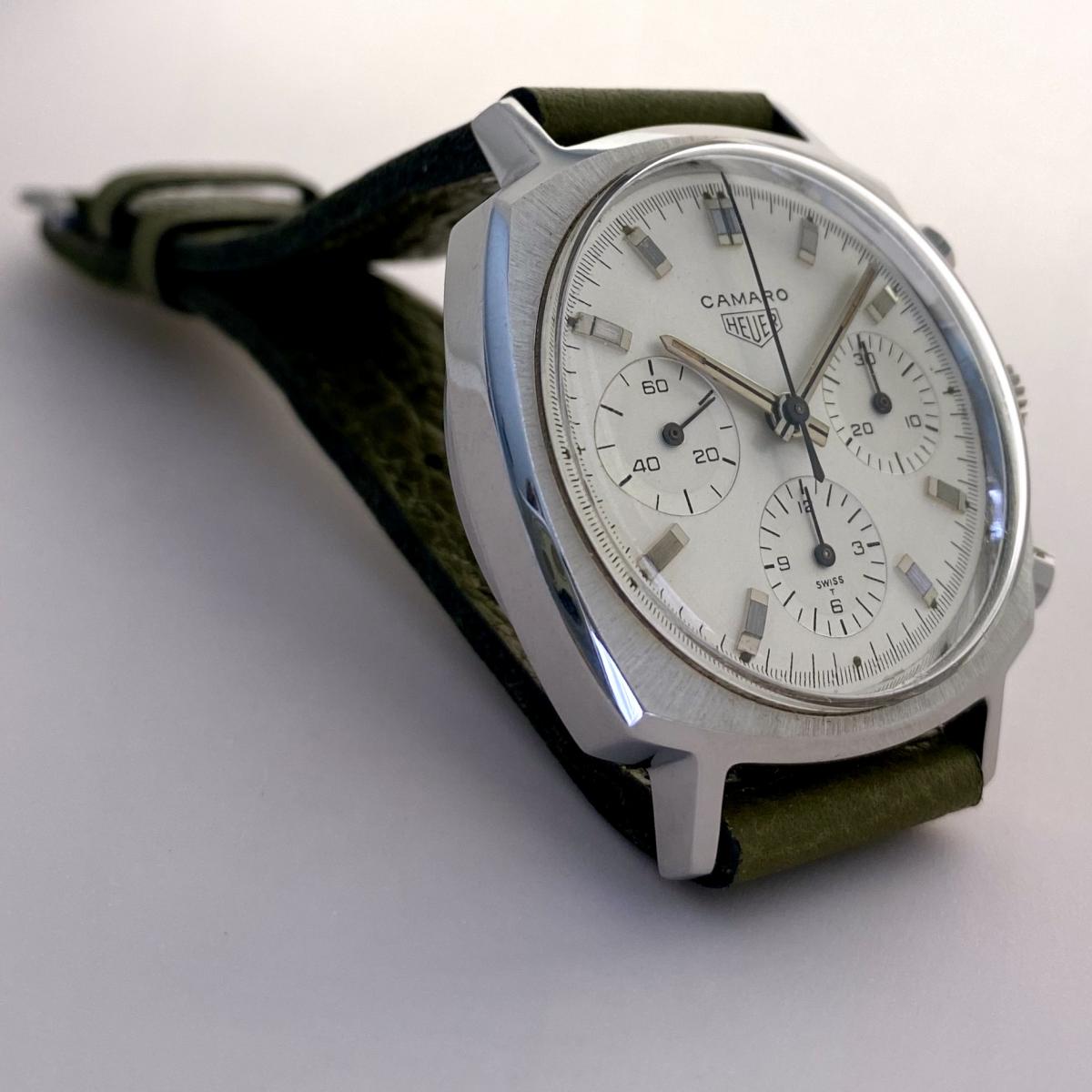 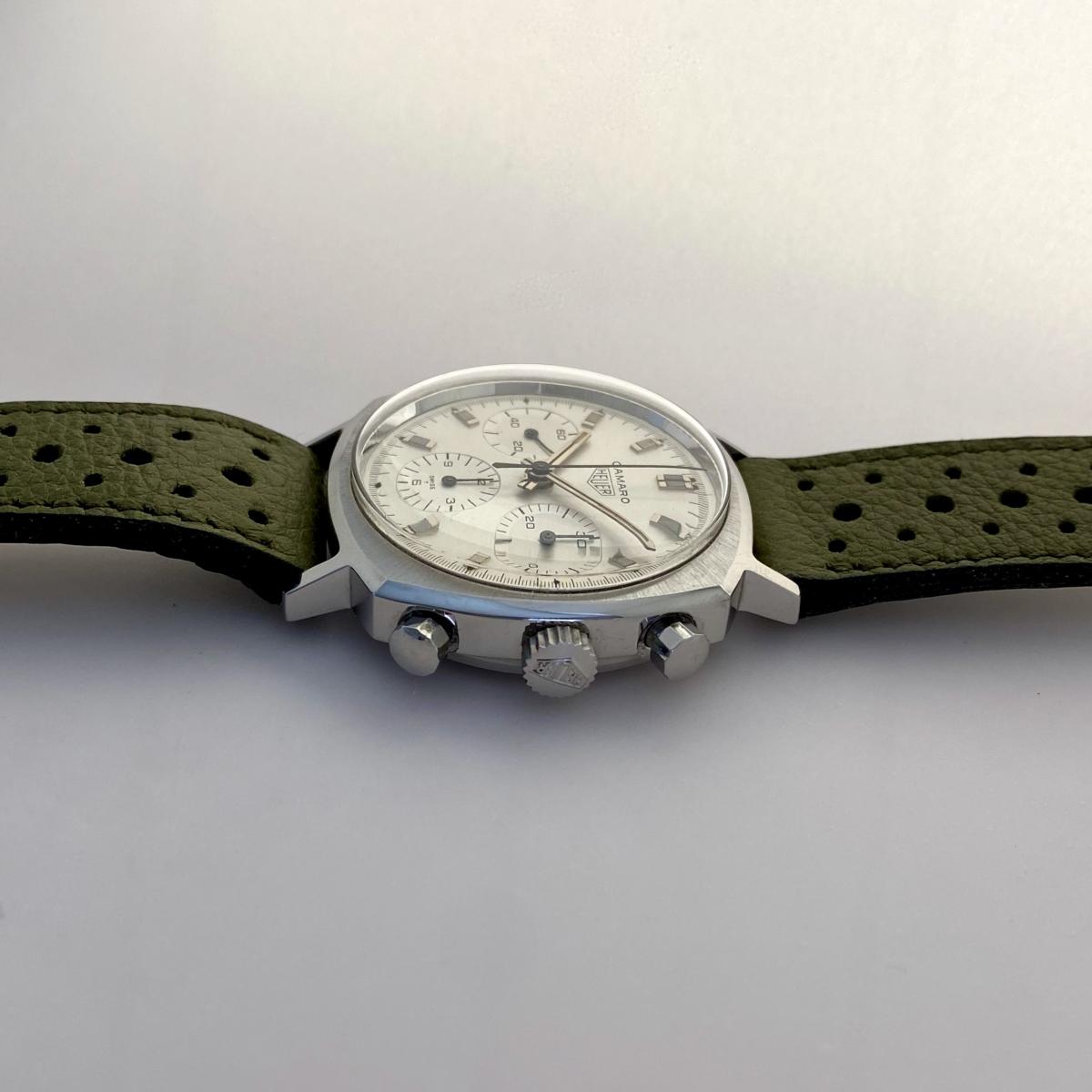 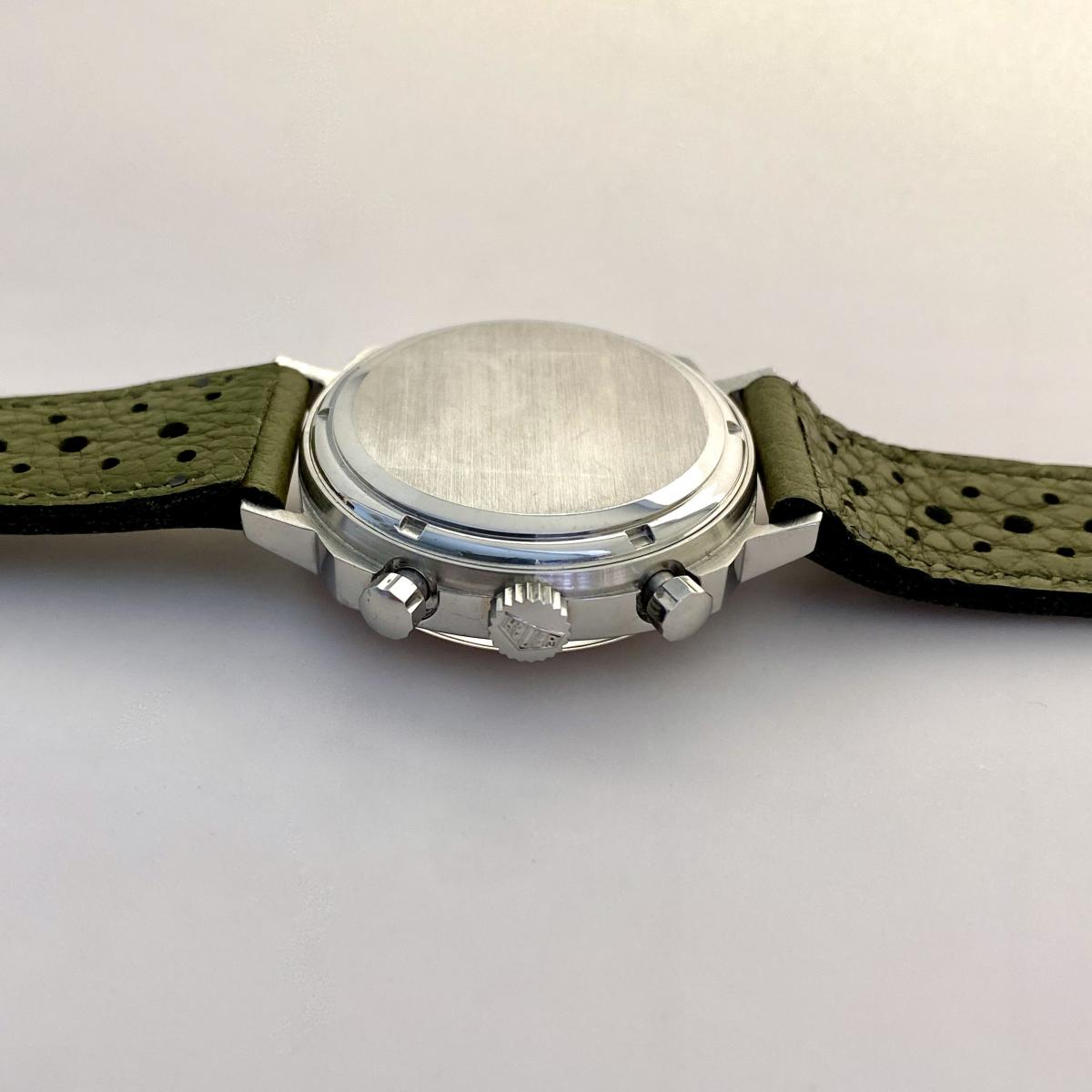 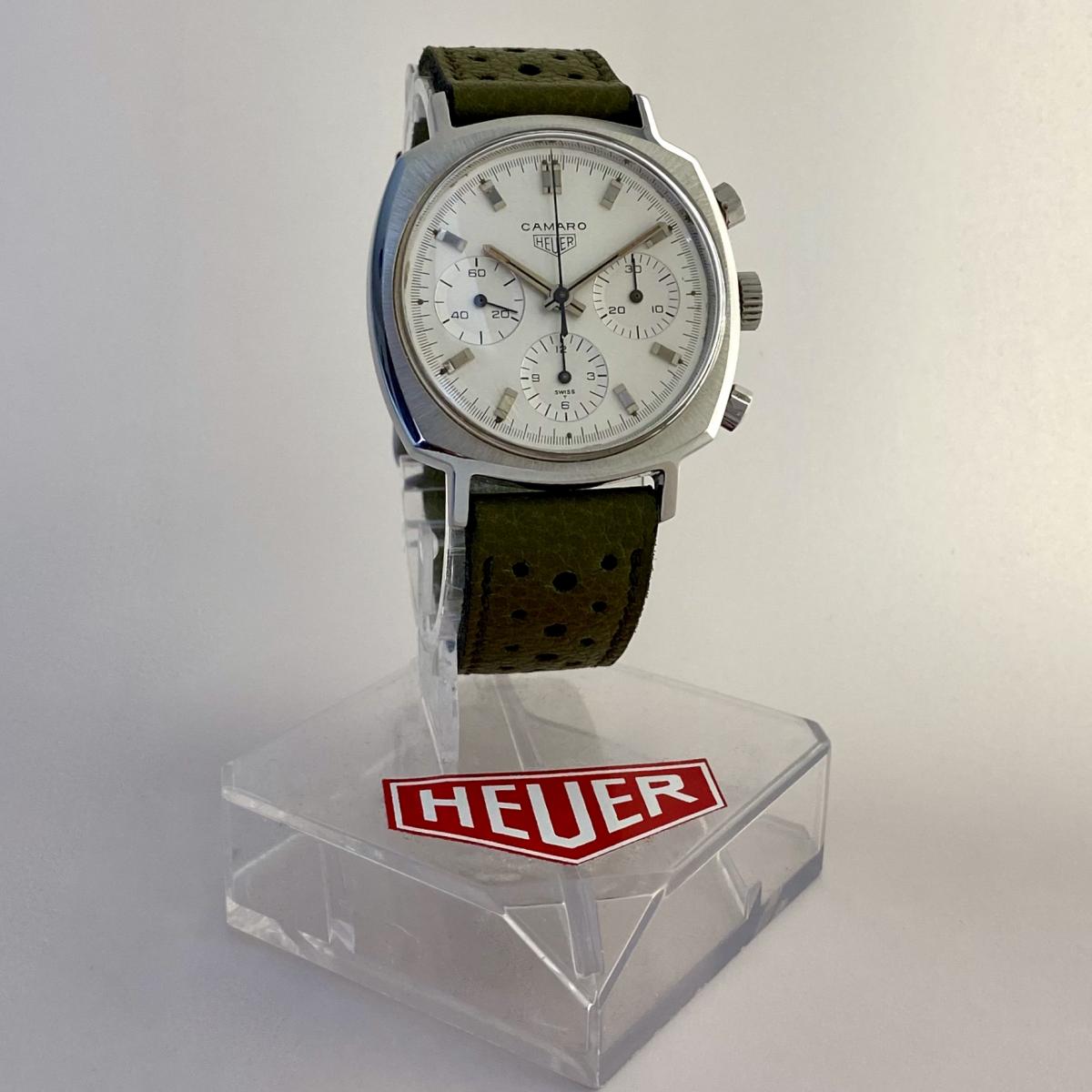 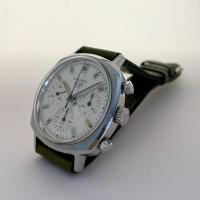 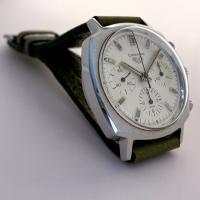 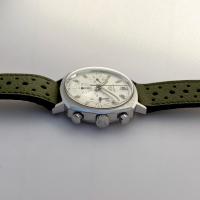 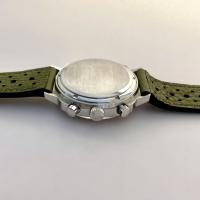 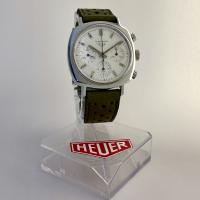 Heuer Camaro in a steel case with manual wind movement. Silver coloured dial with a second, minute and 12hour recording, dated c 1970. Camaros had a concise production run and were only produced from 1968 to 1972.

In the 1960s, a new trend hit the motor industry in the US called "Muscle Cars," and the idea was to put powerful, high displacement engines in midsize cars. These cars were enormously successful, and Chevrolet reacted quickly and developed the Camaro for this new market segment.
From 1967 to 1969, the Chevrolet Camaro was elected the Indianapolis 500 pace car. Heuer, in line with its association with the motorsport industry in general and the car racing in particular, named their new chronograph "Camaro".

It is an excellent overall condition, powered by the Valjoux 72 movement, the same as Rolex used initially for their Rolex Daytona models. Paul Newman's Daytona was sold in October 2017 for $17.1 Mio. This Camaro has the same movement but is considerably cheaper. 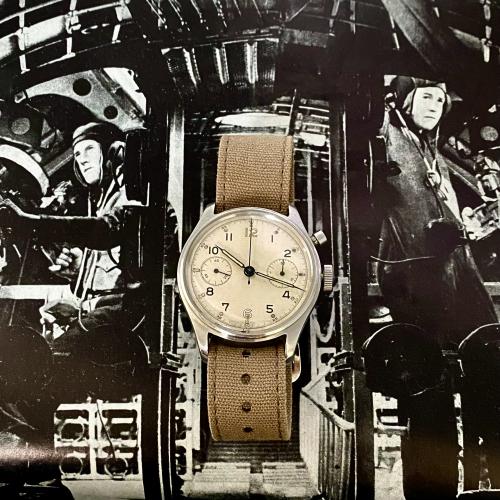 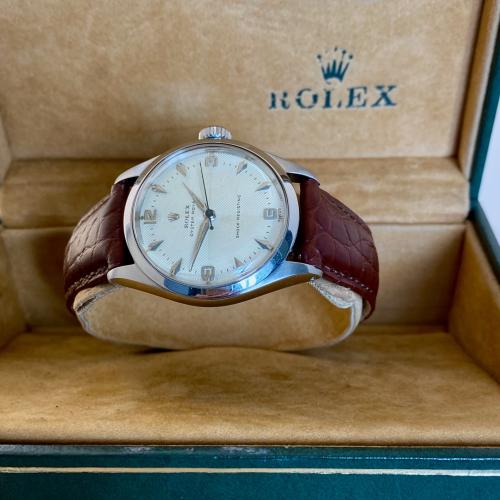 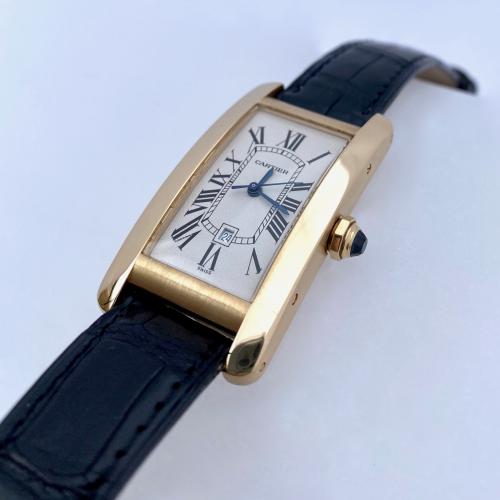