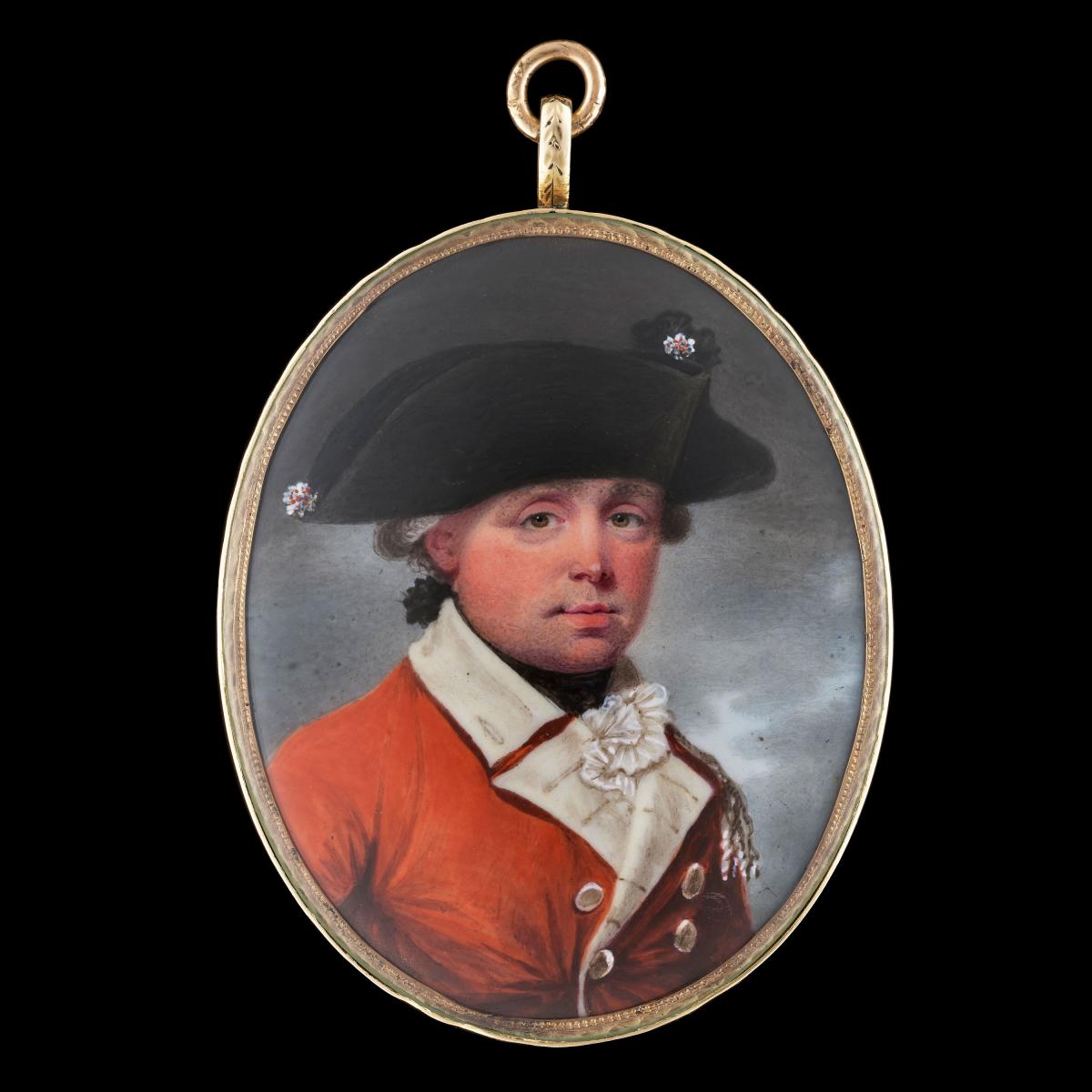 This portrait of an officer by Henry Spicer is one of the most vibrant and complex enamels by this artist. The natural rendering of the falling epaulette, the variety of colours and strokes used to build up the contours of the sitter’s face and the darkening sky behind show Spicer working at the height of his powers.

Henry Spicer commenced his career studying under the miniature painter (and enamellist) Gervase Spencer. Between 1765 and 1783 he exhibited at the Incorporated Society of Artists and became the society’s secretary in 1773. From 1774 he exhibited at the Royal Academy of Arts where Joshua Reynolds had been President since 1768 and where he would later exhibit a portrait enamel taken in the year of Reynolds death (1792).

By the time he painted the present enamel, Henry Spicer was the Prince of Wales’s official ‘Painter in Enamel’ (1789) but he also held longstanding connections with the theatre (the Garrick Club collection holds a series of portraits, attributed to Spicer, of the ‘School of Garrick’ – a weekly dining club which began meeting in the late 1760s). He was also well connected in the artistic community, counting George Stubbs and fellow miniaturist Ozias Humphry among his friends. After Spicer’s death, Humphry lodged with Spicer’s widow until his own death in 1810.

Spicer seems to have been at the centre of the artistic and theatrical establishments in the later 18th century – his connections with royalty and nobility serving him well in terms of important commissions. He seems to have been a careful and slow worker in enamel, as his works in this medium are somewhat rare. Spicer suffered from ill health some years before his death at the age of sixty-one, at Great Newport Street, London. Both his daughters went on to become artists and exhibited at the Royal Academy in their father’s footsteps.