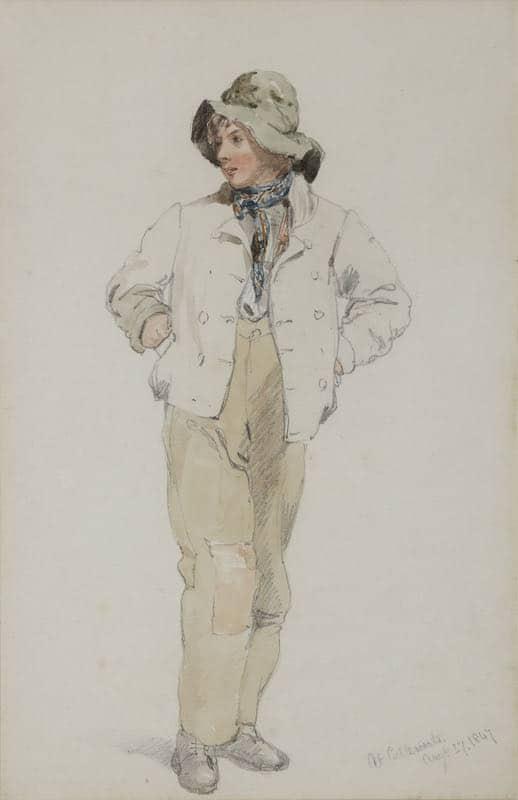 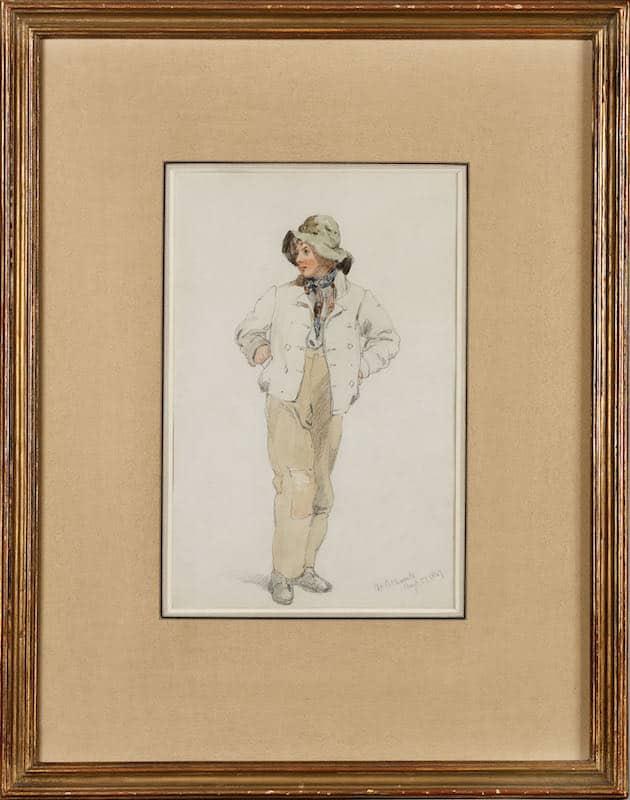 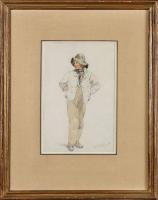 Inscribed and dated l.r.: At Cullercoats/Augt. 27.1847, watercolour over pencil.

Parker's specialised in portrait and genre paintings and in the 1820s he became one of the best-known artists in Newcastle, his work popularised through mezzotints. He helped establish the Northern Academy for the Arts.

Parker showed at the Royal Academy and the British Institution and coastal pictures with fisherfolk and smugglers were subjects which he liked to paint.

He usually drew watercolour sketches from nature and used them to work up his oil compositions. The present drawing would appear to be one of these.

He taught on and off throughout his life, moving to become drawing master at the Wesleyan Proprietary Grammar School in Sheffield and later moved to London. Little is known about his years in the capital. An exhibition of Parker's work was held at the Laing Art Gallery in Newcastle in 1969.

Cullercoats was a small fishing village up the coast from the mouth of the Tyne. From the 1820s artists from Newcastle drew and painted the fishermen and the local area. It remained popular with artists and is perhaps most commonly associated with the great American watercolourist Winslow Homer (1836-1910). 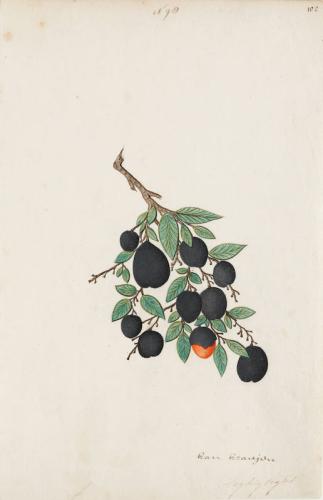 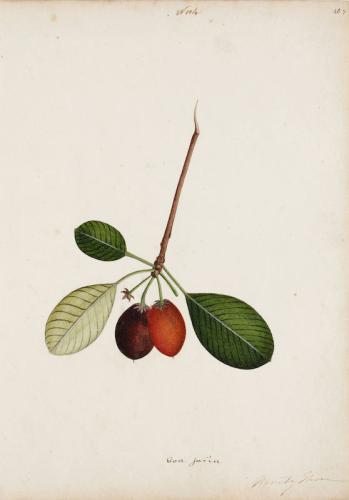 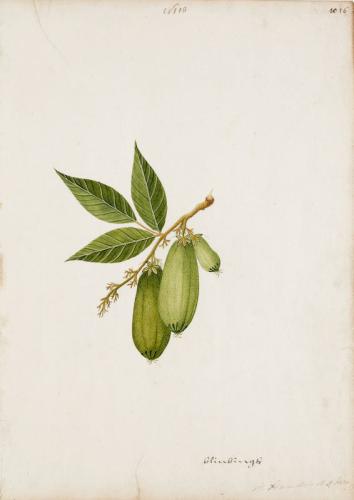 Berlimbing
Karen Taylor Fine Art
View all from this dealer