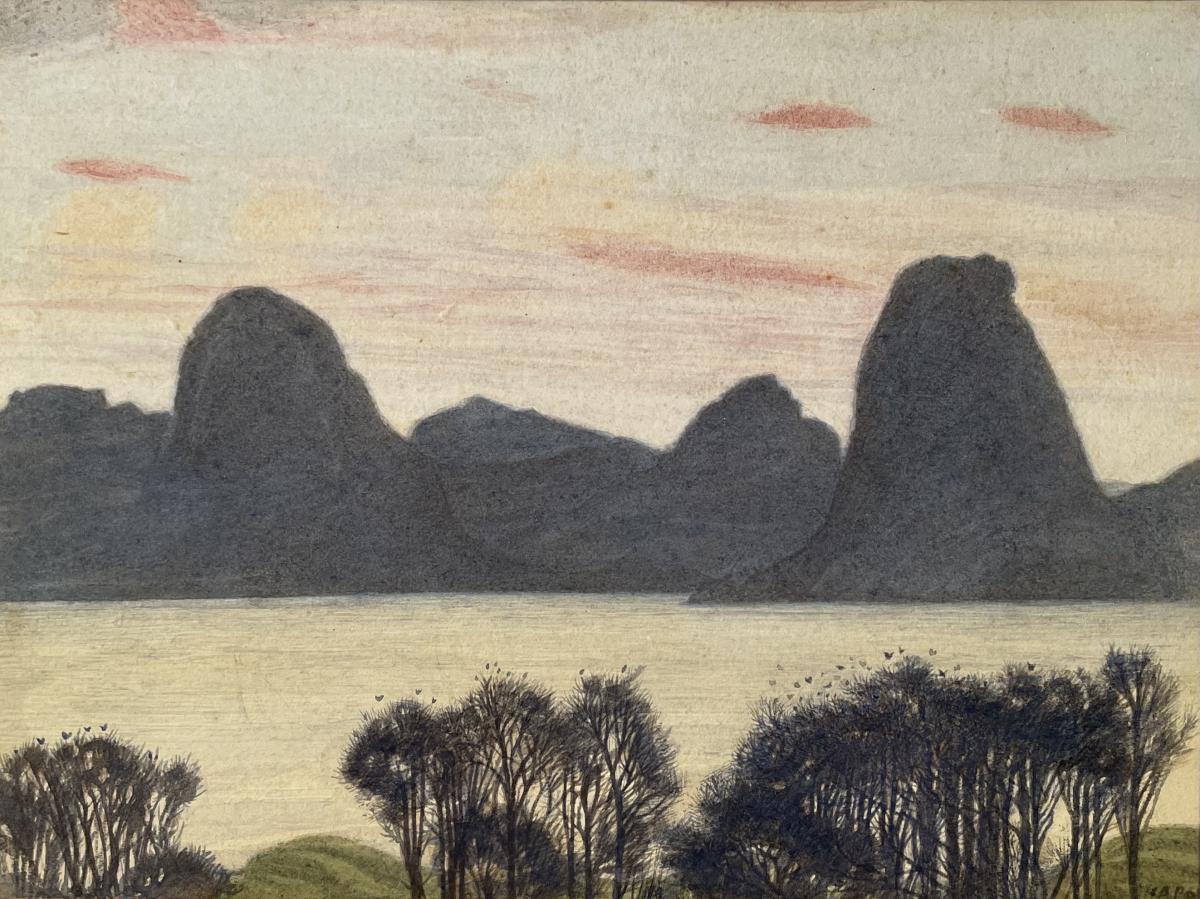 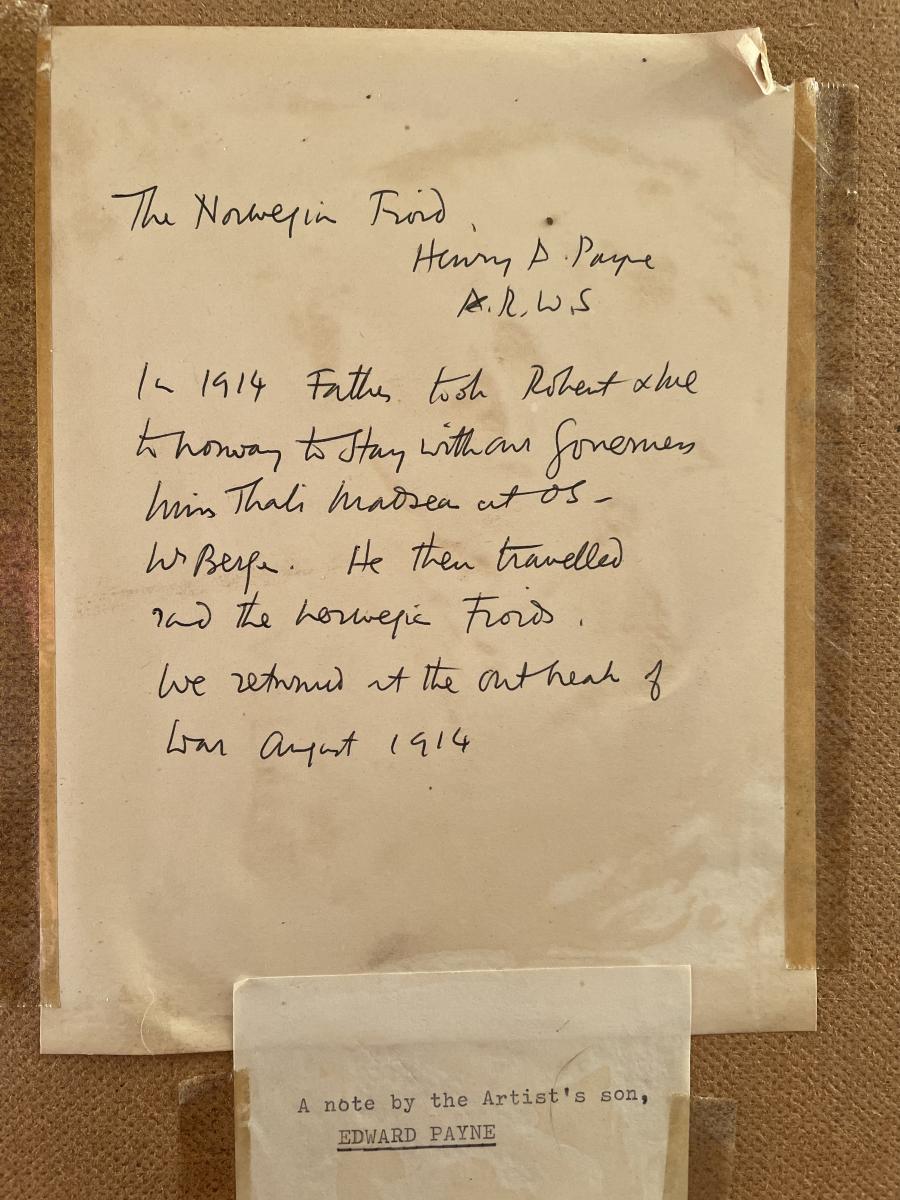 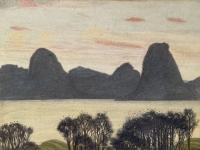 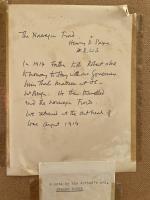 A handwritten note by Edward Payne, the artist’s son reads:

In 1914 father took Robert and me to Norway to stay with our governess Miss Thali Madsen at OS – W Bergen ???? He then travelled round the Norwegian Fiords.  We returned at the outbreak of war, August 1914

Payne was born in King’s Heath, Birmingham.  He studied at Birmingham School of Art under E R Taylor and was among the students who painted murals in the Town Hall.  He joined the staff of the Birmingham School of Art in 1889.  In addition to his teaching he ran a busy stained-glass practice and was involved in a number of decorative schemes with the Bromsgrove Guild.  In 1902 he was commissioned to decorate the chapel at Madresfield Court, a task which occupied him for twenty years and is one of the great achievements of the Arts and Crafts movement.  This also led to him painting a mural for the Palace of Westminster - his work The Plucking of the Red and White Roses in the Temple Garden, an allegory on the War of the Roses, now hangs in the Palace's East Corridor.  He exhibited at the Royal Academy (1899-1935), with the Arts and Crafts Exhibition Society and elsewhere and was a member of the Society of Painters in Tempera.  In 1901 he married Edith Gere, sister of Charles and Margaret Gere and they later settled at St Loe’s House, Amberley, in Gloucestershire thus joining and encouraging many of the Birmingham artists to settle in the Cotswolds. 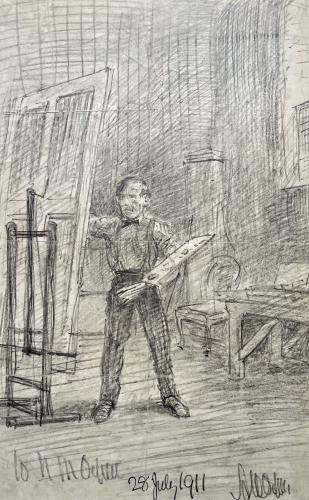