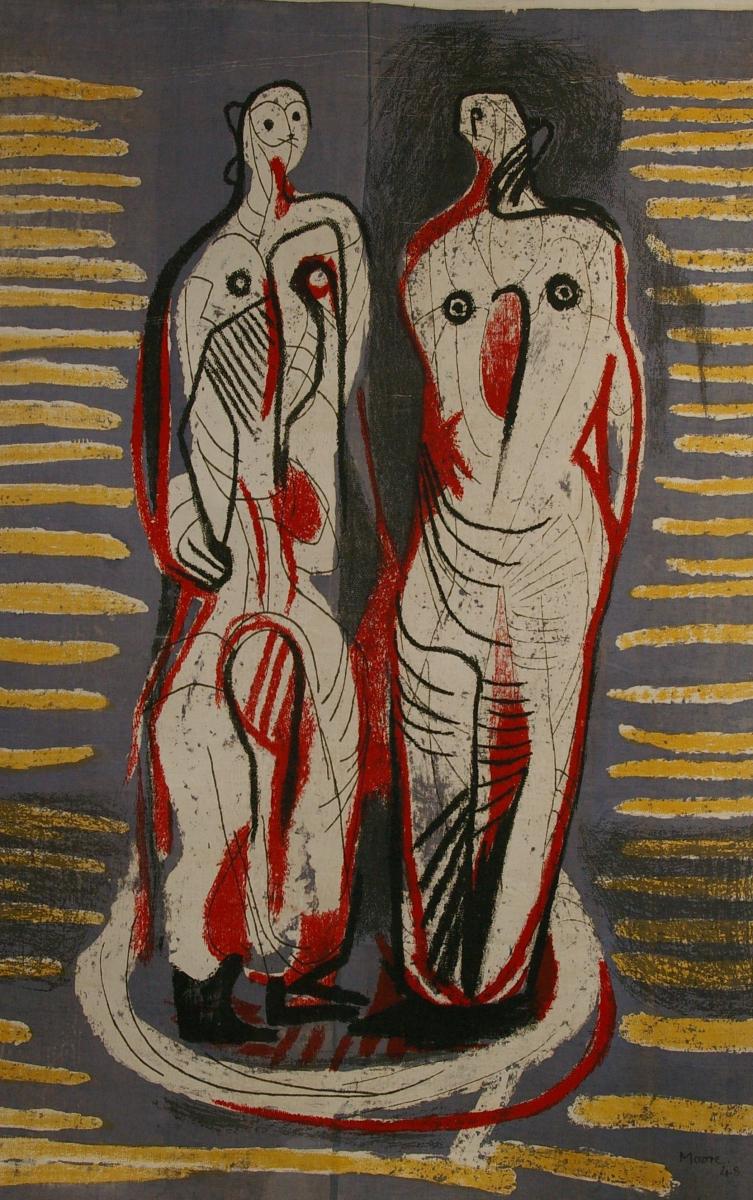 A monumental work by Moore originally produced at the height of the Second World War. The production of such large screen prints was an extremely time consuming & skilled process as separate colours & blocks were applied to the fabric.

Ascher welcomed Moore to witness the entire production process & the editions were signed & editioned by Moore himself. Ascher was determined to experiment with a return to the modern equivalent of medieval tapestries for the domestic interior by commissioning from both artists such large wall panels.

The task was a major test for Ascher & his team as they had never before attempted to produce on such an epic scale. Moore would have to wait a further 20 years for the West Deane Tapestries to see his work on such a vast scale.

Moore never tired of the excitement of seeing his works translated into textiles “if it were just going to be a colour reproduction I wouldn’t be interested. It is because of the translation from one medium to another & has to be different that you get a surprise.

It is not like a bronze caster who has to produce an absolutely exact copy or it is thrown away……it is different, an interpretation, & that to me is the excitement and the pleasure Henry Moore