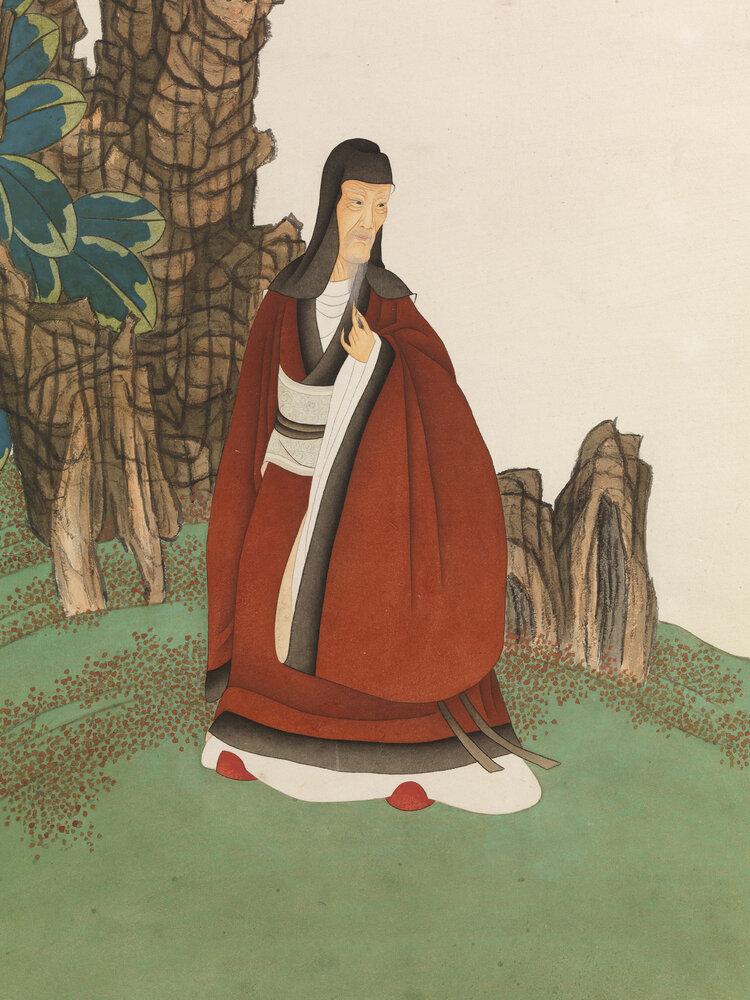 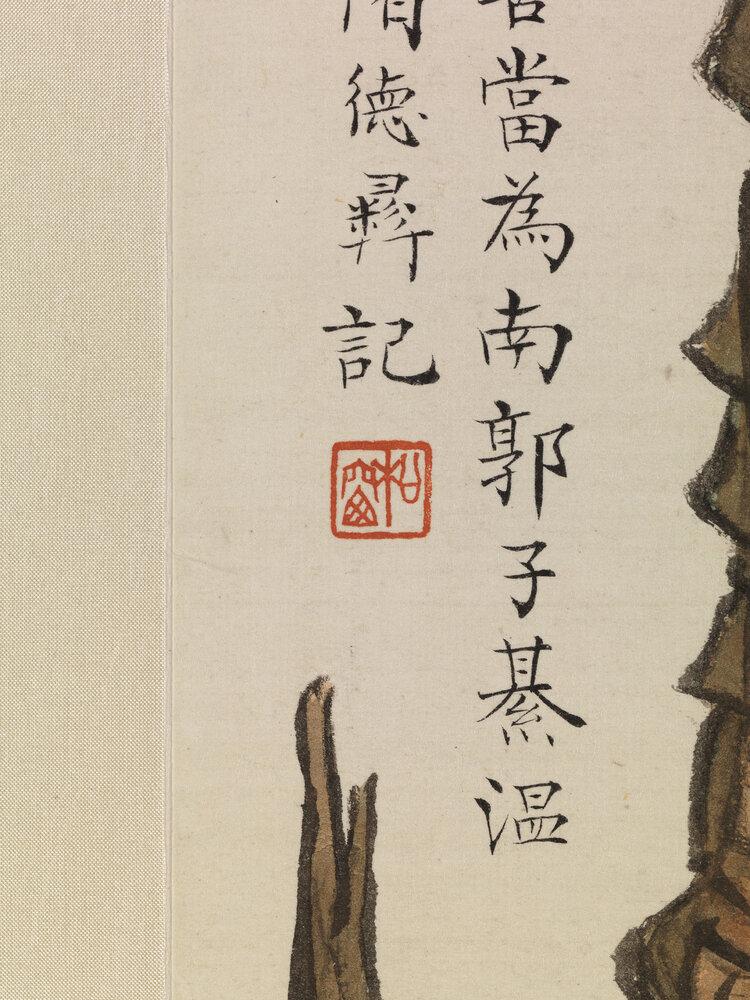 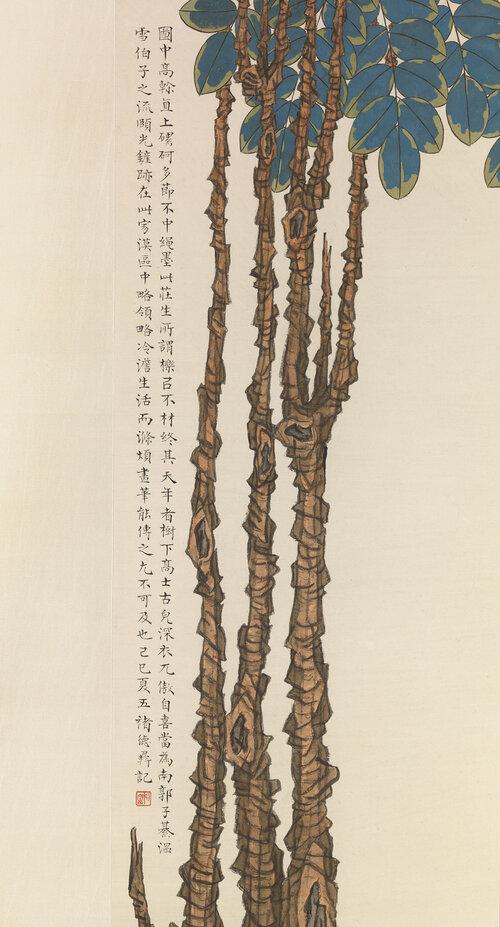 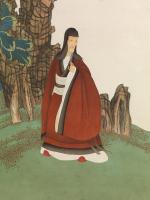 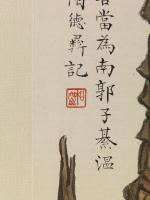 A hanging scroll landscape, circa 1929.

A hanging scroll of a scholar in red robes beneath gnarled trees, with inscription by Chu Deyi 褚德彝 (1871–1942), ink and colour on paper, circa late 1920s.

An elegantly dressed gentleman smoothes out his beard under a canopy of brilliantly coloured leaves emerging from craggy, twisted branches; his angular, wizened hands and face contrast with his billowing red robes and the undulating grassy landscape beneath him. The inscription reads:

In this picture, a towering tree juts straight up, powerful, with many knots, not conforming to ordinary proportions. This is the oak tree written of by Zhuangzi, which lives out its full life-span because of its not being the sort of material found useful [by carpenters].

Standing beneath the tree there is a noble scholar of the ancient type, with full robes, proudly happy in himself. He seems to belong to the class of Nanguo Ziqi, or Wenxue Bozi, hiding his light within, keeping his movements untraceable, in the midst of this solitary, remote realm. Having somewhat grasped his dispassionate, serene life, Difan’s brush is capable of transmitting his image, and could not be more exceptional.

Written in the fifth month of summer in the jisi year [1929] by Chu Deyi.