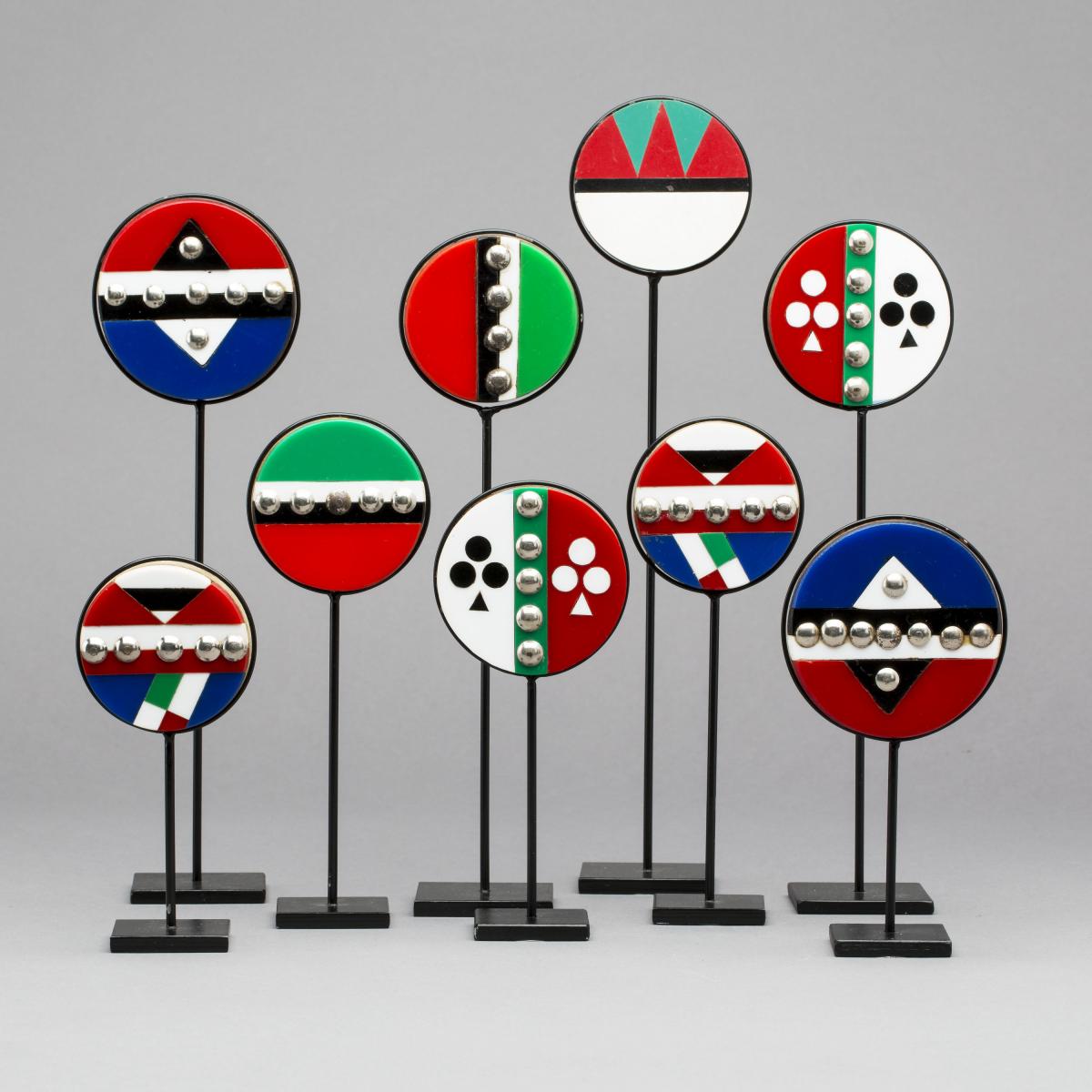 The earplugs are made from a South African soft wood, iziqhaza, which is overlaid to one or both sides with brightly coloured perspex; these finely worked mosaic overlays are glued and pinned in place. The earplugs were made by Zulu craftsmen and sold to migrant workers for their loved ones back home.

The wearing of these highly decorative earplugs grew from the smaller polished bone, wood or ivory plugs used in the 19th century following the ear piercing ceremony which took place at puberty and marked the transition from childhood to adulthood. These large, sophisticated designs became popular in the middle of the 20th century when this brightly coloured material became available to the Zulu craftsmen working in Johannesburg and the Msinga district and it was incorporated into the established beadwork tradition using the Msinga colour sequence known as isishunka against a white background. The use of specific colours in certain sequences indicated stages of life such as virginity, maturity and children and motifs were drawn from many sources: the traditional hourglass appears on beadwork and other crafts and has been interpreted as a male/female symbol; the crescent of the old or new moon is found on wood carving and the triangle and arrows from modern road signs; the 'rising sun' motif is reported to have derived from the trademark of Sunbeam Polish.

The tradition of wearing earplugs changed during the early 20th Century from men to women as the ear piercing ceremony became less common and the use of these new materials resulted in the adaptation of the traditional craft which continued to evolve throughout the century. In the 60's and 70's a thicker perspex became popular which necessitated simplified bolder areas of colour; these were highly polished and often incorporated brass or chrome studs; however, they still followed the beadwork fashions and used the simpler umzansi designs. This style is known by the general term for earplugs - iziqhaza.  During the 80's, when piercing had fallen out of fashion and beadwork was no longer widely practised, earplugs were replaced with clip-on wooden discs with painted geometric  designs.