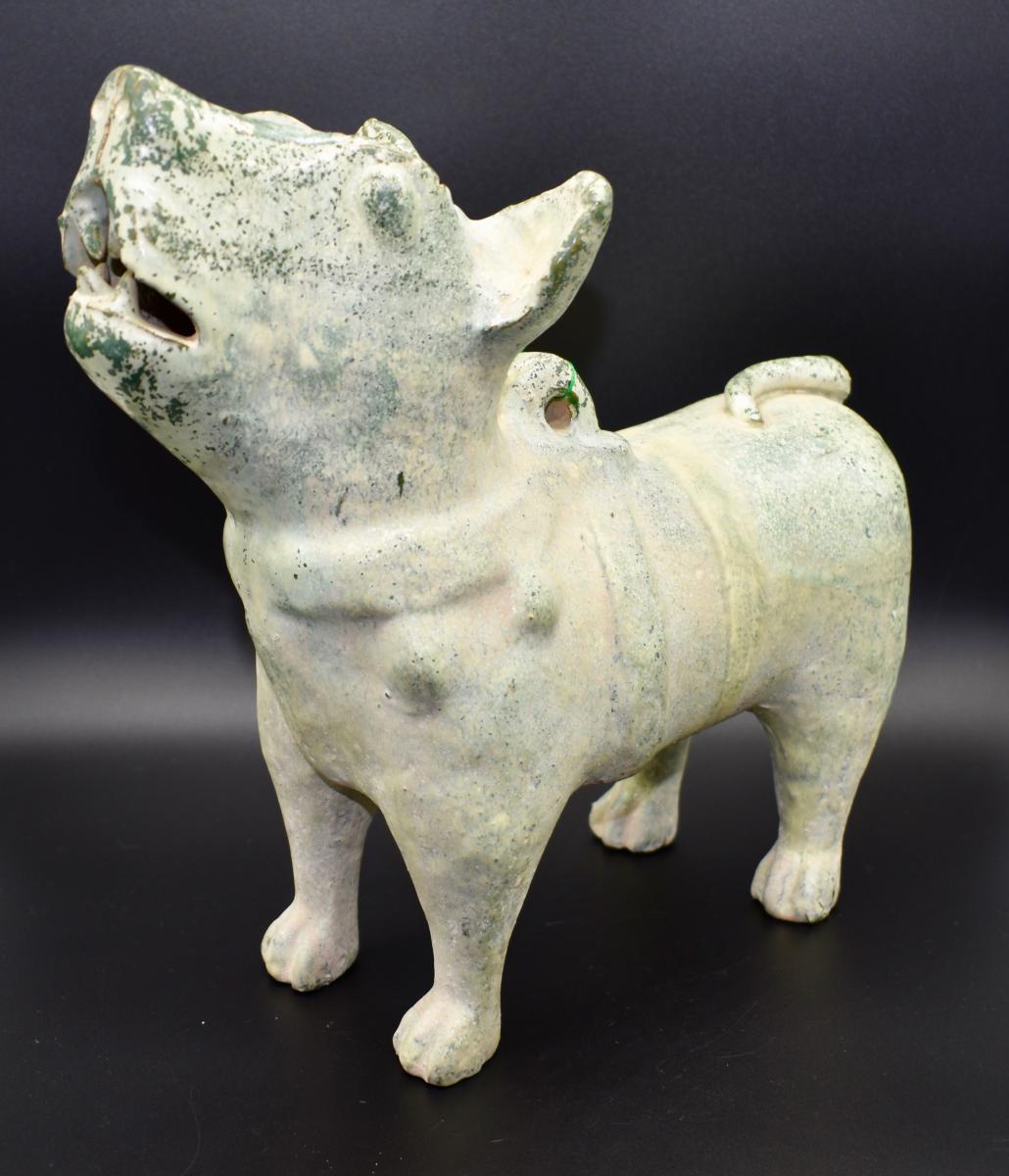 The figure of the dog with a curled tail was manufactured in the Eastern Han dynasty and placed inside the tomb alongside the other pottery figures, buildings and utilitarian objects, which was the Han dynasty funerary custom.

The dog acts as a guardian of the tomb warding evil spirits thus protecting the dead. The dog covered all over in a lead based green glaze which has signs of iridescent from being buried.

The Chinese tradition of sumptuous burials had led to a great variety of ceramic figures of wild and domesticated animals being interred with the deceased in tombs.

These animals, together with architectural models such as watch-towers and water-wells, provide a rich insight into the daily life under the Han dynasty (206 BC-AD 220).

This figure is made of loess, which has fired to the reddish colour visible in places where the glaze has flaked off. The fine texture and low shrinkage rate of loess had made it a favourite raw material for Northern Chinese pottery.

However, it melts at a comparatively low temperature, so if a glaze was required this needed to have an even lower melting point. The potters therefore used glazes with a high lead content, which had the advantage of producing brilliant colours with warm tones.

Modern ceramic historians have been intrigued by this development, as high-lead glazes were also used by Roman potters, and one theory, still unsubstantiated, is that the Chinese were influenced by the Romans.

Unless properly prepared, high-lead glazes can poison both makers and users of pots alike. Copper oxide, was particularly dangerous as it upset the chemical stability of the glaze and caused lead to leach out.

The silvery iridescence on this dog is partly the result of the unstable glaze, but has been exacerbated by burial conditions and is a characteristic feature of Han dynasty green mortuary wares. 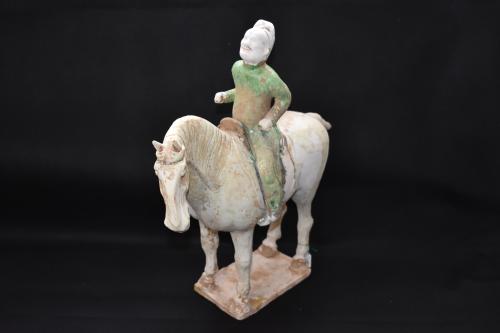 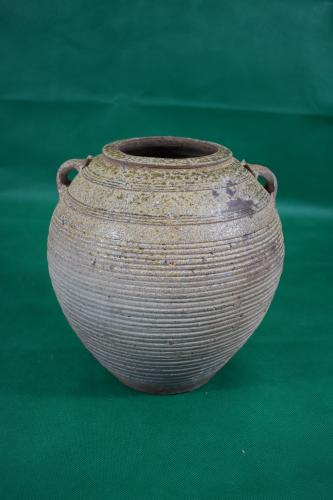 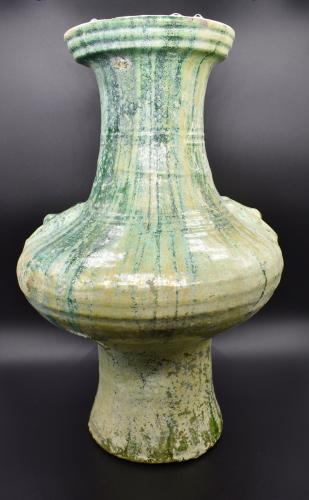