Greek Red-Figure Bell-Krater by the Varrese Painter, Apulia, C.350-340 BC 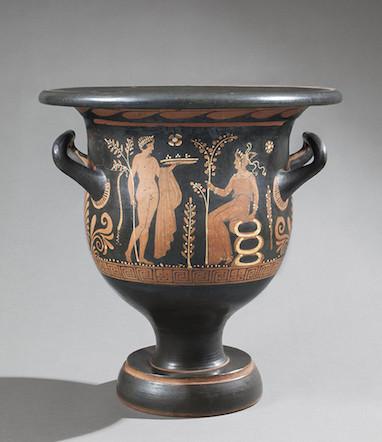 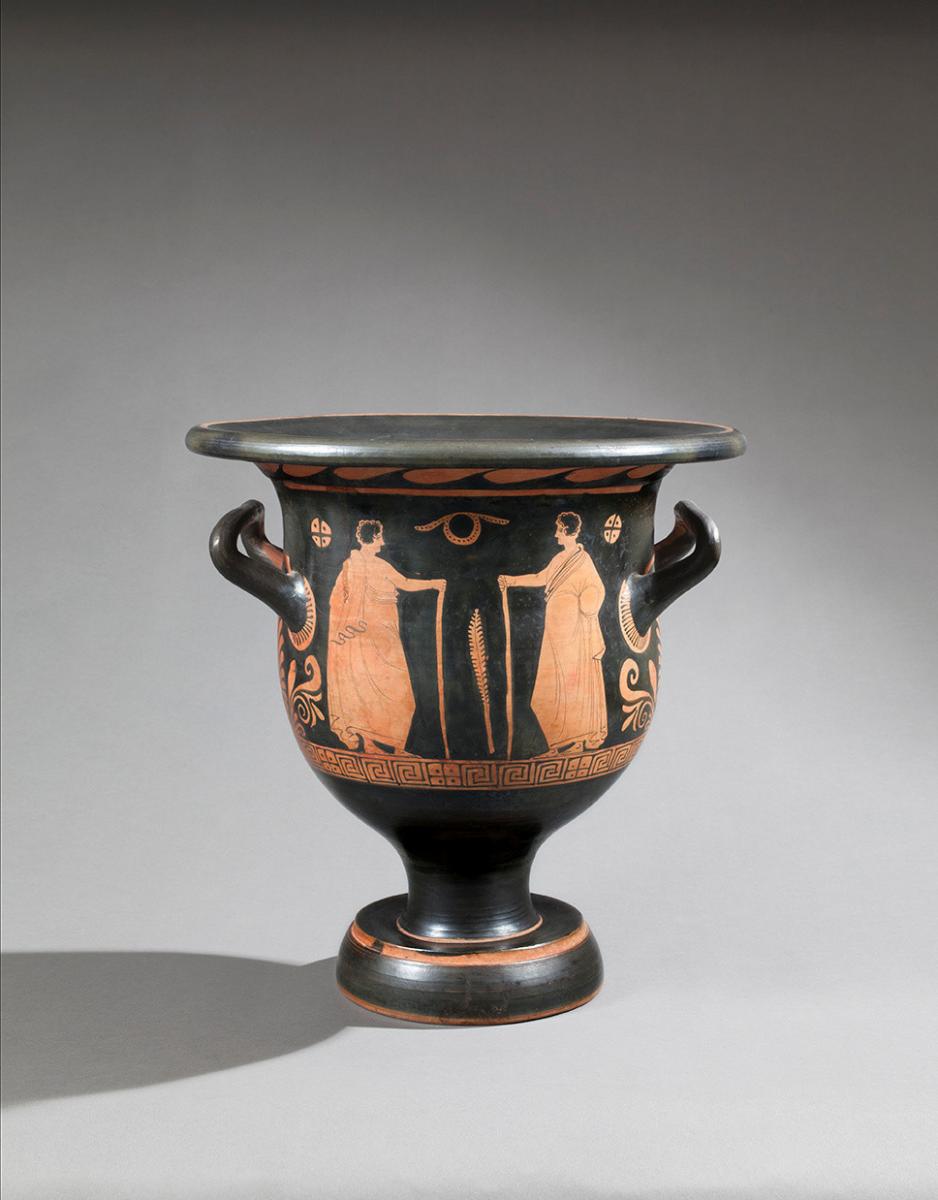 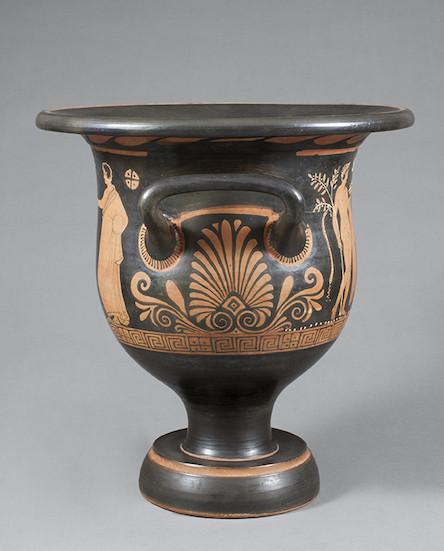 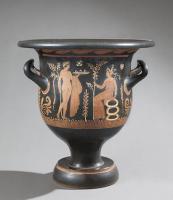 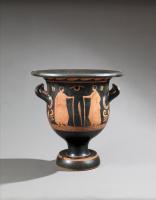 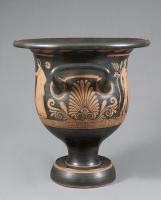 With detailing in added white and yellow. Side (a) showing a youth with drapery over his left arm as he proffers a tray of fruits, in his right hand he holds an olive branch, before him is a draped and bejewelled female seated on a rocky outcrop, also holding an olive branch. Side (b) with two draped youths.

The subsidiary decoration consists of a band of laurel under the rim, rays surrounding the handles, a scrolling palmette underneath, and a band of elaborate meander interspersed by intersecting squares. Attributed to the Varrese Painter by Trendall. Intact.