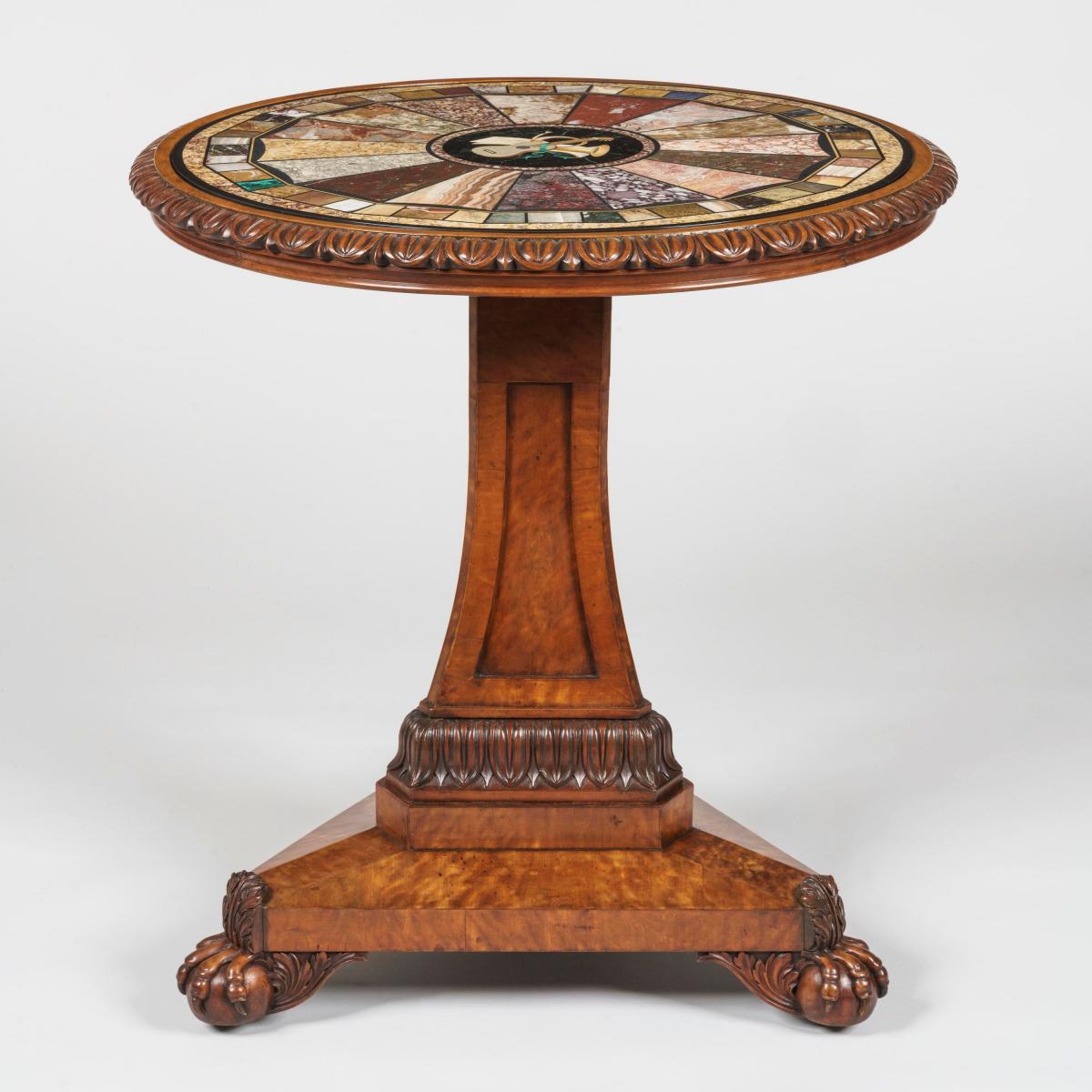 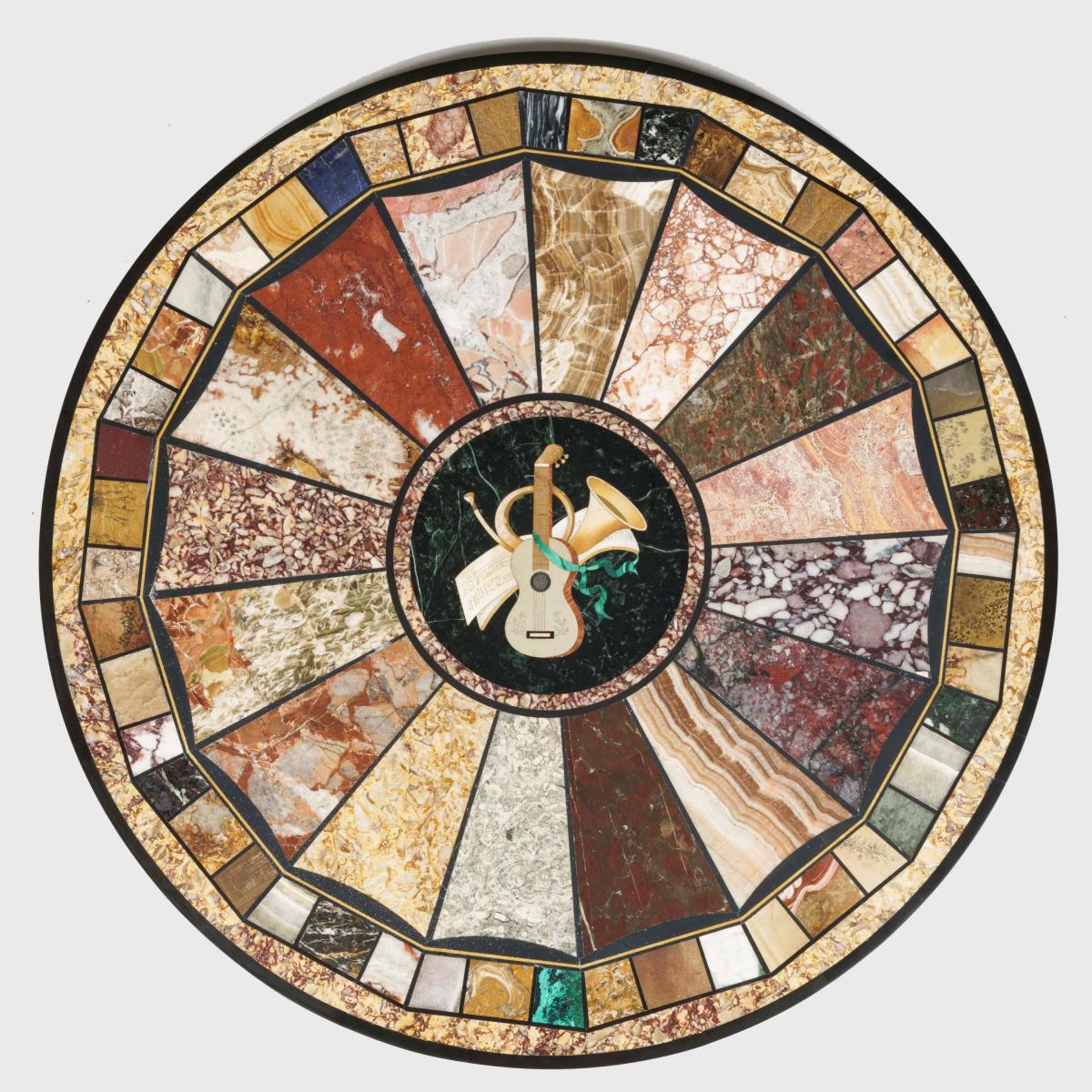 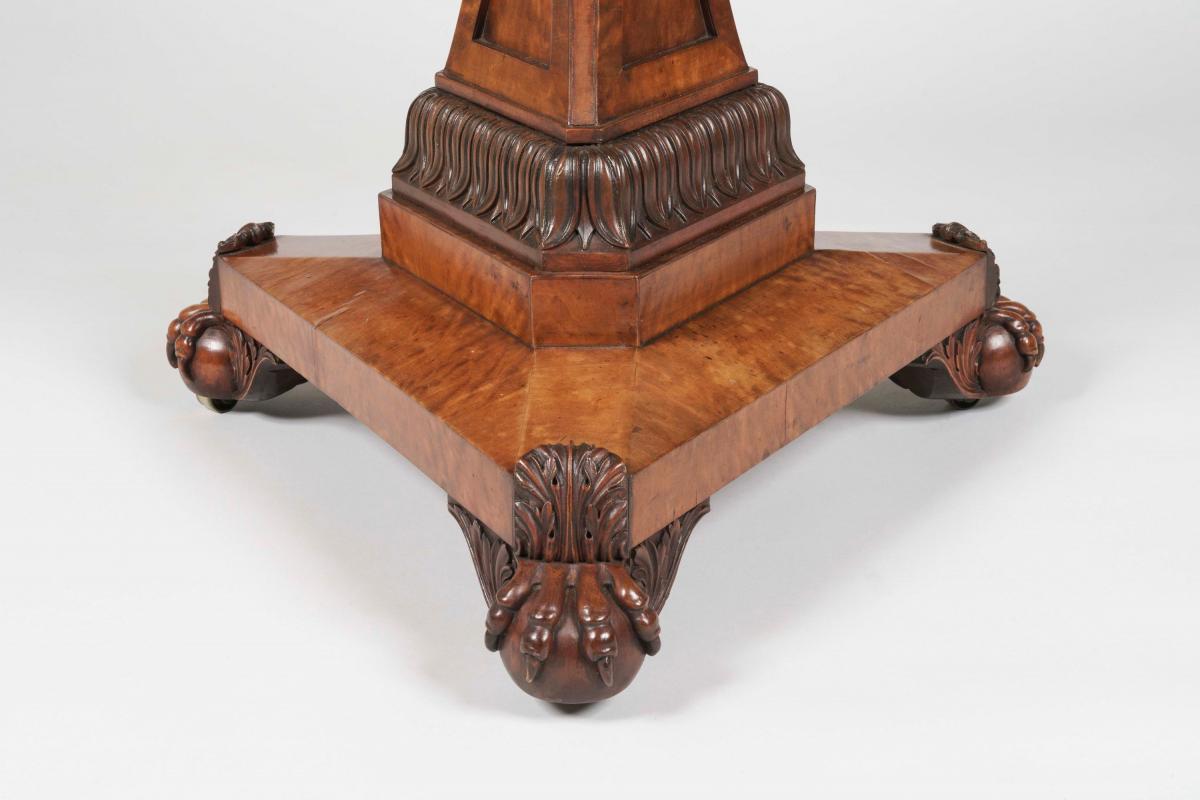 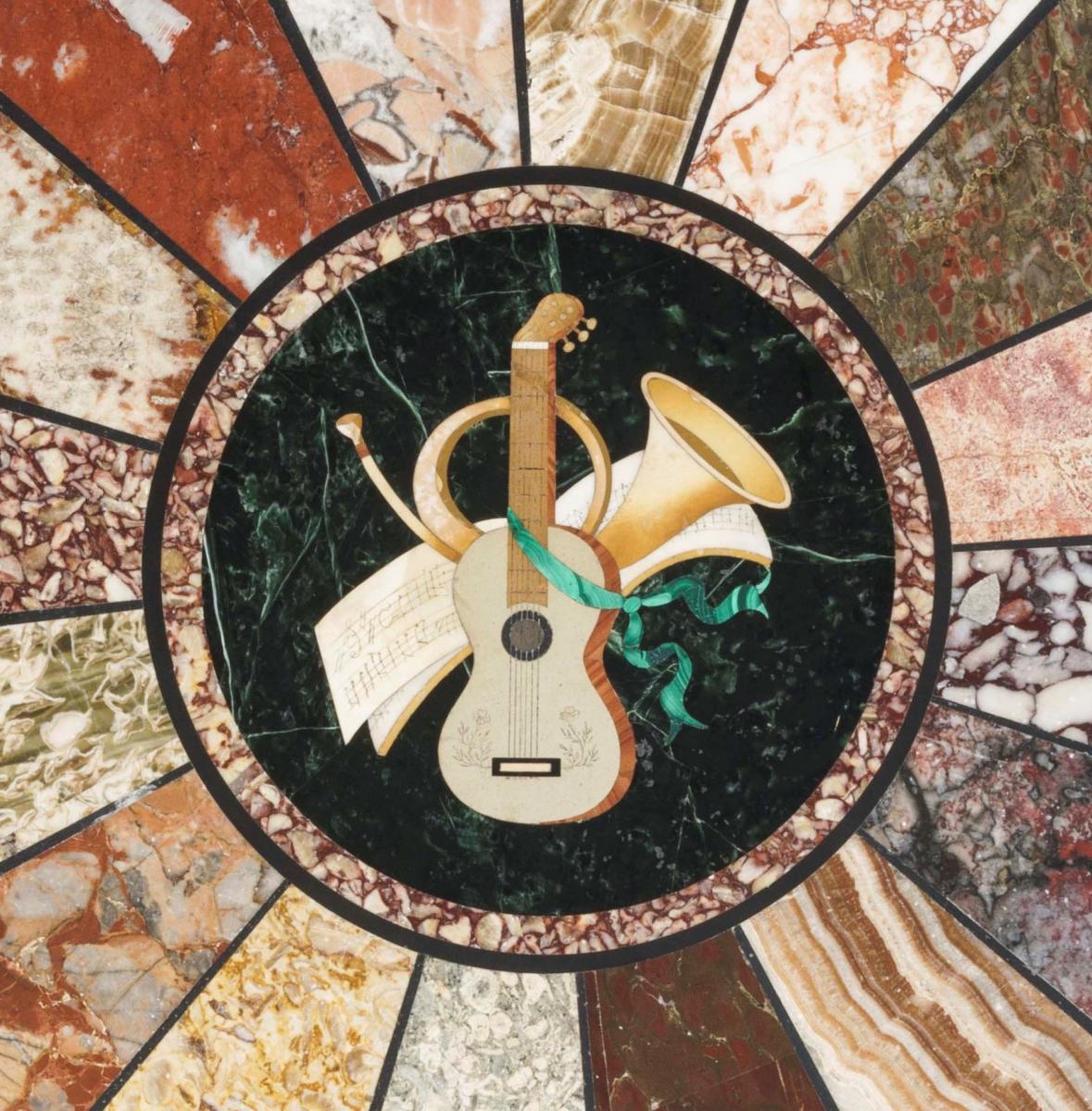 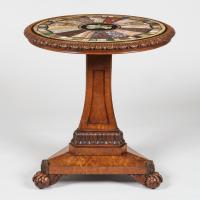 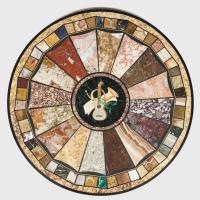 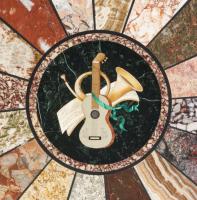 The circular top presenting a geometric mosaic design with a central musical cartouche executed in pietre dure, surrounded by 16 lobed radial wedges and an inlaid border of 48 unique marbles, for a total of no less than sixty different precious marbles including brocatelle d'espagne, griotte rouge, malachite, lapis lazuli, and pietra paesina. Supported on a dark satinwood base with tripartite supports terminating in carved ball & claw feet with acanthus foliate spandrels.
Italian & English, circa 1835.

The Grand Tour was a journey usually through France and then Italy. It was made by the classically educated male members of the northern European ruling class to complete their education, to acquire manners and languages and to attain an understanding of the politics of other countries, their economies, geography and history. Especially from the 17th century onwards, it was undertaken to admire the remains of the Classical past and to collect art and antiquities.

The popularity of the Tour flourished in the 18th century, and was continued throughout the 19th century, when tables such as this were made for and sold to foreign travellers and collectors.

A circular table top of Ancient Roman Marbles is on permanent display at the National History Museum in London. 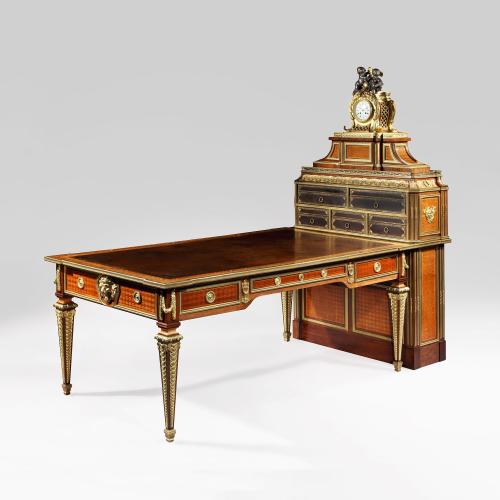 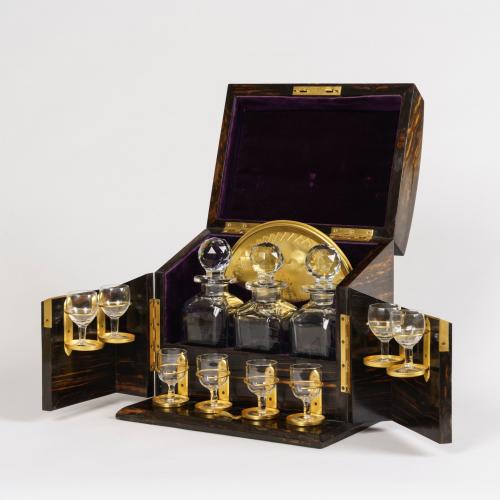 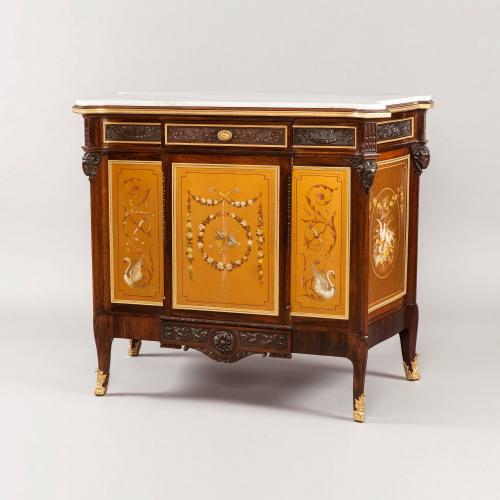