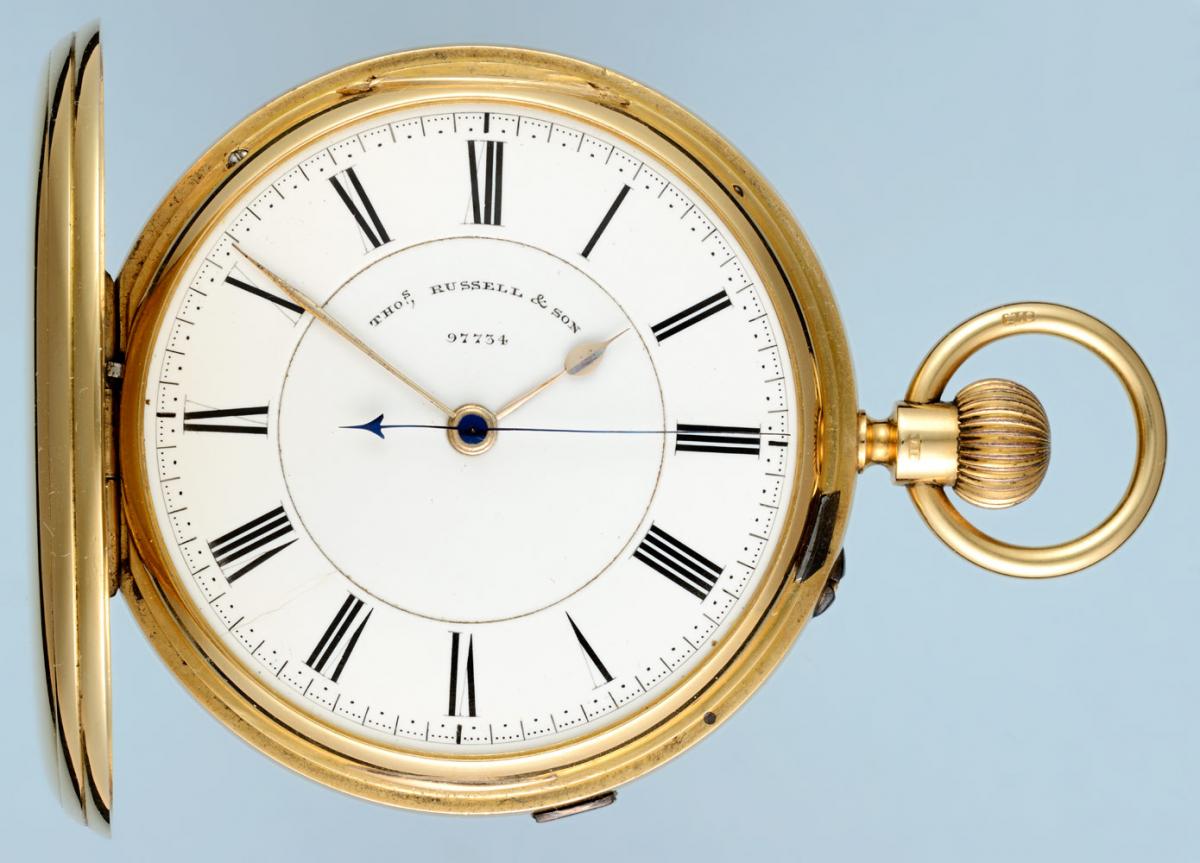 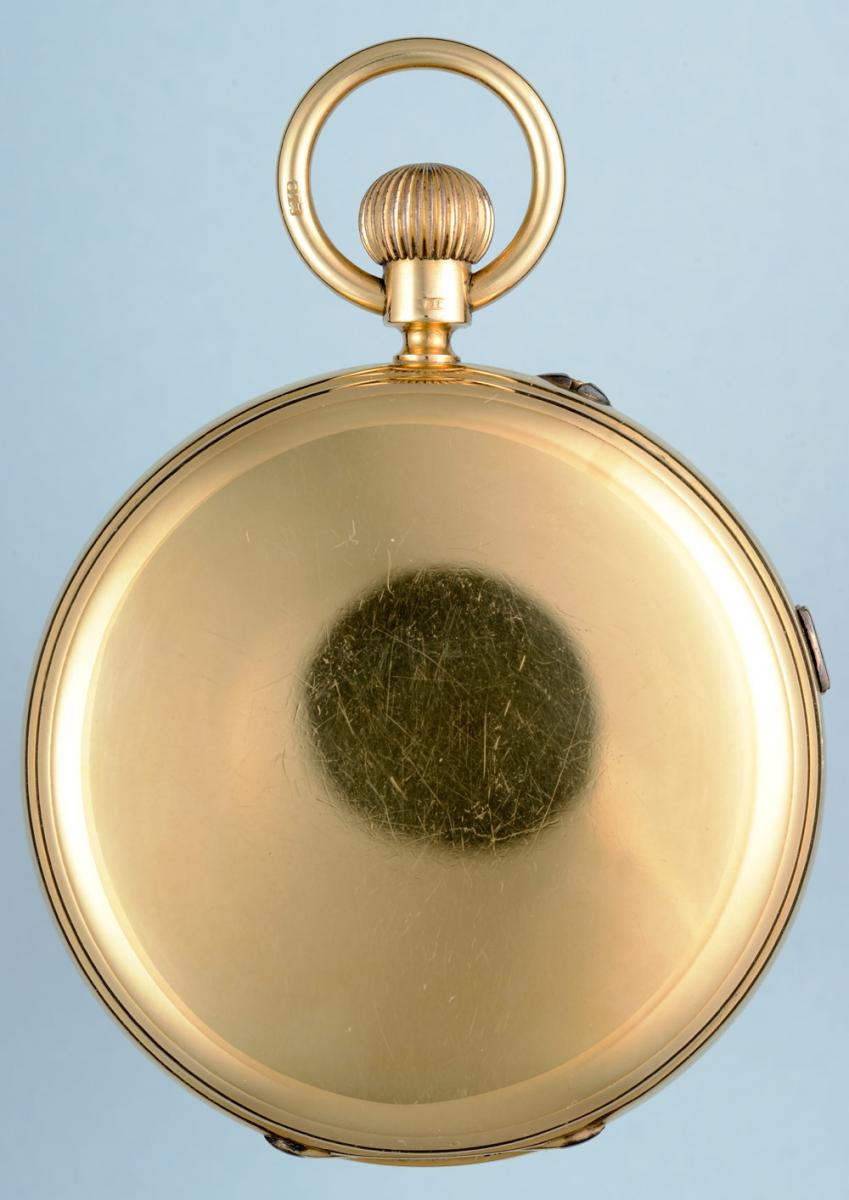 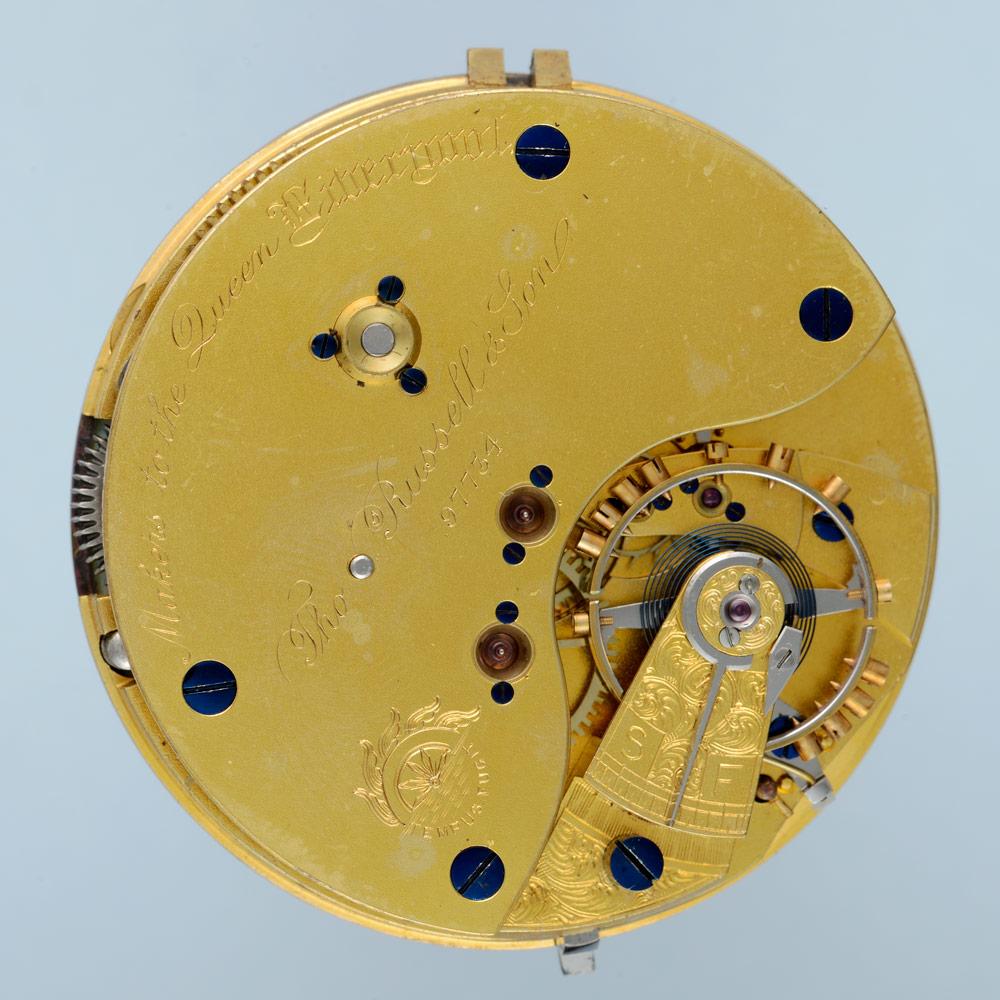 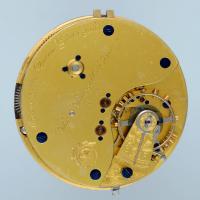 Plain single bodied 18 carat full hunter case with small gold slide in the band to stop the watch by acting on the balance.  Maker's mark "T.R" in a rectangle and number corresponding to that on the movement.