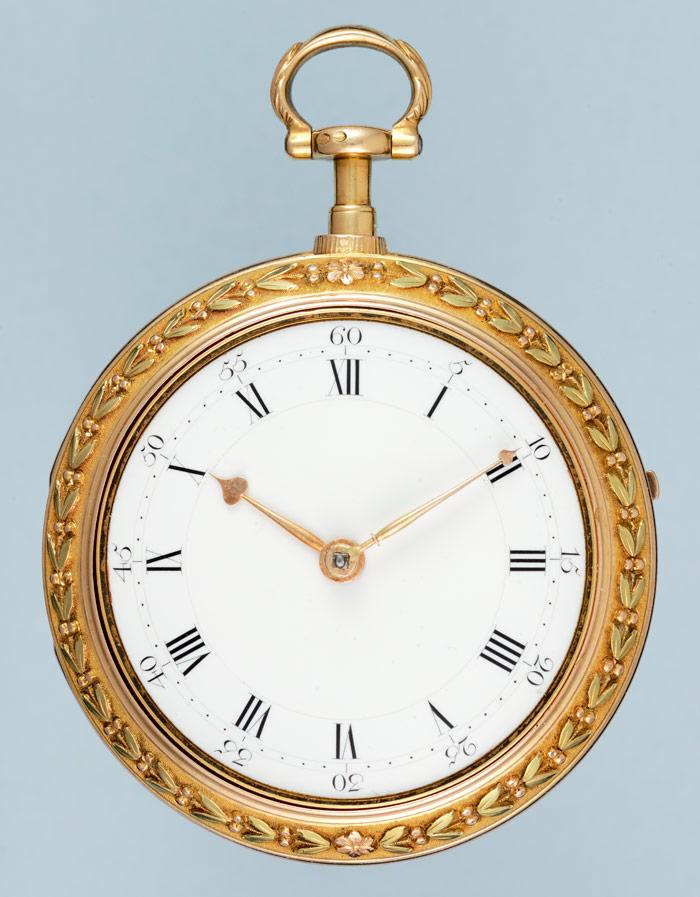 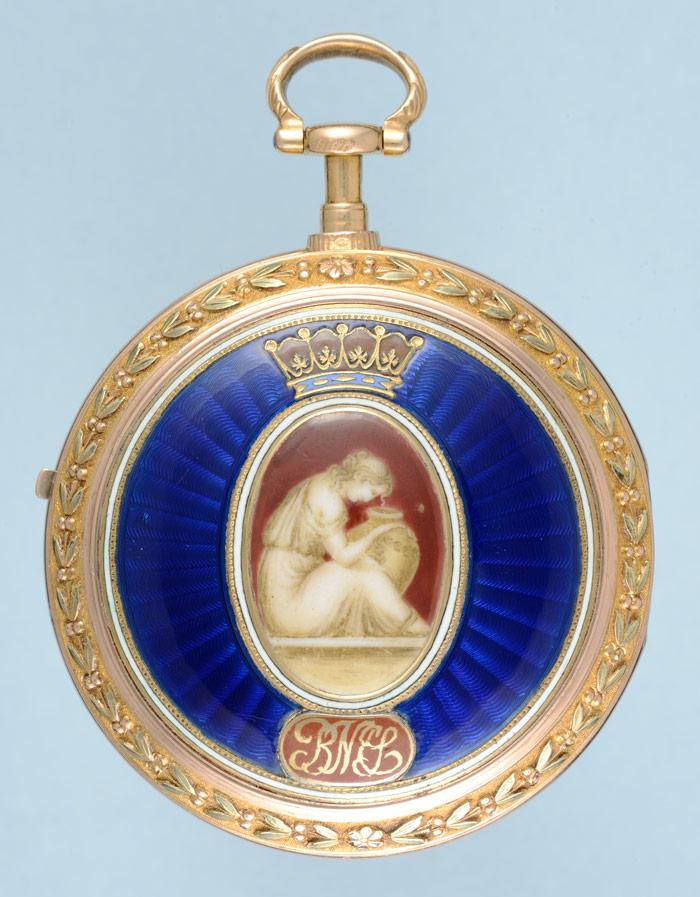 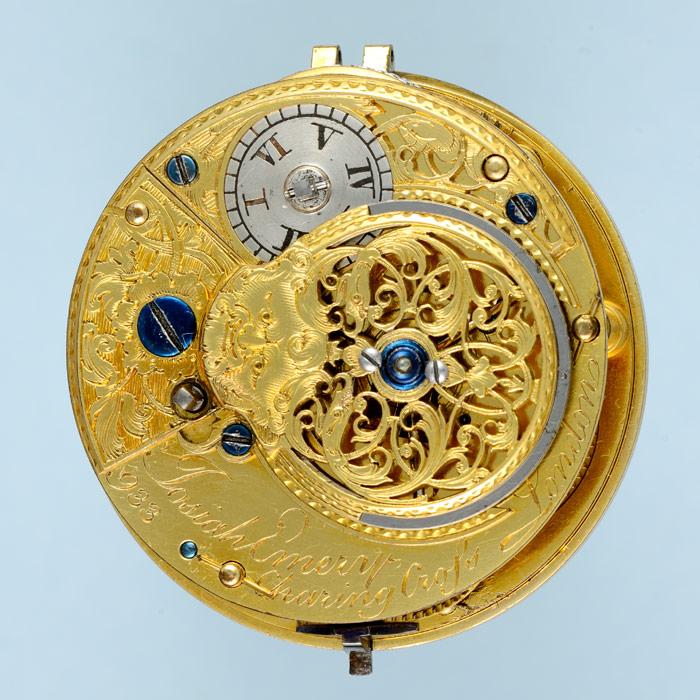 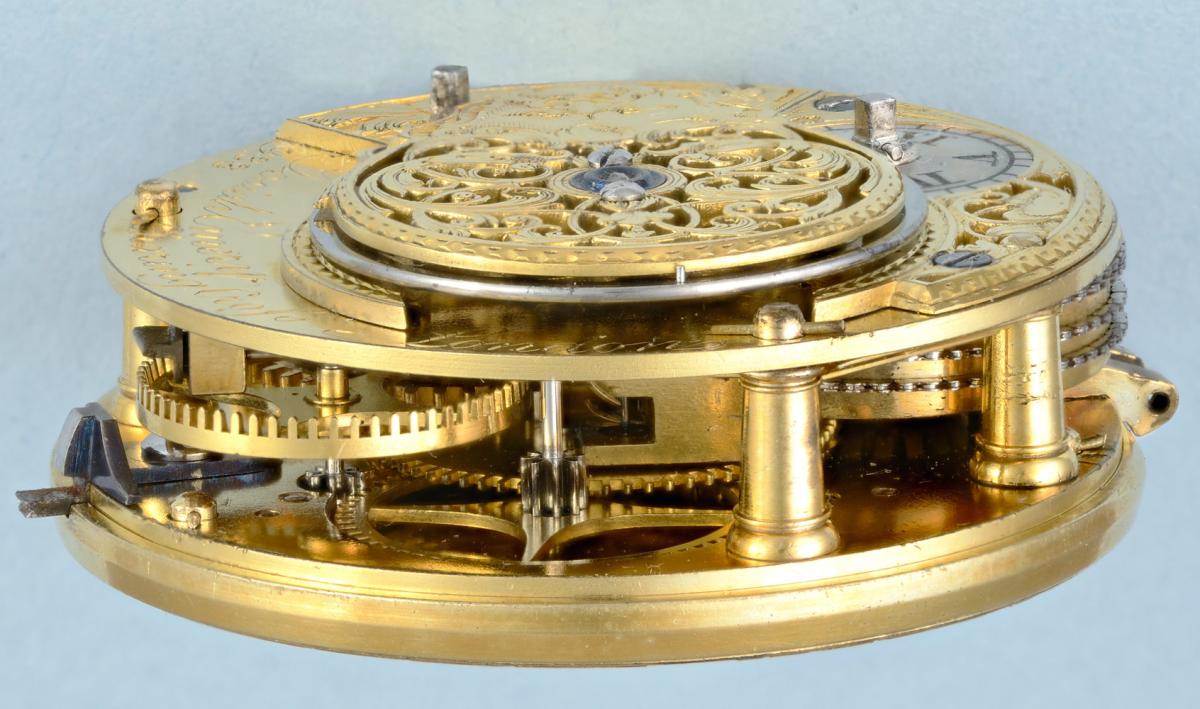 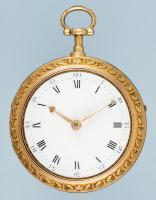 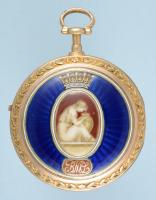 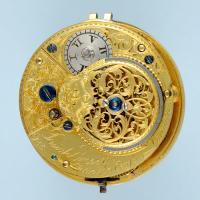 In the centre an oval depicting a classically dress seated woman, above a ducal coronet and below a small monogrammed cartouche. Gold and enamel chatelaine, the gilt clip with applied panel matching the watch supporting six chains.

Also attached to the clip are two fine pearls in gold and enamel mounts, a gold and enamel key and an egg shaped gold vinaigrette threaded in the centre.  Sprung clips with threaded safety collars.

Josiah Emery, Charing Cross 1725 -97, free of the Clockmakers Company 1781. A Swiss emigre, he was one of the most eminent makers of the late 18th Century producing some of the earliest lever watches.

The casemakers demonstrate the close knit nature of their trade.  Mary Aveline and Gideon Macaire worked at 5 Denmark Street, Soho, registering their mark in 1779.

Mary Aveline was the widow of  Daniel Aveline, 1709 - 1772, also recorded as a watch case maker in Denmark Street.  His mark is often found on fine gold cases, many of them decorative, containing movements by the best English watchmakers of the period.

The outer case is a later replacement, hallmarked 1815, owned by a Duke.  Emery was known to supply the nobility (a watch by him and owned by the 4th  Duke of Marlborough was recently sold in London).

It appears the case itself has undergone some updating during its life.  The enamel cartouche bearing the initials below the scene has been cut out and replaced, no doubt when the watch was inherited by a son with different initials.