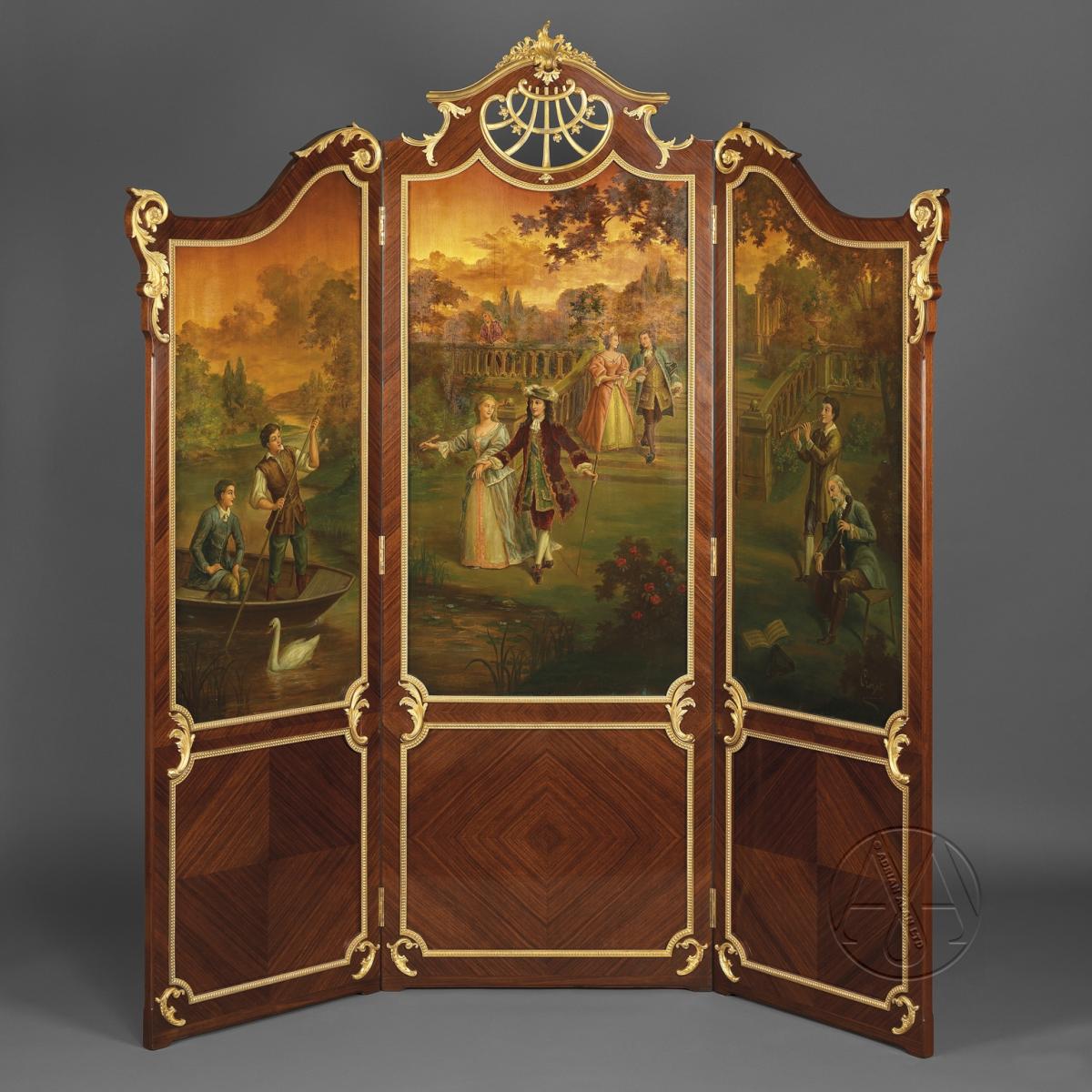 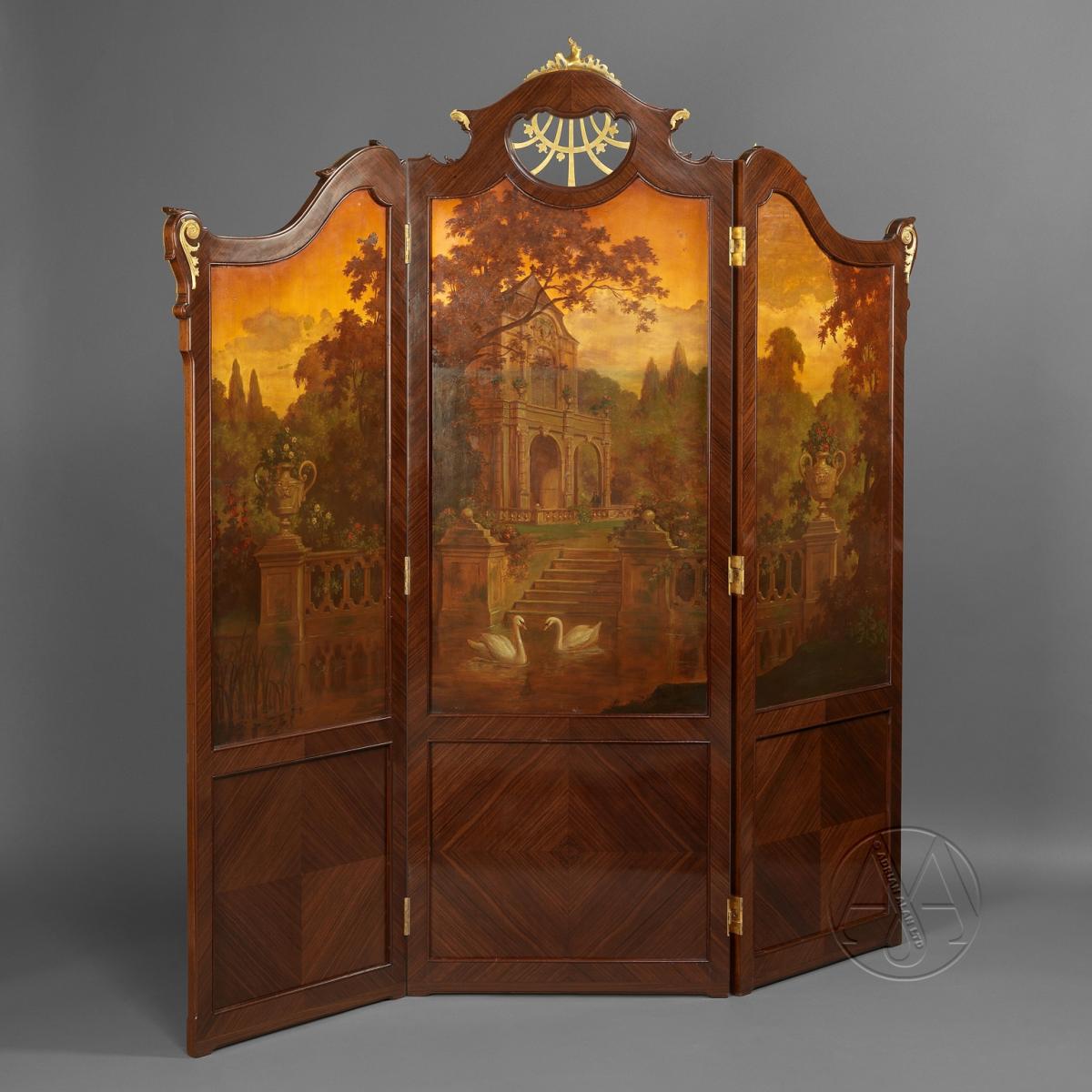 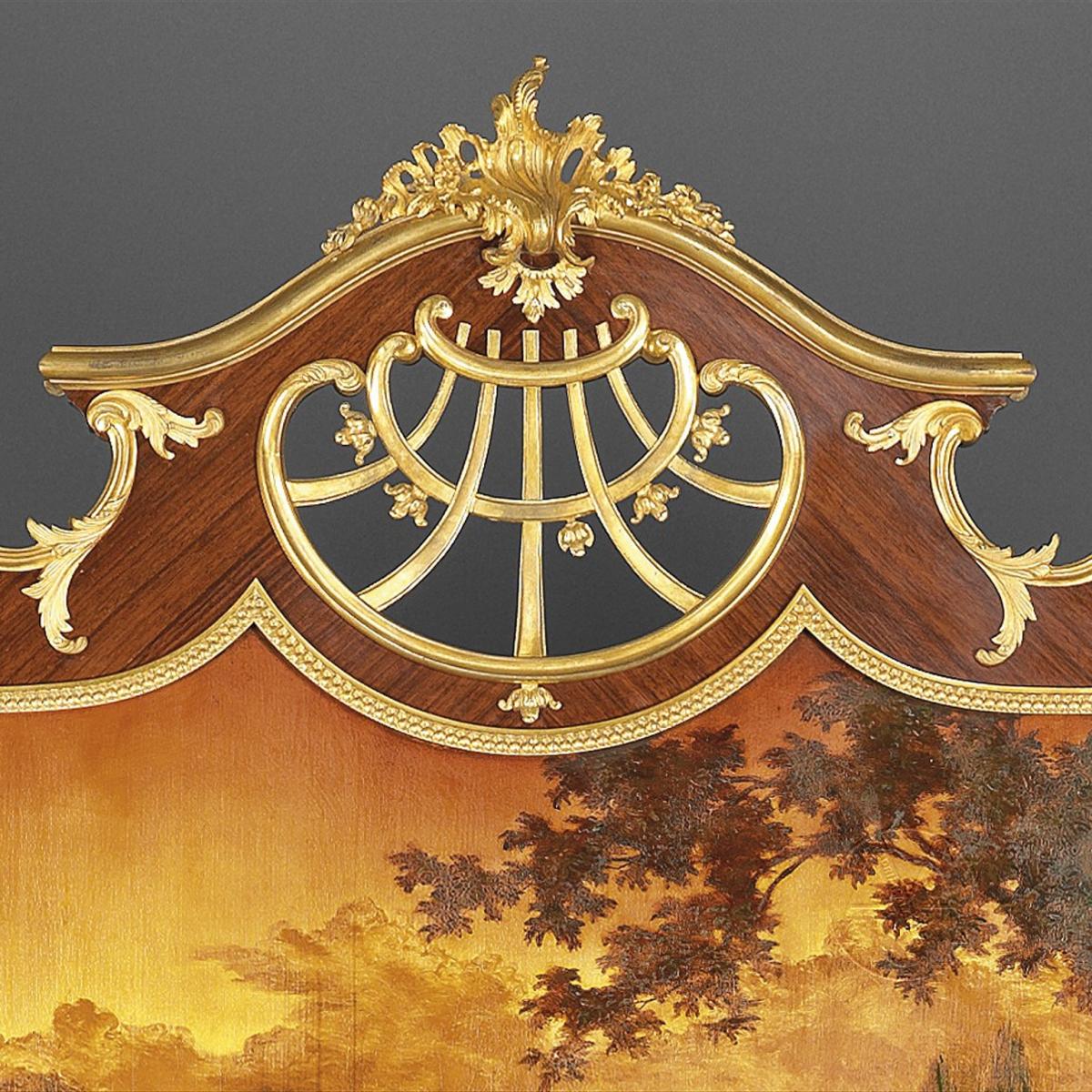 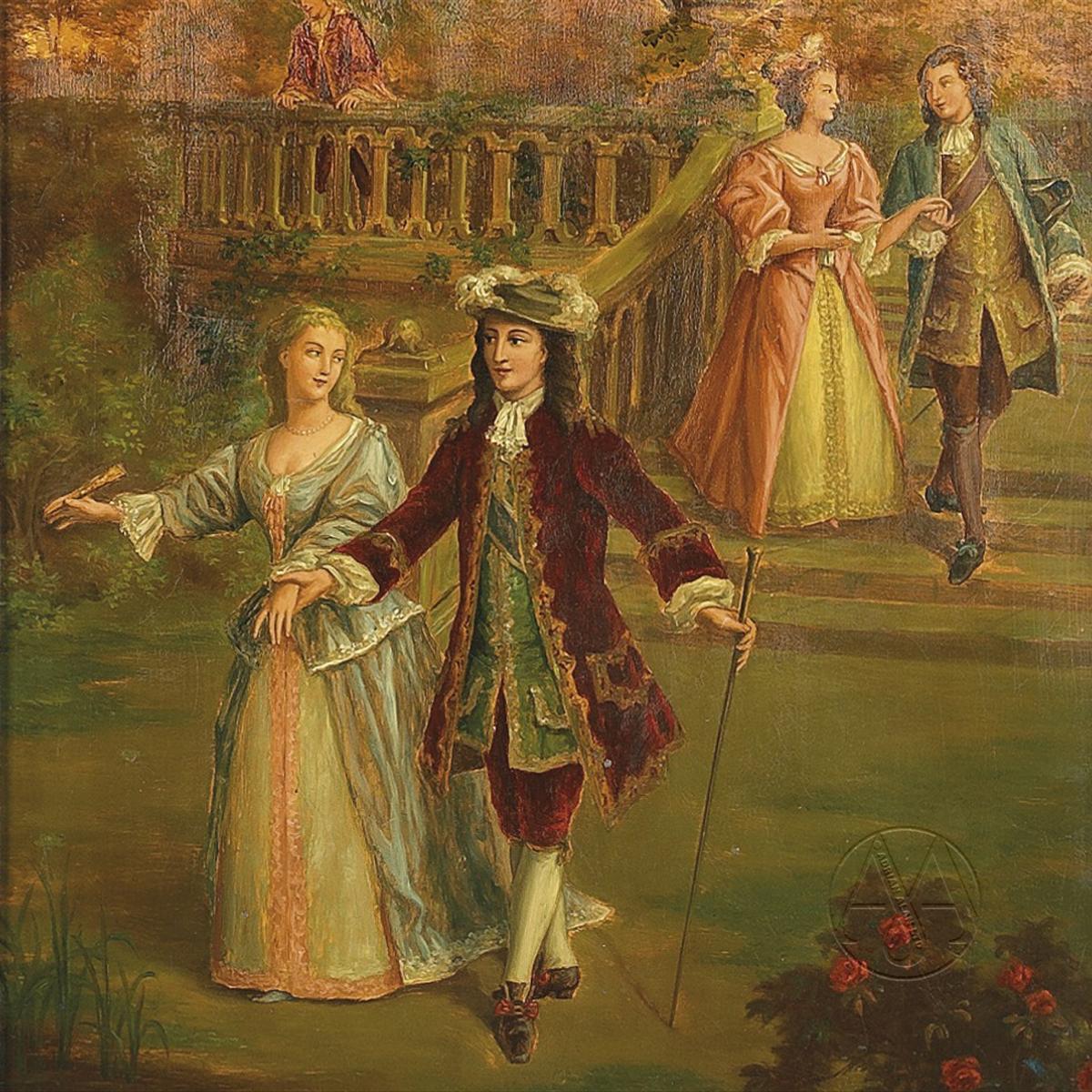 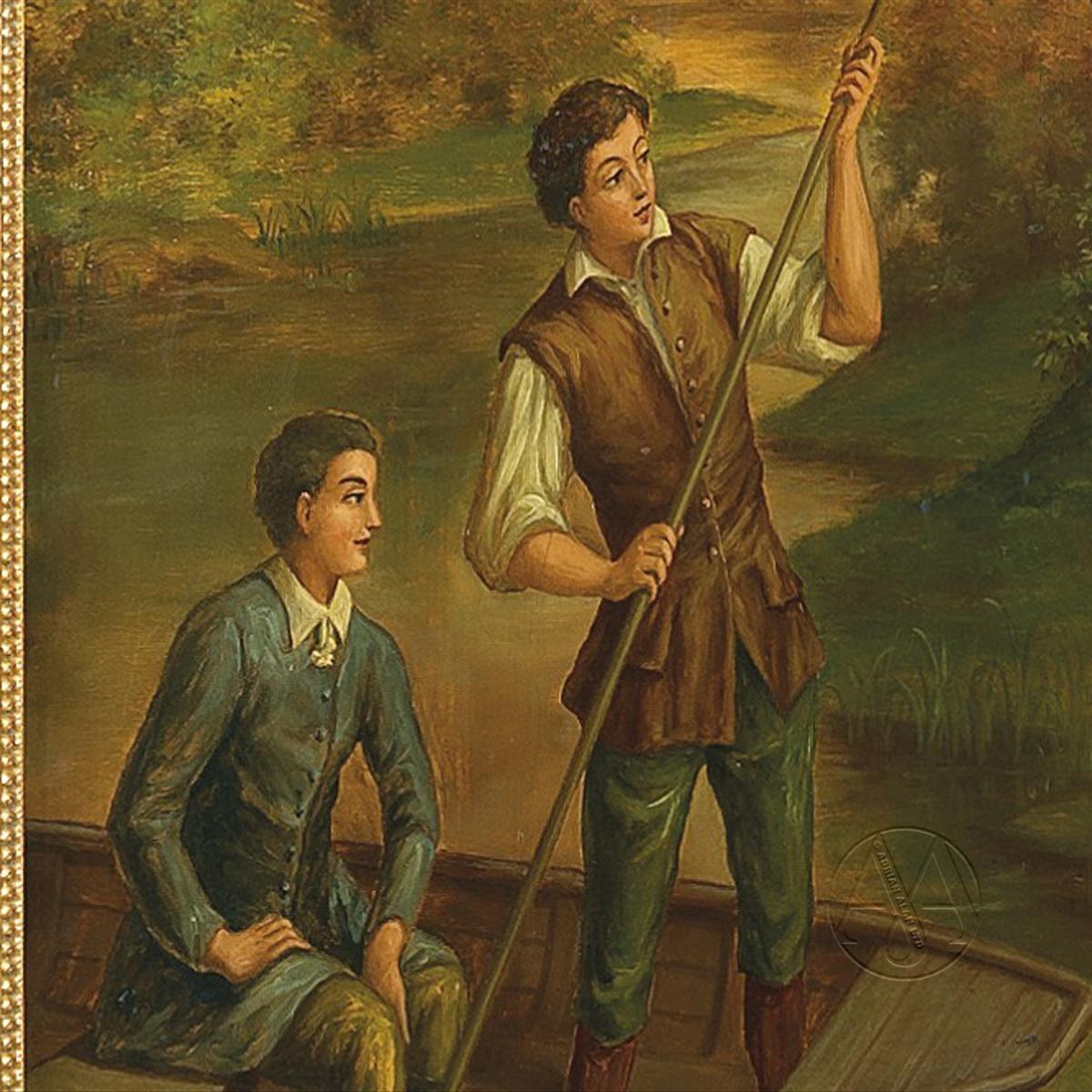 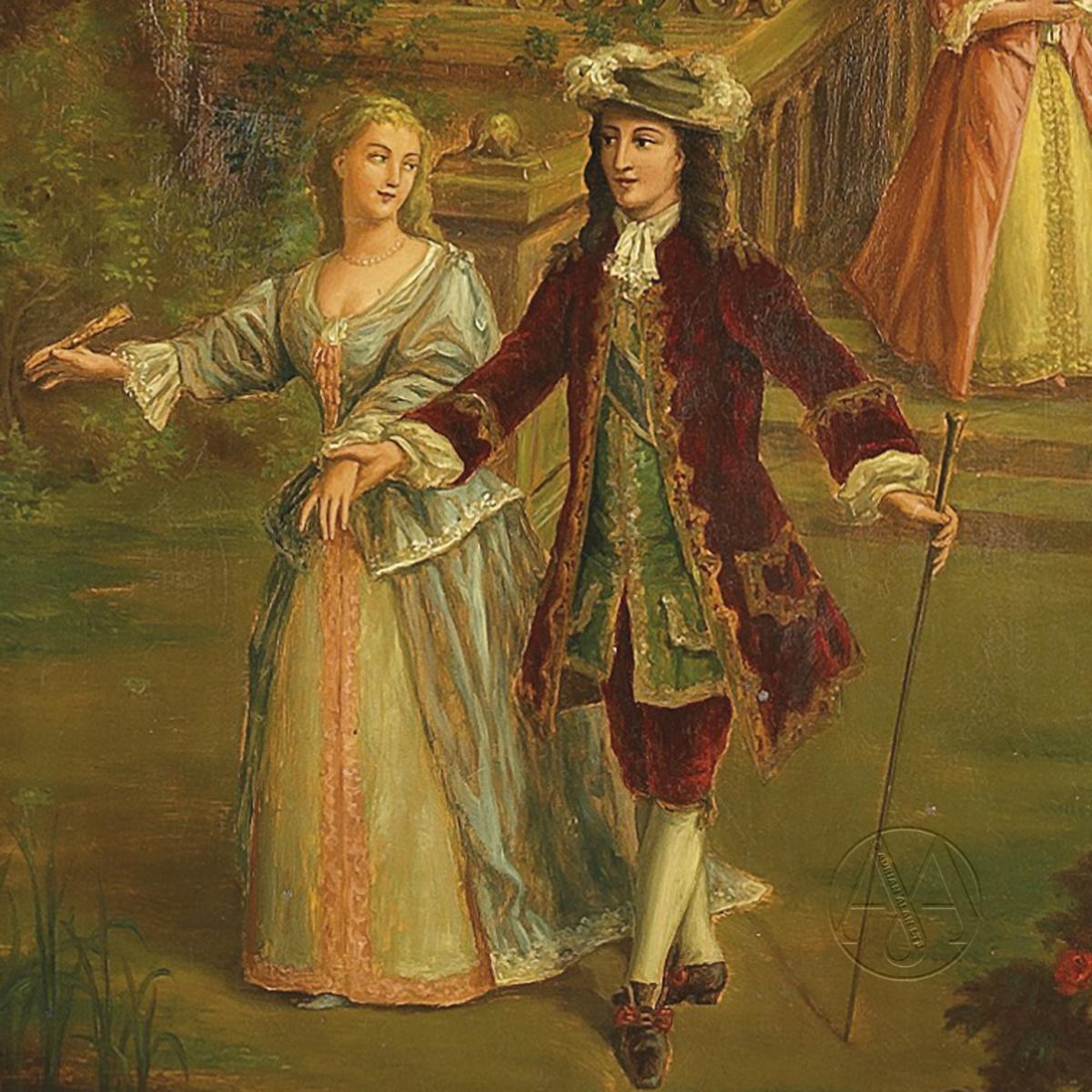 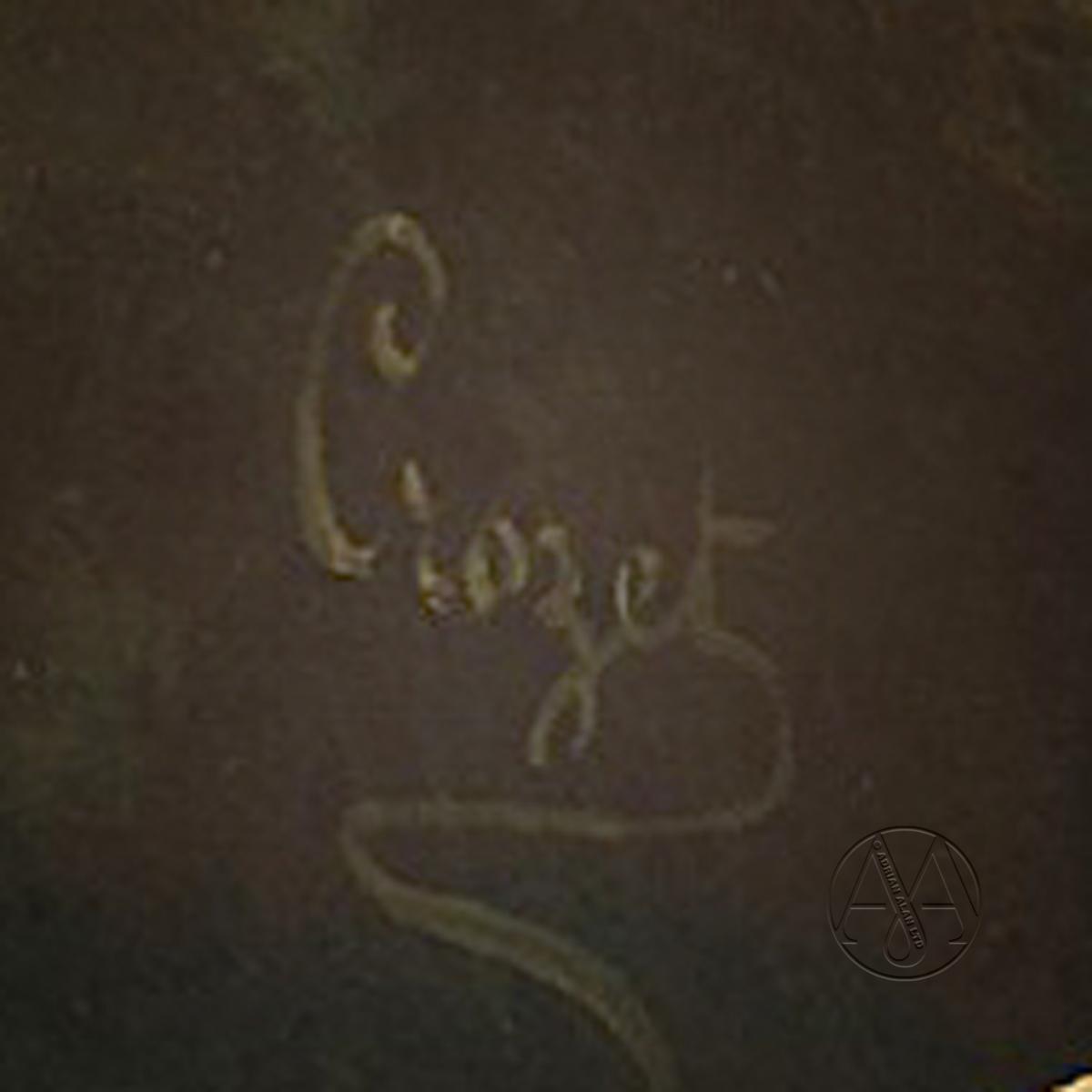 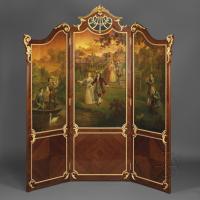 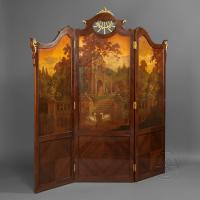 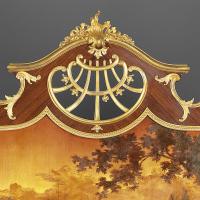 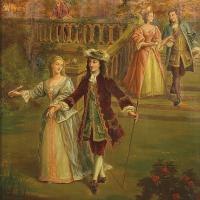 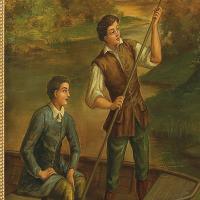 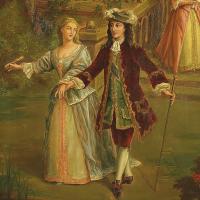 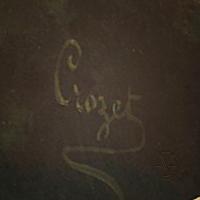 The front right hand panel signed to the foreground 'Crozet'.  The Gilt-bronze stamped to the reverse 'JS' and 'JH'.

The screen has three panels each with shaped scrolled tops with acanthus cast gilt-bronze mounts above finely painted vernis matin panels.  The central panel to the front of the screen depicts promenading couples, in eighteenth century costume within a picturesque landscape.  The left panel illustrates attendant boatmen on the lake and the right panel two musicians.

The panels to the reverse of the screen depict a corresponding picturesque landscape with classical urns issuing flowers flanking a central pavilion.  The screen is unusual in that the quality of the panels to the reverse is of the same high standard as the front. It is rare to see the use of such expensive vernis Martin panels on both sides of a screen. It is indicative of the high level to which this piece was produced, and at considerable expense.

The technique of Vernis Martin was perfected by four brothers who produced what is considered to be the finest form of European japanning, lending their name to what later became a generic term.  The elder brother, Guillaume (d. 1749) and Étienne-Simon (d. 1770) were granted a monopoly for producing imitations of Chinese and Japanese lacquer in 1730, which was renewed in 1744.

Vernis Martin was developed from a varnish called cipolin.  It is remarkably lustrous and fine in texture and produces an array of colours ranging from greys, greens and blues and enhanced by gold dust beneath the surface producing a sparkling finish.  This lengthy process requires the application of as many as forty layers to be applied to the surface, each of which is then polished to result in the required depth and finish.