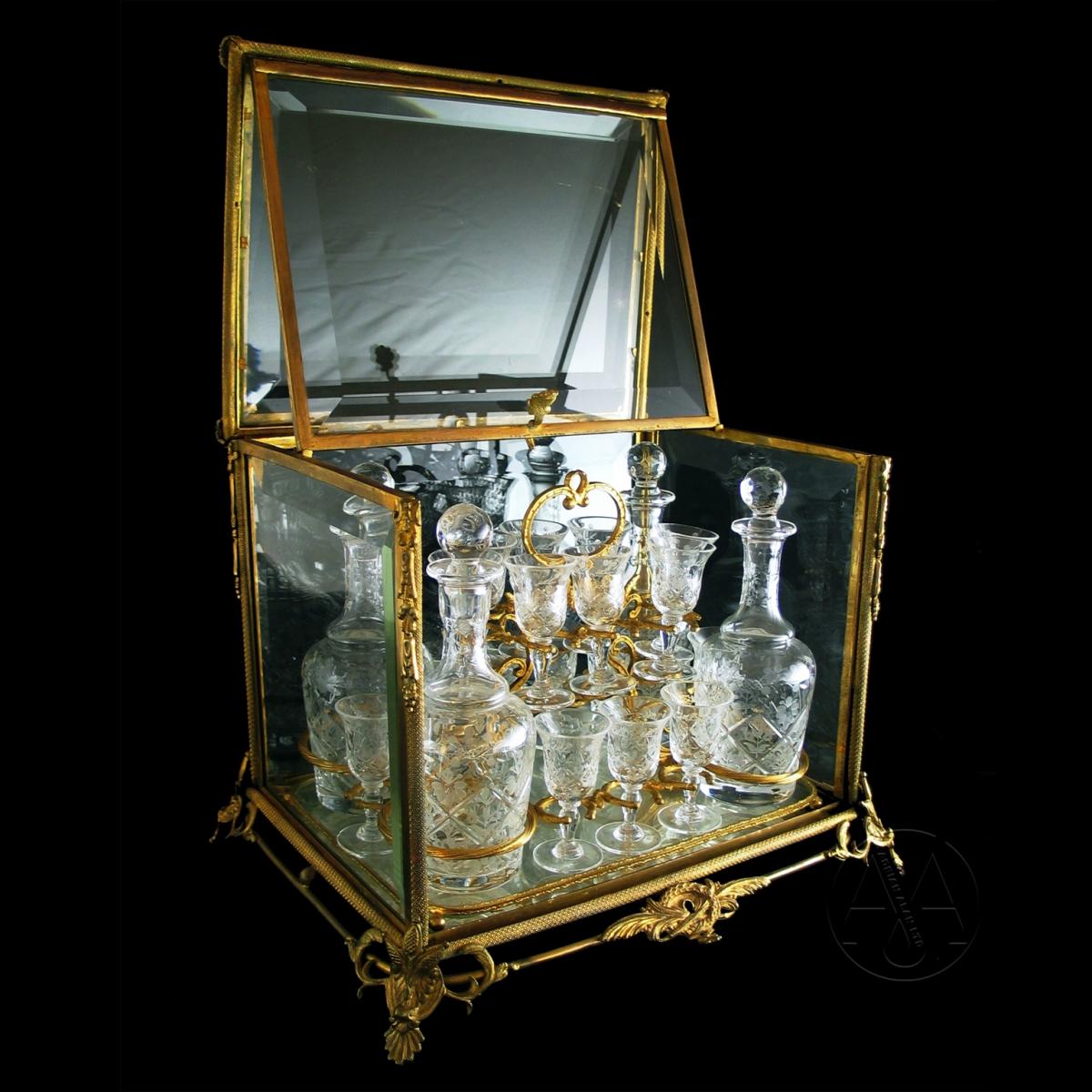 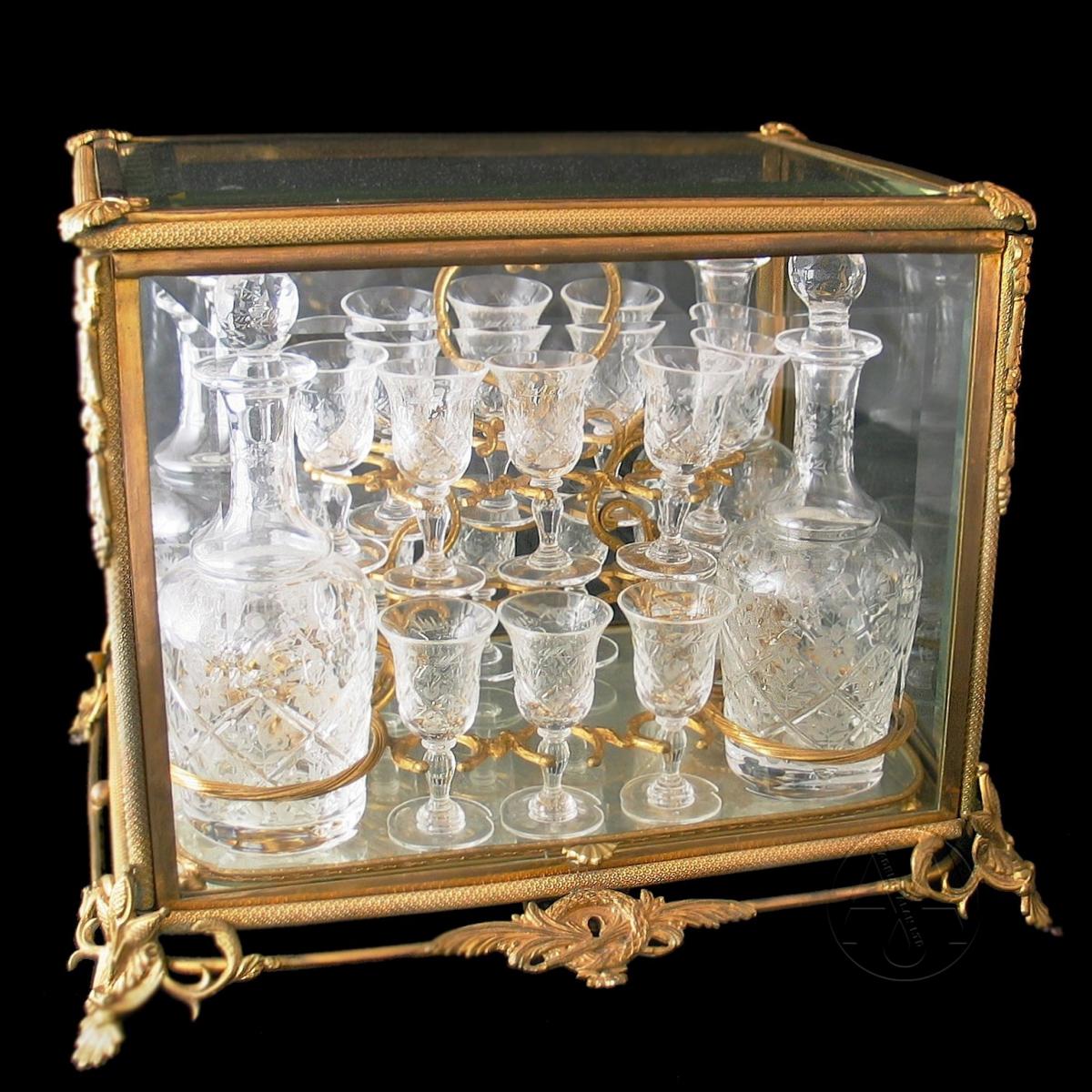 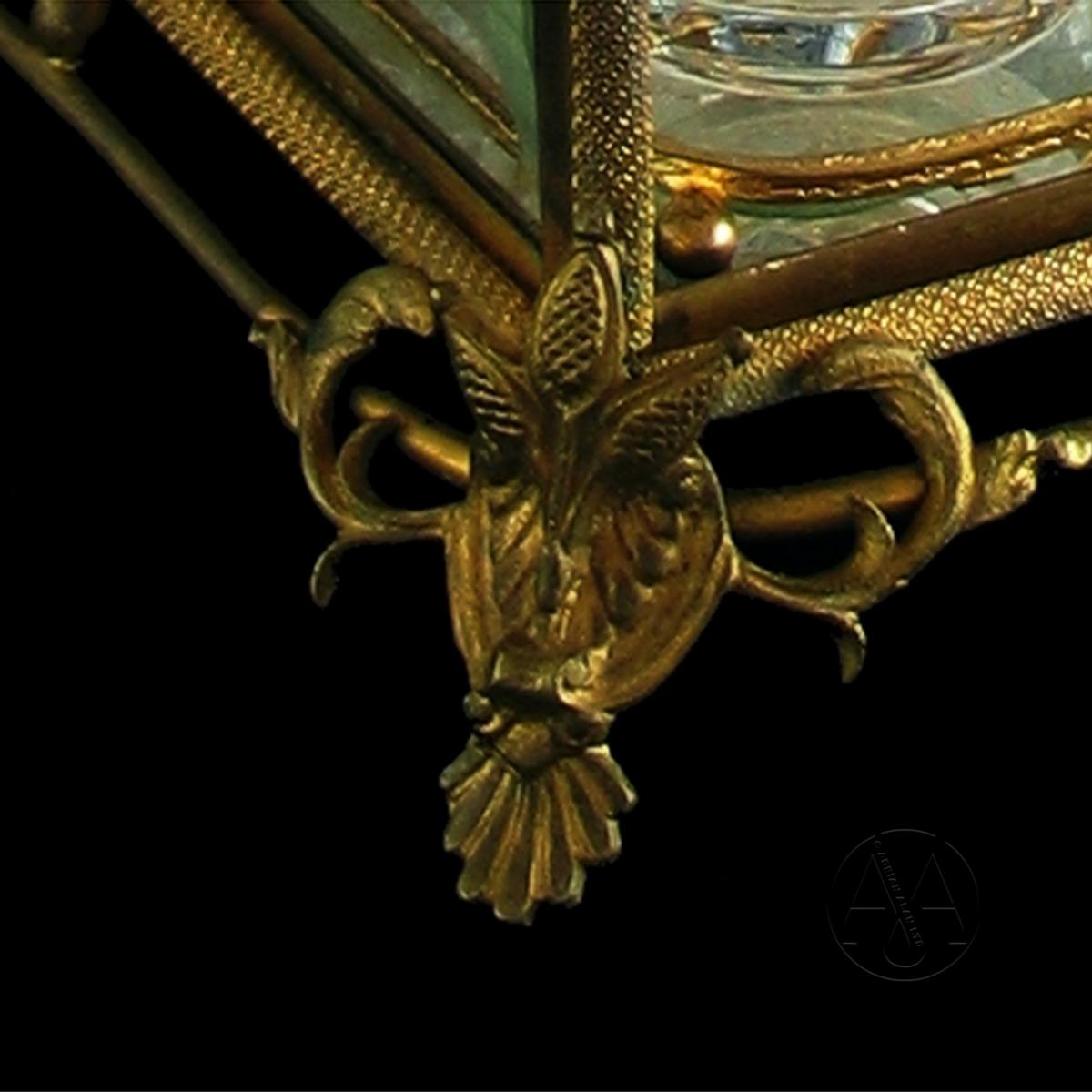 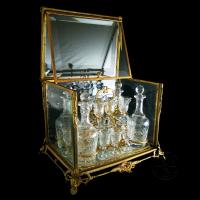 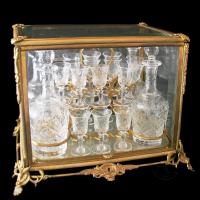 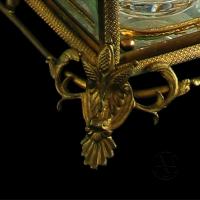 The set consisting of four decanters and sixteen glasses each finely facet cut and wheel engraved on a lift out gilt-bronze and mirrored frame, within a gilt-bronze and bevelled glass case. 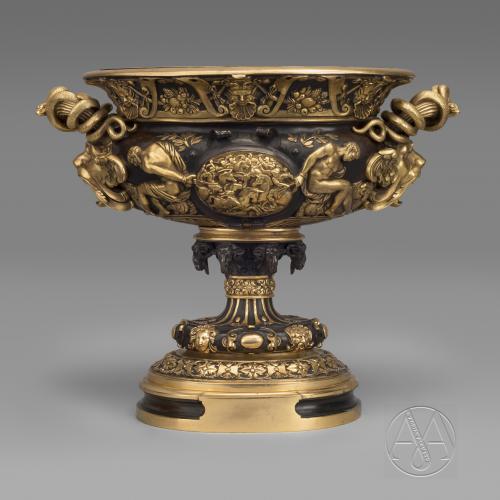 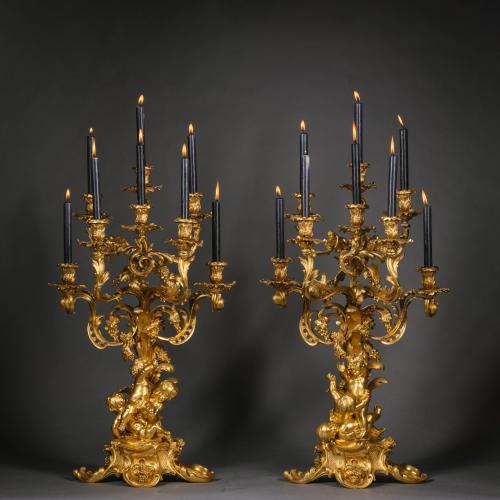 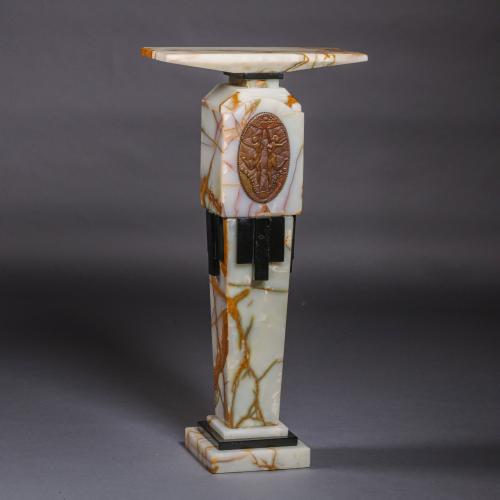 An 'Art Deco' Patinated Bronze, Onyx and Polished Slate Pedestal By Demétre Chiparus
Adrian Alan
View all from this dealer