Giles Grendey: A Pair of George II Walnut Side Chairs 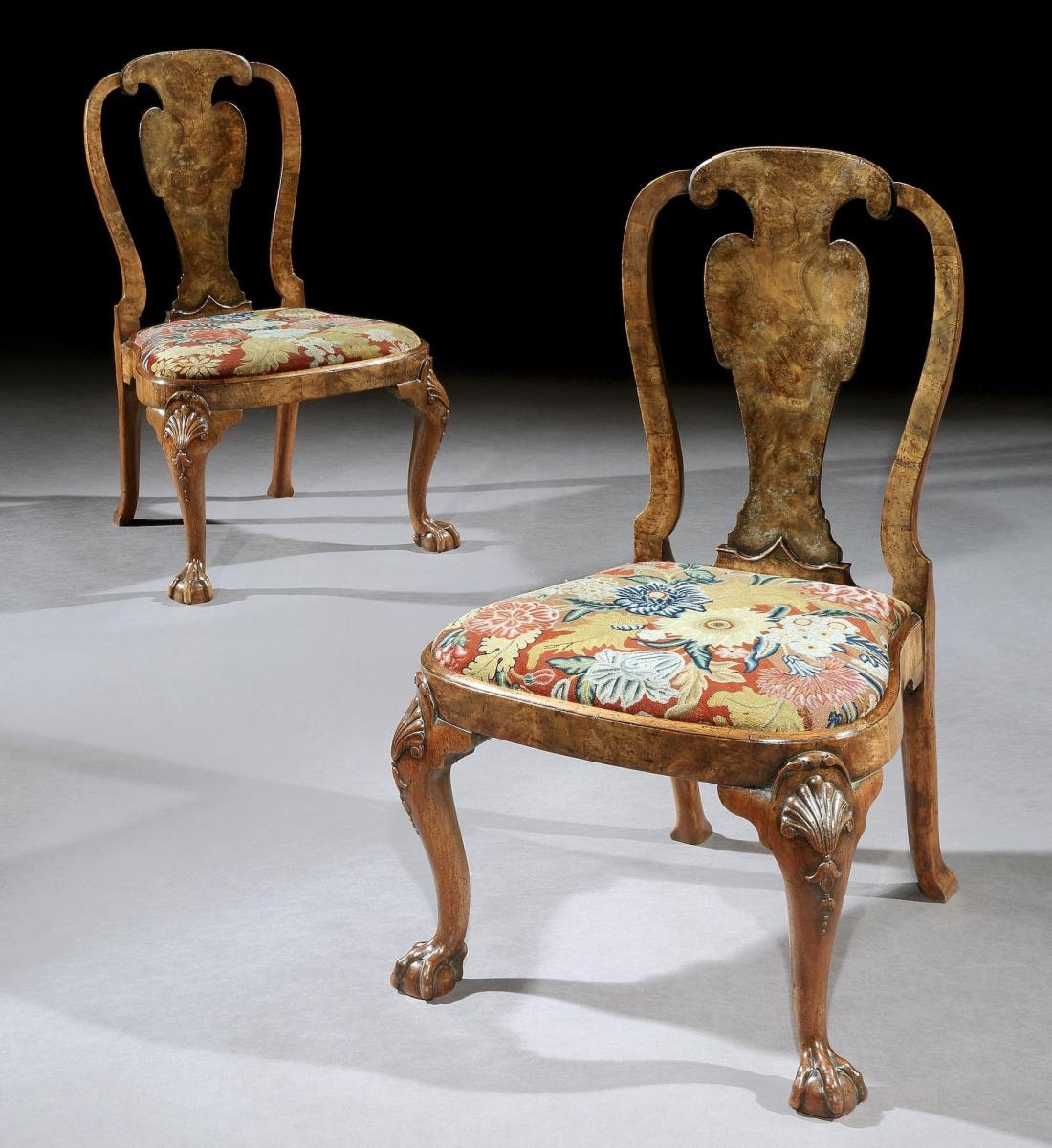 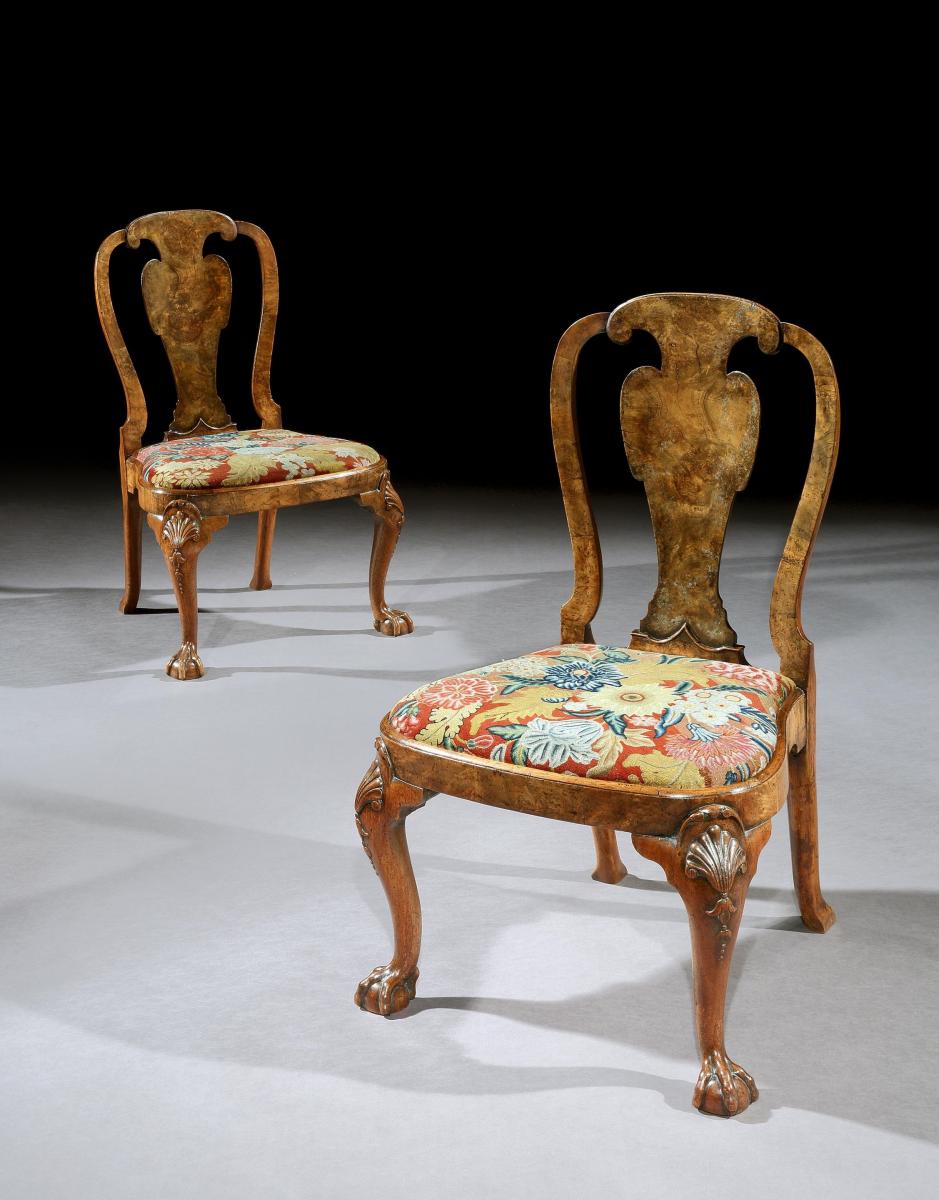 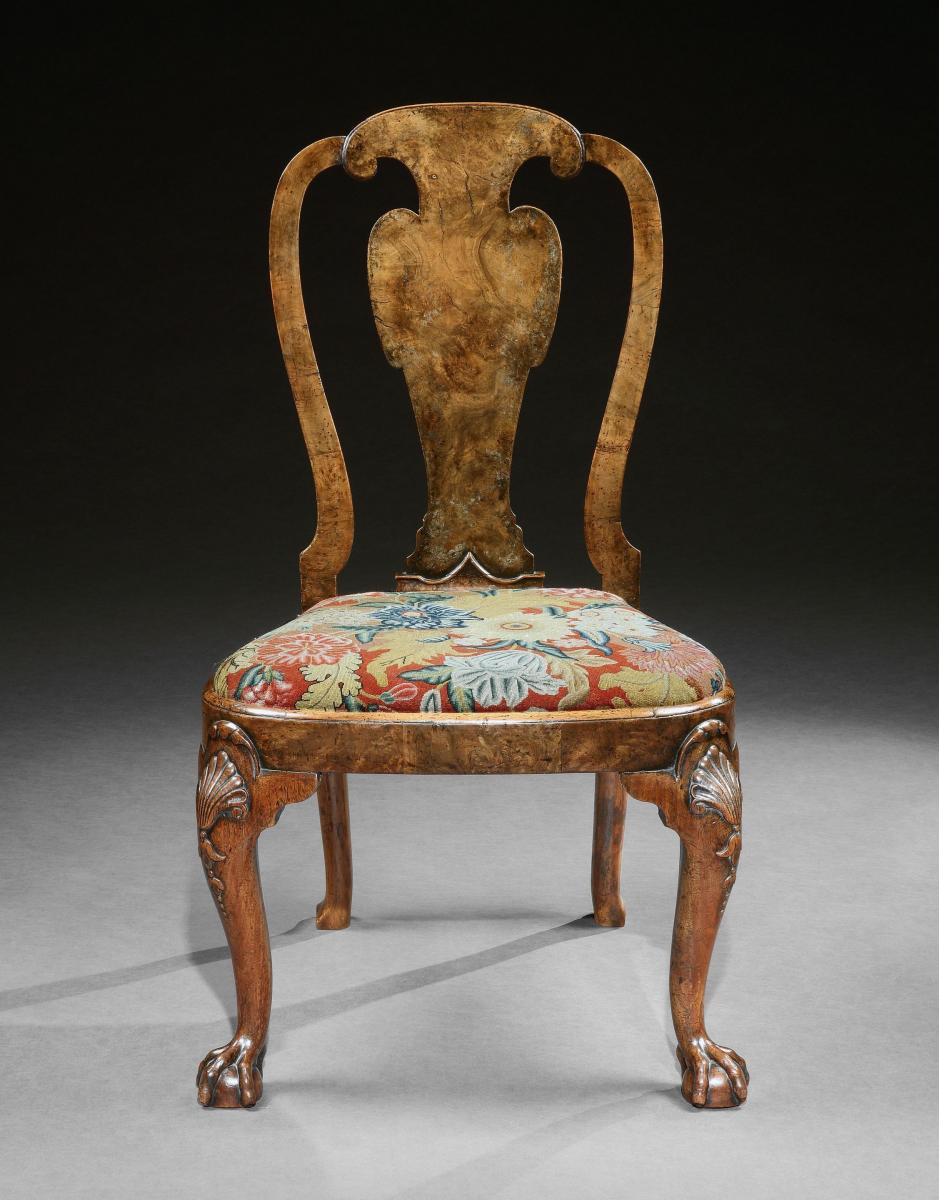 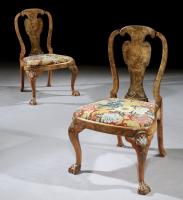 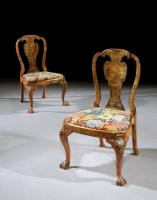 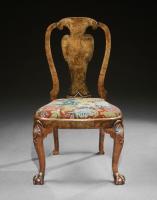 A very fine pair of George II walnut side chairs attributed to Giles Grendey. Each chair with a scrolled top-rail above a vase-shaped splat flanked by serpentine stiles, with drop-in needlework seats above cabriole legs with carved shells to the knees, standing on claw and ball feet.

With journeyman initials stamped to the back rails.

Giles Grendey
Giles Grendey (1693 – 1780) was a leading London cabinet maker, born in Wooton-under-Edge in Gloucestershire, and was apprenticed to the London joiner William Sherborne, becoming a freeman in 1716. Taking his own apprentices by 1726, Grendey was elected to the Livery of the Joiners’ Company in 1729.

His first workshop was at St. Paul’s, Covent Garden, moving to St. John’s Square, Clerkenwell in 1772 where he developed a thriving export trade. His labels advertised that he ‘makes and sells all sorts of cabinet goods, chairs, and glasses.’

It was reported in various newspapers on August 7, 1731, including the Daily Post and Daily Advertiser, that a fire which started on adjacent premises to Mr Grendey ‘a Cabinet-maker and Chair-maker’ caused him to lose furniture to the value of £1,000, which he ‘had packed for Exportation against the next morning’.

His most famous recorded commission came from the Duke of Infantado, Lazcano, northern Spain, who acquired from Grendey a suite of some seventy pieces of scarlet japanned furniture, which included cabinets, tables, torcheres, mirrors and chairs.

Grendey’s daughter Sukey married John Cobb, a cabinet maker who partnered with William Vile and also served as a cabinet-maker for George III.

Grendey specialised in walnut and mahogany furniture for the English market and a number of his pieces survive today in both public and private collections.