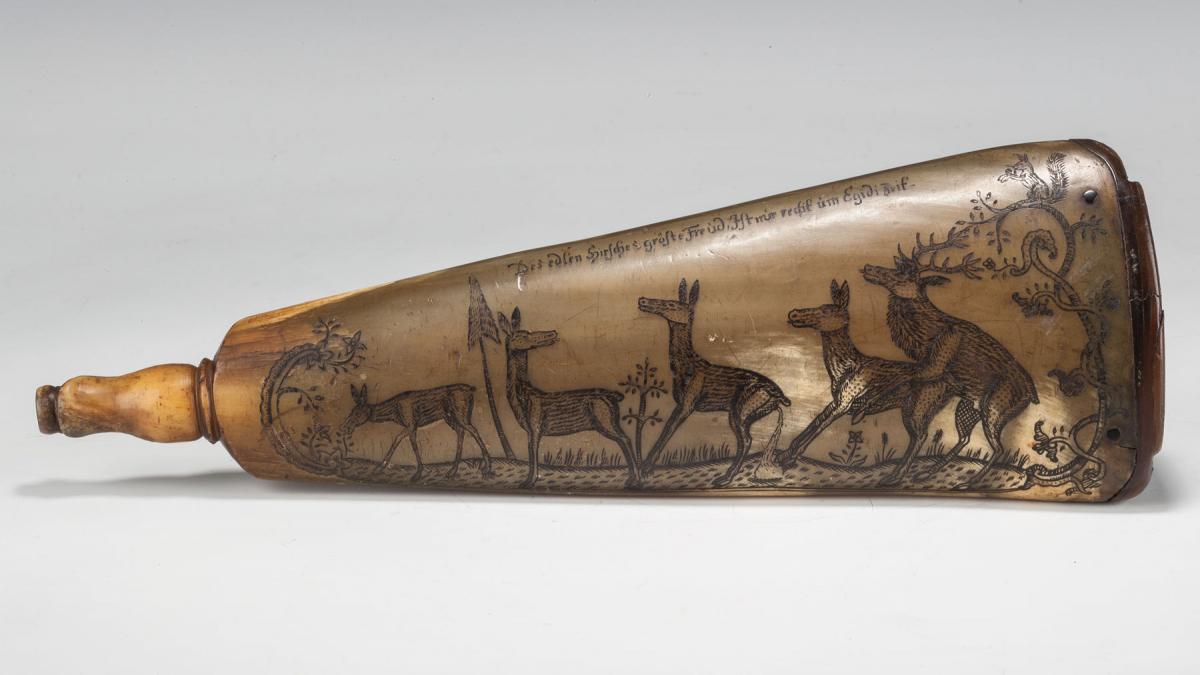 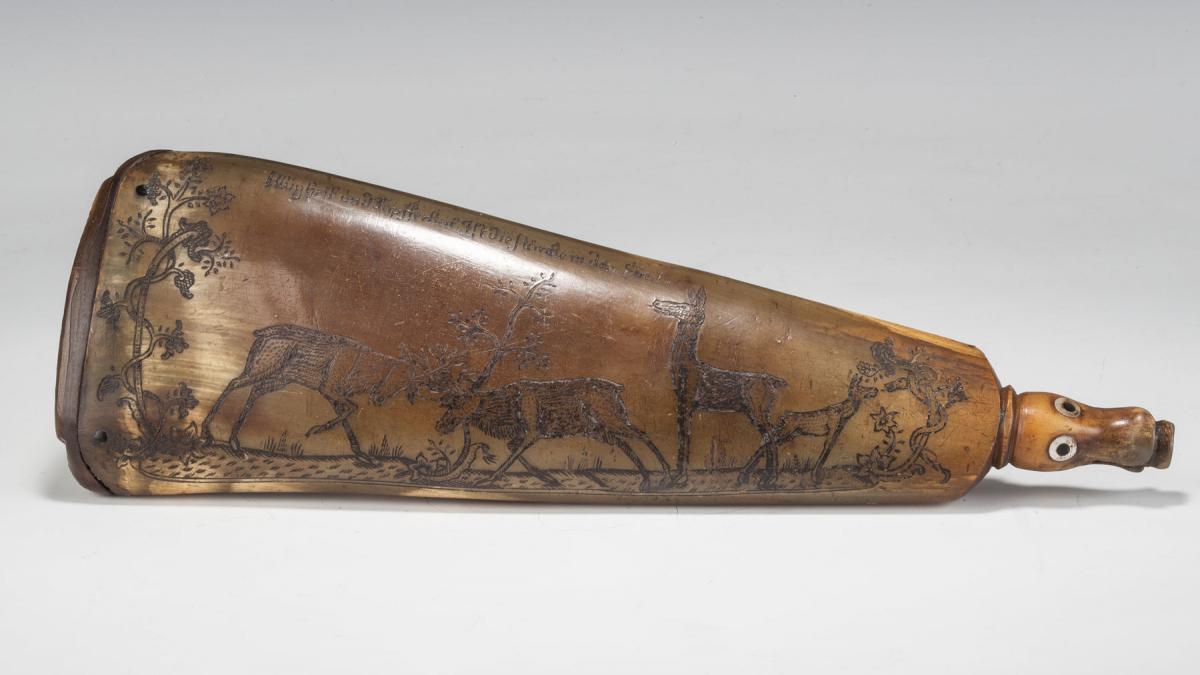 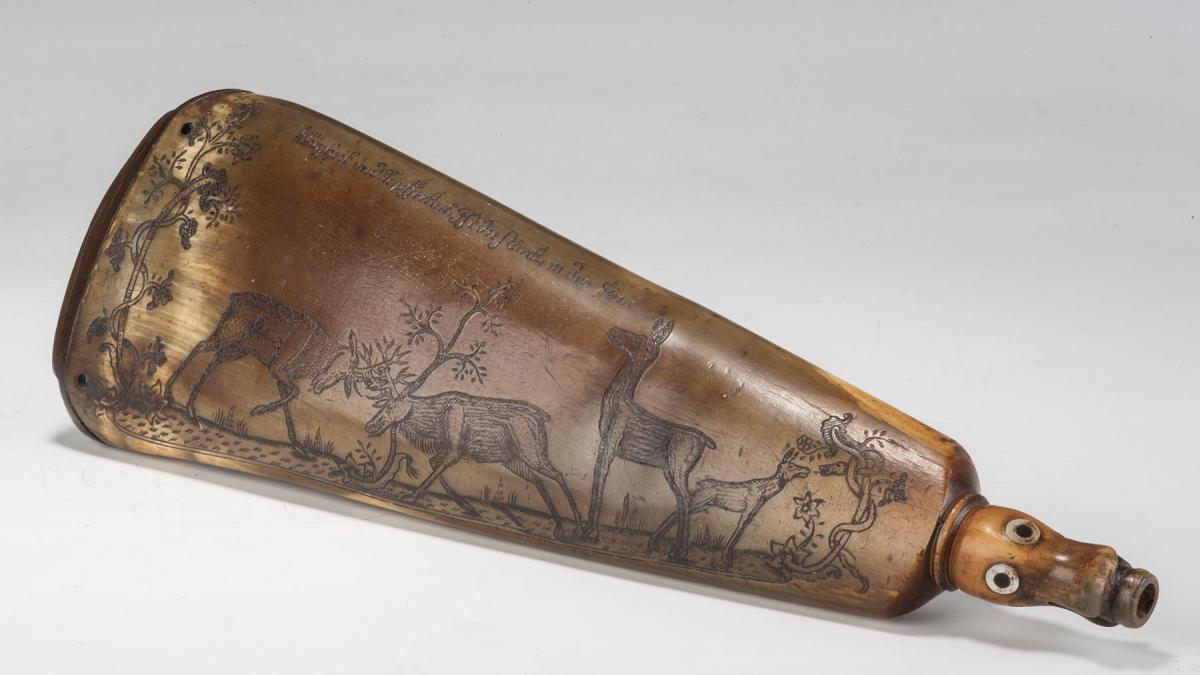 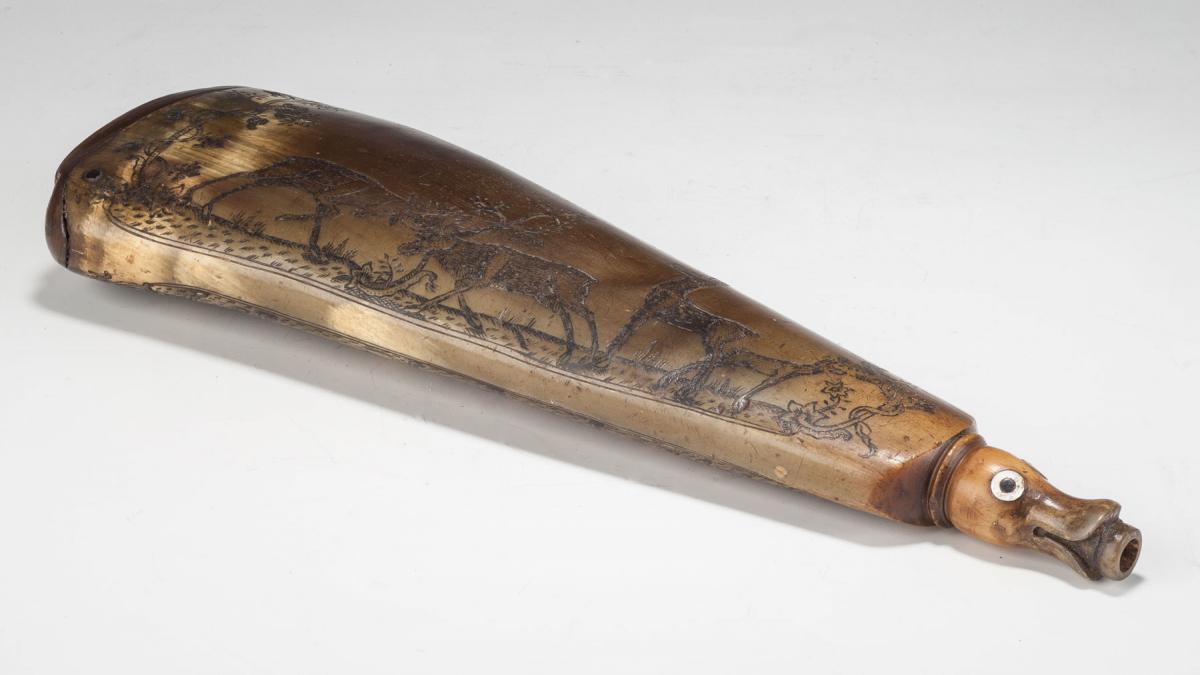 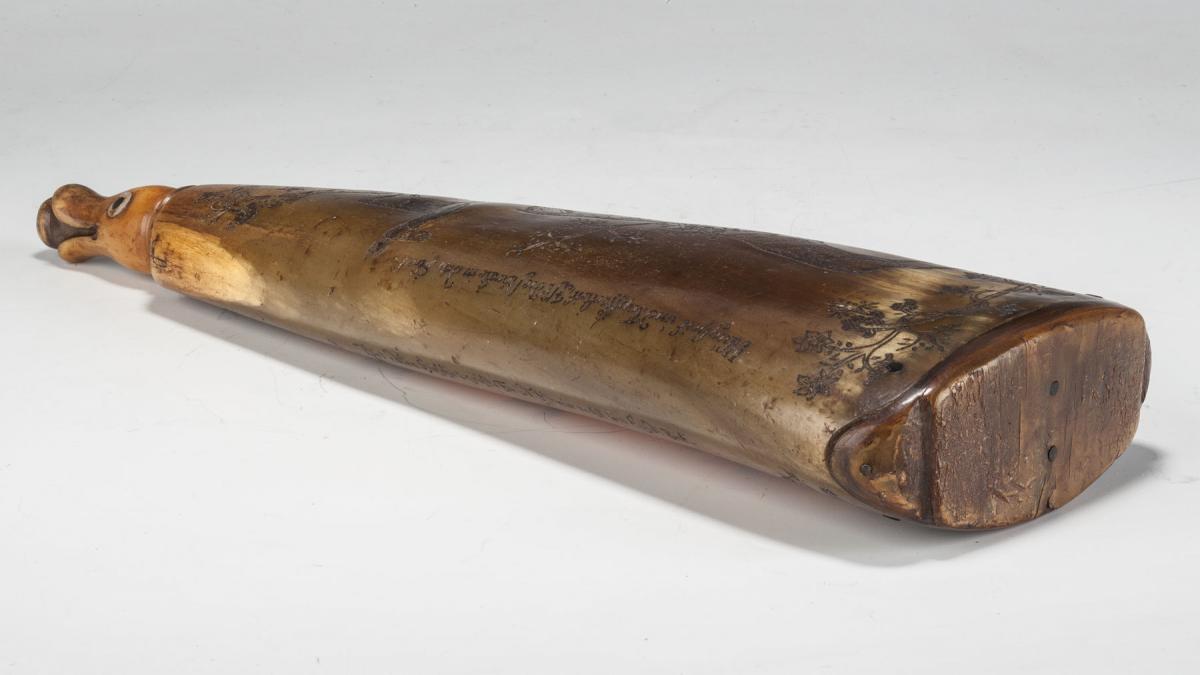 A marvellous hunter's powder-flask, horn, in the form of a shotgun stock, engraved obverse and reverse with scenes relating to the stag, the nozzle with mother-o-pearl and dark wood eyes.

A text to each side in old German, that to the top translating approximately to 'cleverness and bravery make you strong in battle', the text to the reverse is a little more obscure but refers to the ancient legend of Saint Egidius.

Orphaned at a young age he was raised by a deer and protected as her own calf. Later in his life this deer was hunted and at the crucial moment of the hunt Egidius put himself between the huntsman and the deer and was killed. 'The noble deer has it's greatest joy (of life) under the protection of Egidius'.

The first text may refer to the owner as a soldier, the second as a hunter.