Gerald Gardiner - The Farm in Winter 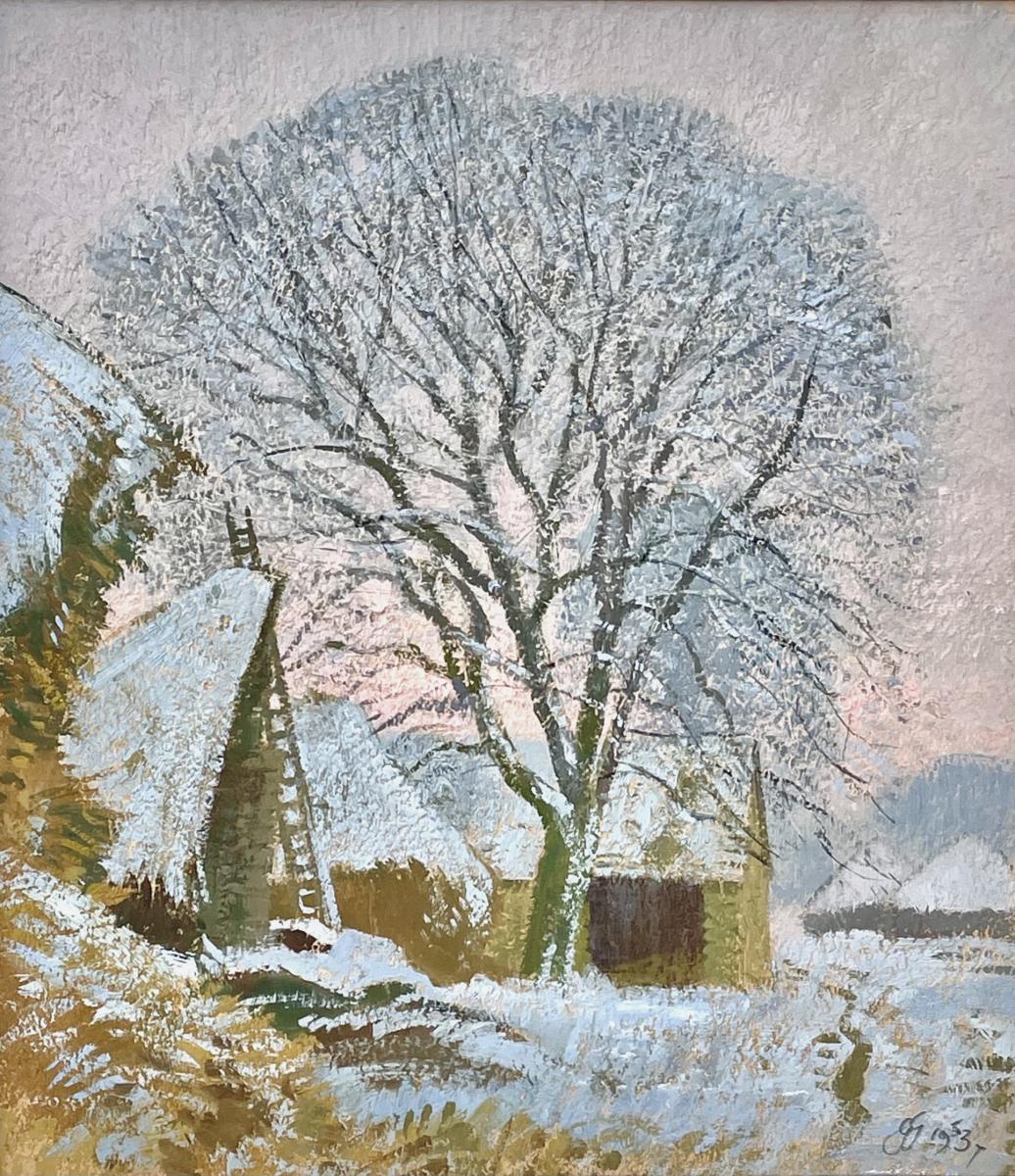 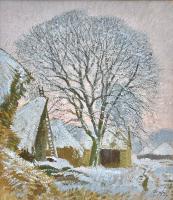 The Farm in Winter..

Signed with initials and dated l.r.: GG 1953; signed and dated on the reverse.
Gouache.
Framed.

Gardiner studied at Beckenham School of Art under Percy Jowett and then at the Royal College of Art, 1923-1927.  He exhibited widely at the Royal Academy, Royal Scottish Academy, New English Art Club and elsewhere.  He was elected an Associate of the Royal West of England Academy in 1949.

In 1927 he moved to Up Hatherley, near Cheltenham, Gloucestershire and from 1934 he lived at Lower Nash End, Bisley, Stroud.  During World War II he served in the local Home Guard and completed three large murals for the Cheltenham Services Club.  He taught at Cheltenham School of Art, becoming Master of Painting. 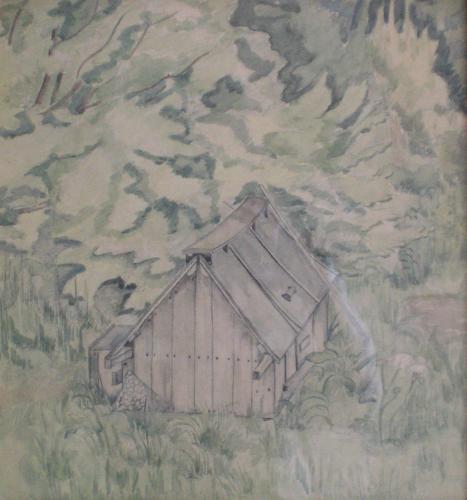 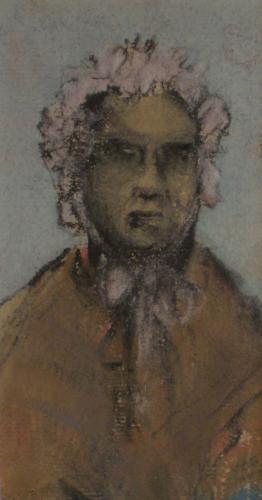 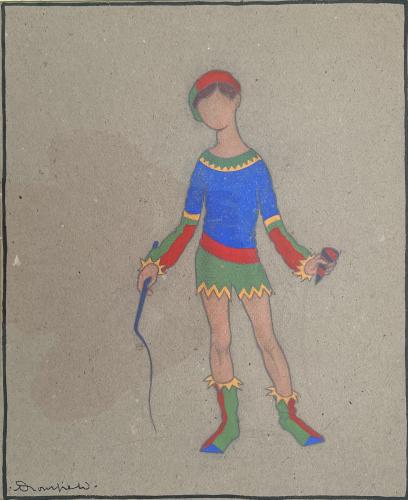