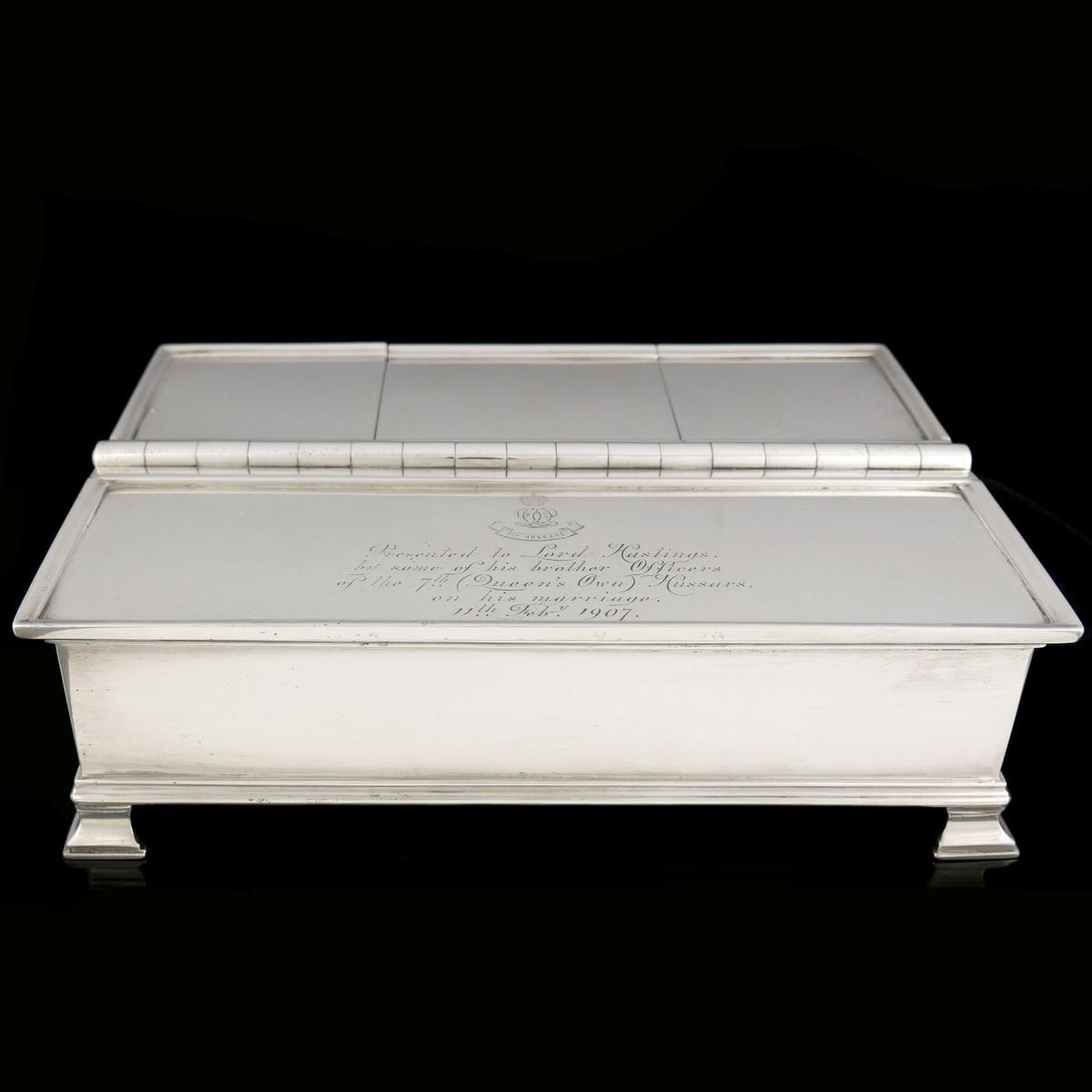 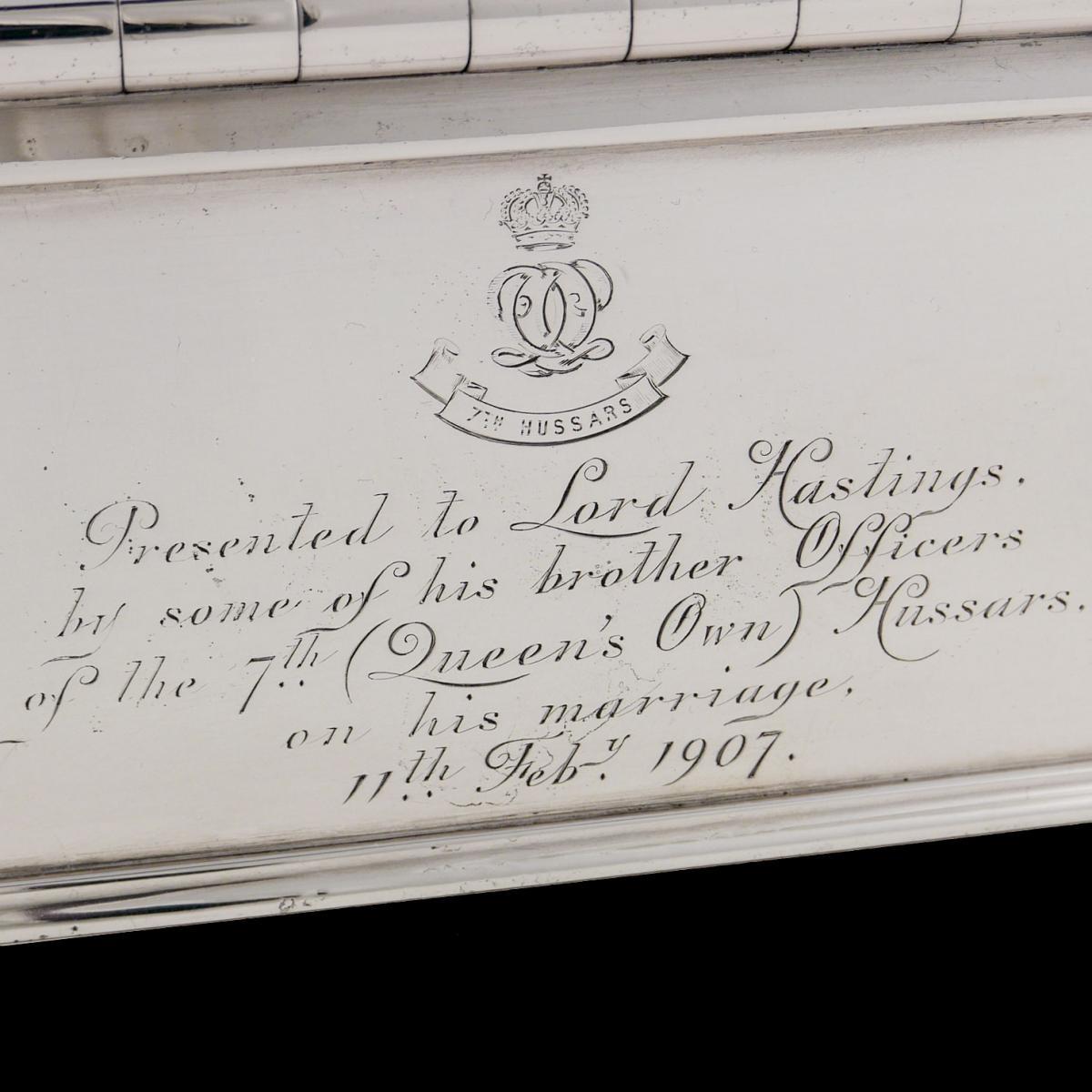 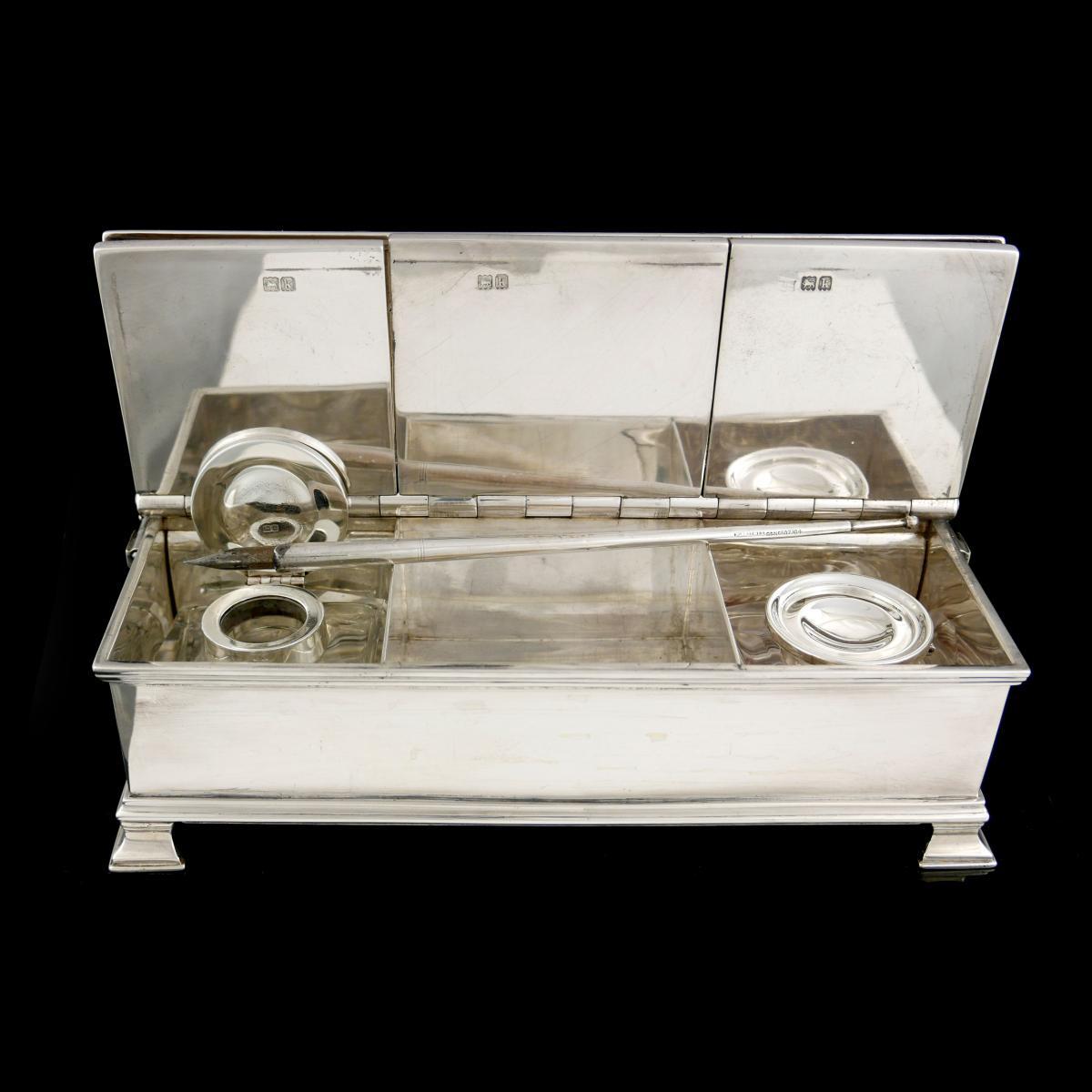 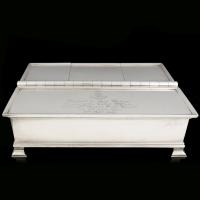 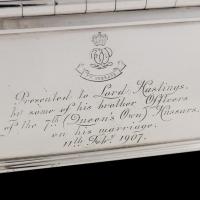 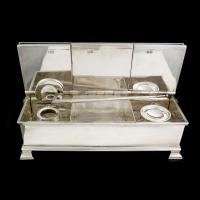 Of ‘Treasury’ type, so called because they were first made, pursuant to an 1686 order from the Lord Chamberlain, for the Treasury or the Privy Council. Twin handled rectangular body on four stepped feet, one half containing pen compartment, the long hinged lid engraved with the light cavalry Guelphic Crown, ‘QO’ cypher badge and regimental title scroll, and inscribed ‘Presented to Lord Hastings / by some of his brother Officers / of the 7th (Queen’s Own) Hussars / on his marriage, 11th Feby. 1907’; the other half compartmentalized to contain two glass ink jars with hinged silver lids.

Albert Edward Delaval, 21st Baron Hastings (1882-1956) was commissioned into the 7th Hussars in 1902, and rejoined during the First World War attaining the rank of Lieutenant Colonel.

He bore a Golden Spur at the coronation of King George VI and Queen Elizabeth II in right of his descent from Sir John de Hastings, 1st Baron Hastings (1262-1313) whose co-lateral ancestor, John Marshal, bore the spurs at the coronation of Richard I in 1189. He married, in 1907, Lady Marguerite Nevill, daughter of Sir William Nevill, 1st Marquess of Abergavenny (1826-1915).