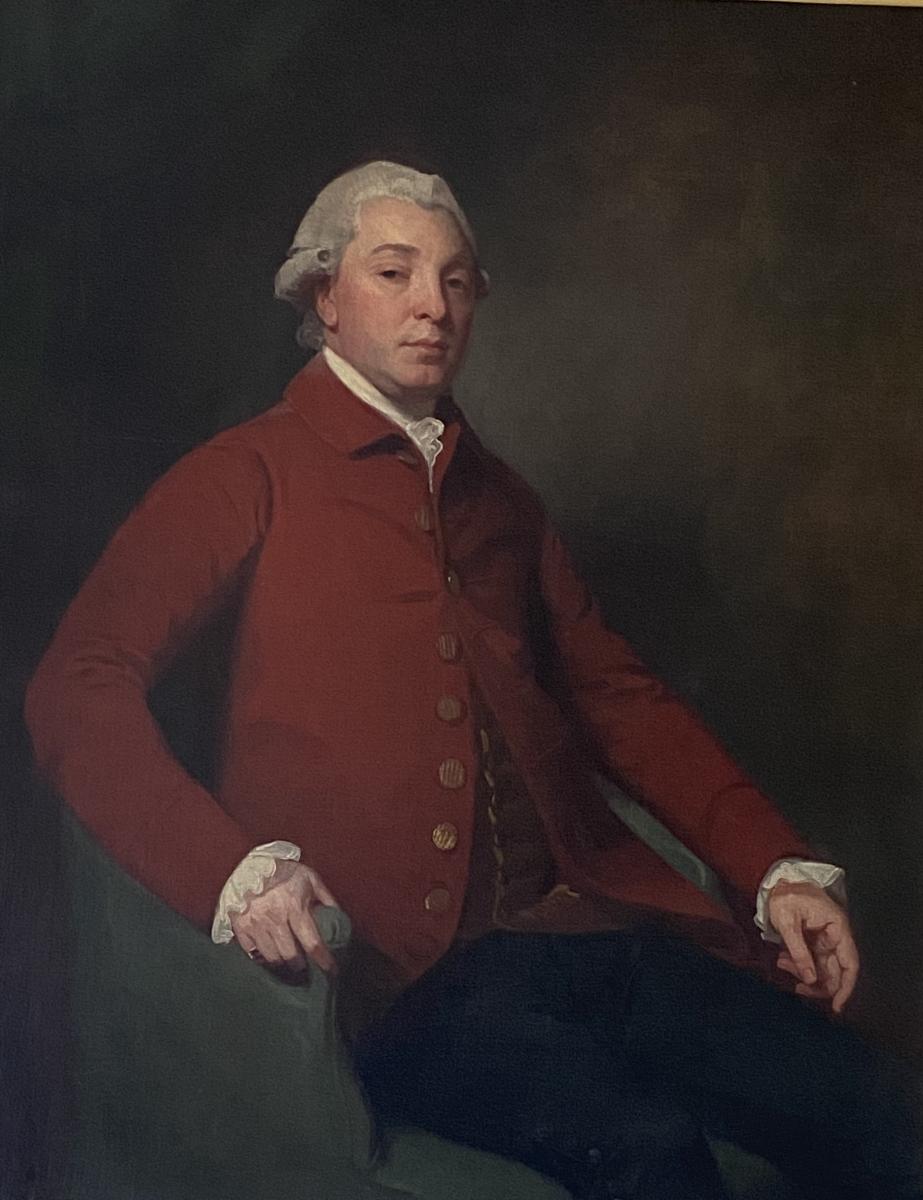 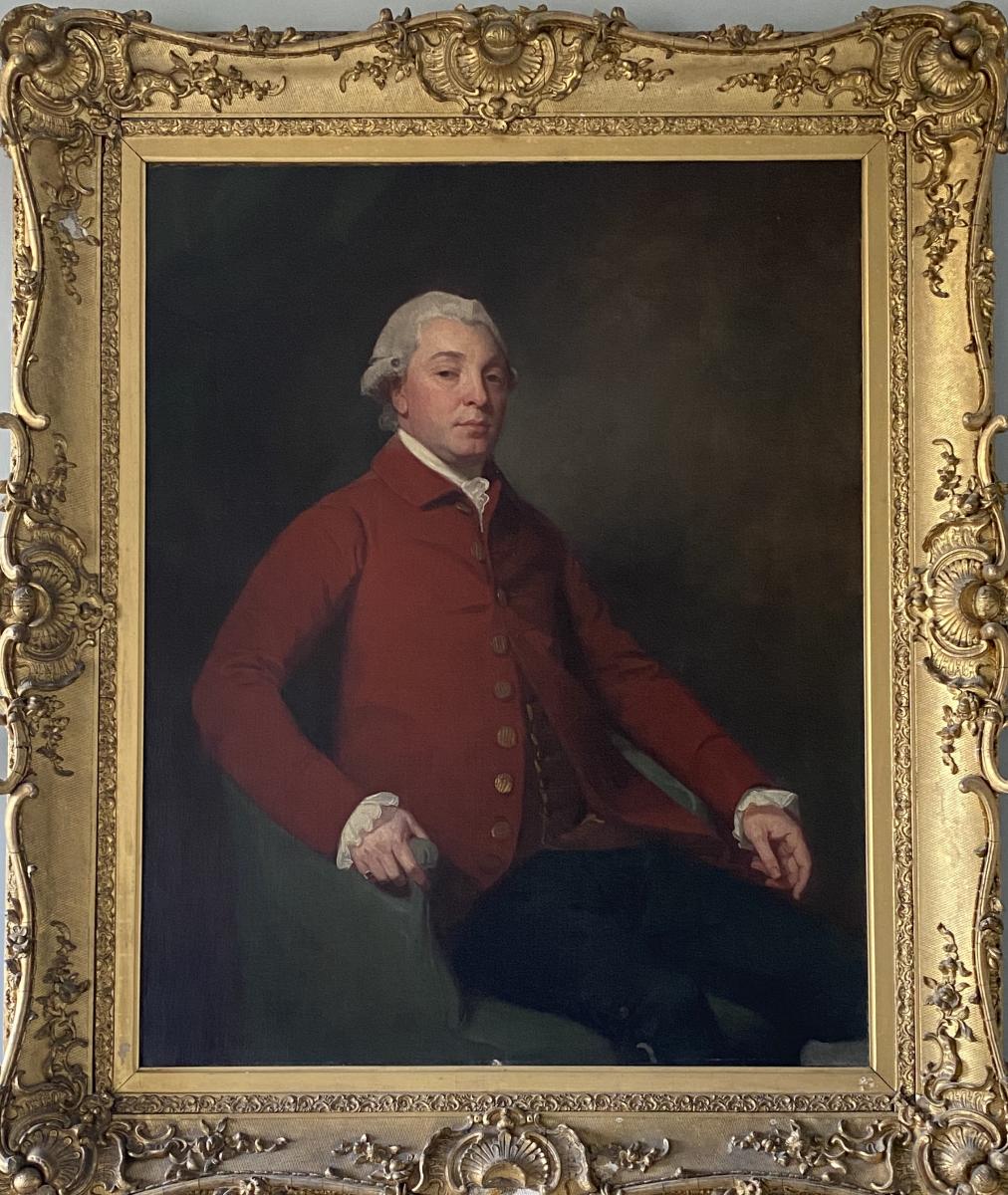 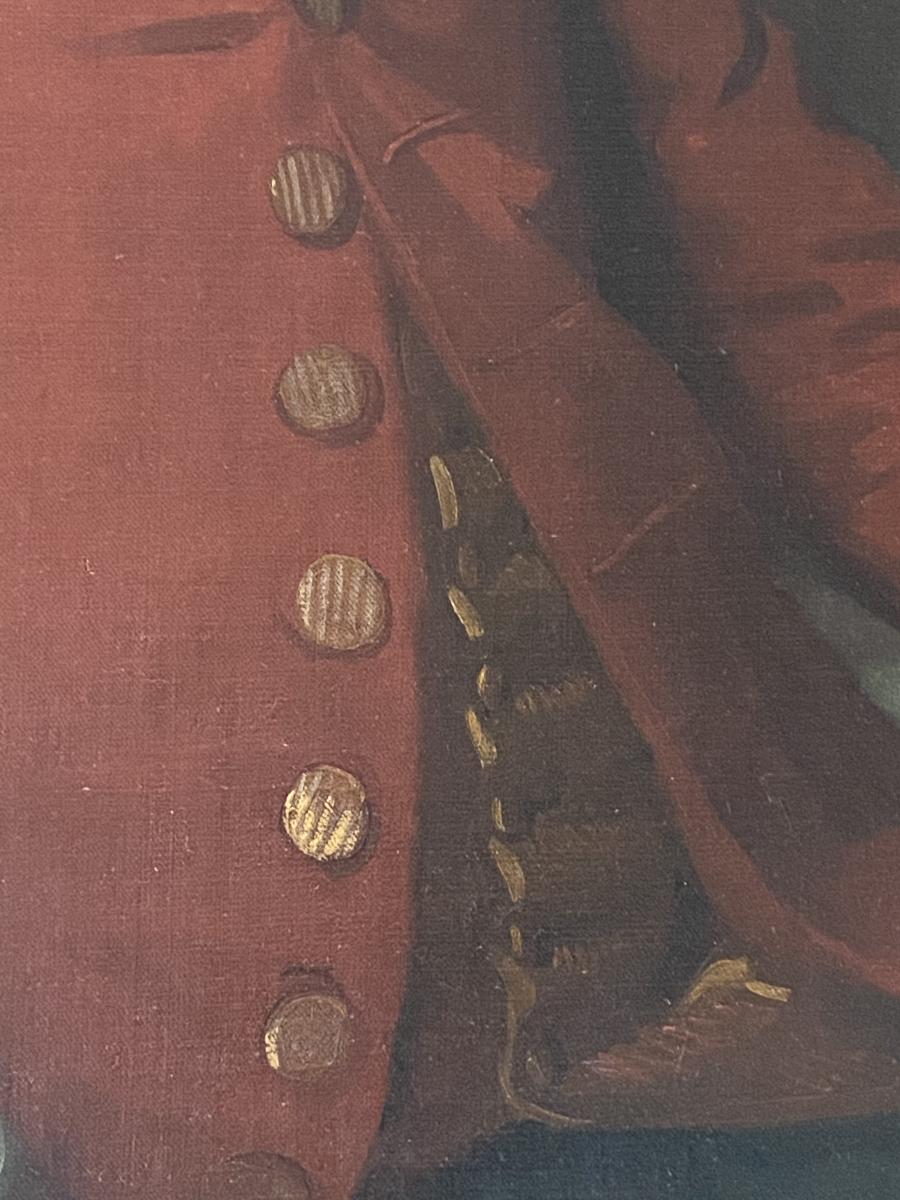 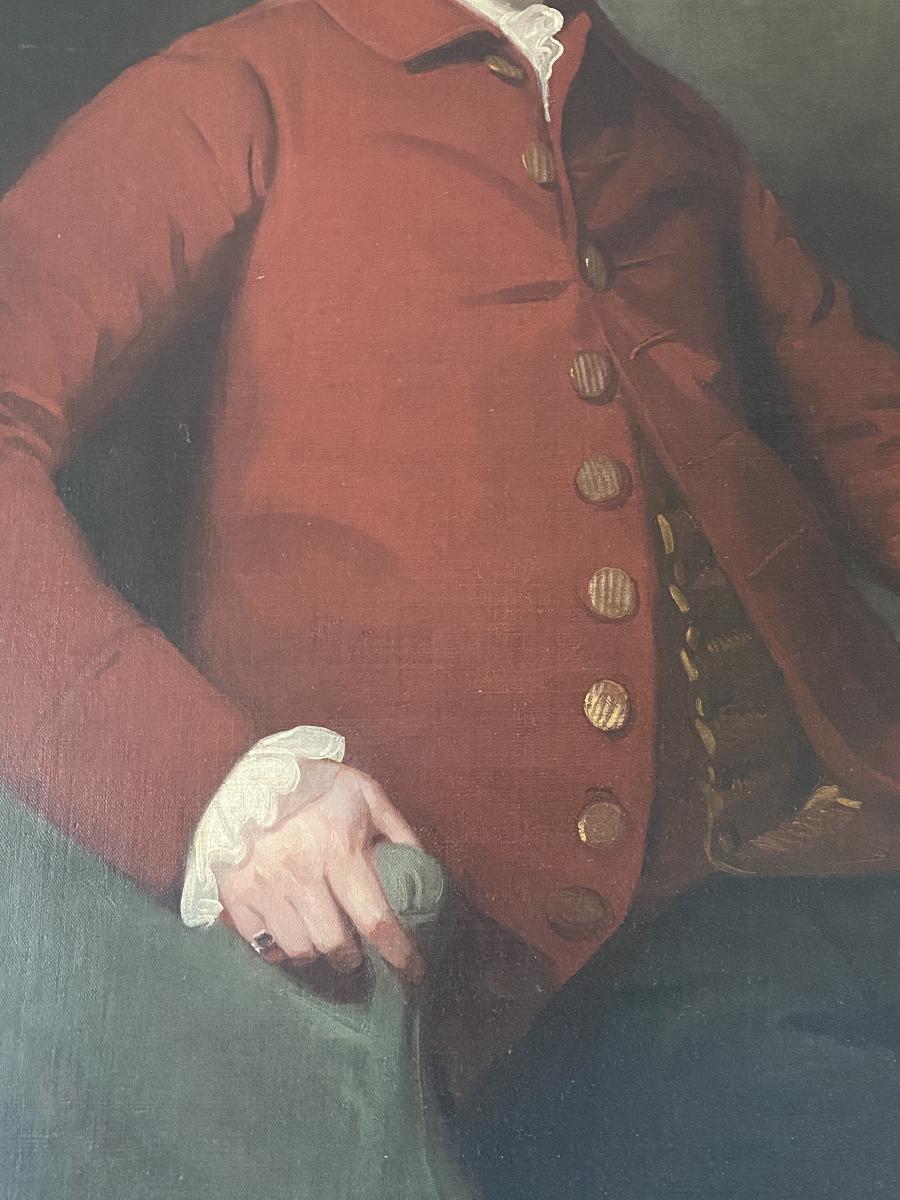 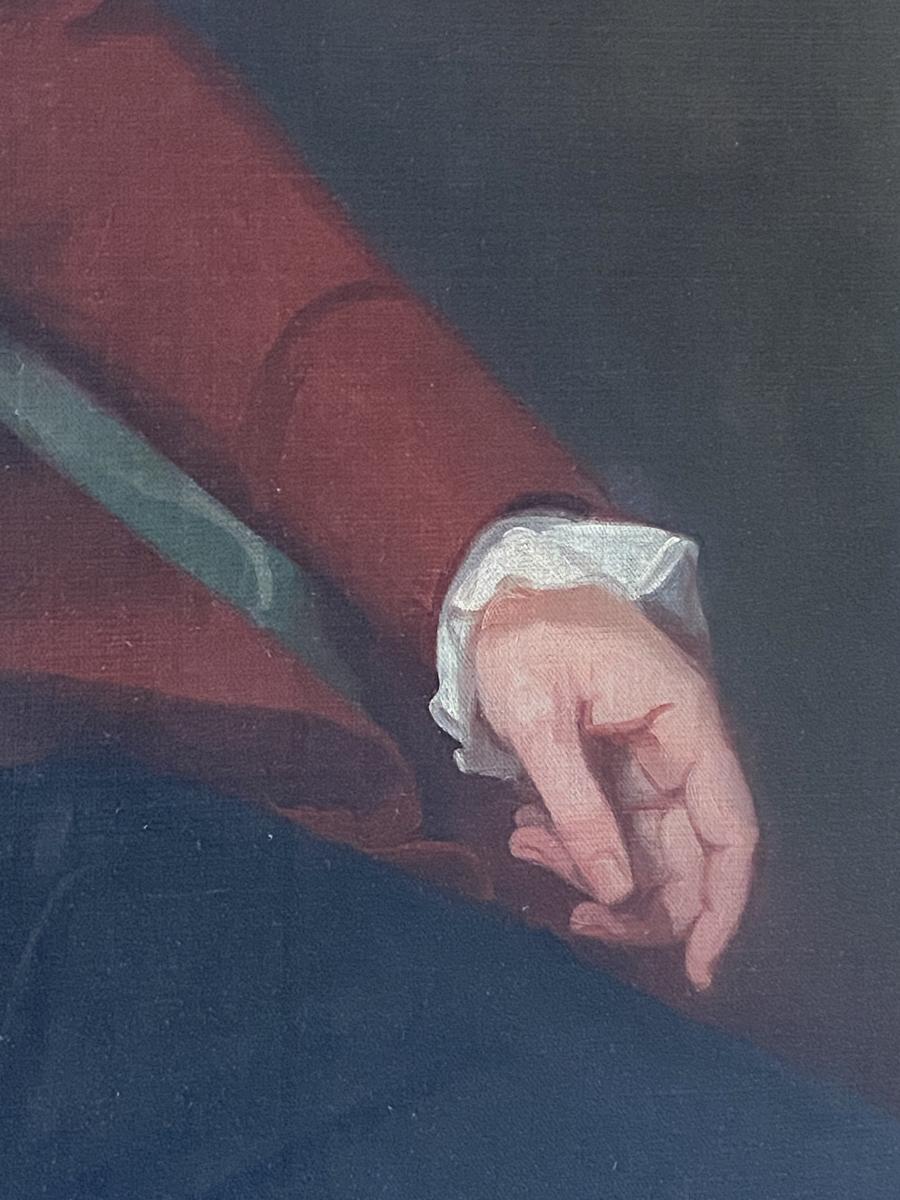 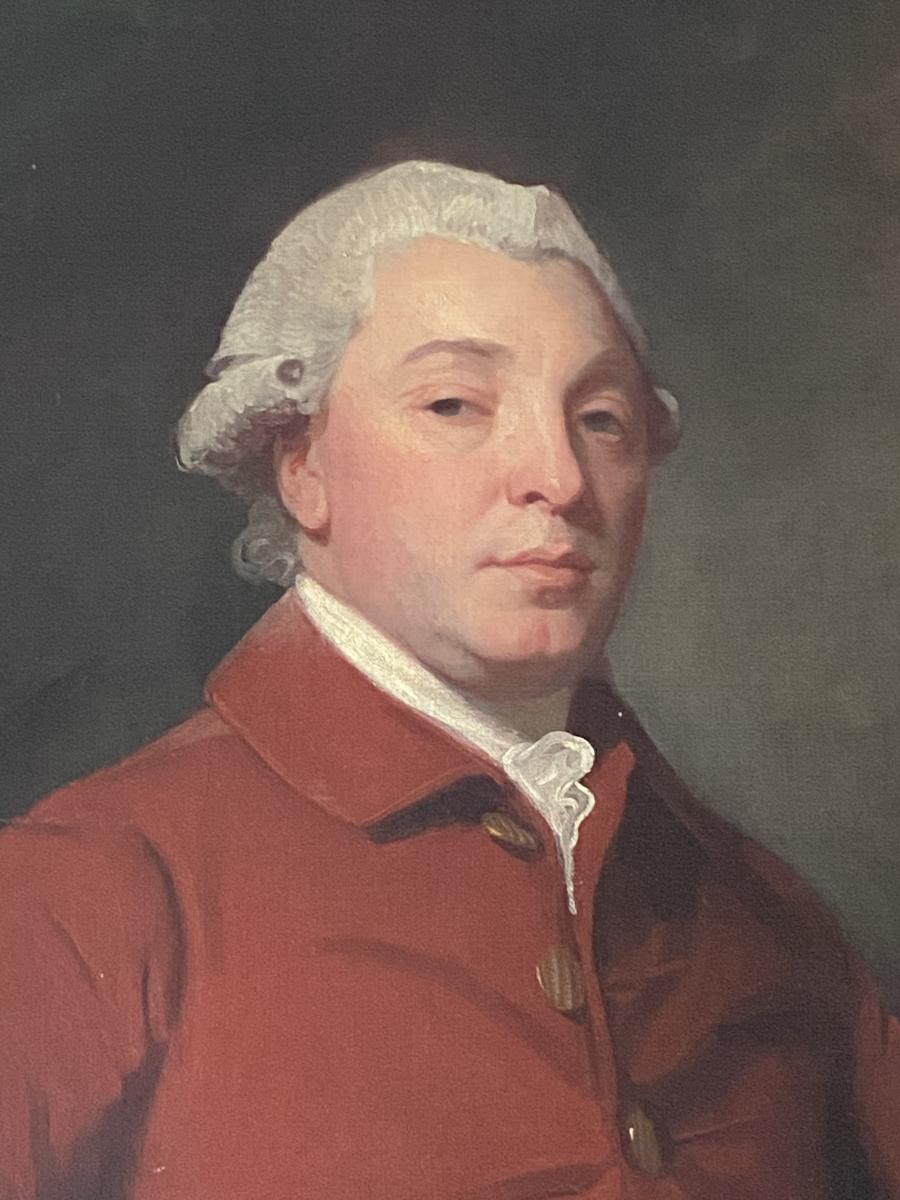 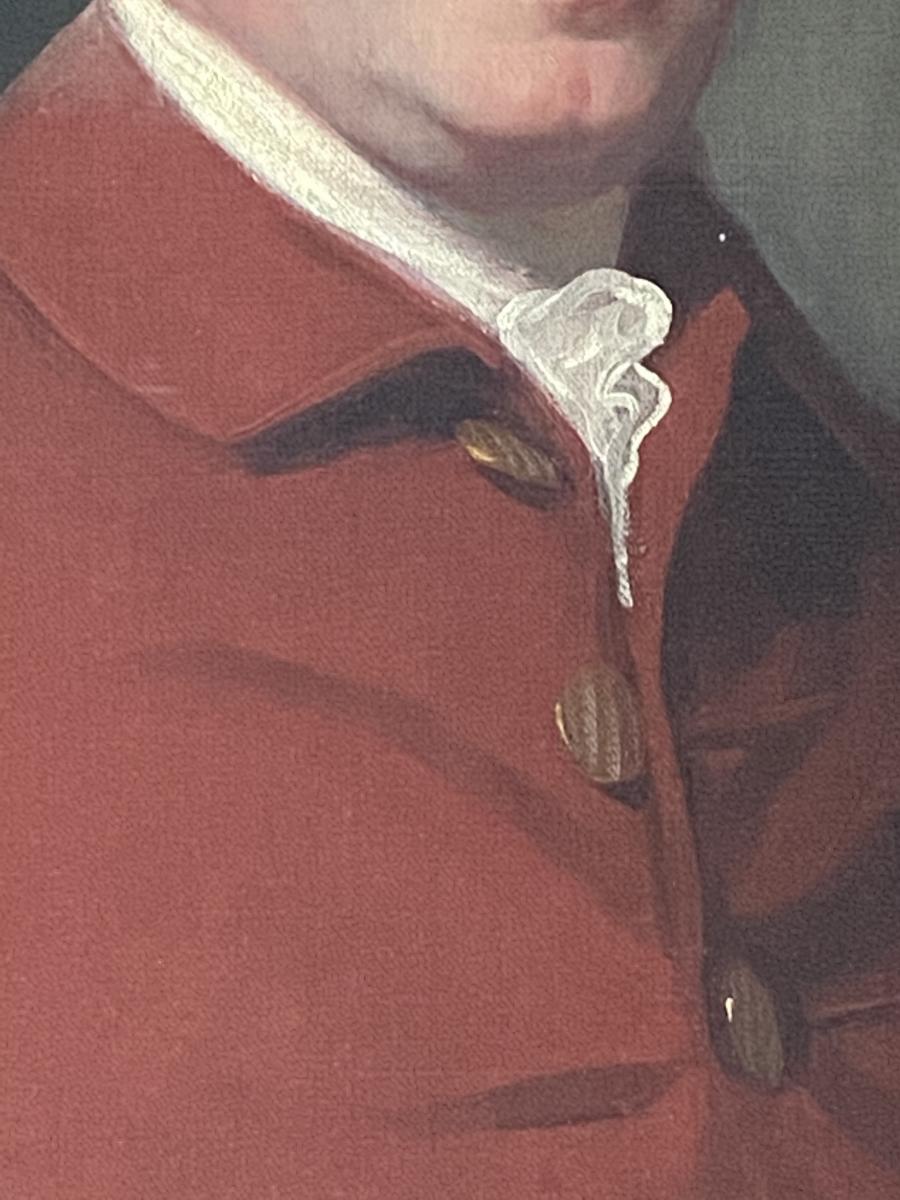 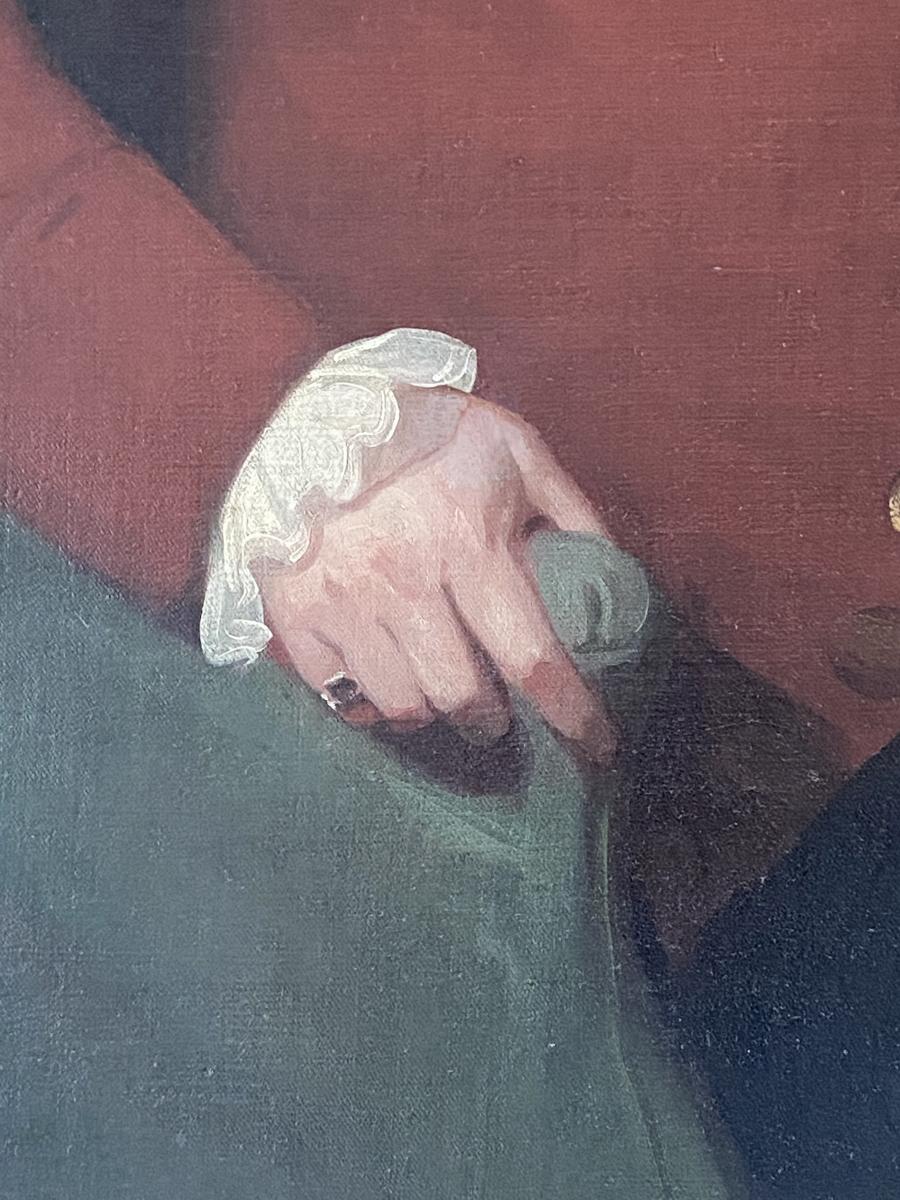 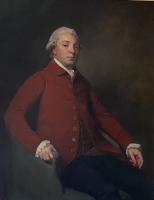 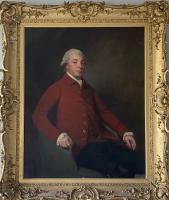 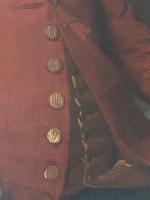 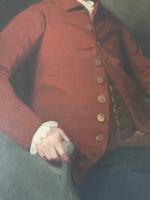 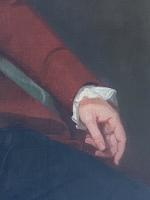 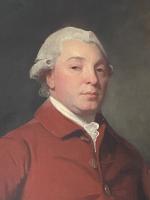 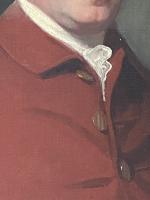 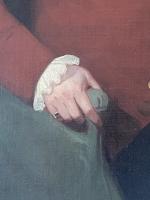 Portrait of a gentleman, believed to be Captain John Stables, three-quarter length, seated in an interior on a green velvet chair, wearing a red jacket with gold buttons and with brown breeches. c.1785.
A reference to a portrait of a Captain John Stables is listed in 'George Romney, A Complete Catalogue of his paintings, Vol III' by Alex Kidson (Yale 2015), and an image of this portrait can be found on page 724.
Another portrait of a slightly younger John Stables exists by Romney painted in 1777, (Whitemarsh Hall), where the sitter is in a standing pose, and there are striking facial similarities between the two portraits giving additional affirmation of the identity of the sitter.

George Romney (Dalton in Furness 1734-1802 Kendal) was an English portrait painter, born near Dalton in Furness in Cumbria, the third of eleven children to John Rumney, a furniture maker and his wife Ann. (George later changed his name to the more aristocratic sounding Romney). When he was twenty, he left his father's workshop to become the apprentice of local artist Christopher Steele, who although had a reputation for being quite wayward in character, gave Romney a solid grounding in the techniques of painting and a liking for deep fresh colour which became a key characteristic of his work.

In 1762, Romney moved to London and by the early 1770's had established himself as a key rival to Joshua Reynolds as a portraitist and enjoyed extensive patronage, receiving commissions from aristocratic families such as the Grevilles and Lord and Lady Arundell of Wardour. In 1755, he leased a house in Cavendish Square in a fashionable part of London where aristocratic families were building properties and he worked for many society figures, including Lord Warwick and the Duke of Richmond. He met his favourite artistic muse, Emma Hart at Cavendish Square through Charles Greville who had commissioned her portrait (later wife of Sir William Hamilton followed by mistress of Lord Nelson), and he painted over sixty portraits of her in various allegorical, mythological and and literary poses.