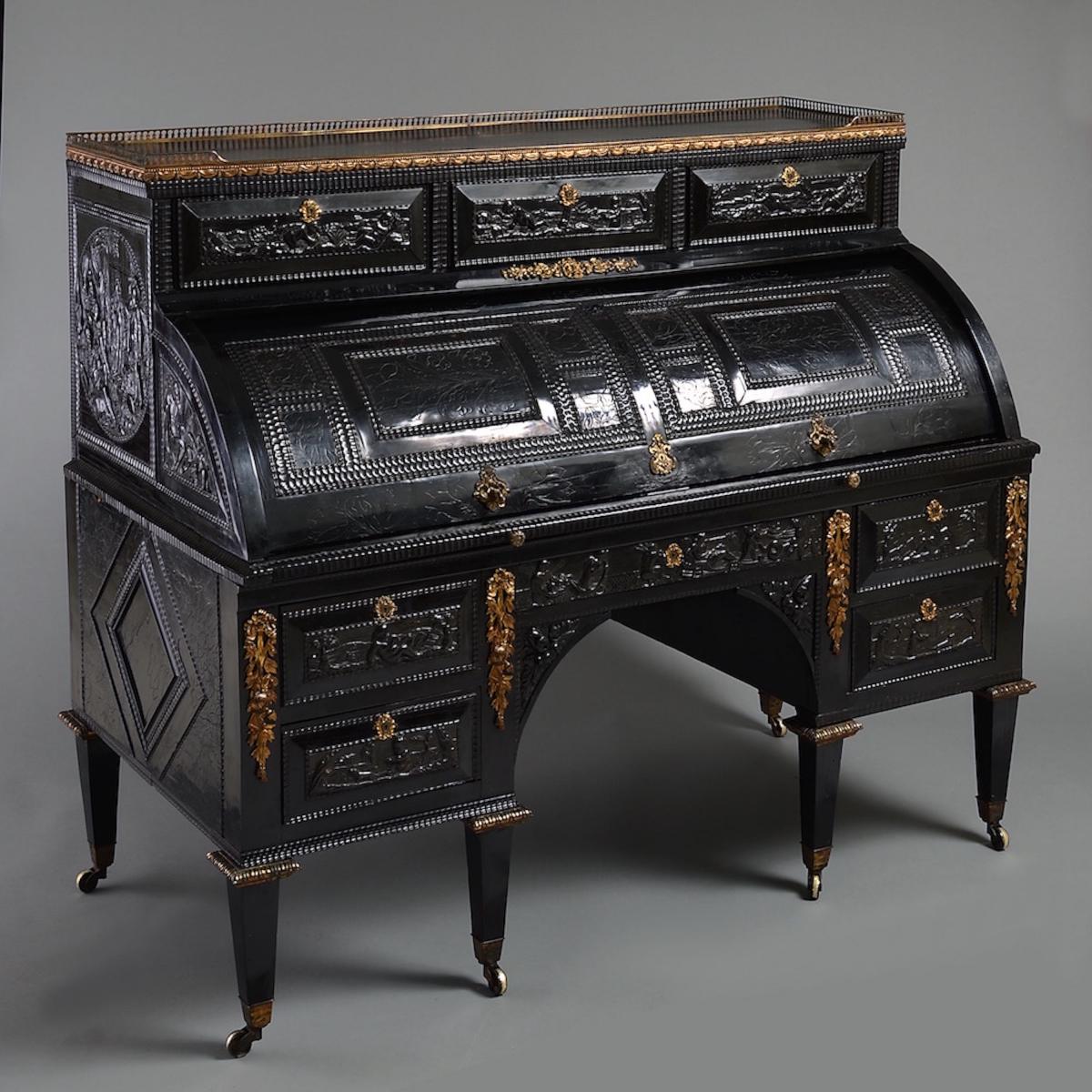 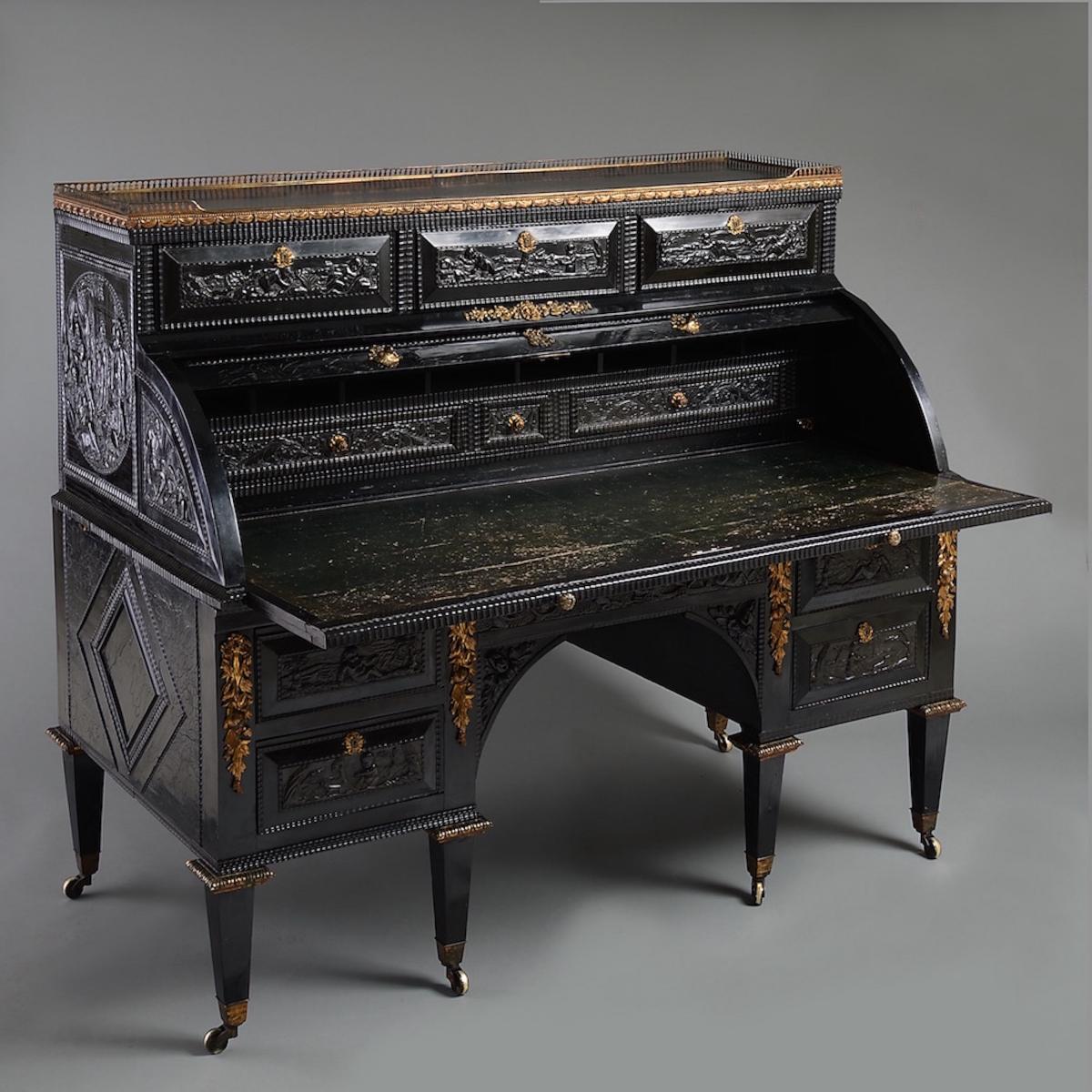 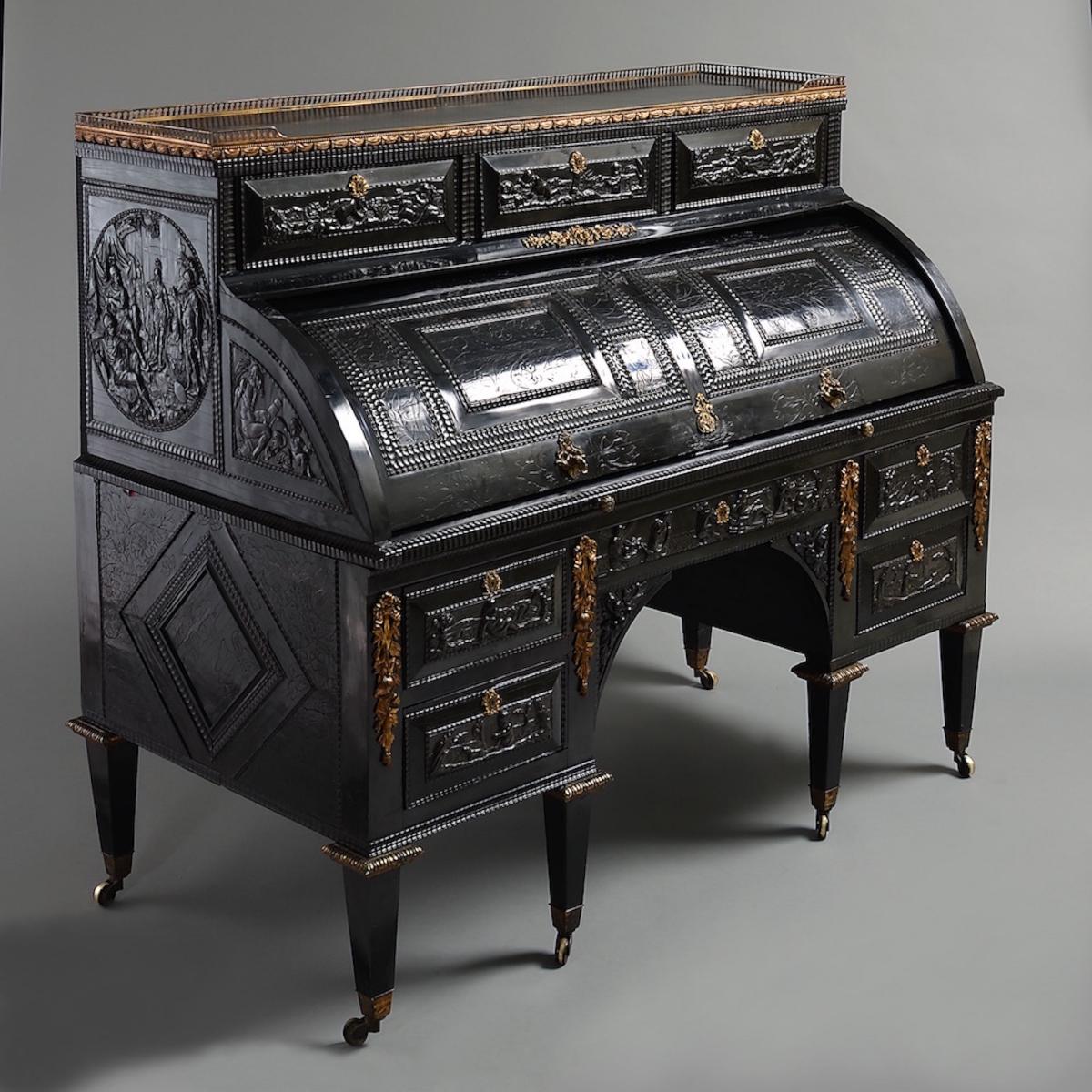 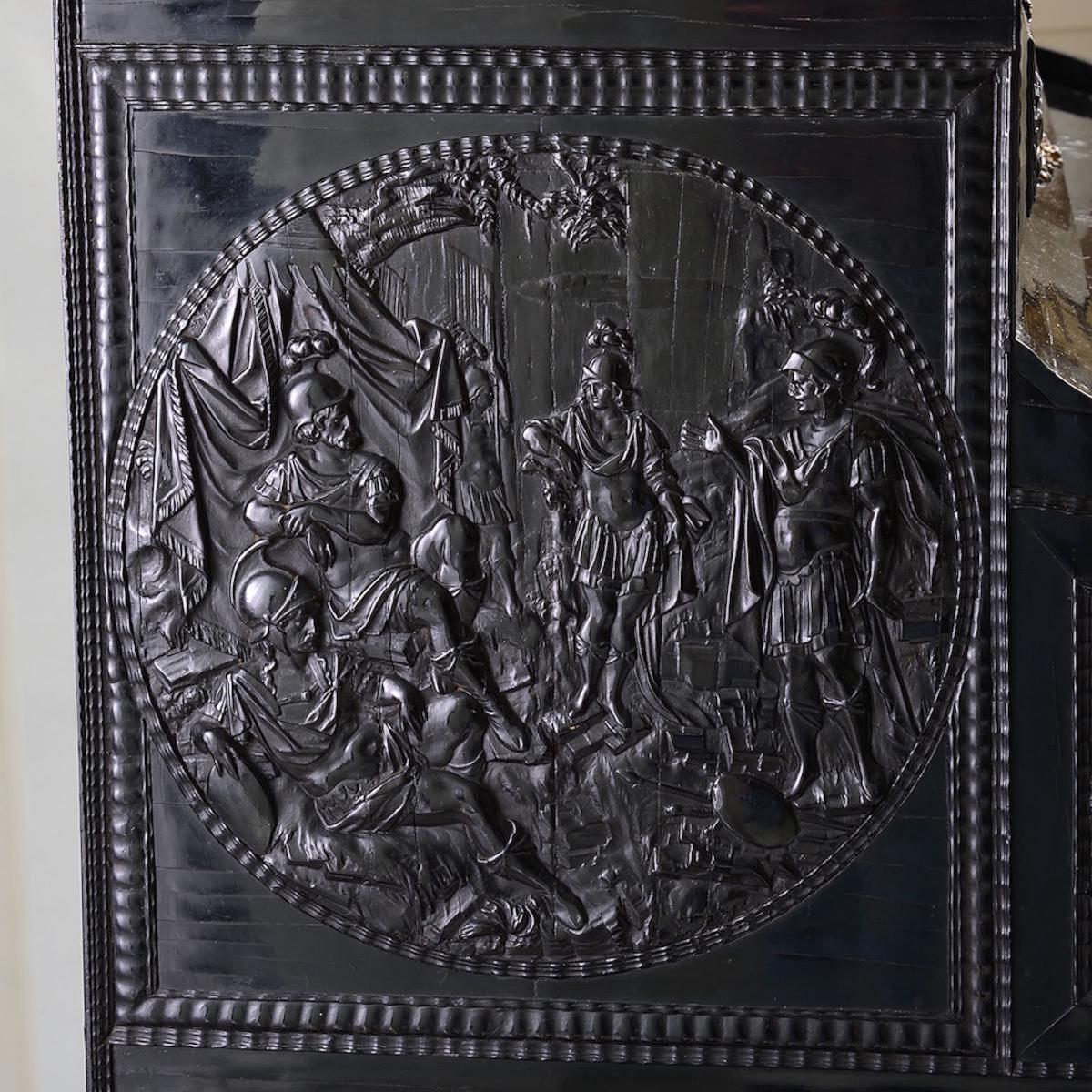 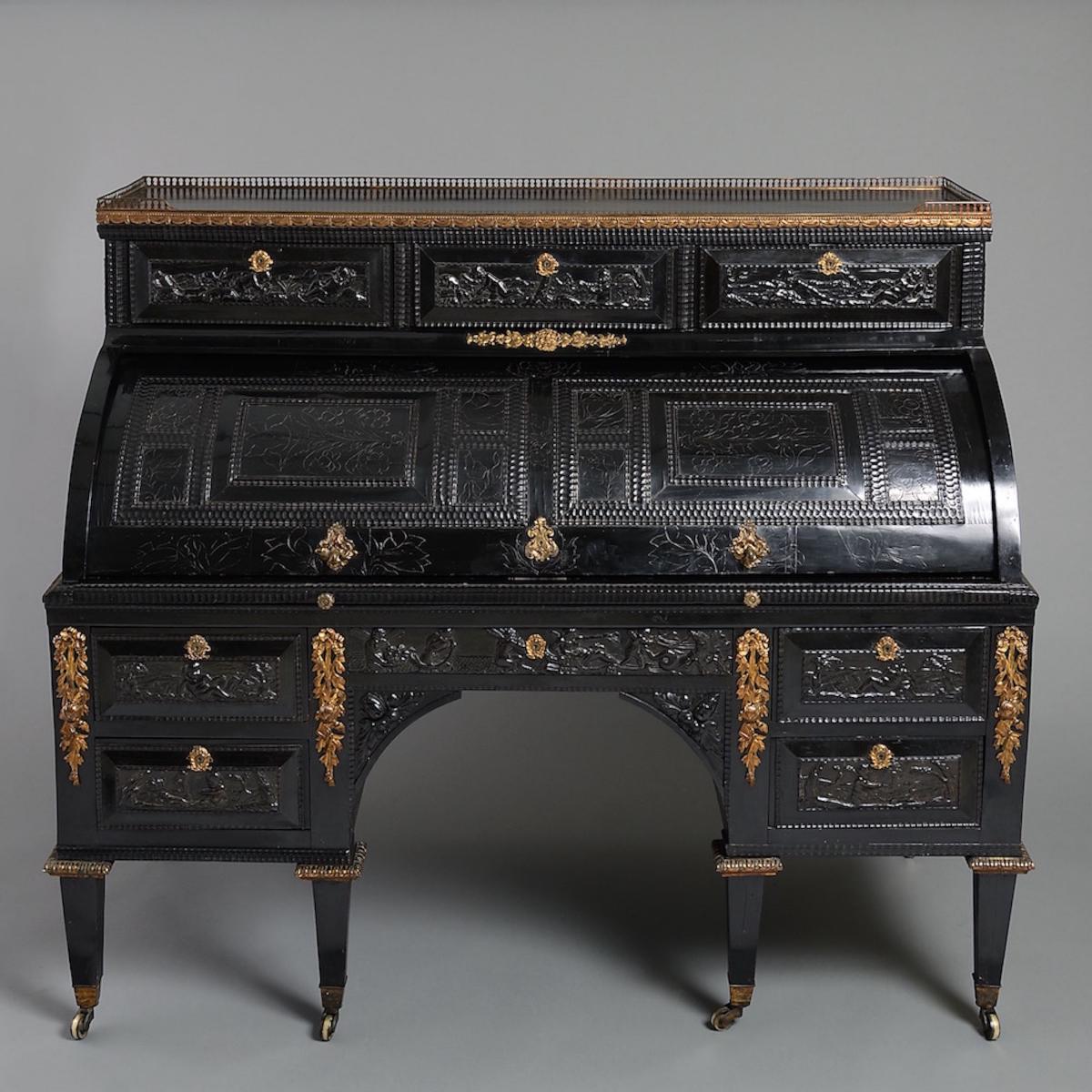 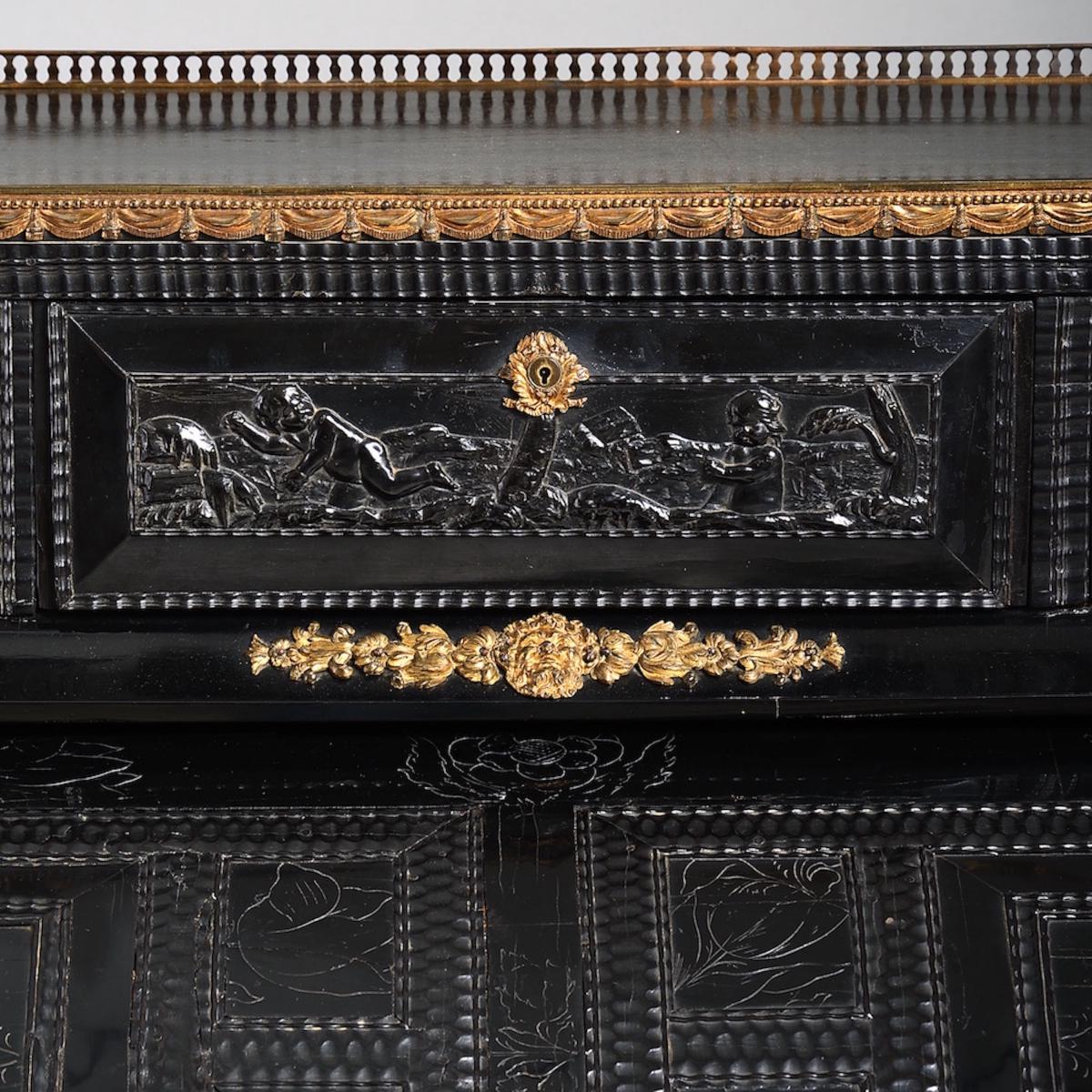 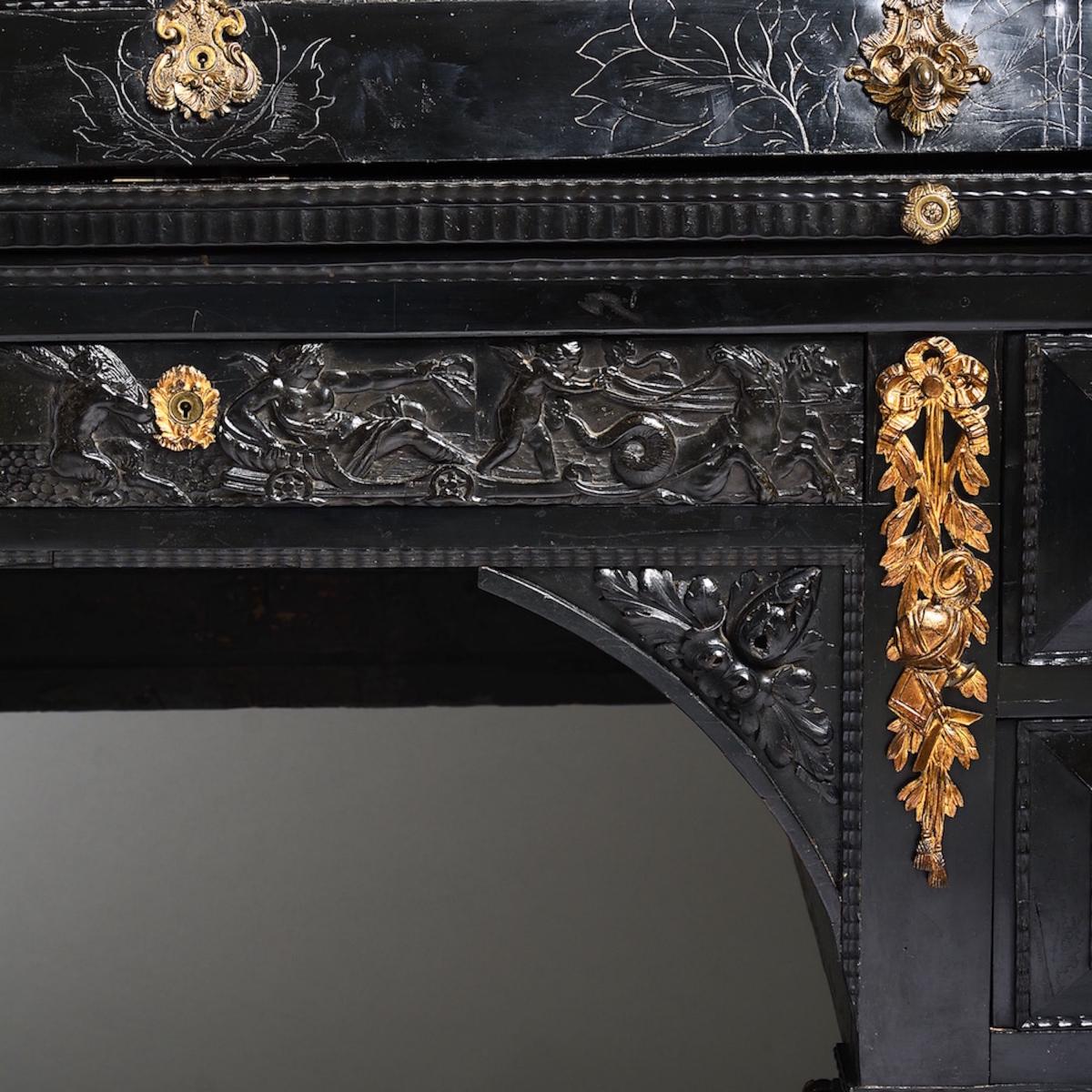 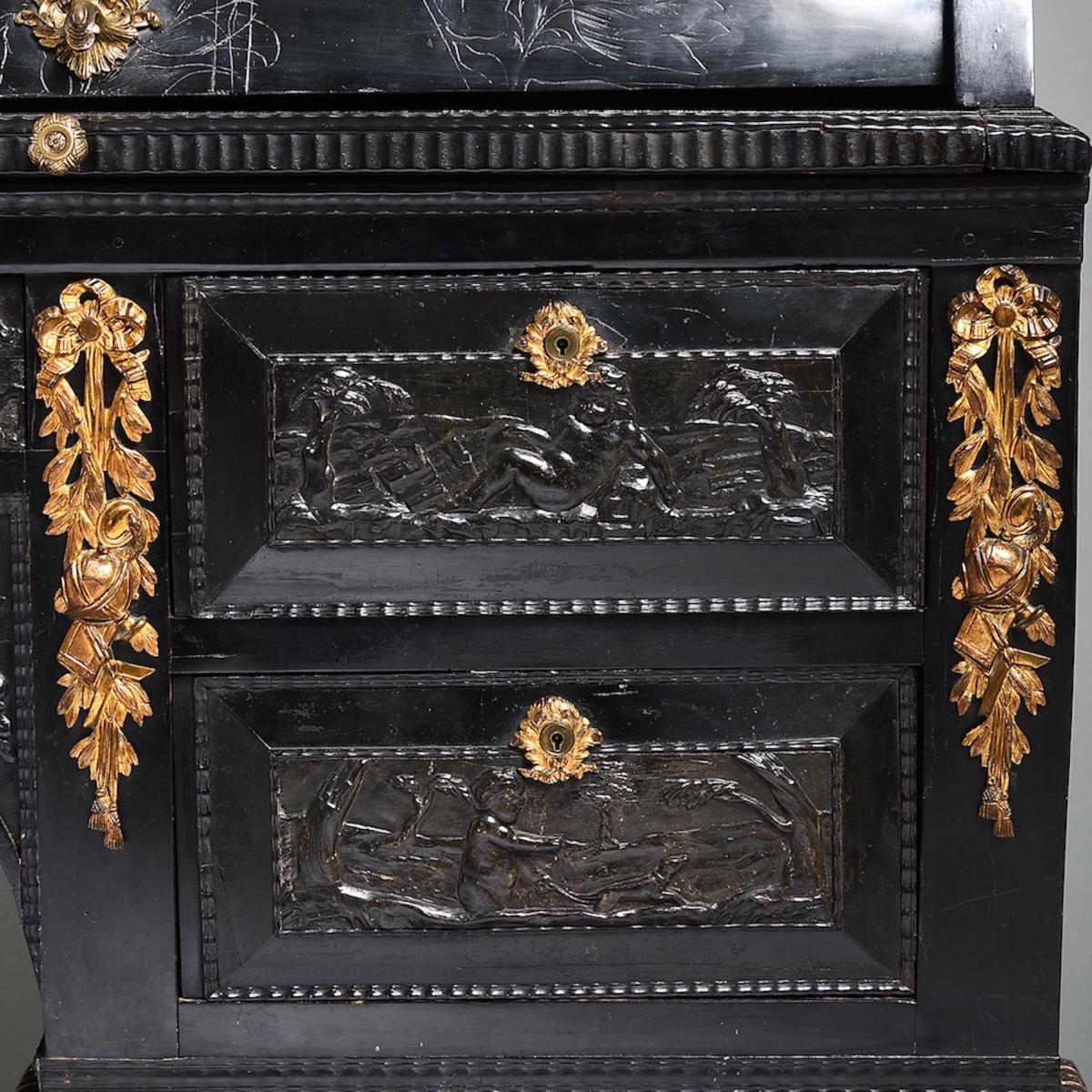 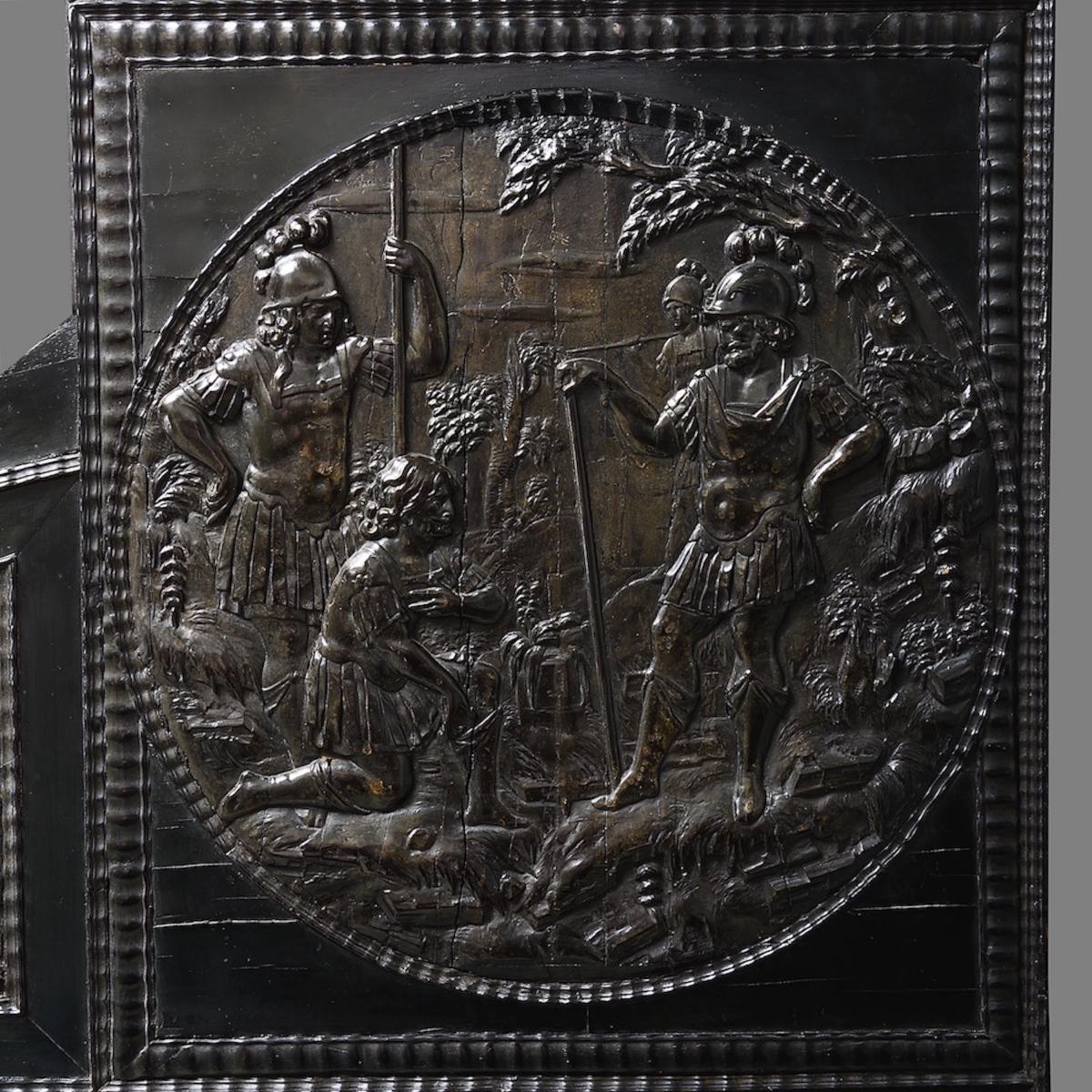 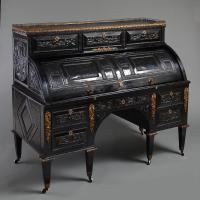 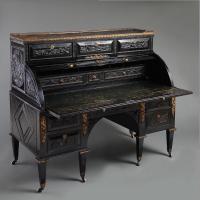 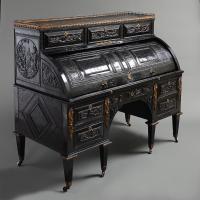 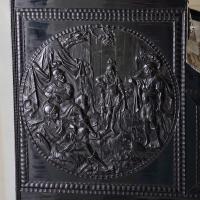 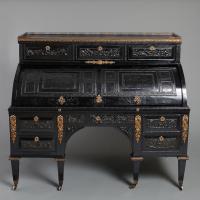 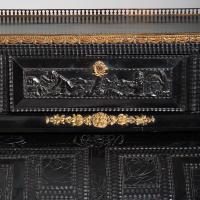 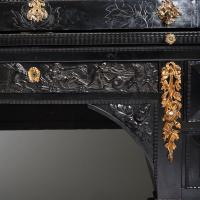 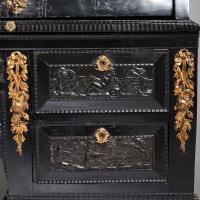 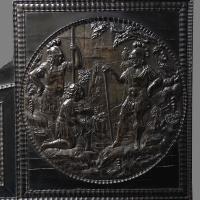 A desk of exactly this form (but without the gilt-bronze mounts of our bureau) was supplied in 1823 to Sir Walter Scott at Abbotsford and is the subject of a number of letters between Scott and his London agent Daniel Terry.

Terry had found the Abbotsford bureau in the shop of the cabinet maker, dealer and marchand mercier extraordinaire Edward Holmes Baldock, who was simultaneously supplying George IV and much of the leading aristocracy.

The Abbotsford bureau is also made from a (and possibly from the same) dismembered French carved ebony cabinet made in Paris in around 1640.

Terry wrote of it that he had found one of the most solid and superb ebony escritoires I ever saw or think ever was in London… it would certainly complement most nobly your new Library, the price is a 100 guineas… Scott replied I am completely Lady Wishfort as to the escritoire (i.e. desperate to have it).

In 1826 Pugin’s pupil C J Matthews stayed at Abbotsford where he described being shown by Scott a mysterious sable ebony bureau doubtless containing the steam-engine, loom, water wheels or whatever machinery it may be with which he manufactures the patent novels... 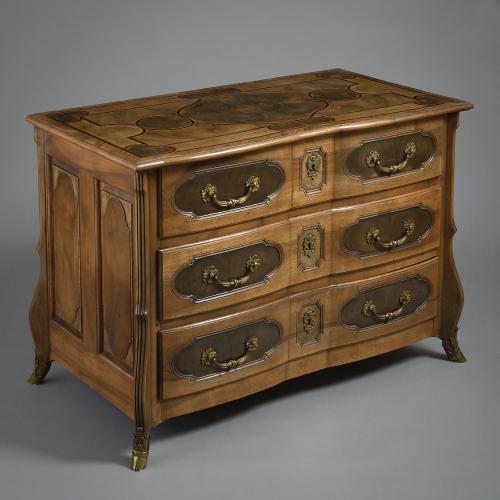