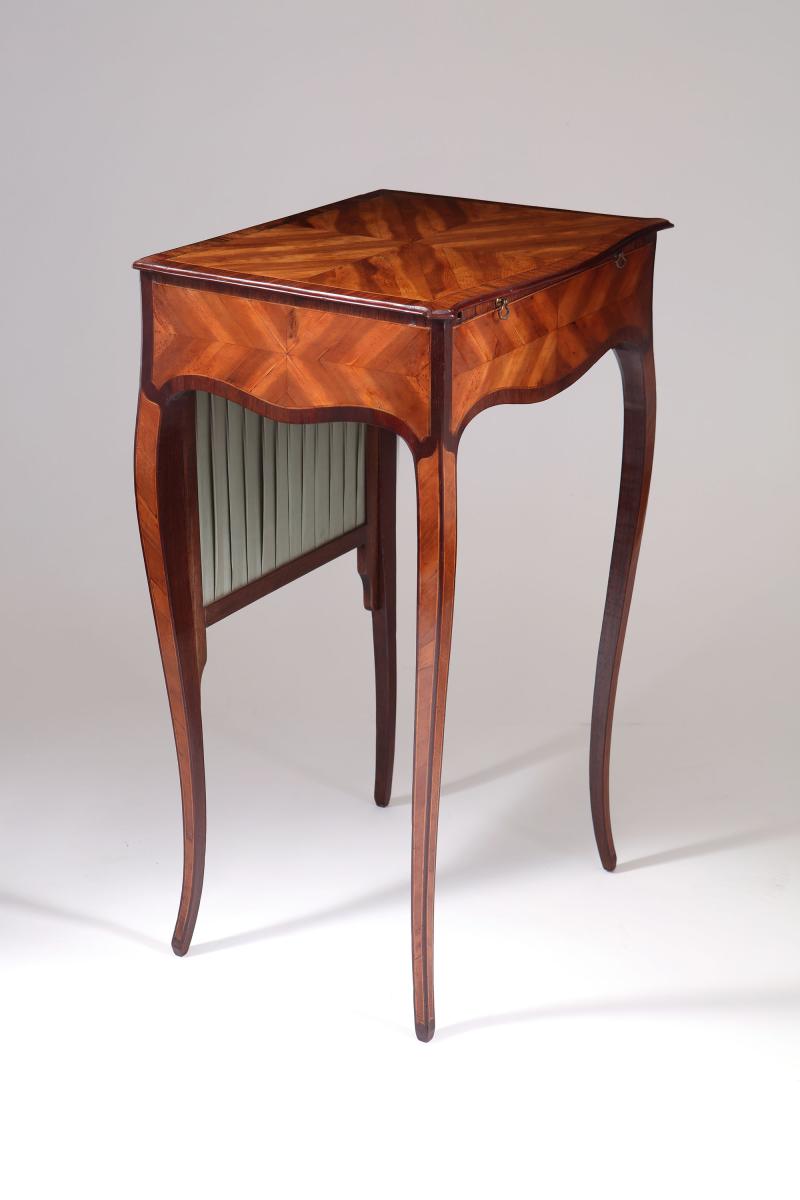 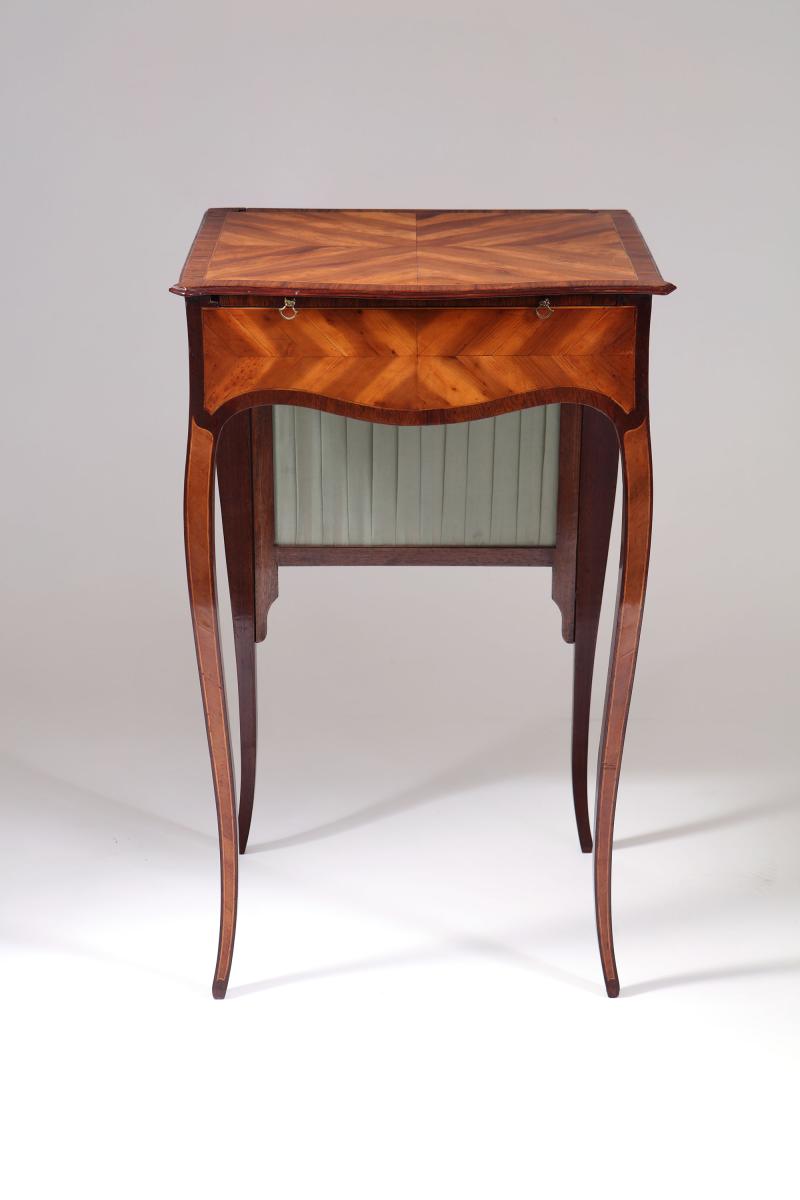 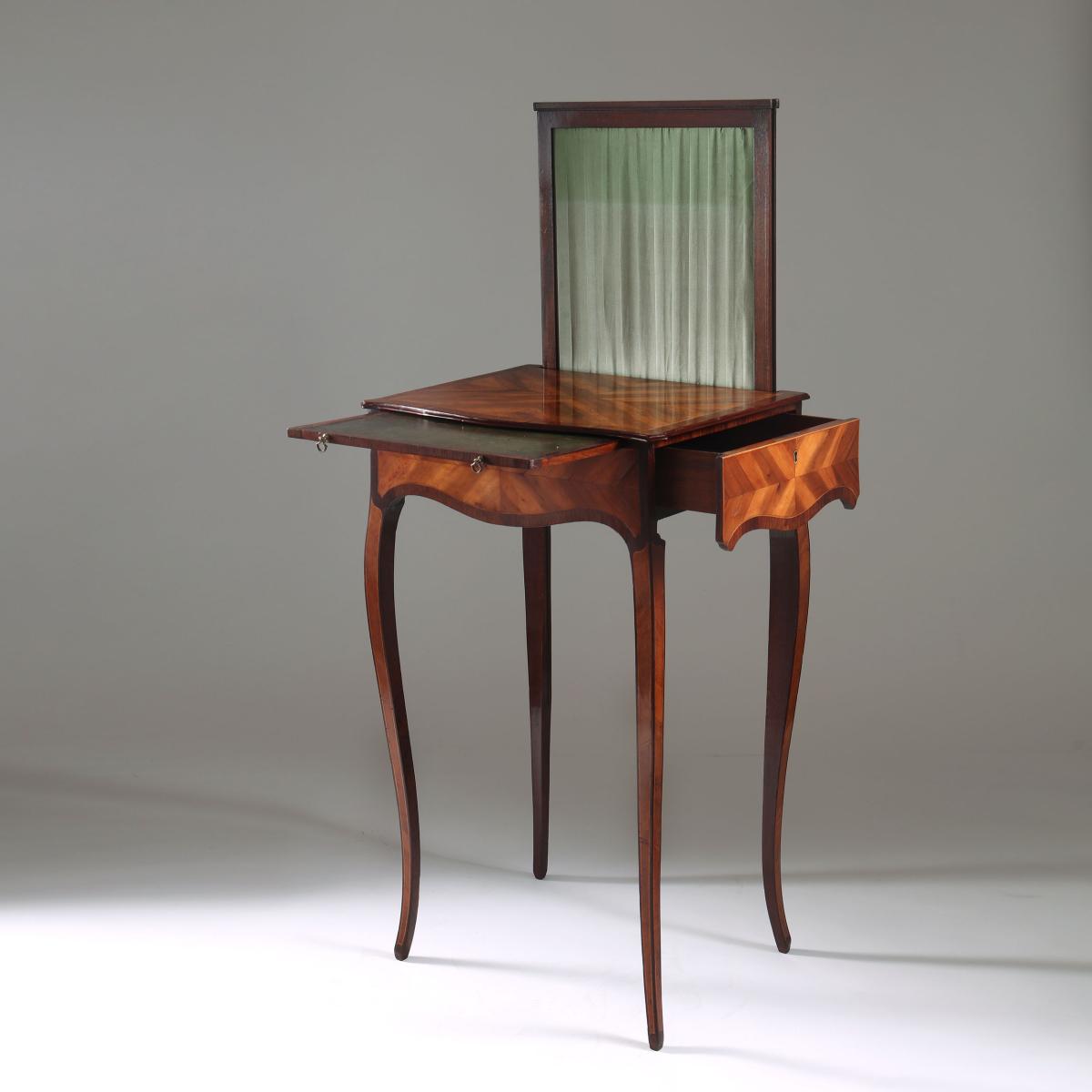 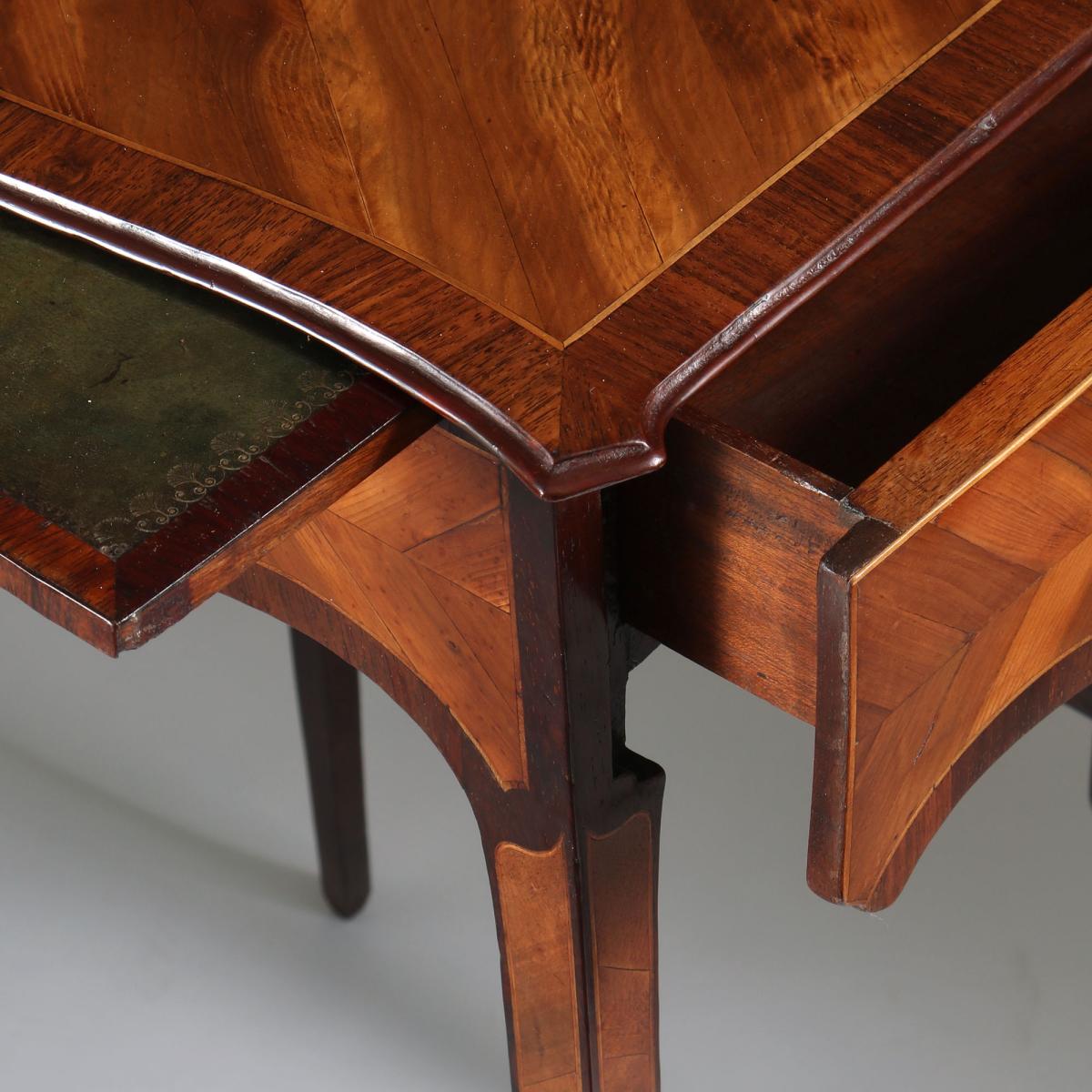 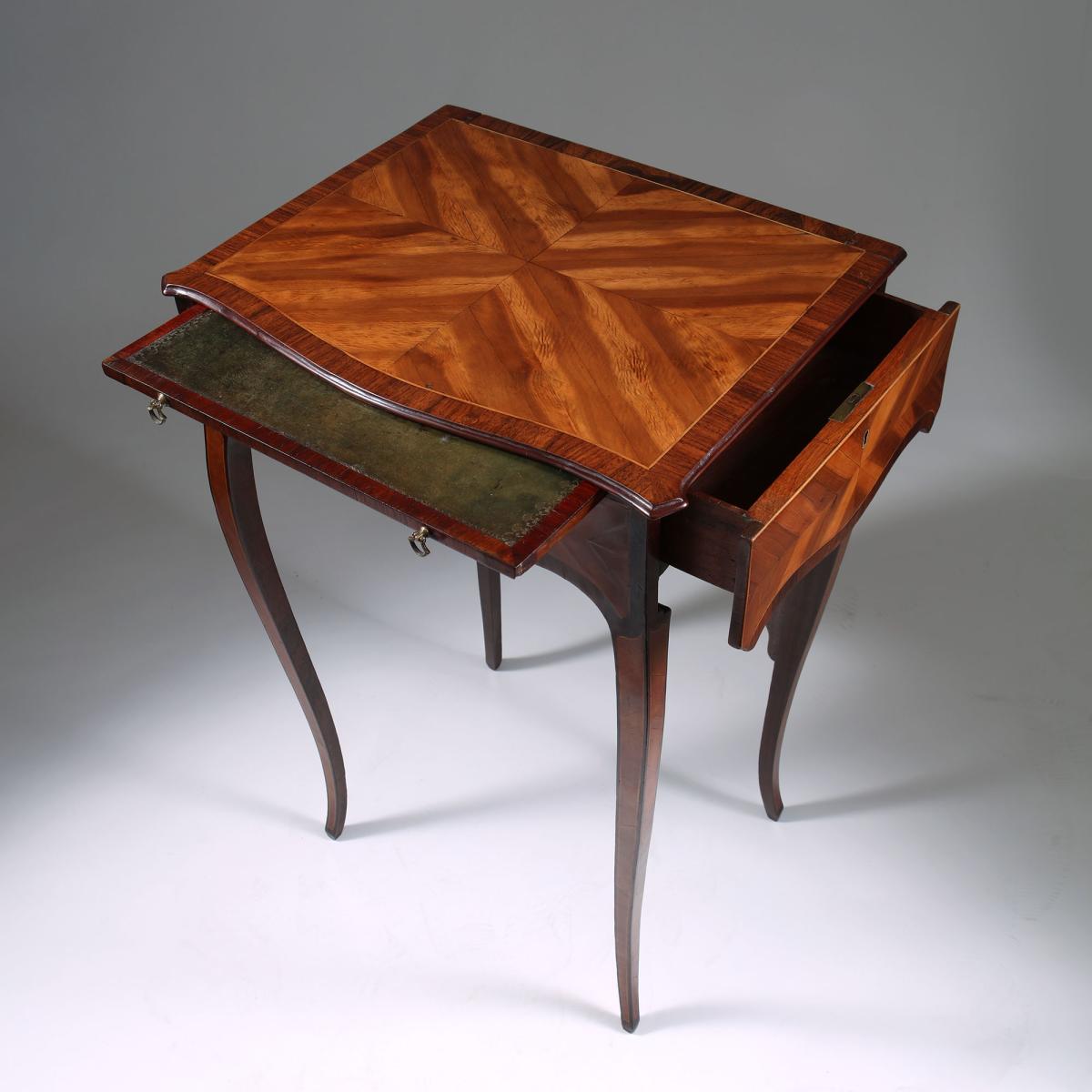 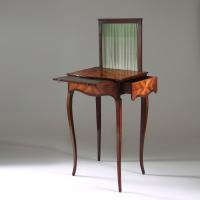 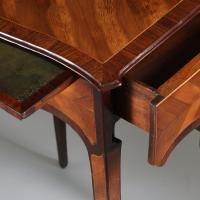 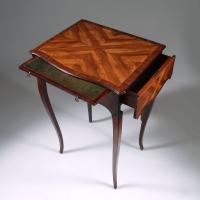 An elegant George III yew wood work table in the French style, the top and sides finished in a chevron pattern of mirror-figured veneers in yew wood with a crossbanding of rosewood highlighted with boxwood stringing, with a writing slide finished in tooled green leather, a concealed reading screen with pale green silk and a side drawer, standing on slender cabriole legs.

The form of this type of work table derives from a French pattern introduced by Pierre Langlois in the mid 18th century. A table at Alnwick, in the Northumberland Collection, is believed to have been acquired by Elizabeth, Duchess of Northumberland, in the early 1760s from Langlois. (See P. Thornton and W. Rieder, 'Pierre Langlois, Ebeniste', Part 4, The Connoisseur, April 1972, p.258, fig.4). Other cabinet makers including John Cobb and Thomas Chippendale adopted the style.

Also known as screen tables, by pulling the screen up at the back and adjusting the height, a lady could write or work near the fire, while protecting her face from the heat. 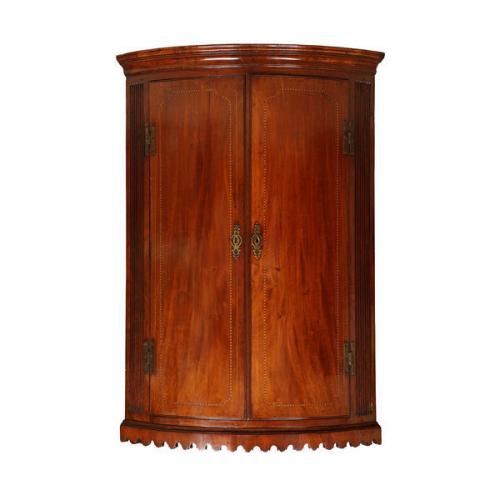 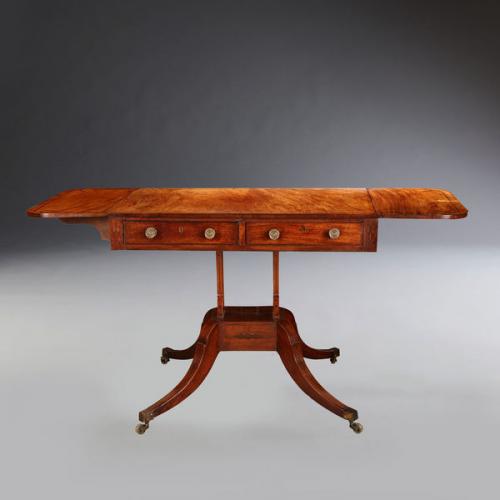 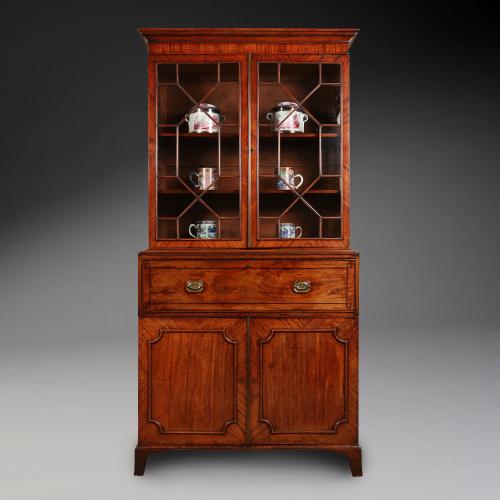