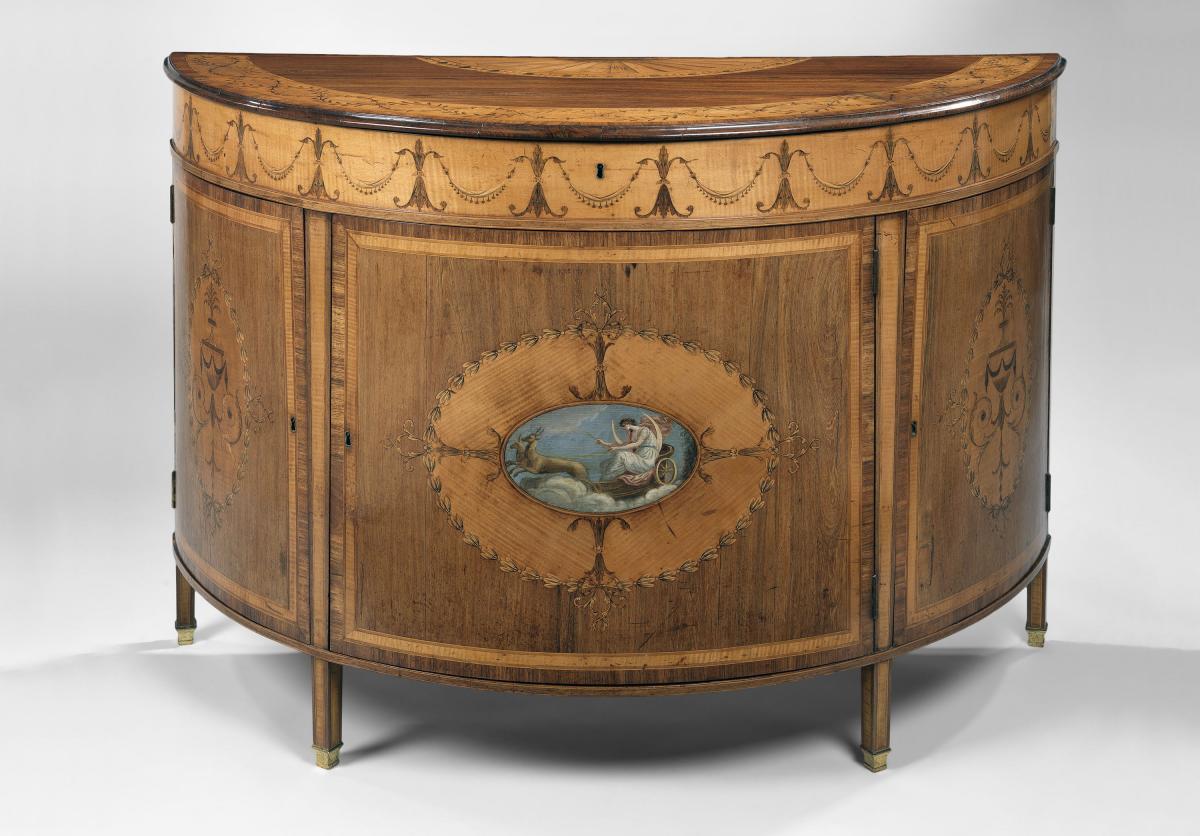 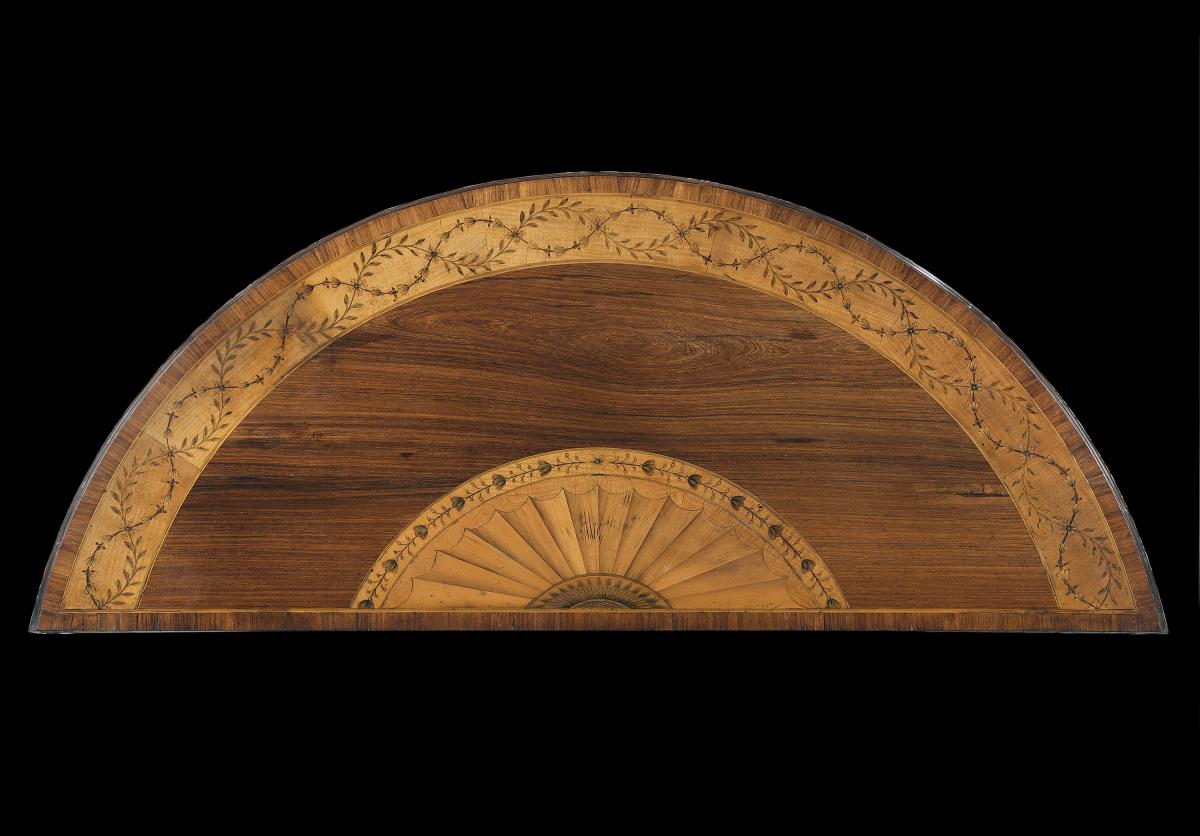 Cross banded throughout, the hinged top centred by a half sunflower and shaded fan within a flower-sprig border and with a wide band of trailing leaf vines, above a frieze with acanthus leaves and drapery swags; below are three doors each with an oval medallion, the centre door with a painted oval panel depicting Diana, the side doors with swagged urns and foliate scrolls; all within bell-flower borders, each door enclosing three blue paper-lined drawers, on later square feet.

The features of the semi-elliptical commode conform with those identified as characteristic of Mayhew and Ince, the celebrated Golden-Square, London cabinet-makers. These were first discussed in Hugh Robert’s, 'The Derby House Commode', The Burlington Magazine, vol.CXXVII, no.986, May 1985, pp275 - 283, while a group of related commodes from the collection formed by William Lever, 1st Viscount Leverhulme (1851-1925) at the Lady Lever Art Gallery, Port Sunlight, are detailed in Lucy Wood’s, Catalogue of Commodes, 1994.

The commode’s top is centered by a sunflower and fan patera which corresponds to a commode attributed to Mayhew and Ince and illustrated in Lucy Wood (ibid, pp.236-238, no.28), while the unusual treatment of the husk or split-leaf that decorates the frieze and borders the painted medallion relates to a commode made from a side table attributed to the firm (L.Wood, ibid, pp.299-302, no.40).

The husk wreath bordering the oval panel in the door is similar to that on a serpentine commode in the Leverhulme collection (L.Wood, ibid, pp.217-221, no.24). The overall form of this commode is unusual in that the stiles dividing the doors taper as if it were to have been a side table, with the doors correspondingly shaped. Two similar examples are illustrated in Lucy Wood’, ibid, pp.226-235 and 236-238, nos.27 and 28.